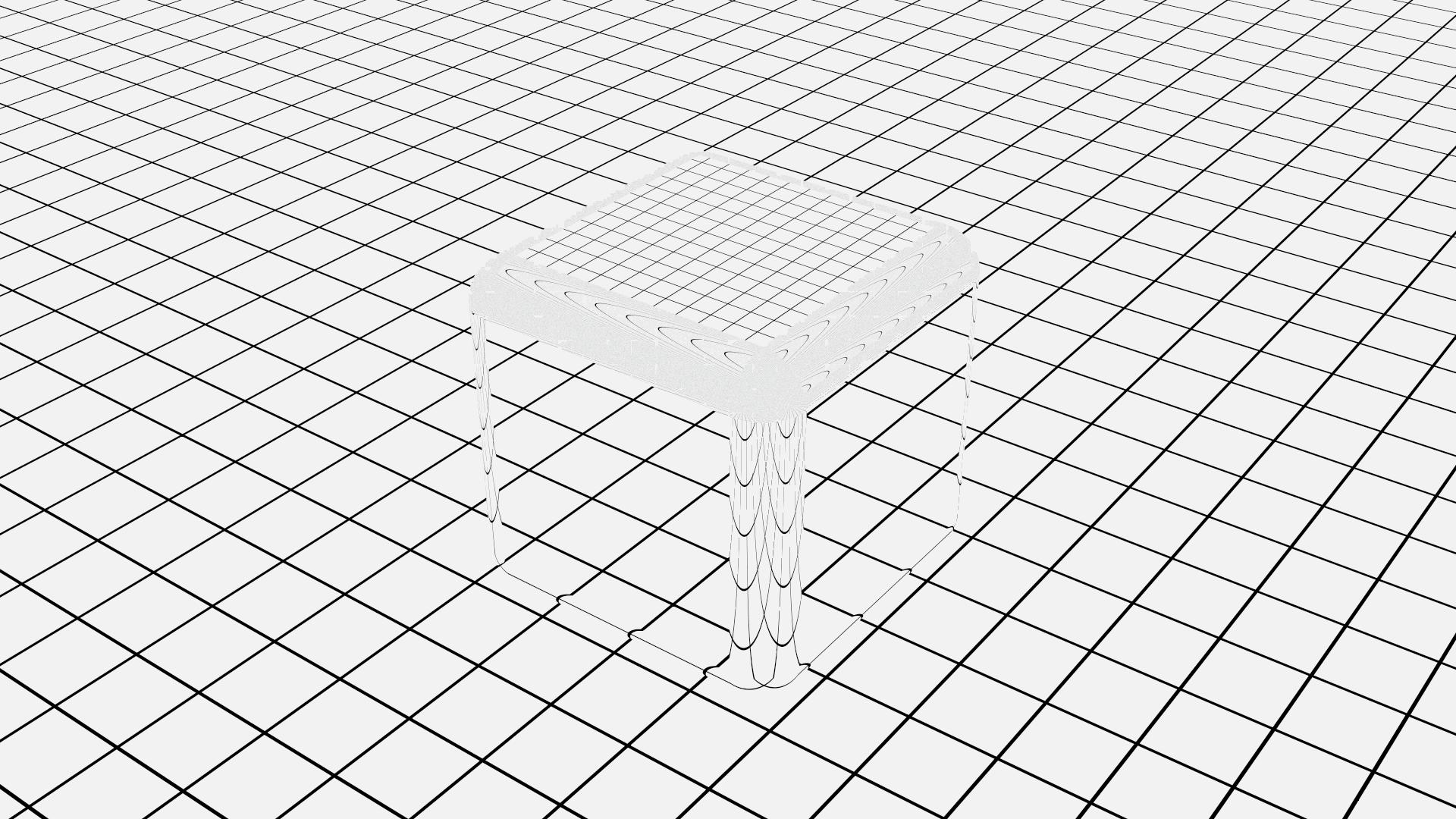 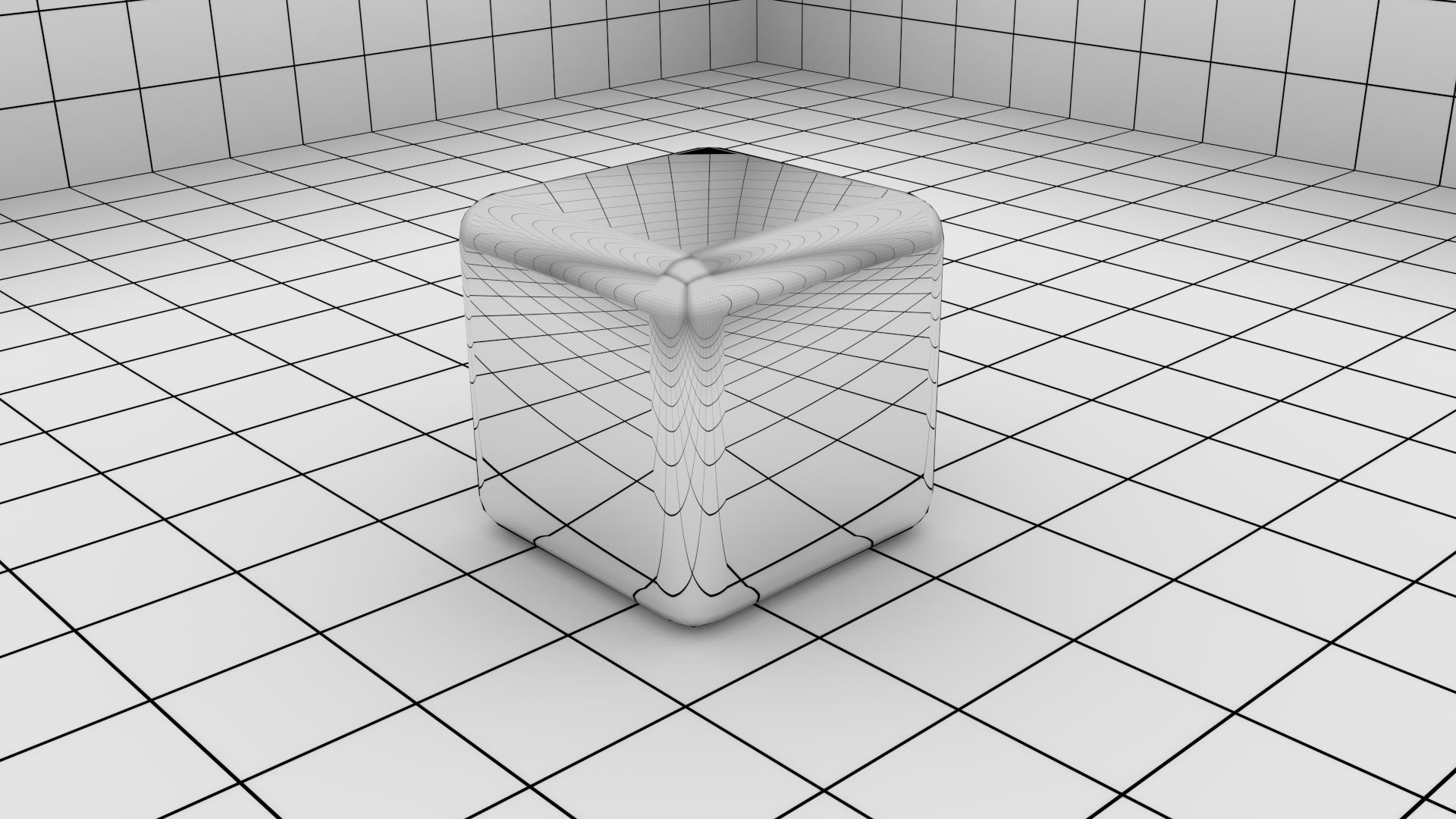 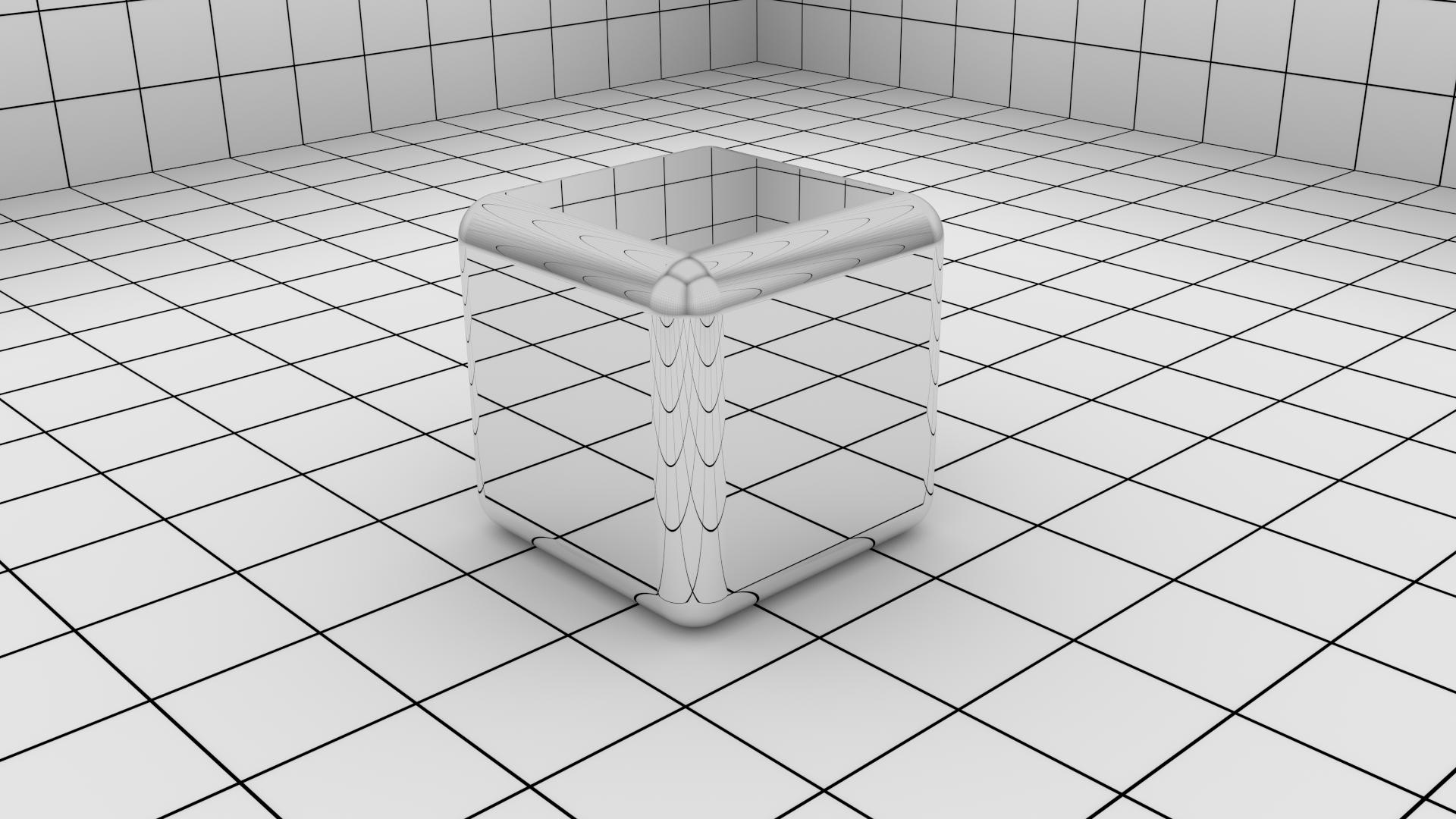 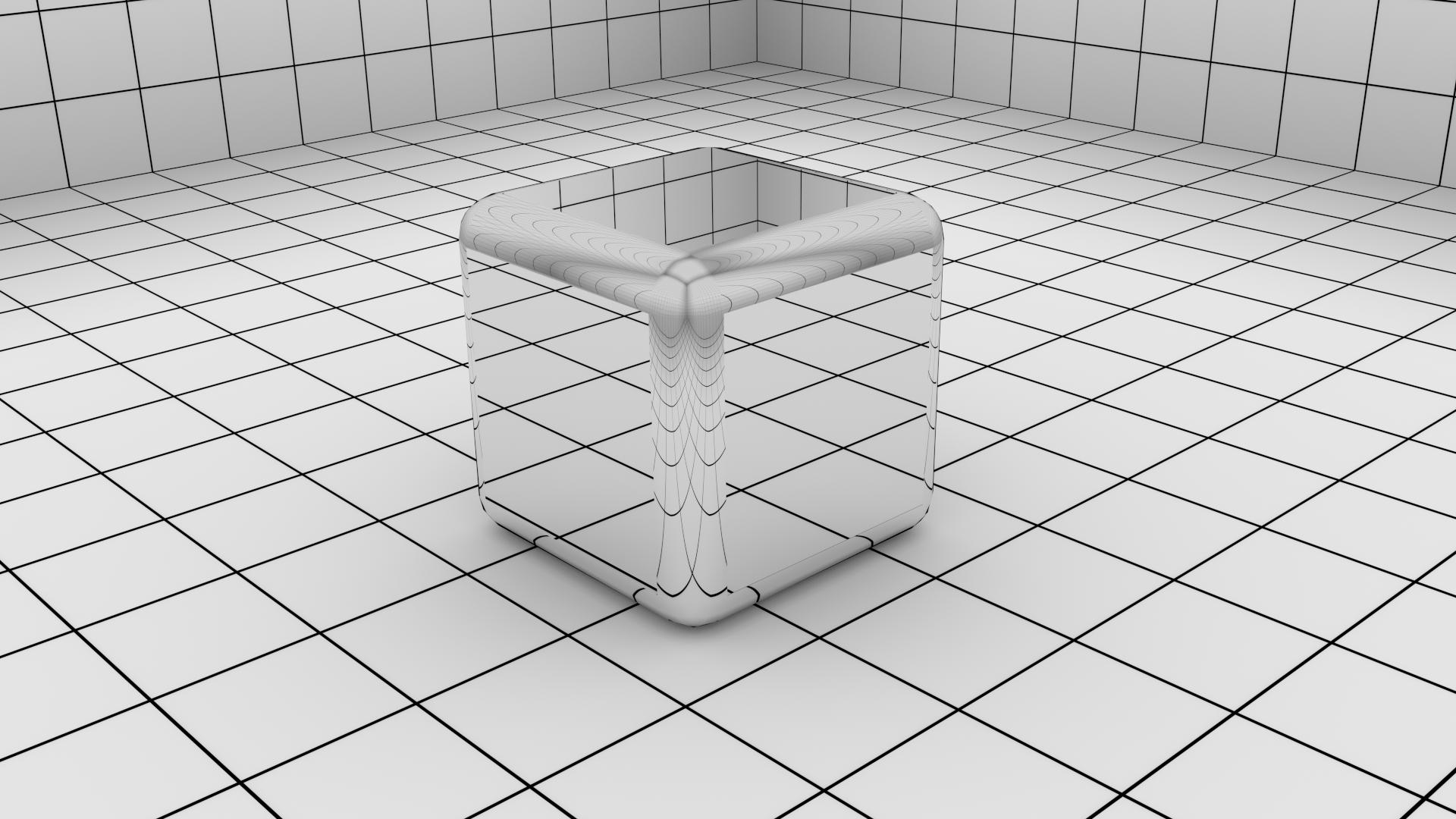 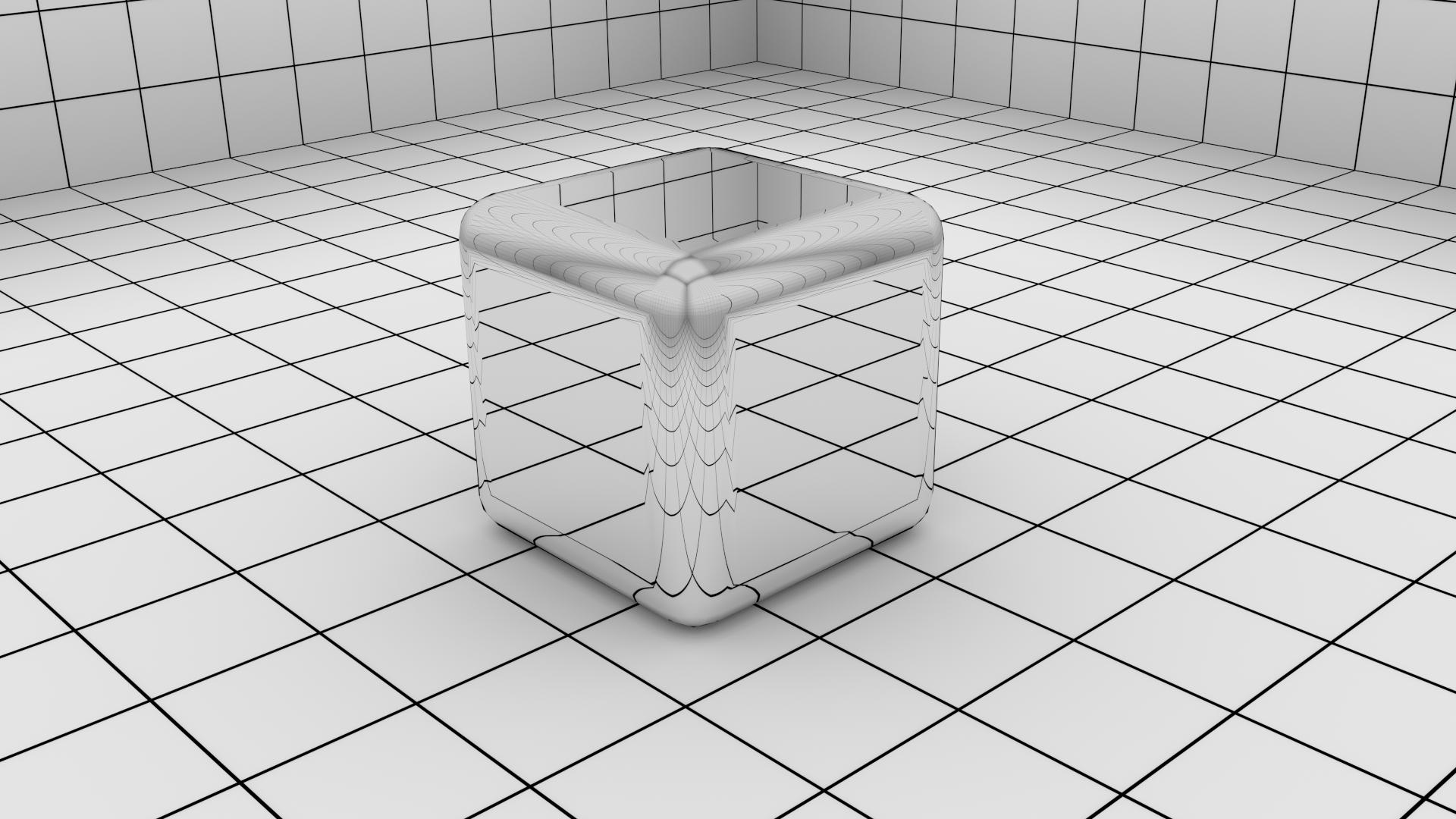 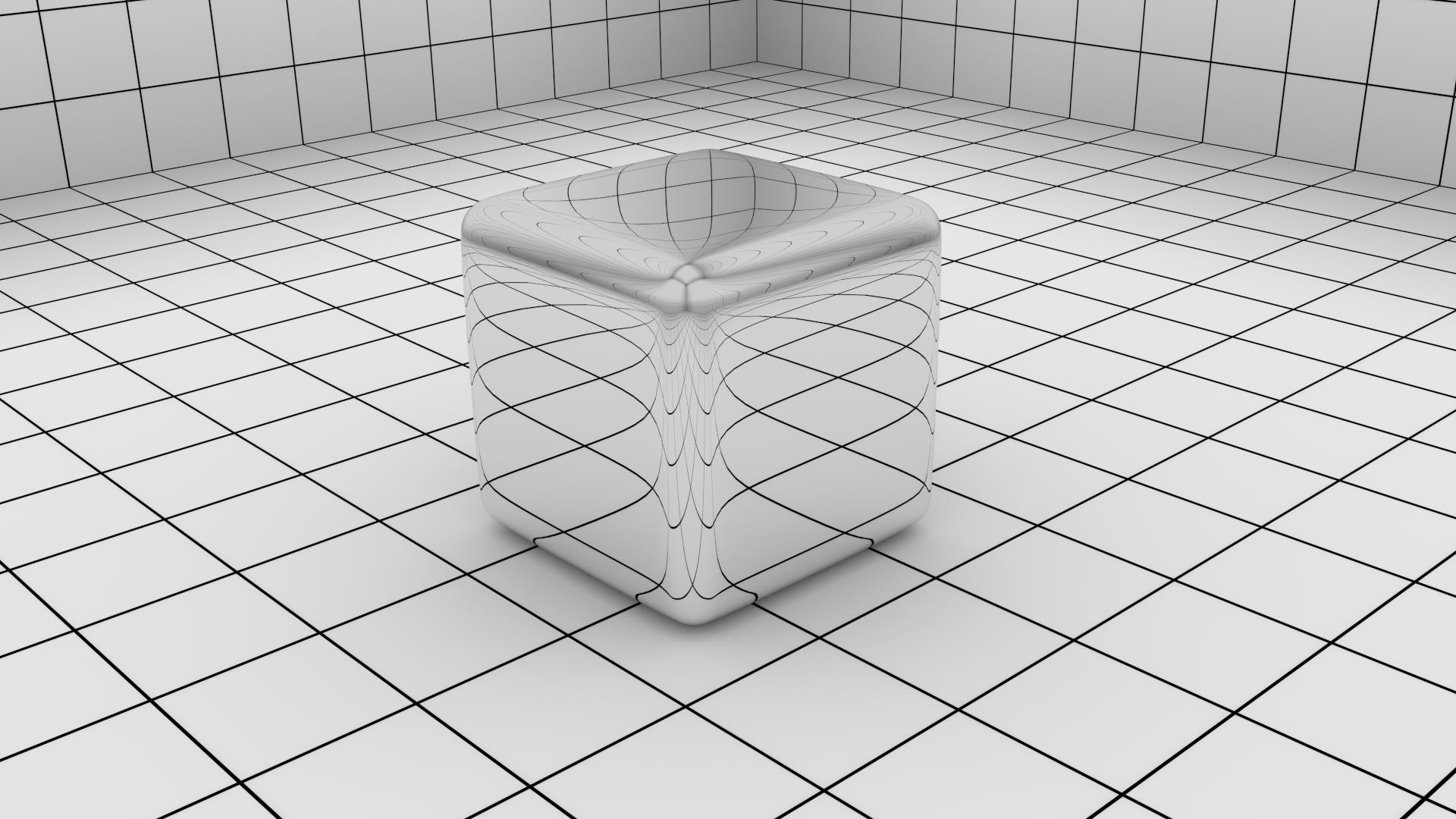 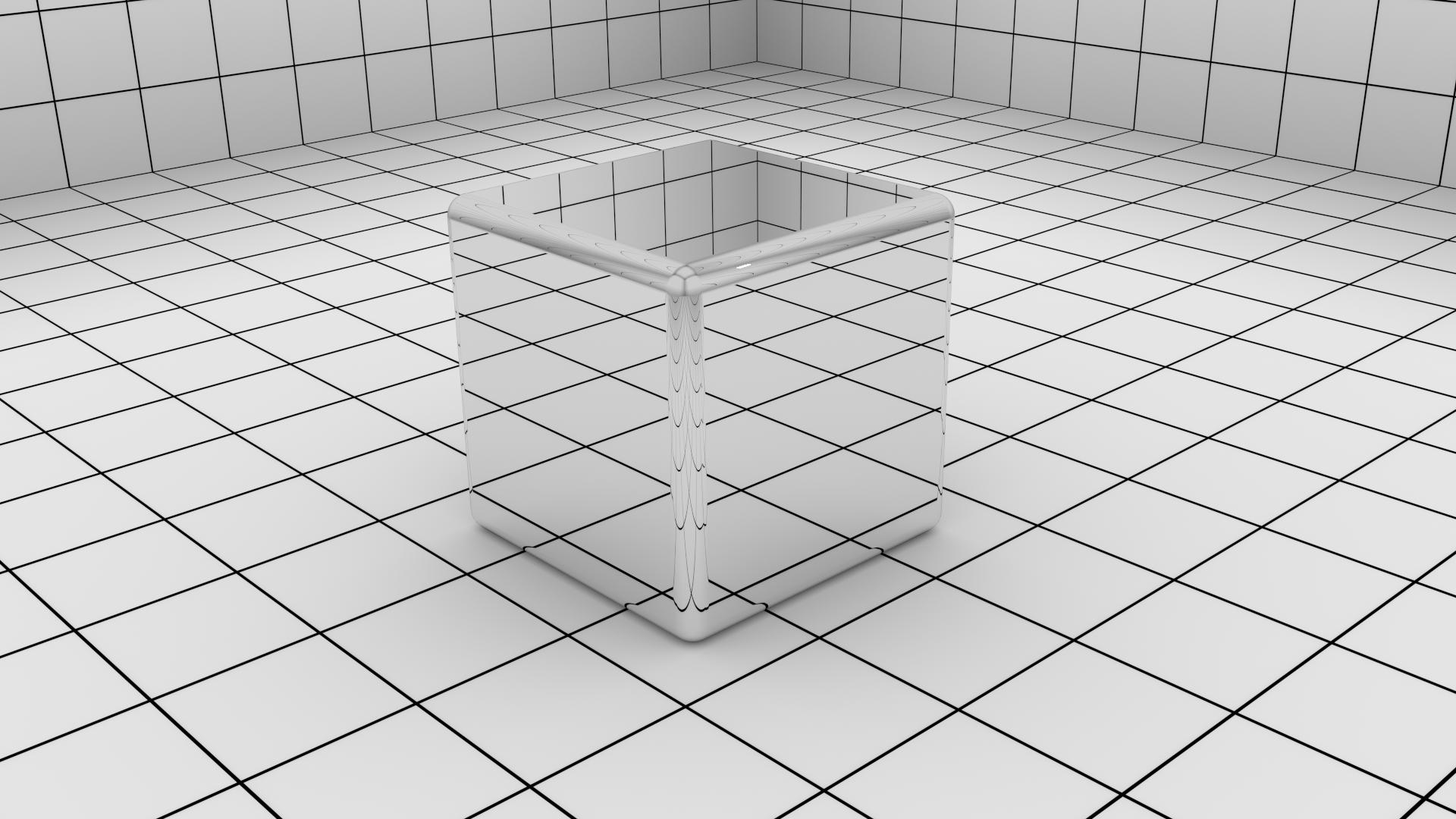 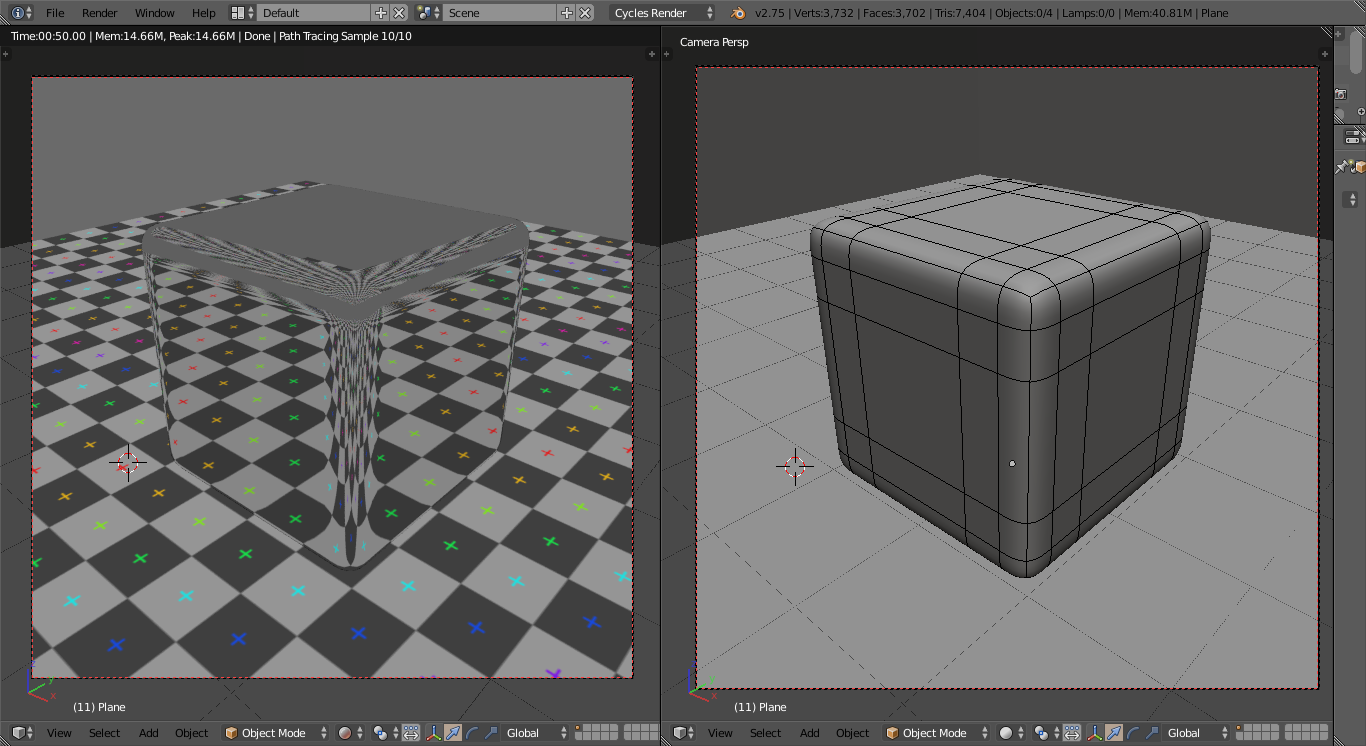 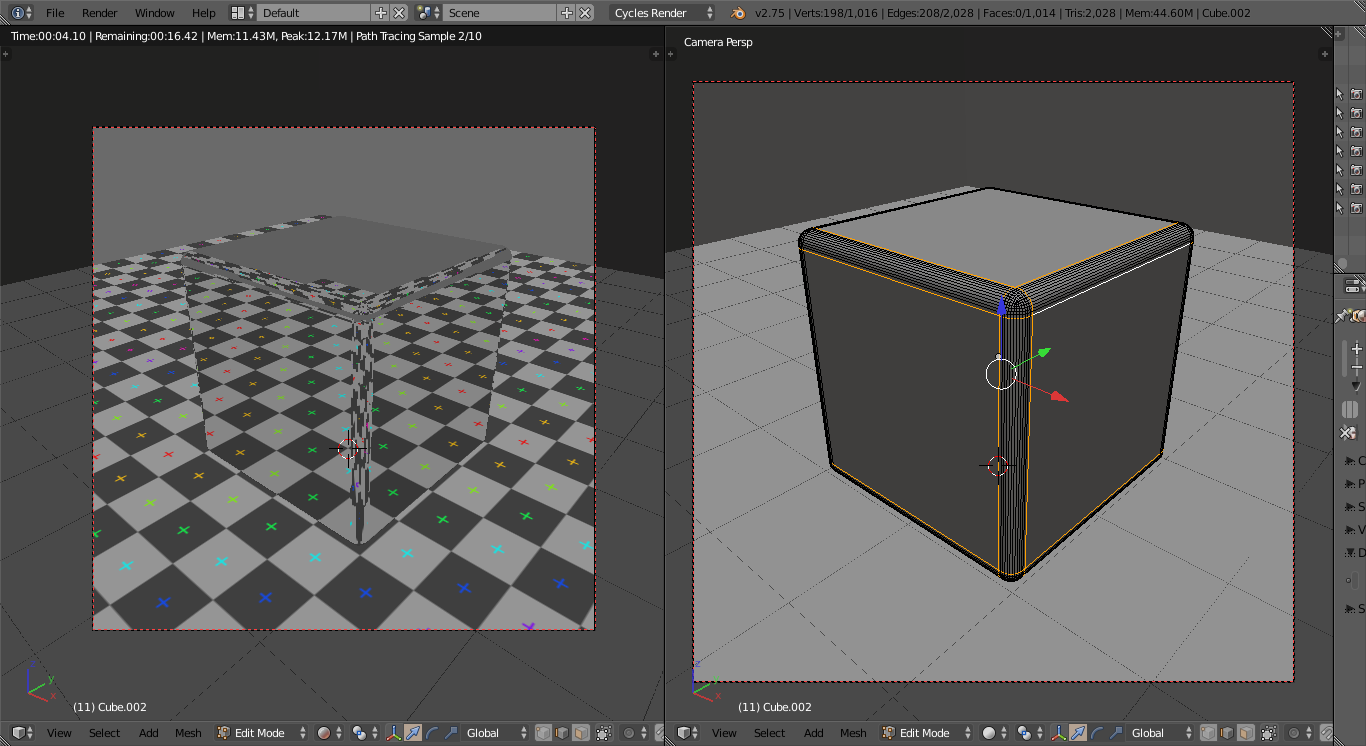 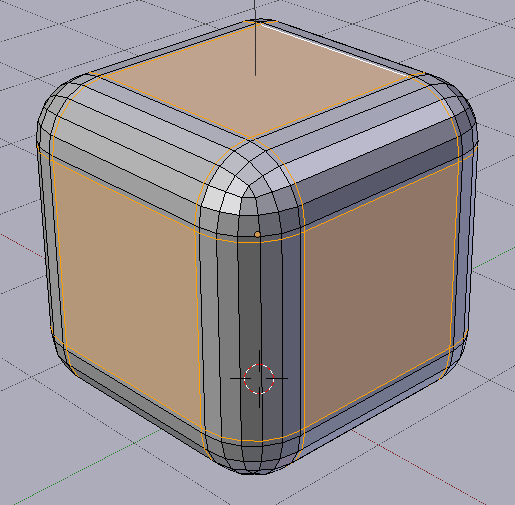 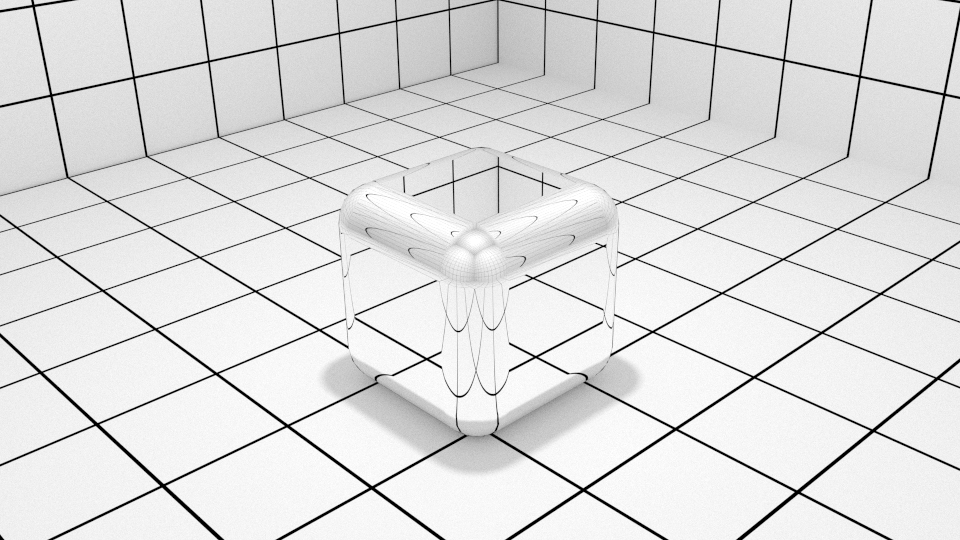 Just for more exhaustive options in the answers, One could of course render with POV from Within Blender using native addon, then the Superquadric Ellipsoid primitive with a small ring manipulator value and a cross manipulator value around 2, would provide a rather close shape. For an exact similar shape with mathematic non mesh primitives, CSG operations are available in the boolean modifier to combine POV cylinders and POV cube. All within Blender UI.

12
Cycles advanced shader ball?
0
Editing lighting on the sides of a cylinder
1
What methods can be used to cut irregular shaped holes in flat beveled surfaces with clean topology?