How to reduce Noise in a Dark Cave scene

So currently I'm watching Andrew Price's tutorial on "How to Make a Cave in Blender - Tutorial". I've made some progress, and decided to make a nice render - this is a screenshot of the rendering progress: 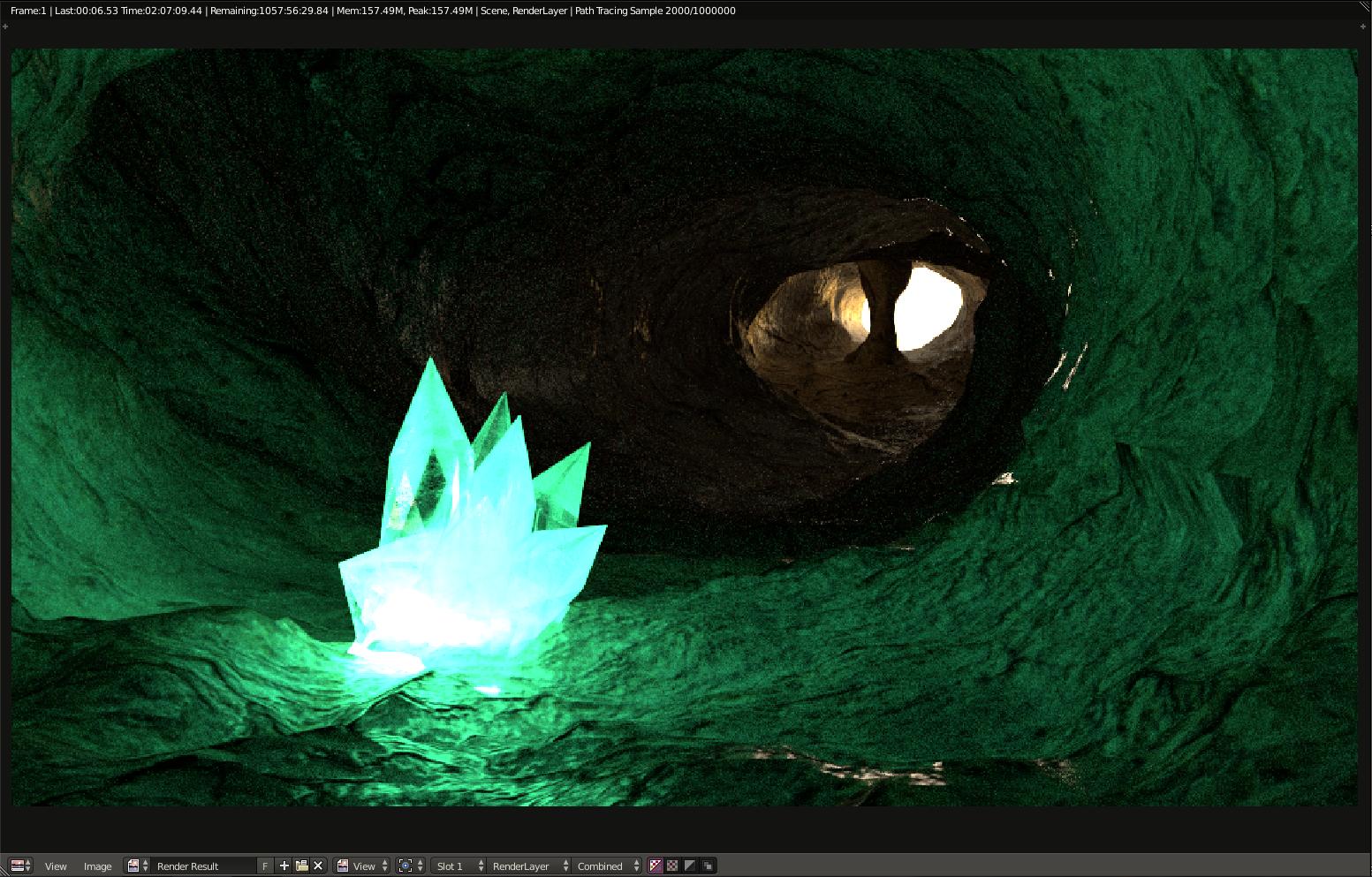 You can't see that well, but the rendering is at path tracing sample 2000 of 1000000 (one million). By then it's been running for two hours. But when I compare this picture with Andrew's final render of his cave, I notice the differences: 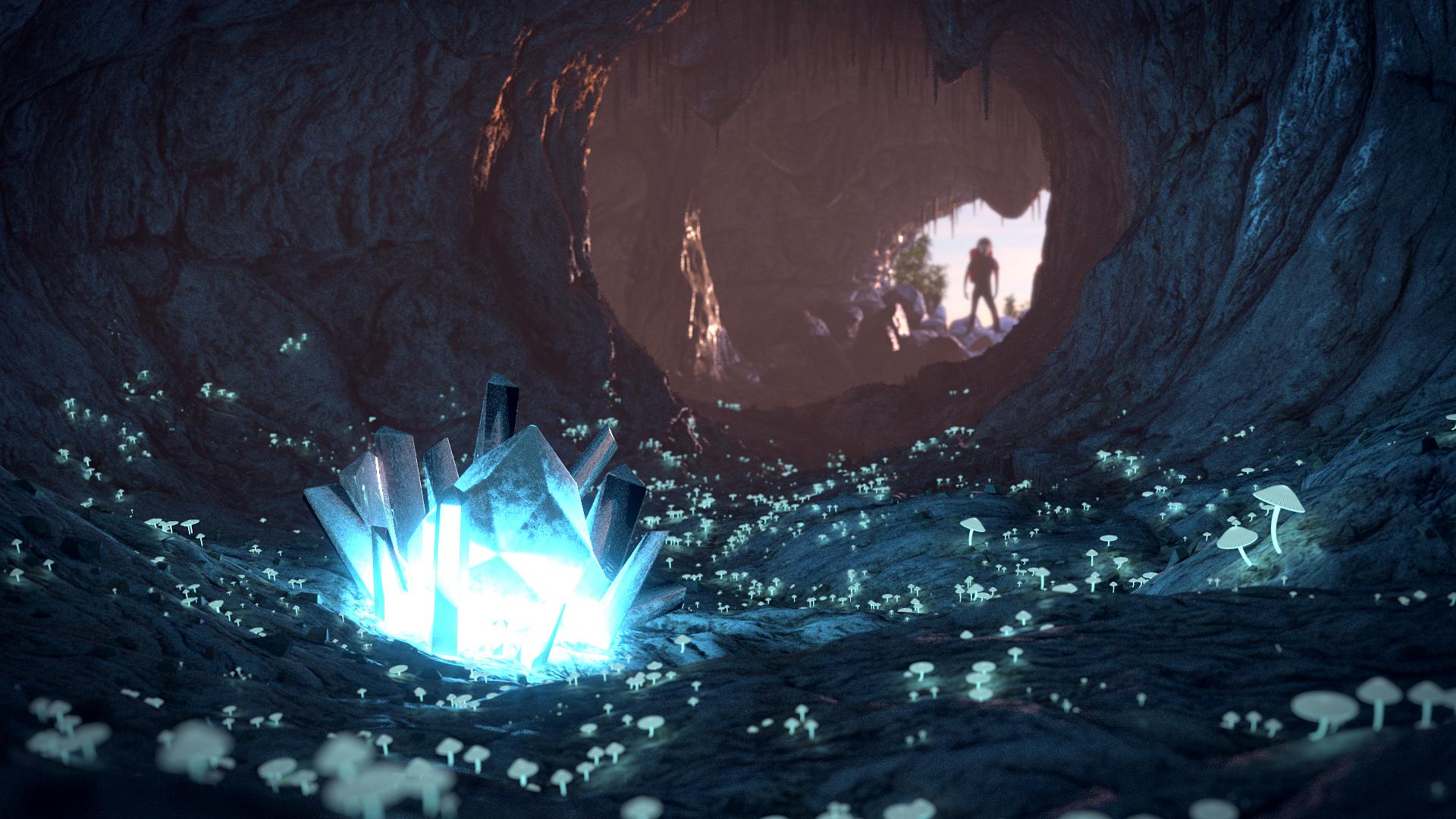 You can notice mine scene has a lot of noise compared to Andrew's, which is silky smooth (Even though my picture is bigger). How many samples should I have? Am I missing some rendering settings? Should I let the samples do their thing all the way to one million? (There's 1057 hours left... that is 45 days)

I've followed that same tutorial a while ago when I was just starting, and I might be able to help a tiny bit. This is what my result looked like: 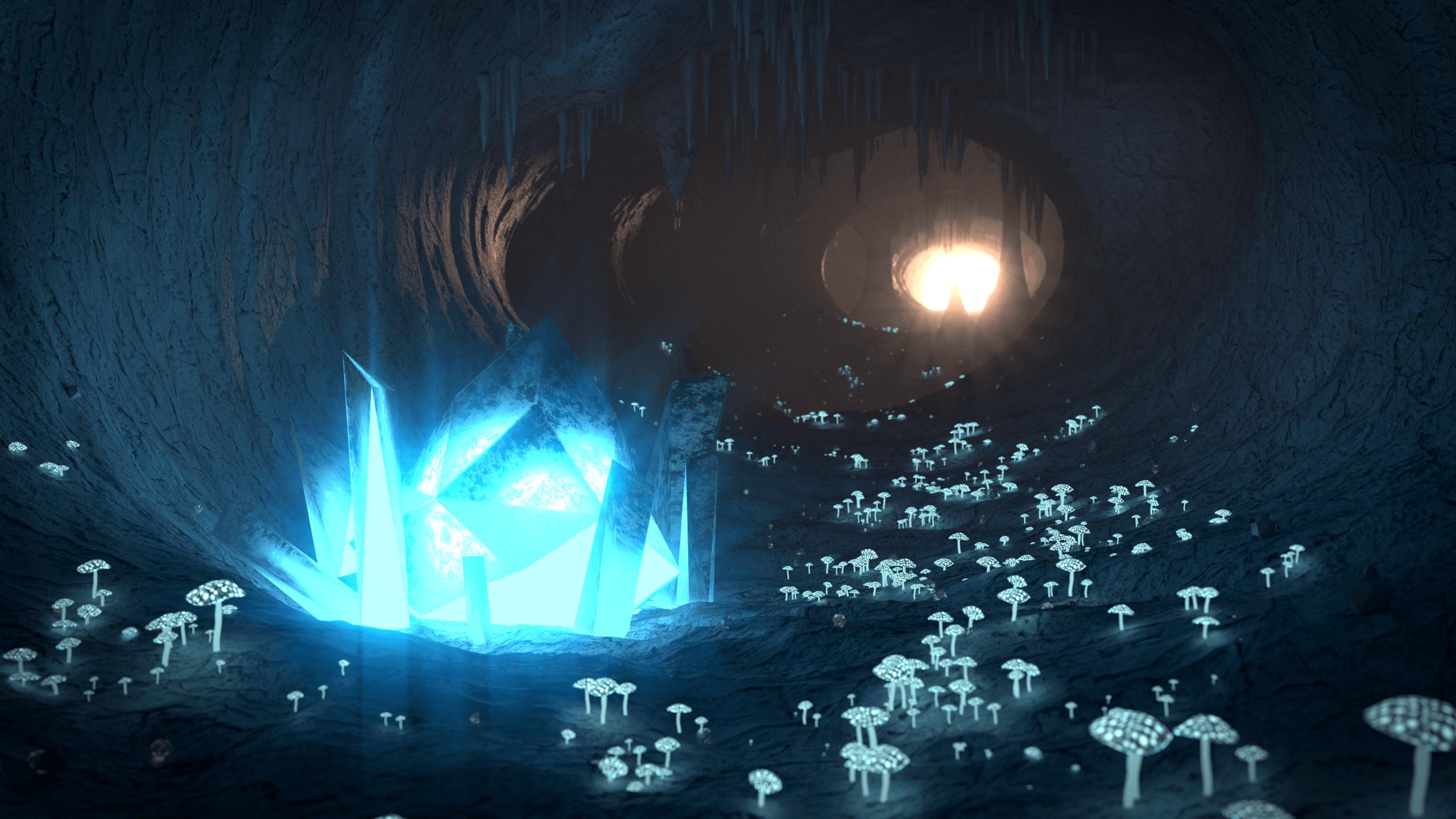 That is 1440p. I think I used 2000-3500 samples for the final render. And I only used that much because I left my computer on overnight and while I was at school. It took a long time, somewhere in the realm of 14 hours.

That being said, I realized fairly early on that there is a limit to how good a picture can look given the scene and settings, no matter how many samples you use. I think my picture would have just as much noise if I used 10000 samples; after a certain point it just doesn't matter.

That being said there are several things you can do to increase quality and time of your render, and I highly recommend that you look up how to do all of these. Here are just a few of them:

The most important thing you can do as a beginner at your stage is this: don't judge your render until you are closer to being finished, there is a lot you can edit along the way. Also there's absolutely no point to using an absurd amount of samples to preview an image, (again, until you're closer to being finished) you're going to add more to it anyway, and the preview isn't supposed to look like the final result.

If you're an absolute beginner, I would highly suggest starting somewhere easier. tutor4u (youtube) has some amazing step-by-step tutorials for a lot of things. As a novice myself, my main advice is to not overload yourself with scenes as advanced as the one you're trying to do, (and don't use 1 million samples, even 2500 is too much).

Afaik, There is not a single way, many factors weigh in, and you have to find which fits better for you... since you follow Andrew Price, have you already tried what he suggests here http://www.blenderguru.com/articles/7-ways-get-rid-fireflies ?

And, add to those sugestions from Andrew the relatively new "portal" feature, because that could change all... check: http://wiki.blender.org/index.php/Dev:Ref/Release_Notes/2.75/Cycles http://www.blenderguru.com/tutorials/using-portals-accelerate-render-times/

45
How to reduce fireflies in Cycles?
1
How to fix grains within render?

7
How to reduce noise on transparent animation?
0
Cycles: noise in dark sections