So I'm modeling a bullet, the mesh looks at this moment like this:

And the tip of the bullet in detail like this: 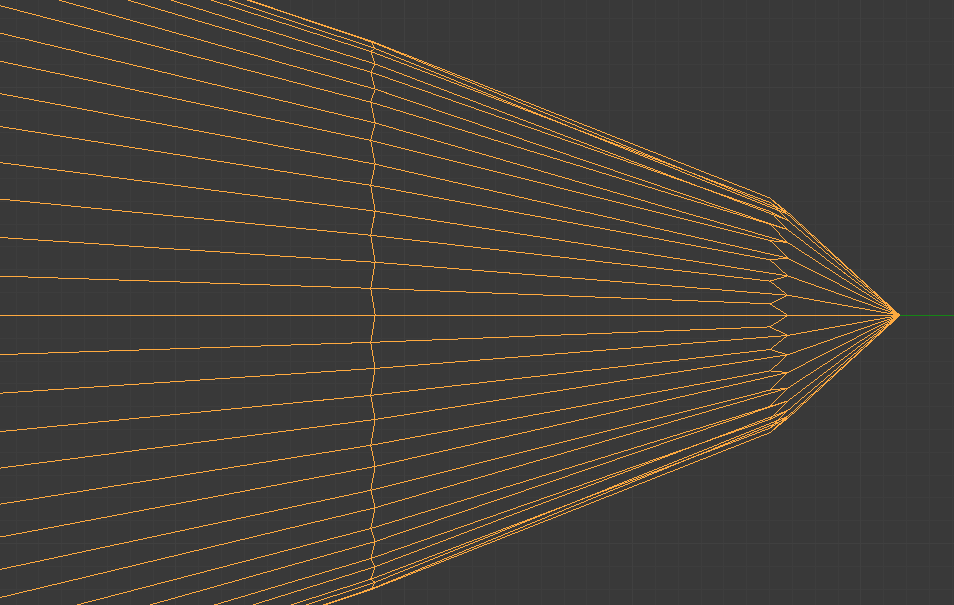 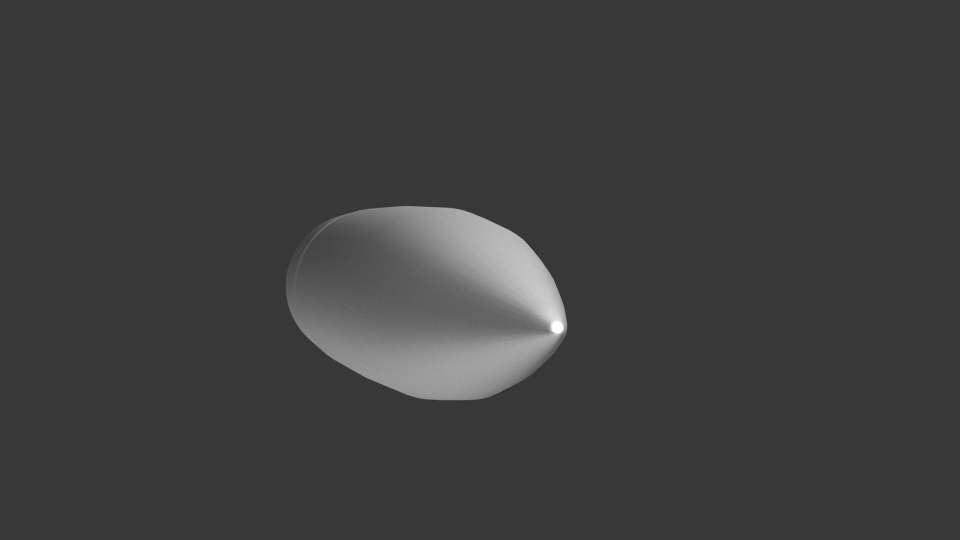 There are still some edges visible, which shouldn't be that big deal, I thought just adding a subdivision surface modifier should fix that easily. But with the modifier on it it looks even worse, like this: 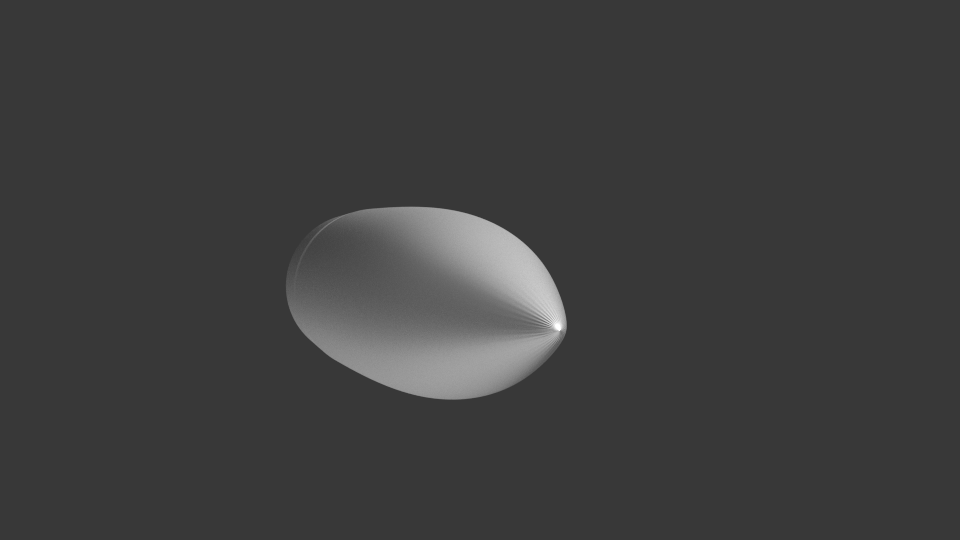 So I tried to add one more subdivison surface modifier, but that crashed blender and I don't think that this is the root of my problem.

The subdivision surface modifier doesn't much like triangles and ngons. It will tolerate triangles sometimes, but really has trouble with transitions between tris and quads like at the tip of your bullet.

You can see why this happens when you examine the generated geometry after subdivision:

On the right you have a triangle based tip like in your example (the righmost mesh is un-subdivided, while the mid-right is subdivided). On the left is a quad based tip and the resulting subdivided mesh (leftmost is the un-subdivided base mesh).

So, as in the example above, if you maintain a tip that tapers enough to give a sharp edge you get a similar quad-based result that behaves nicely after subdivision, without the need for generating a single vertex point surrounded by triangles.

The jagged edge loops directly to the left of the tip is the problem. This is caused by subdiving triangles.

Remove all uneven edge loops and extrude out new geometry. Instead of merging them into a single point, fill the hole. If you can, fill the hole with a grid of quads (use grid fill). If you scale it down enough, it shouldn't matter.

Not the answer you're looking for? Browse other questions tagged modeling mesh modifiers topology or ask your own question.

2
Remove ridges from hemisphere in half circle ngon that appear with the Subdivision surface modifier
0
How to make the surface look smooth, i have used the modifiers
0
new object or more geometry for detail?
0
Problems with "simple-mesh" smooth shading
0
Problem when merging two elements with subdivision surface modifier
0
Smooth shading on model causes weird artifacts
0
How to fix modeling geometry/topology error after applying all modifiers?
0
Adding Subdivision Surface Messes Up Geometry
1
Modeling Complicated Wheel (2)