How can I make a node setup, where only round emitter glows outside the image?

How can I make a light source glow and that only this glow surrounds the emitter?

I tried the following compositor setups: In this setup the emitter (white) is blurred, so that it glows outside the image. But, what I don't want, the red piece is also blurred to outside the image 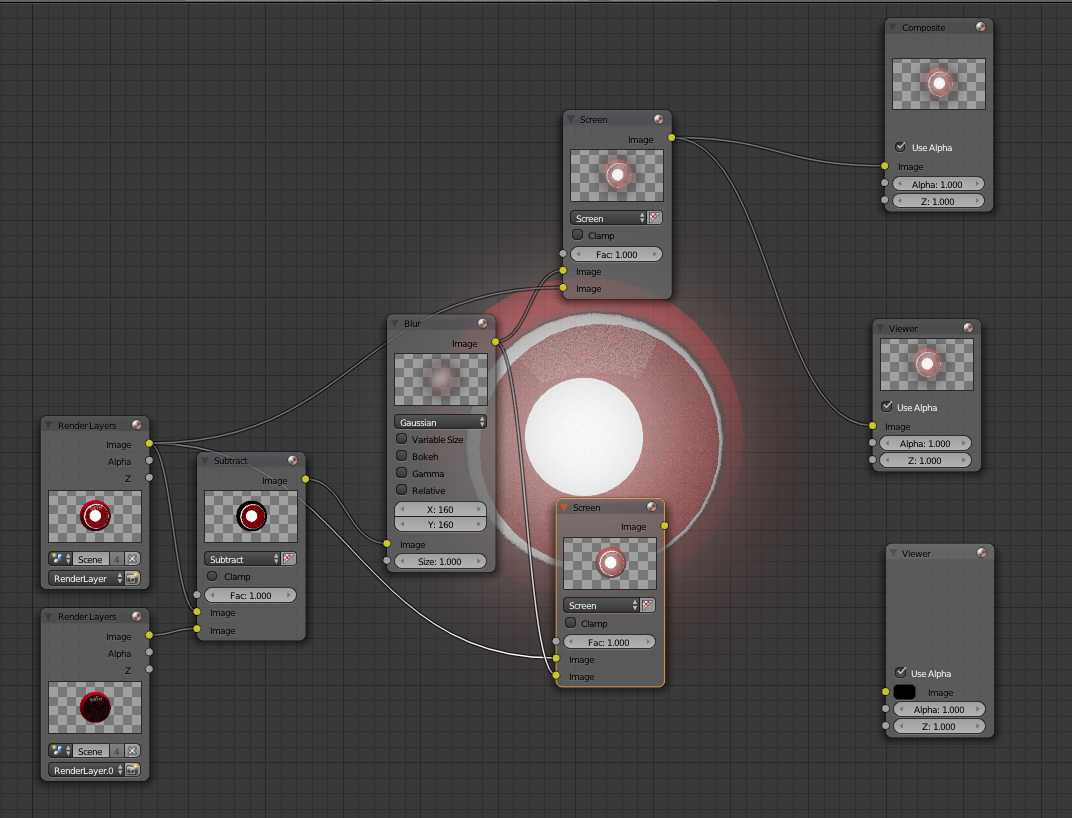 In this setup, the red piece is not blurred, but the glow of the emitter (white) doesn't glow outside the image either. 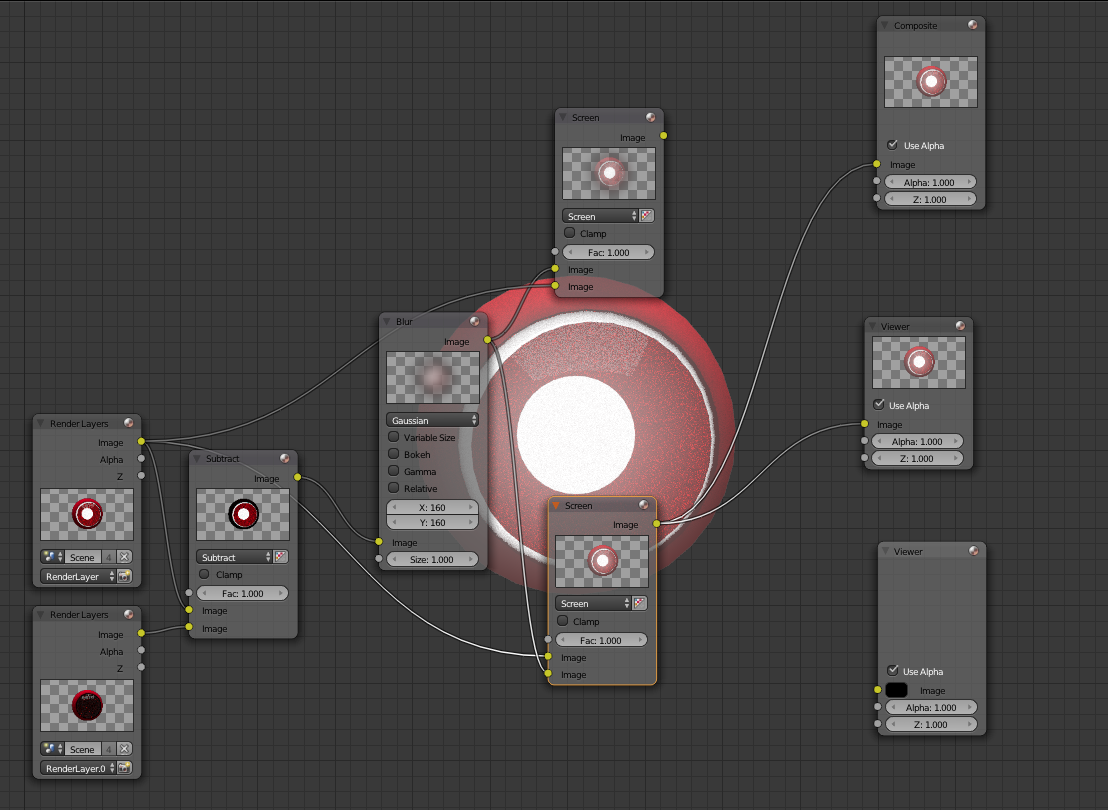 How can I make a setup, where the emitter glows outside the image, but red piece doesn't?

You could enable an emission pass in the render layers tab: 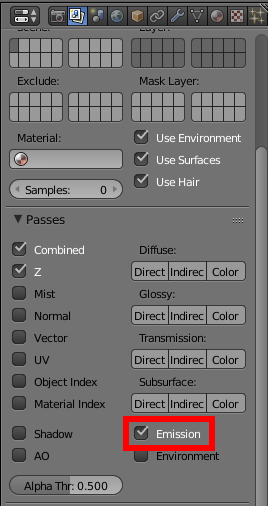 Then blur and overlay the Emit pass: 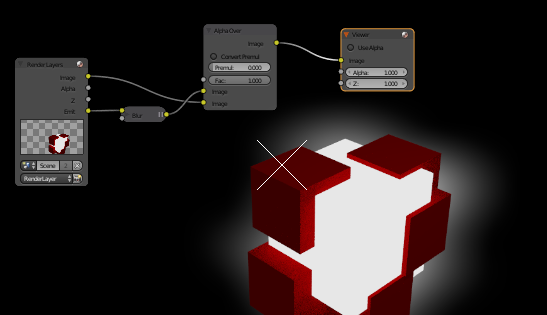 Use a ColorRamp Node to isolate the highlights 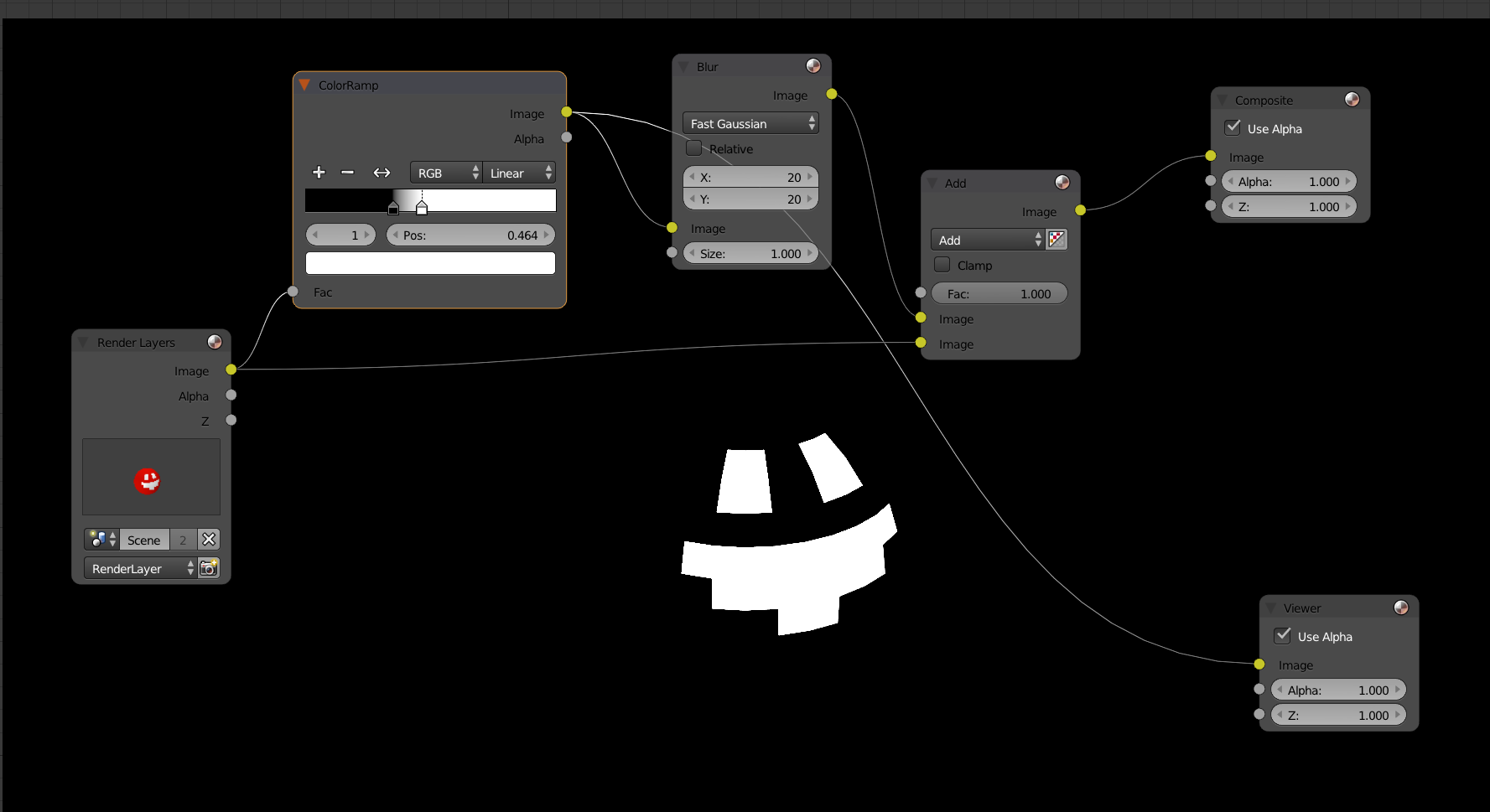 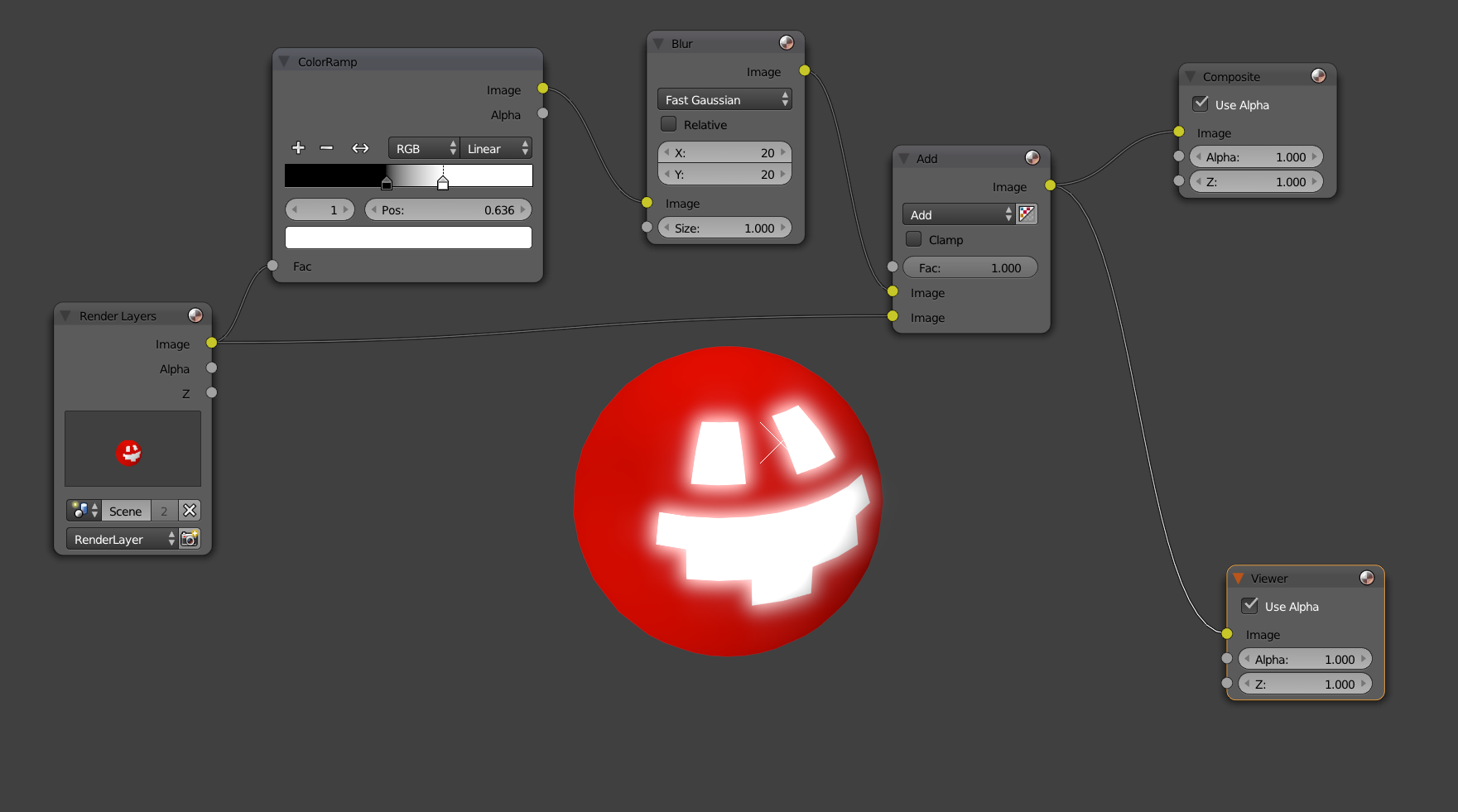 This is a common way to set the treshold of black and white area for creating a mask.

However, the answer of @ajwood is more specific to the question, because the glow effect is applied to materials that actually emit light.

This selects by color and has colored alpha over. In case you do not want to use white light objects and object id. White ignored. Blue is selected and yellow is cast. 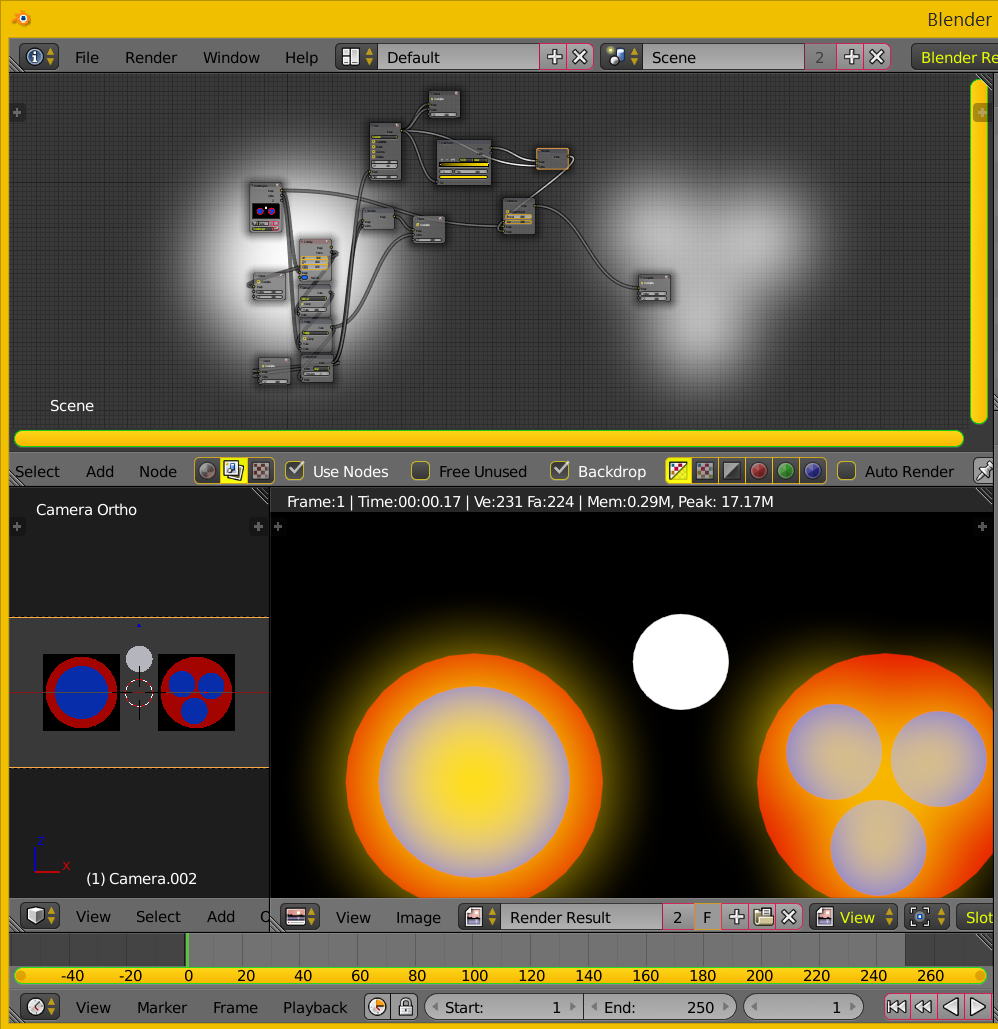 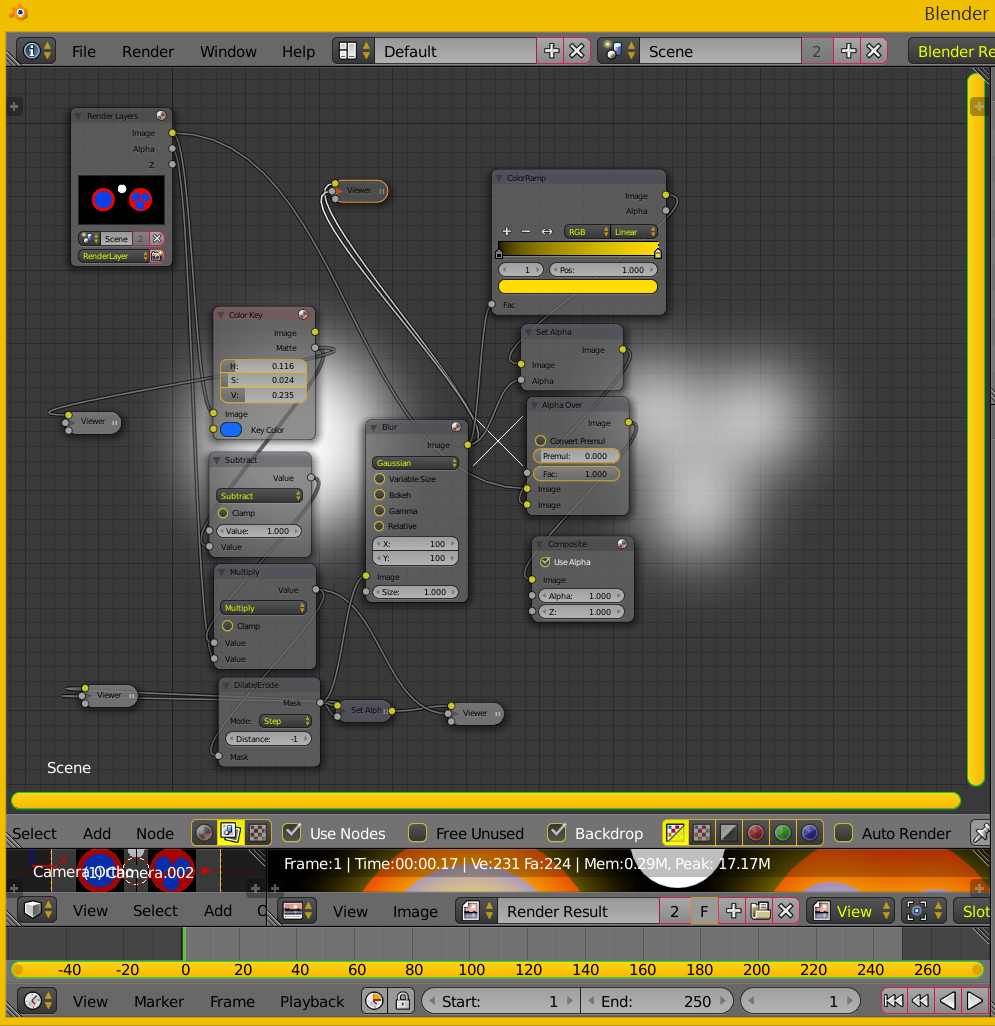 20
Post-processing Lightsabers in Blender
14
How can I use the compositor on the result of the sequencer?
1
How to blur video background?
4
Blur a mesh without nodes or cycles?
7
How to add a ghostly "Glow" effect?
1
How to partially blur an image in the compositor?
3
Can I blur images "the other way?
1
Post render - How can I remove unwanted glow/haze?