Increase power of emitters on objects?

Is there a way to change the power of an emitter hitting a certain object? For example, if I had an emitter object with strength 5, and nearby had several other objects, could I set one of those nearby objects to treat light rays hitting it as twice as powerful, so that it would be hit for strength 10 while leaving the emitter as strength 5 for the rest of the objects?

The closest thing I can think of is doubling the entire shader of the object you want to be more illuminated. This is done by adding the shader to itself. To do this plug plug your shader nodes into both sockets of an add shader at the very end of the node tree.

It produces the following result. The center ball uses the above technique while the other two use just the node group. 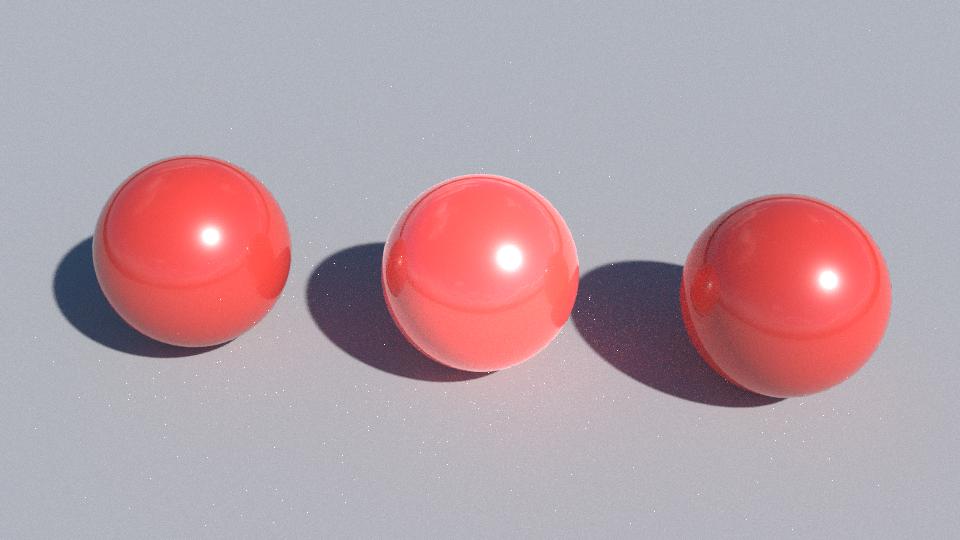 The disadvantage of this is that it doubles all rays hitting the object, not just ones from a specific emitter.

Another solution, which doesn't do exactly what you are looking for the way you describe, but can produce a similar result, is to fake a light source in the material of the object you want to be more illuminated.

To do this, take the difference of a normalized vector determining the direction of the fake light (it helps to use a normal node for this) and the geometry's normal, tweak the falloff with an "RGB curves" node, and use that as the factor to mix an emission shader with your normal shader nodes. I like to create a fake light node group (which I include in my startup blend) which takes the direction, strength, light color, and input shader.

Here is the node group. I also have included an exclude parameter which can be used to have a mask define areas of the mesh to not illuminate, just leave that at 1 if not used.

Here is the result, the middle ball has the fake light. 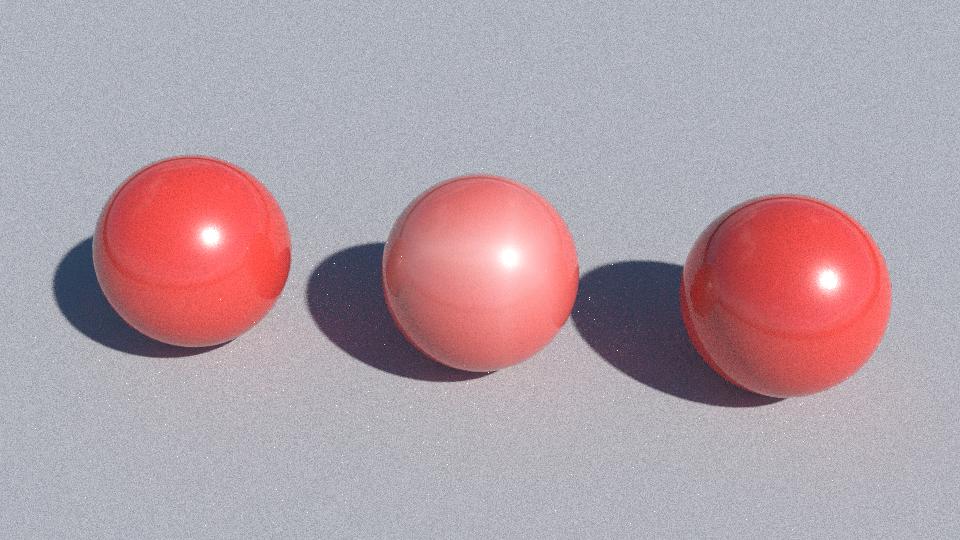 26
Difference between Add Shader and Mix Shader?
10
When to use add shader?
3
How are these Custom Node created?

24
How can I cast artificially darker shadows?
8
Emitter object shows up in reflection/transmission
0
Object Light Emission - only on certain surfaces
1
Cycles Shader to assigns a color based on how many light sources hit the surface
4
Understanding light power values
2
Images as emitters constantly come out dull. White emission not actually white. What am I doing wrong?