Can I use array modifiers to create staggered rows of blocks in a dome?

I have built up a number of courses of blocks on a dome I'm building using array modifiers and NURBS circles. It works pretty well but each row of blocks starts at the same place, so the first several blocks are lined up on top of each other. That isn't how a real dome would be made and I'd like to fix it.

I haven't found a way to rotate the circles so the blocks rotate too without them spiraling outwards. How should I set this up? 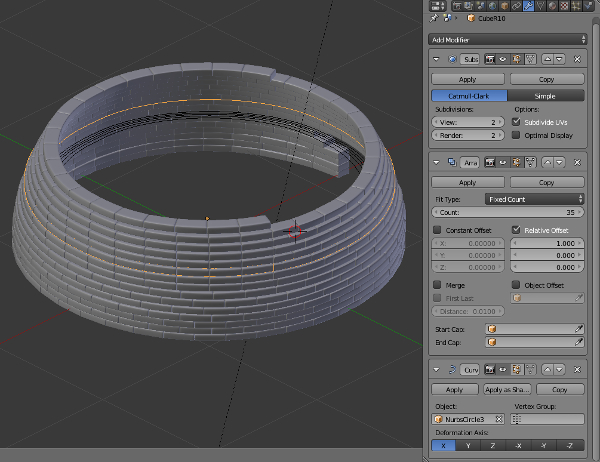 Edit: I have set up the arrays as recommended in the linked answers from the comments here and here. However, this technique won't work for a dome. Successive rows of blocks need to be smaller along a curve, and this technique only allows linear scaling. I have been trying adding a deform modifier to the stack, but so far haven't found one that will create a dome without severely deforming the blocks. I am about to try the add-on recommended in sambler's answer, but it may not allow me to use the rounded blocks that would be correct.

The building technique being imitated is shown below. Usually the dome shape used is a beehive style, I couldn't find an illustration of a spherical dome. 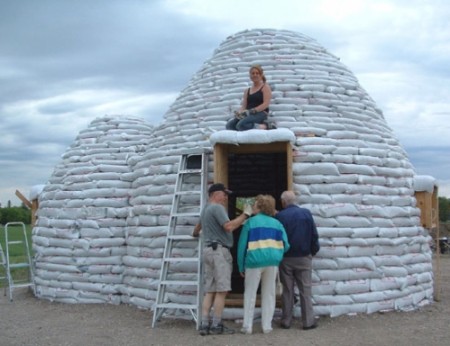 There is an addon called Building Objects available in blenders addon contrib collection that may come close to what you want. With it enabled you get Add->Mesh->Building Objects->Wall factory to create a wall made of bricks.

While the radial and curve options will give you an igloo like brickwork it doesn't offer any adjustment for the curvature, so this may be a starting point. 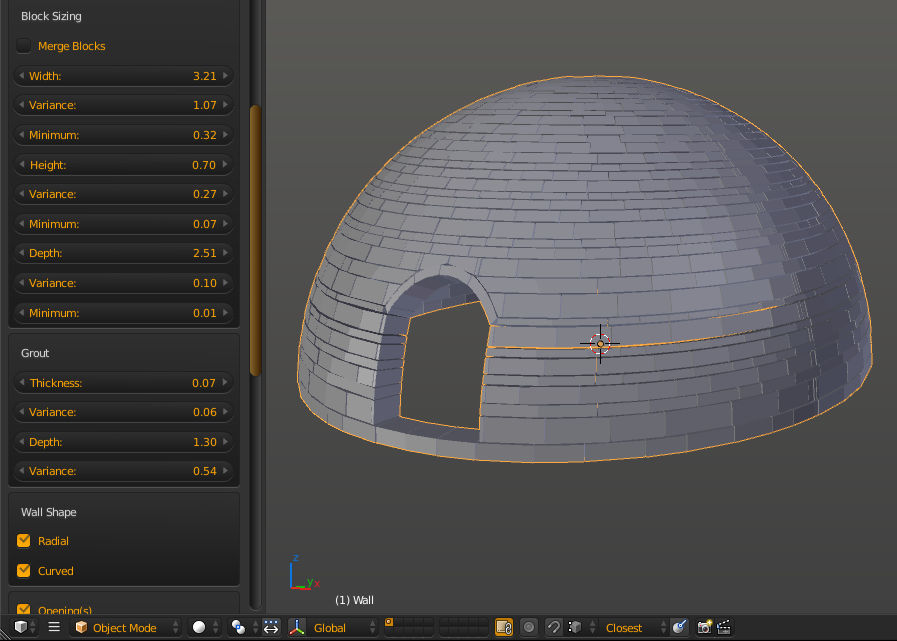 If you don't want to install git to get the addons, you can get a snapshot of the contrib repo from here.