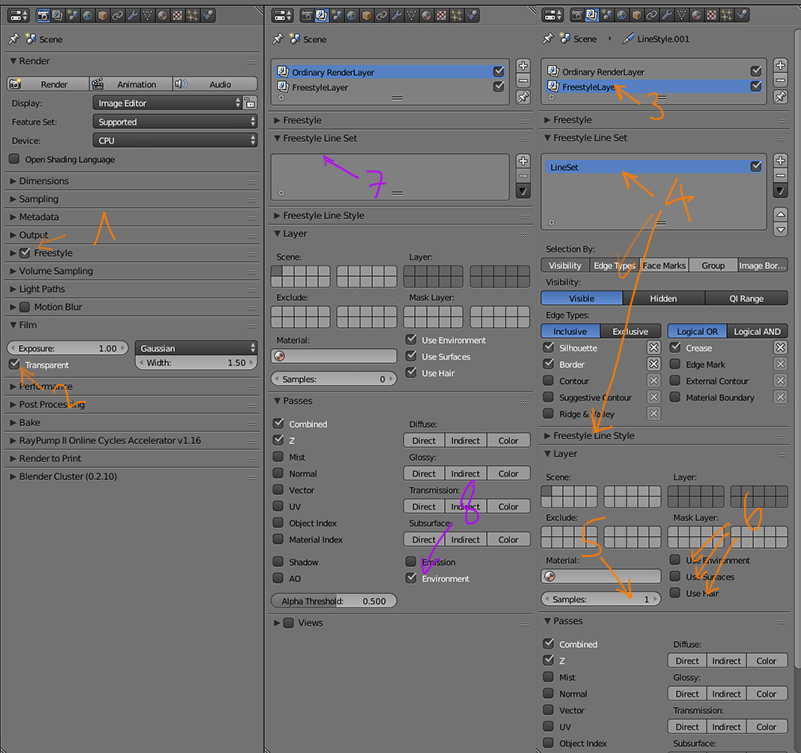 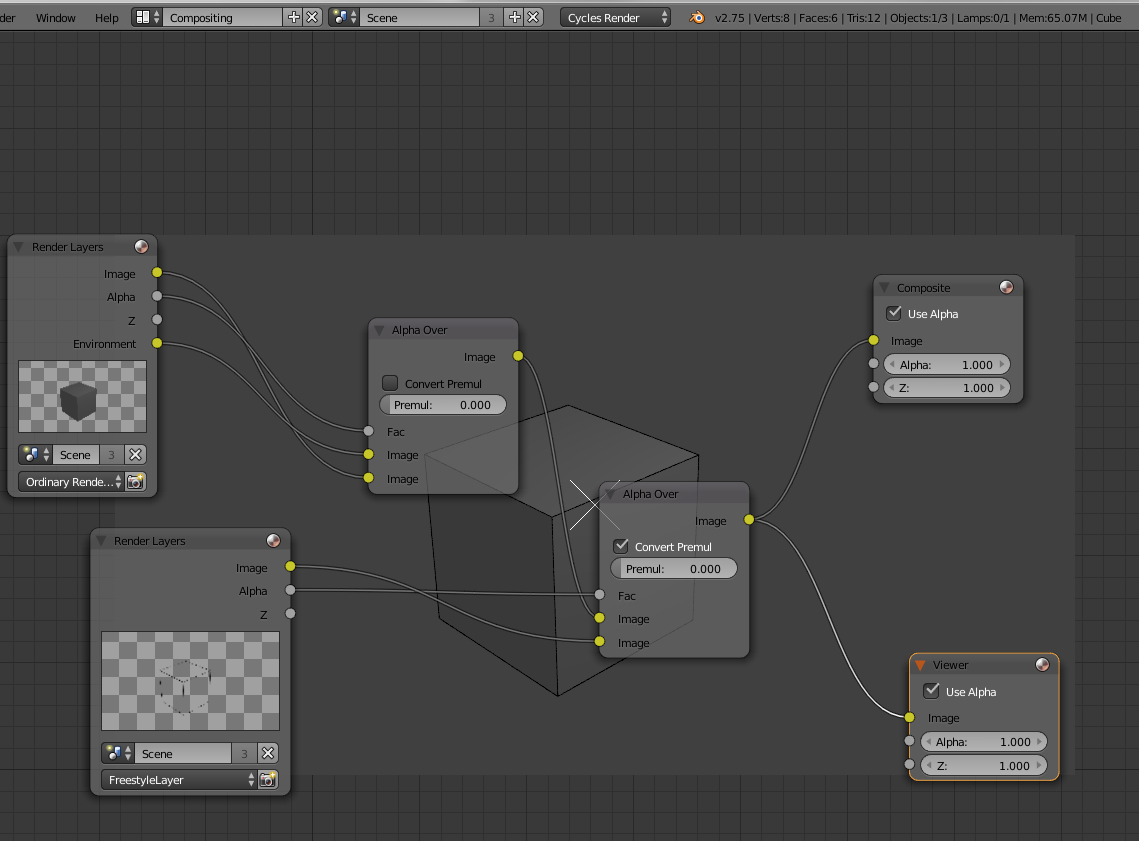 2
How to render only one render layer?
2
Rerending only freestyle on previous render
0
Render background and freestyle in different image layers

6
How to make an object transparent to the freestyle pass?
2
Mask an Image Using Freestyle Lines
3
During render can I render freestyle lines, then re-insert them back into the scene so other objects may interact with them during their rendering?
1
How to use python to copy video settings from the compositor to the 3D viewport
0
Render background and freestyle in different image layers
3
Is there any way to preview freestyle lines using cycles?
1
Rendering Freestyle along with Grease Pencil