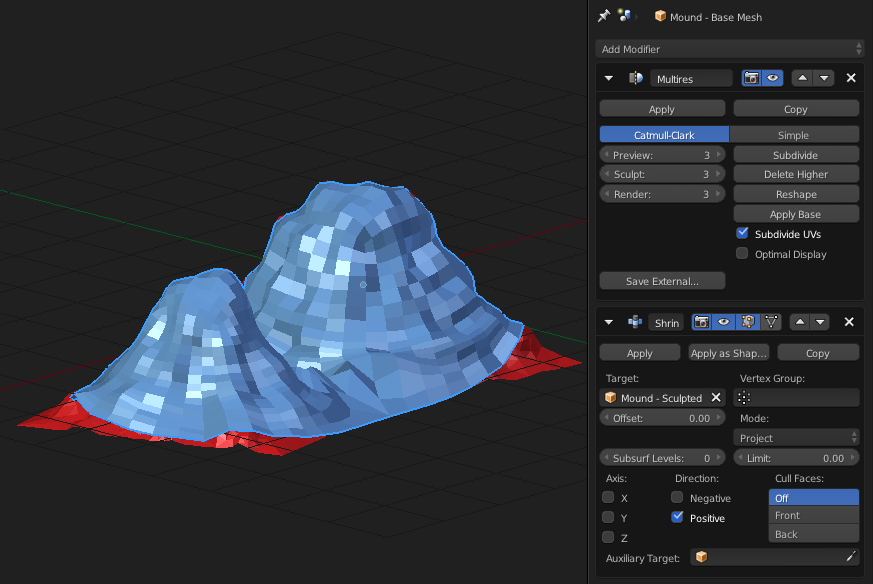 3
2 issues with Multires Modifier
0
How to create a low poly model from a high poly model
1
Shapekeys before or after normal mapping?
0
Losing detail when retopologizing
1
I would like to know how to use dyntopo with multi-density
0
Shrinkwrap doing weird topology
1
How to unwrap 2 different meshes in a way that both meshes will have identical UV map(suitable for normal baking)?
0
How to apply sculpt mesh dimension to an original mesh?
1
Retopology, am I doing it right?