Normalized z-depth shader (based on the cycles camera data node)

I'm trying to create a shader that displays the normalized (0 to 1) camera Z-dpeth on top of the viewed object.

Yeah, I know I can easily do this in post with the normalize node if I render out the z depth pass, but I prefer to have this in a shader.

I tried to do this with an OSL script using the clamp function but it didn't really do what I wanted. See image below for clarification: 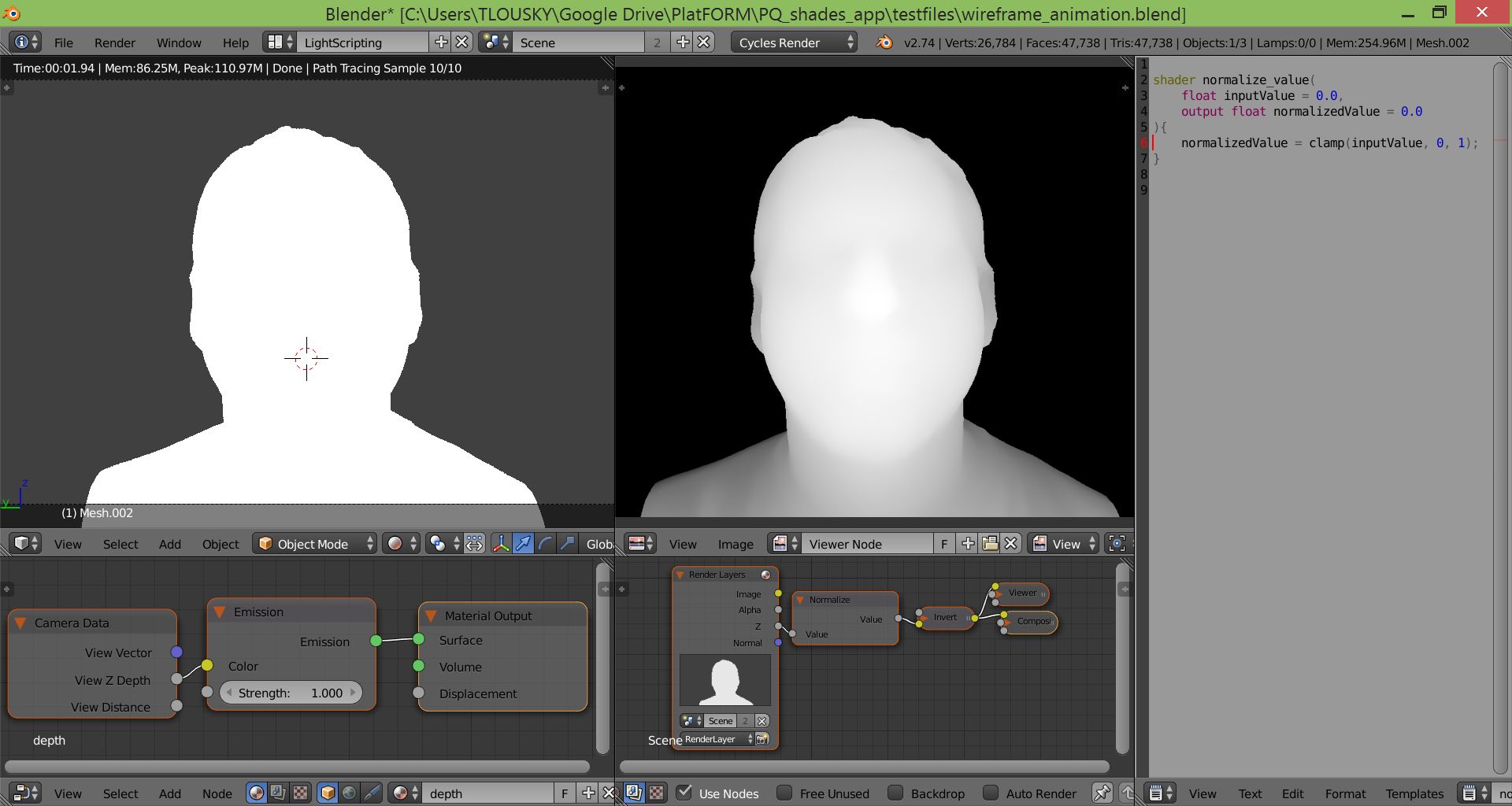 You can see the desired result on the right (achieved with compositor nodes), and the existing result on the left (with shader nodes).

This is the OSL script that didn't quite get me where I wanted, but might be a good start (I intended to use it between the camera data and emission nodes, the same way I use the normalize node in the compositor):

I'm of course open to any other method, for instance involving other shader nodes (I couldn't find a way to get the same result but hey who knows!).

Input the values into the two red value nodes. 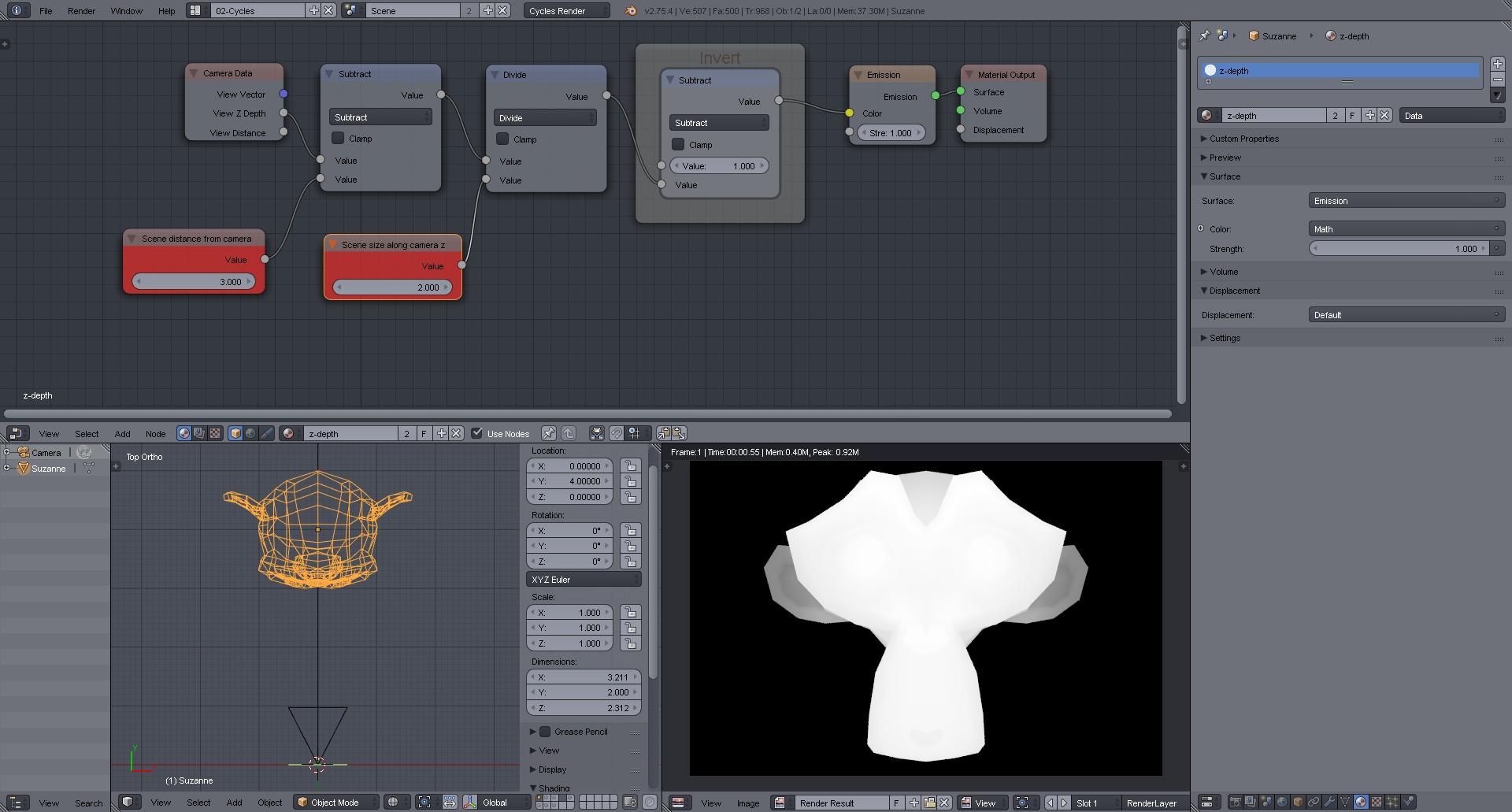 Try to scale (multiply) the values first followed by other math operations.

I am investigating clamping numbers to the same type ... float values clamp(inputValue, 0.0, 1.0);

Not the answer you're looking for? Browse other questions tagged cycles-render-engine shaders osl or ask your own question.

5
Bump node in Cycles, with an OSL script -- am I doing it wrong?
39
Is there really a way to make a true toon shader material in Cycles?
3
OSL Script node: Slider with value range between 0 and 1 (like Fac)
11
What can a custom cycles shader do?
0
Normalized and anti-aliased Z pass?
1
OSL: Can I use a closure as an input to an OSL script?
9
How to normalize the color values of a shader (Pointiness)?
1
Can I use OSL shaders with Eevee in Blender 2.8?