I am trying to model a headphone in blender. While we create support edges at the sharp areas by adding edge loops, it creates sharp edges in some other areas of the model where i don't want sharp edges. How can i avoid such thing while modelling.Also there are some edges that need to be sharper, but i am a little confused about creating edge loops without making any triangles in mesh. I know we can use edge split and other things like bevel edges, but not sure what to use in which situations. Screenshots attached for your reference. 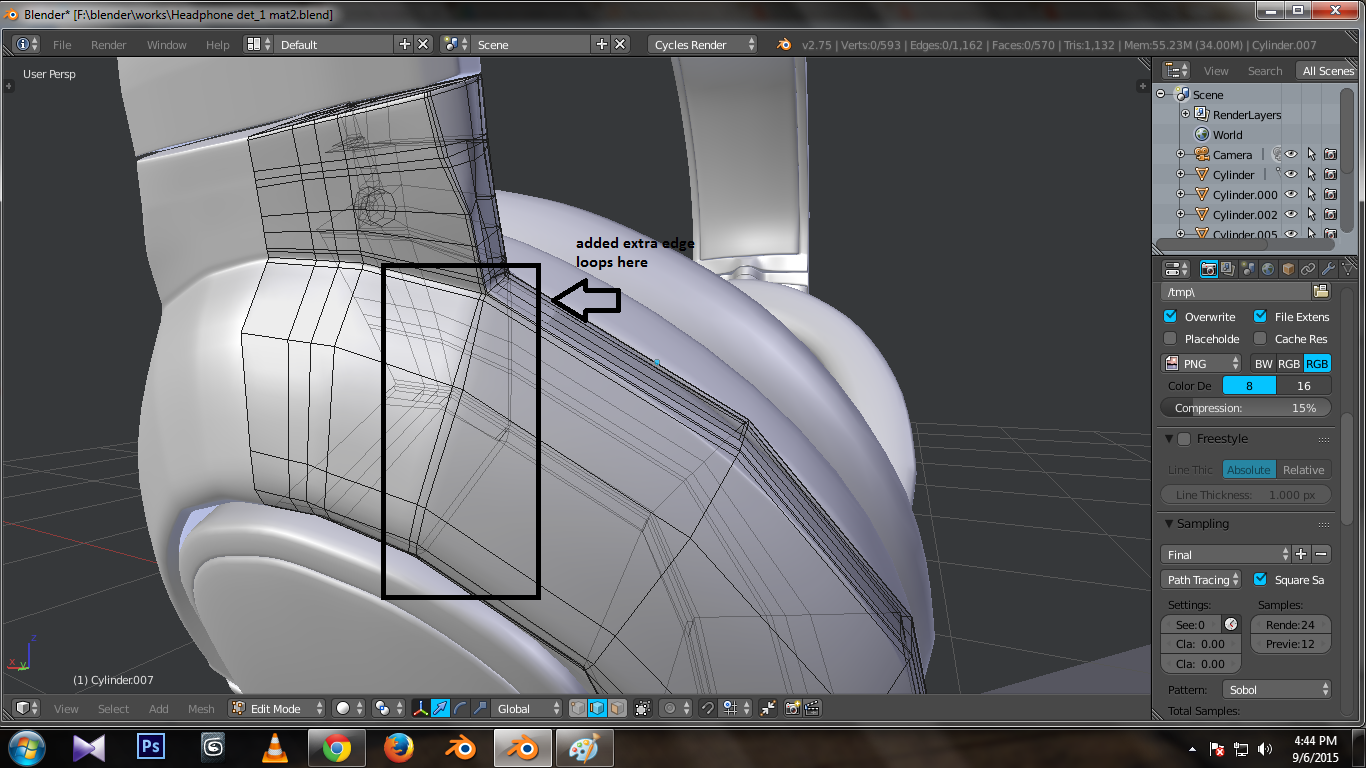 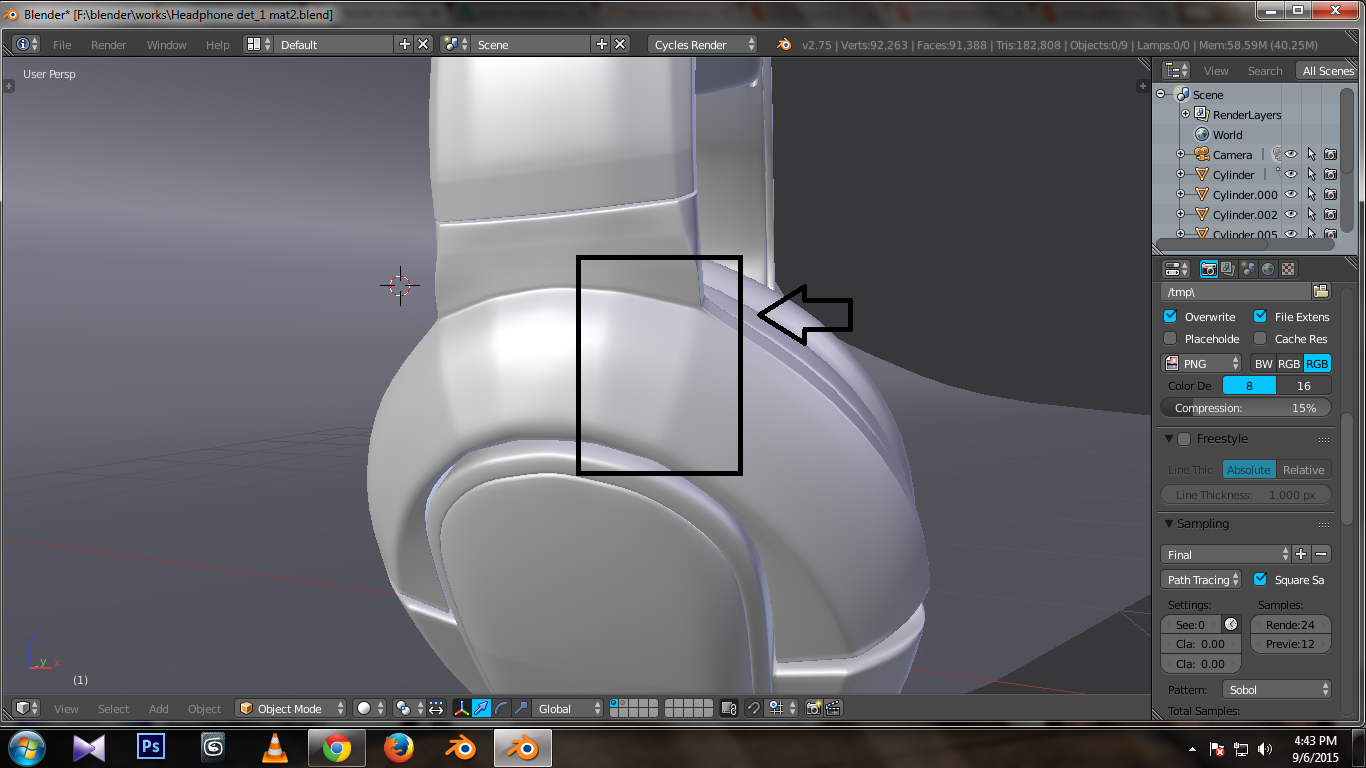 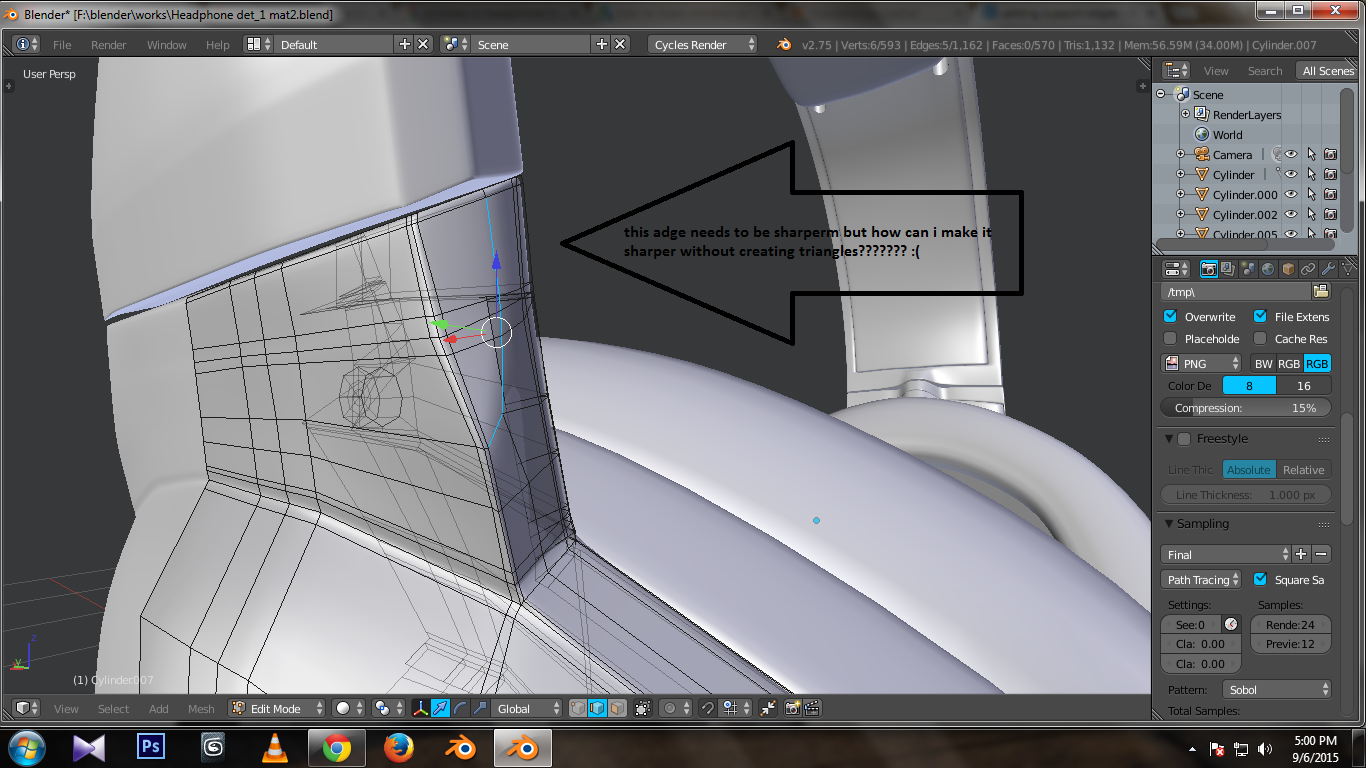 This is a place where it's probably okay to use a triangle to cut off some of those edge loops. You don't want them to continue going down, and adding a triangle probably won't add much distortion. You can read about some of their uses here.. You need to be wary when using them, but it's usually okay if you're careful. 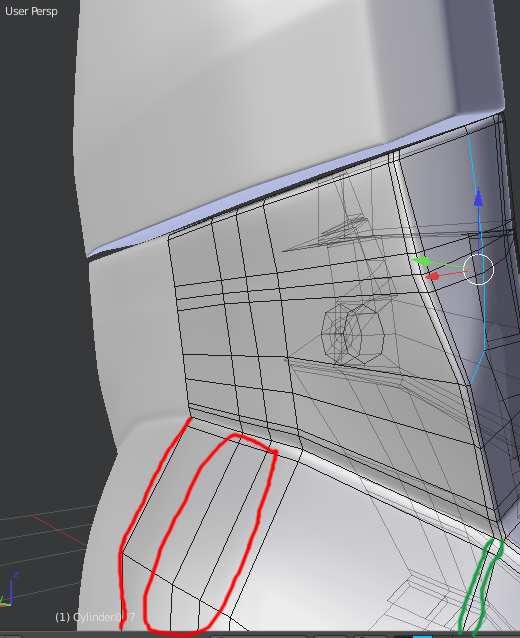 Another method is to slide edges that are causing problems in one place but are needed in another down so that they aren't creasing that part of the mesh.

There are other options available like edge creasing, but I think it's better to stay away from those because they can take away control and cause distortions if used incorrectly. But like all tools, they have their uses in some instances.

17
How can Tris be used to an Advantage?