What causes this mist pass glitch?

The problem, and what I've tried so far

From the screen shot you can see that sky-blue from the mist color is leaking through the trees due to white spots that are occurring in the mist pass on the tree particles. I have no idea what is causing these anomalous white patches in the mist pass. 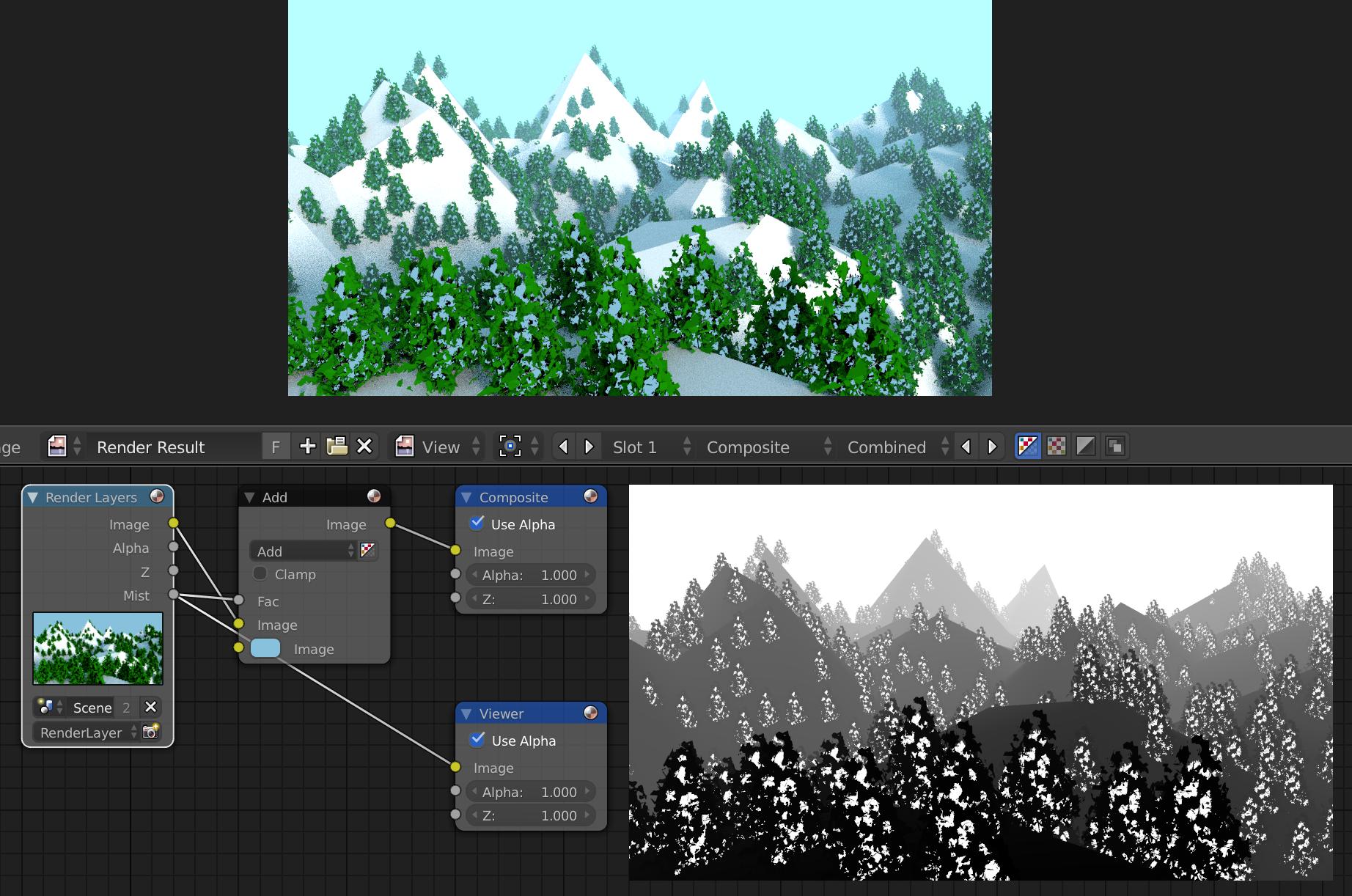 I created this very simple file to illustrate the problem, but the tree itself was pasted in from a larger project and was created using the Sapling add-on then converted to a mesh for particle use. I gave it a new and very basic leaf material, but the problem persisted, so I believe it is not a problem originating with the material. I tried increasing the number of bounces, thinking it was an issue with the transparency of all the leaf planes, but that didn't help either. I tried flipping the normals of the leaf planes, as well as checking "Double Sided" in the Mesh Context, but it made no difference. To clarify, I am using Cycles.

I found another question here that at first looked to be the same, but that person was using Blender Internal, and using hair particles instead of object particles. The solution is their case was specific to Blender Internal, it seems.

When I tried reproducing the problem using simple cube particles I could not. It appears there is something different about these trees. It's quite puzzling. And notice that some parts of the tree have the correct mist depth while others have the problem. Also note that the problem does not show up in viewport rendering, only in the final render. It's not specific to particles either.

The "Tree1" object is made by multiple overlapping planes. Their shading properties comes out from a sharp Mix of a Transparent shader and a Diffuse shader.

As there are multiple intesection and your Max Transparency Bounces is set to 8, light can't filter trough all the planes. 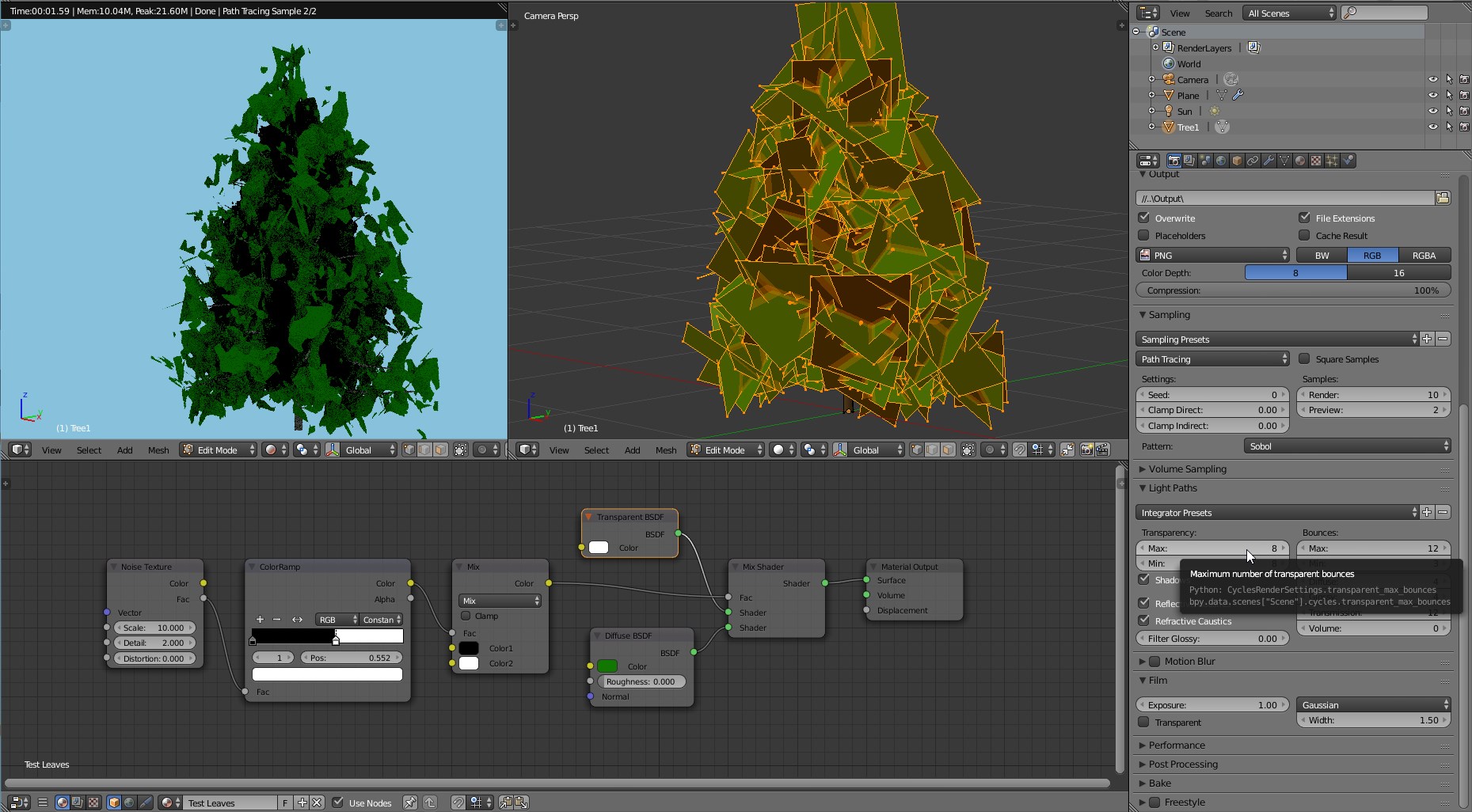 We can clearly see this by giving to the material a full Transparent shading. 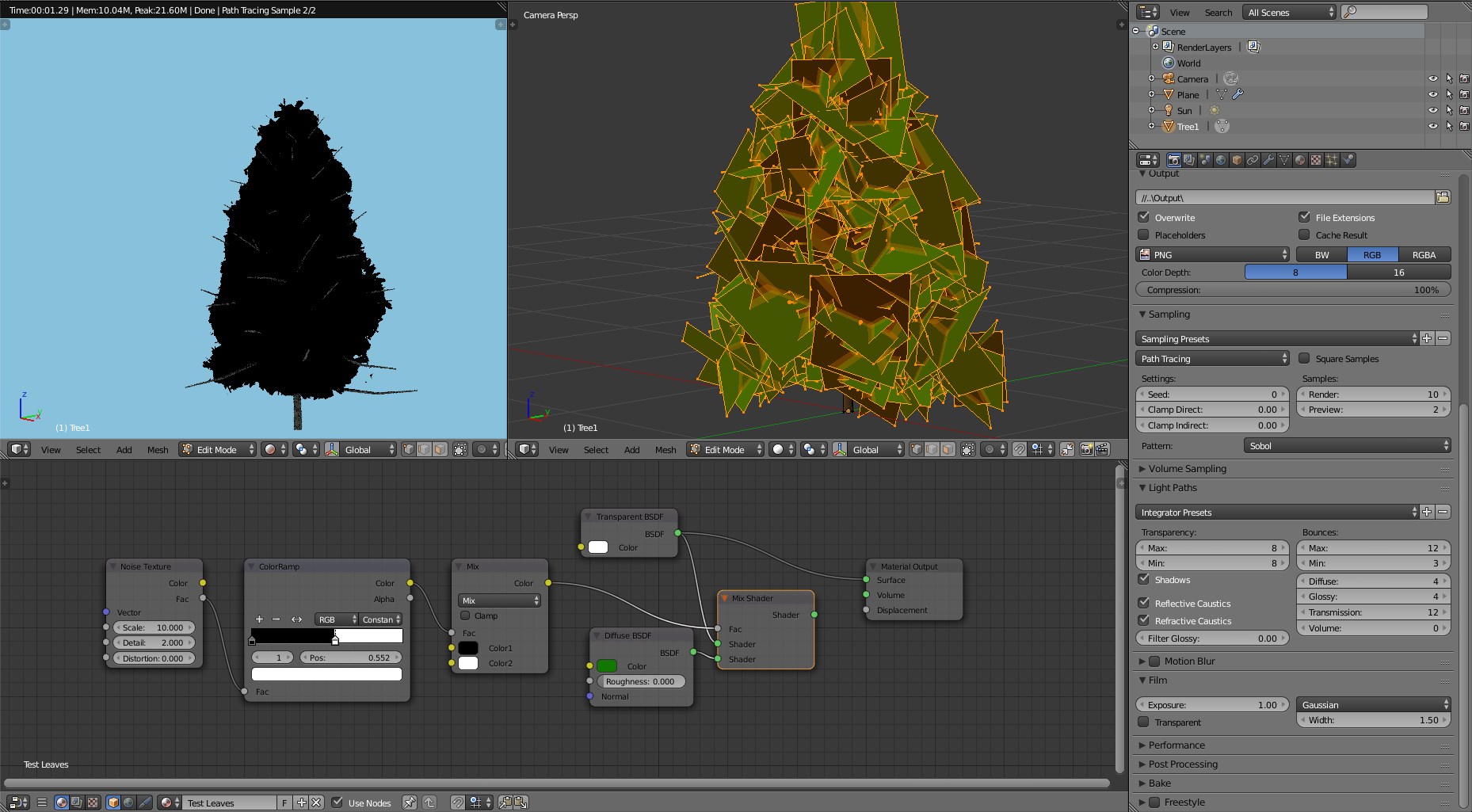 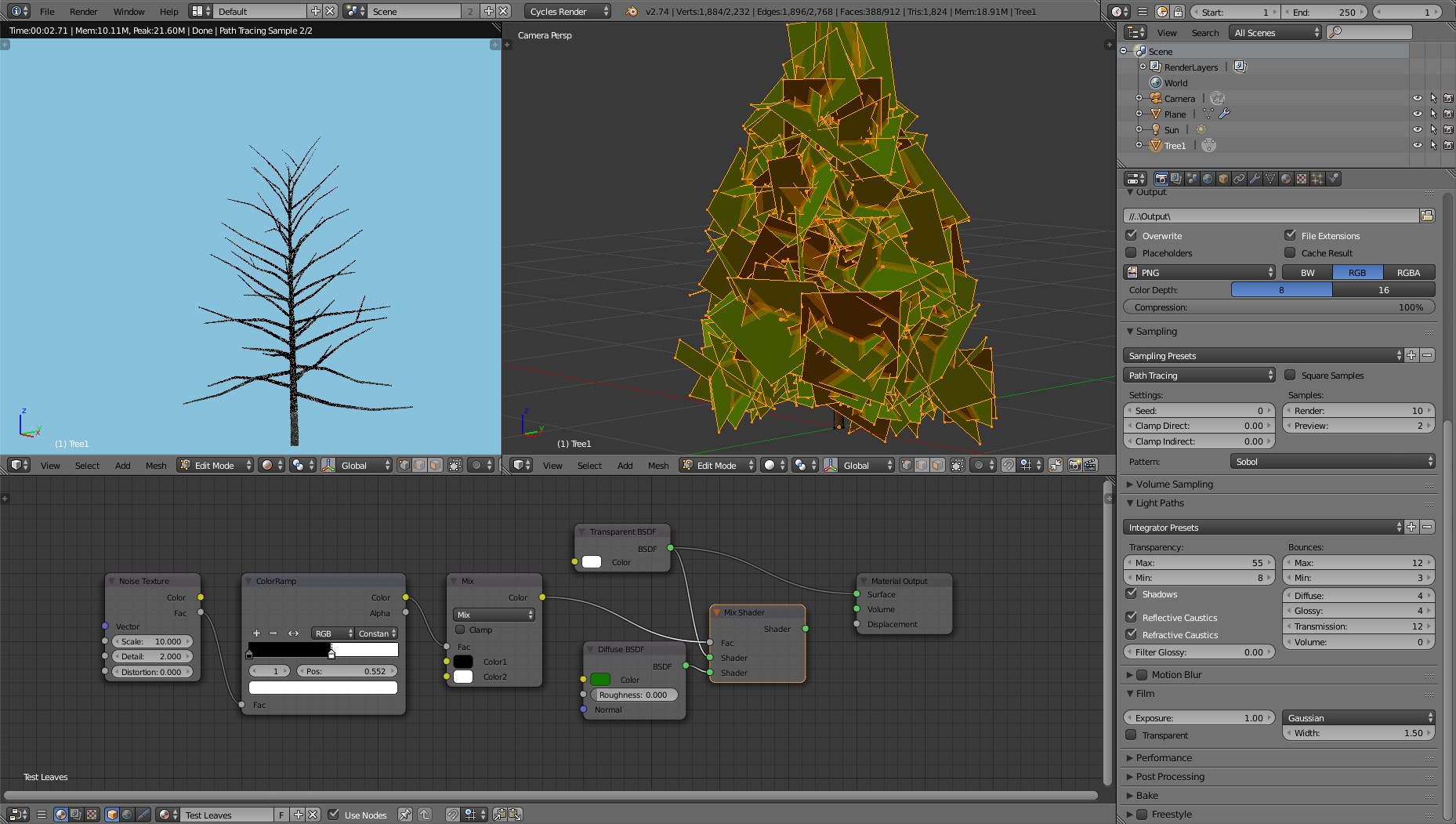 Now that the shader works as expected, you'll have no issue in Mist pass calculation: 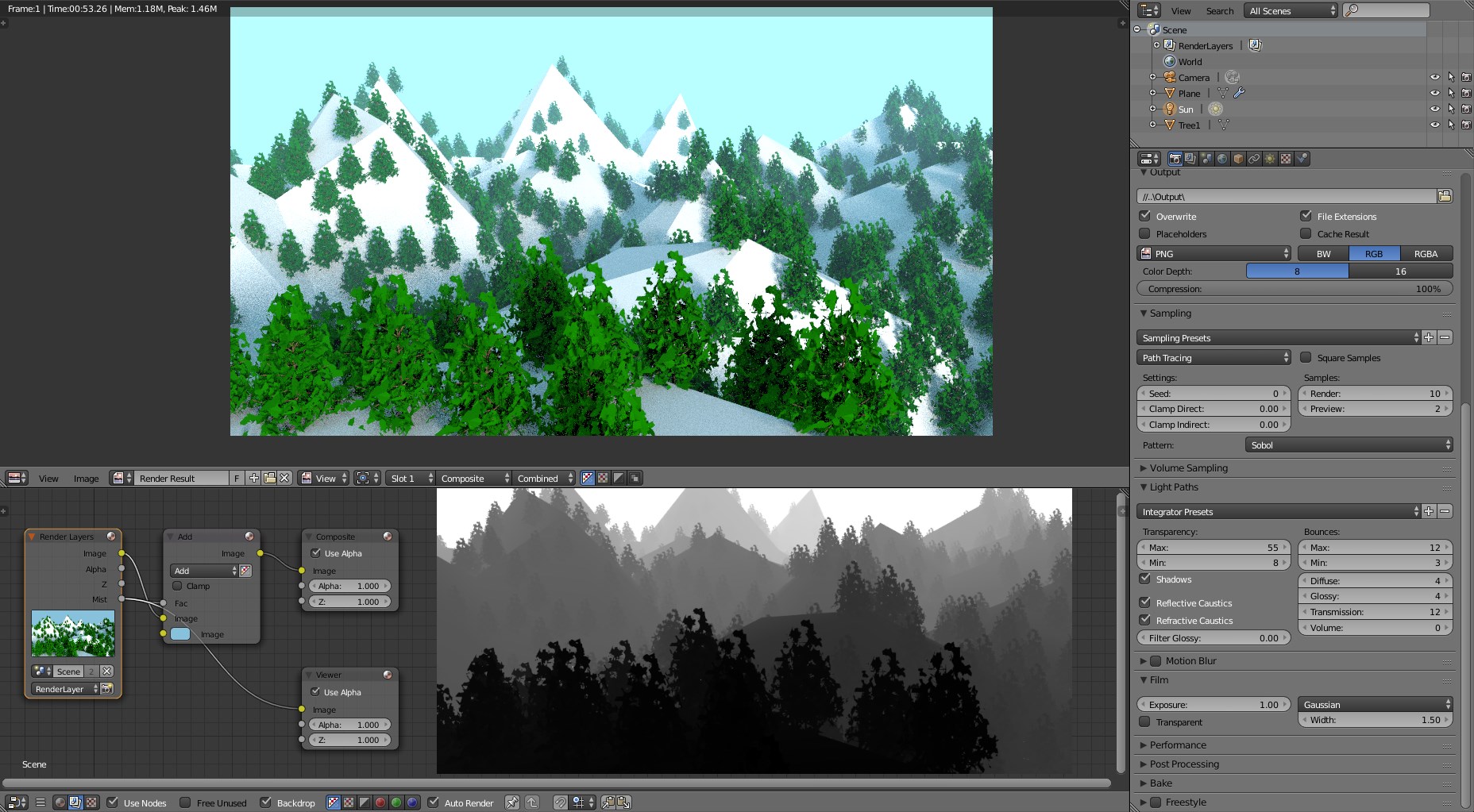 Thought about Mist pass caluculation. I didn't find any evidence of the following lines in documentation, so take it as my (current) opinion, and feel free to discuss about

When Light reaches the max number of bounces stadted by the Light Path settings the simulation is "over". This means that the path tracer cosider the light information in the same way as the light would have reached the background. And as is considered "background", its mist pass value will be the higer possible (1=fullwhite).

Not the answer you're looking for? Browse other questions tagged cycles-render-engine rendering render-passes or ask your own question.

4
Hair particles unaffected by mist?
2
Transparent BSDF cause noise in depth layer
1
Wiil a speedtree cast shadow in cycles render?
1
(How) Can I get rid of these fireflies in the zDepth pass?

2
Can multiple render systems be used?
3
Make Mist pass skip semitransparent objects
5
I want to suppress self-shadowing, but allow to receive and cast shadows otherwsie
3
Mist + dof + alpha in cycles
0
How to use a transparent material with mist in Blender Internal?
1
Set Mist Pass Distance