I'm having the hardest time trying to import a few things. I have an addon that has multiple files all under one folder with an __init__.py in the base. I'm performing all of these imports from this __init__.py. The addon folder resides in my addon folder as scripts/addons/RLD_Toolkit

The part of the script where it errors

The error I'm getting is

Why won't it perform the relative imports (or even the straight up import) from my __init__.py?

Edit: Here's a printout of my globals() variables and sys.path 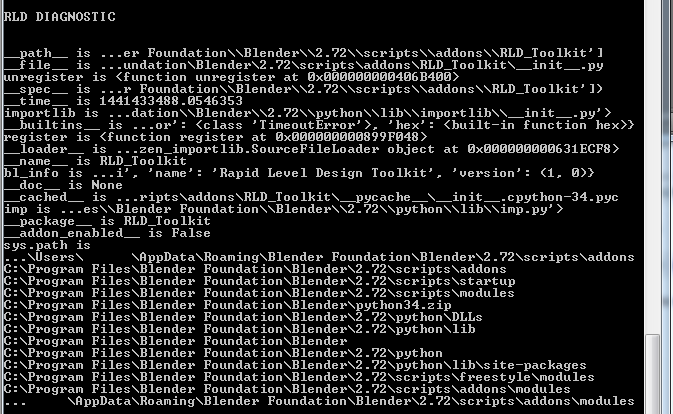 To answer the question, you will have to add the line:

before importing anything. This will add the current folder into the path Python looks in for imports. Then you can import files with:

Not the answer you're looking for? Browse other questions tagged python import or ask your own question.