How can I use colours to separate texture node treatment? 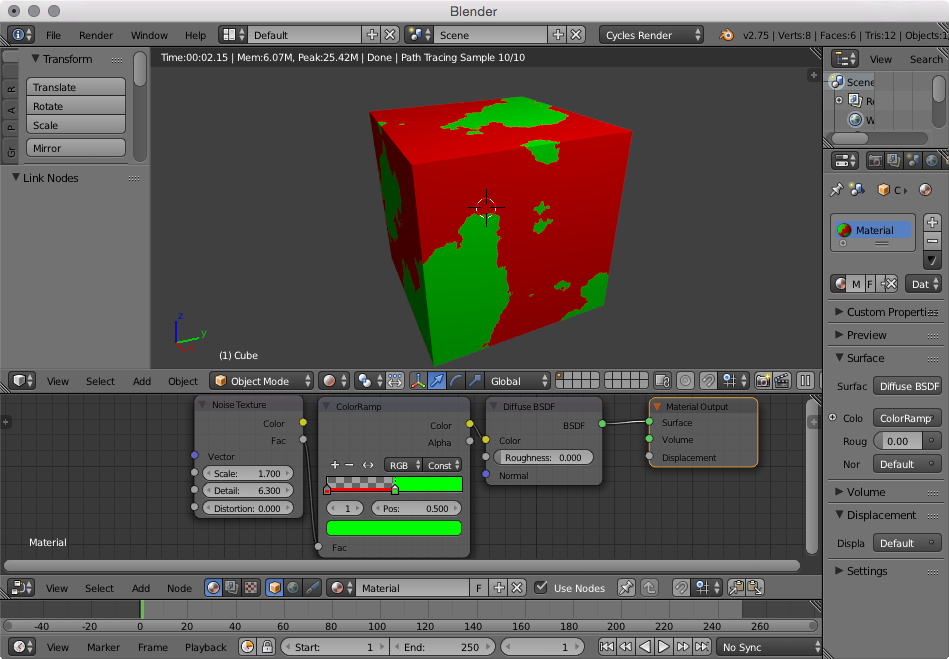 Basically I'm looking for a procedural/node technique I can use to treat areas separated by color (or alpha). In the pictured set-up I'm using red and green (as I thought splitting colors to RGB could be a solution), but I'd like the solution to be used with any colors required.

Any clues would be gratefully appreciated :)

With two different known colours you can use the Separate RGB node: 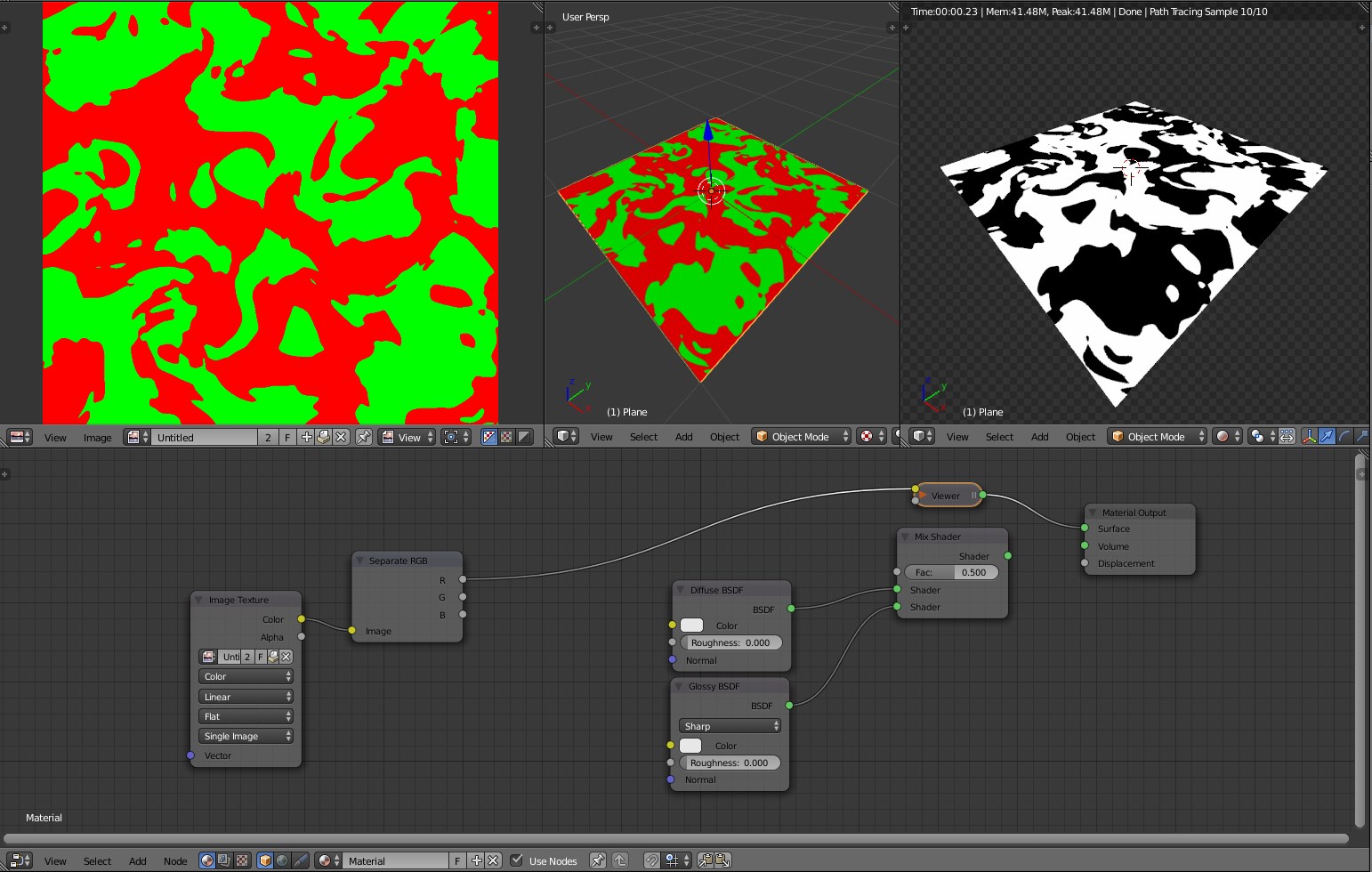 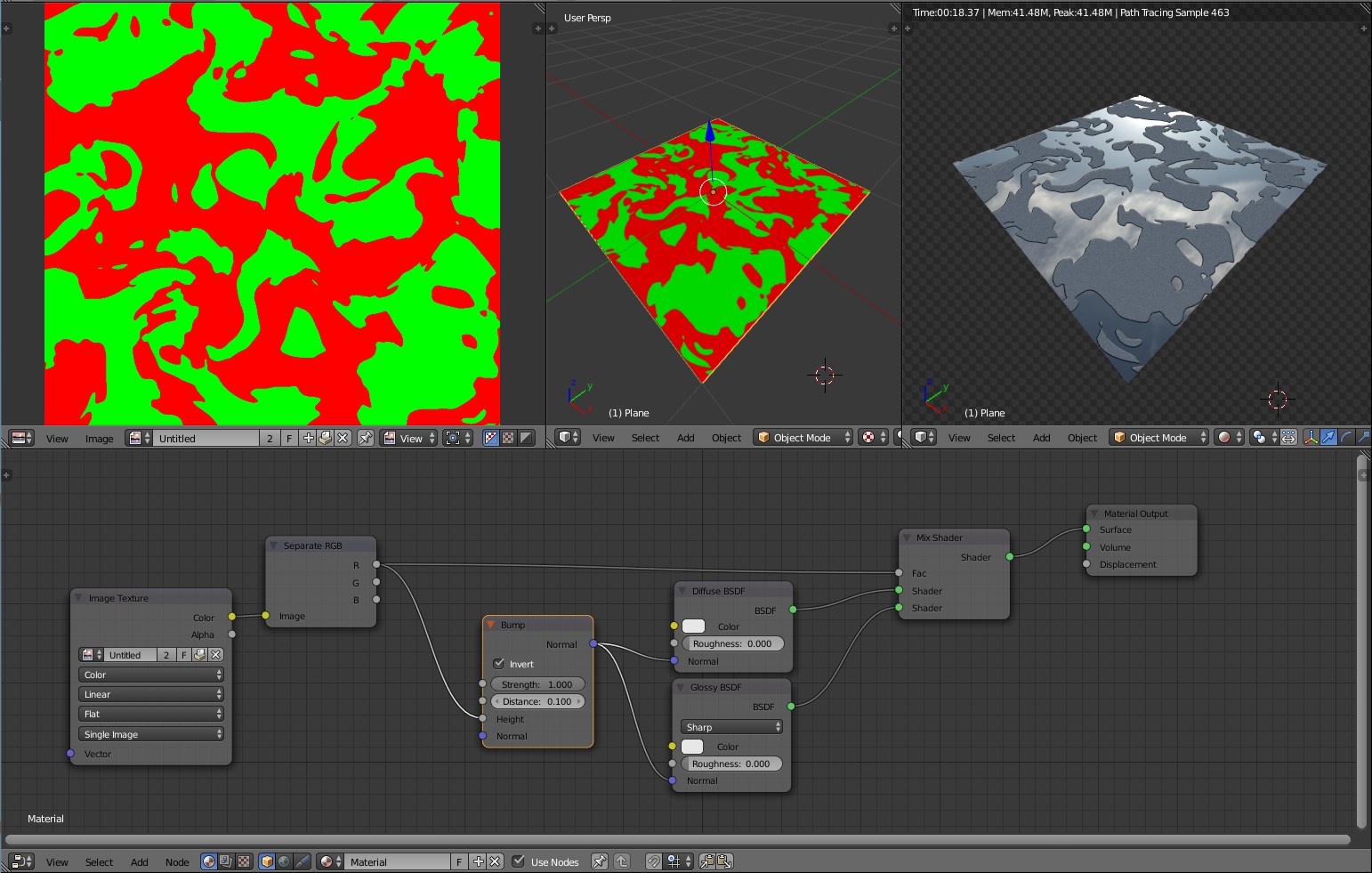 You can use the mask both in a Bump Node and in a Mix Shader node.

If you would like to implement a similar process with every possible colour you can set up a Node tree capable of recognize where a given color is. 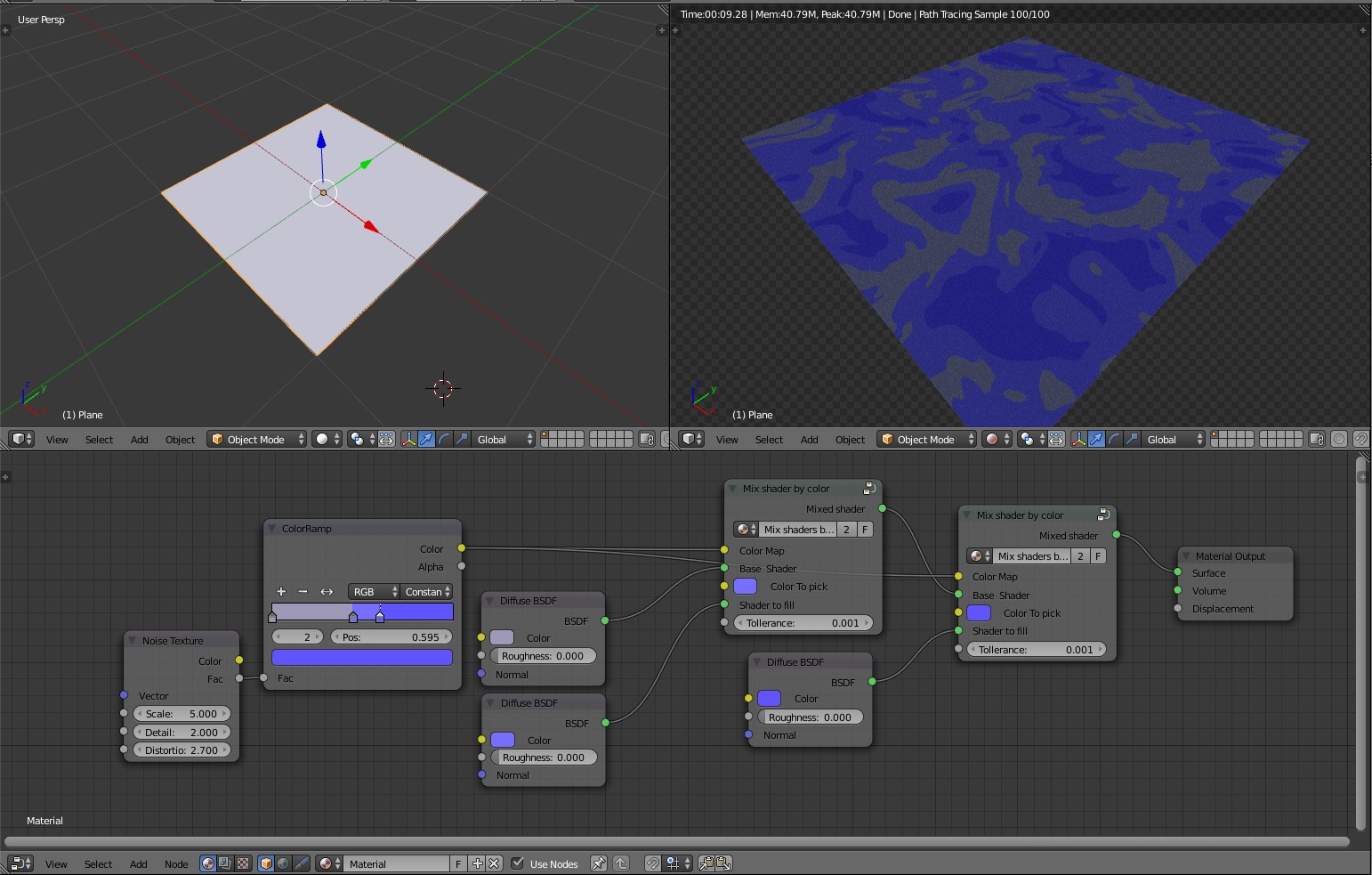 Basically you have to mask where the the color that correspond to the shader to mix is on the map by masking individually each component. Starting from the HUE values we check with math nodes where the subtraction gives almost = 0. 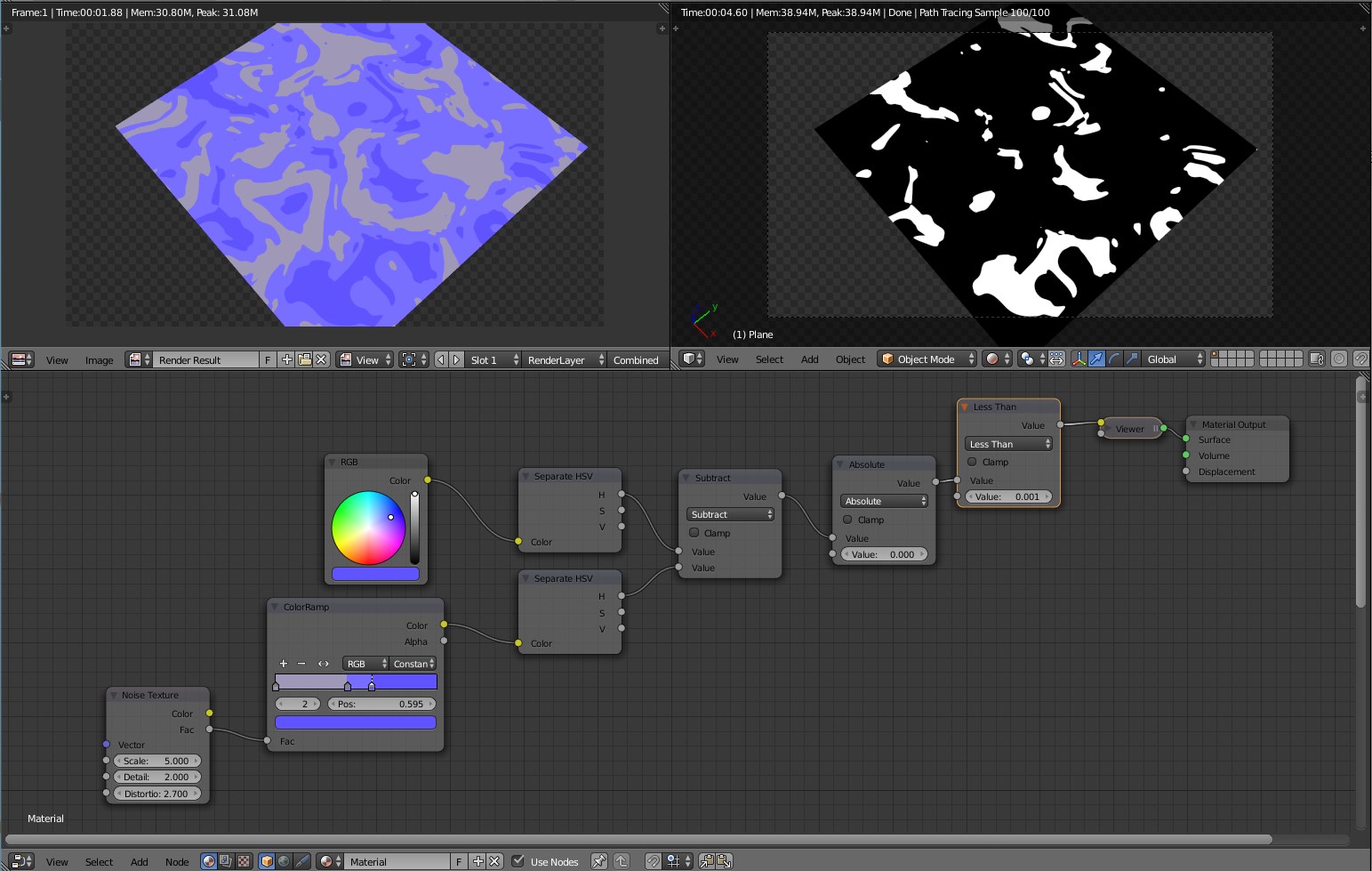 Than we can copy this node also for the Saturation and Value...ehm...values! By multiplying their output we are running an Logical AND operation, so at the and we'll have only the places where all three parameters have the same values.

By making a whole group of these operations you'll be able to match each colour to a shader simply by giving the color to pick: 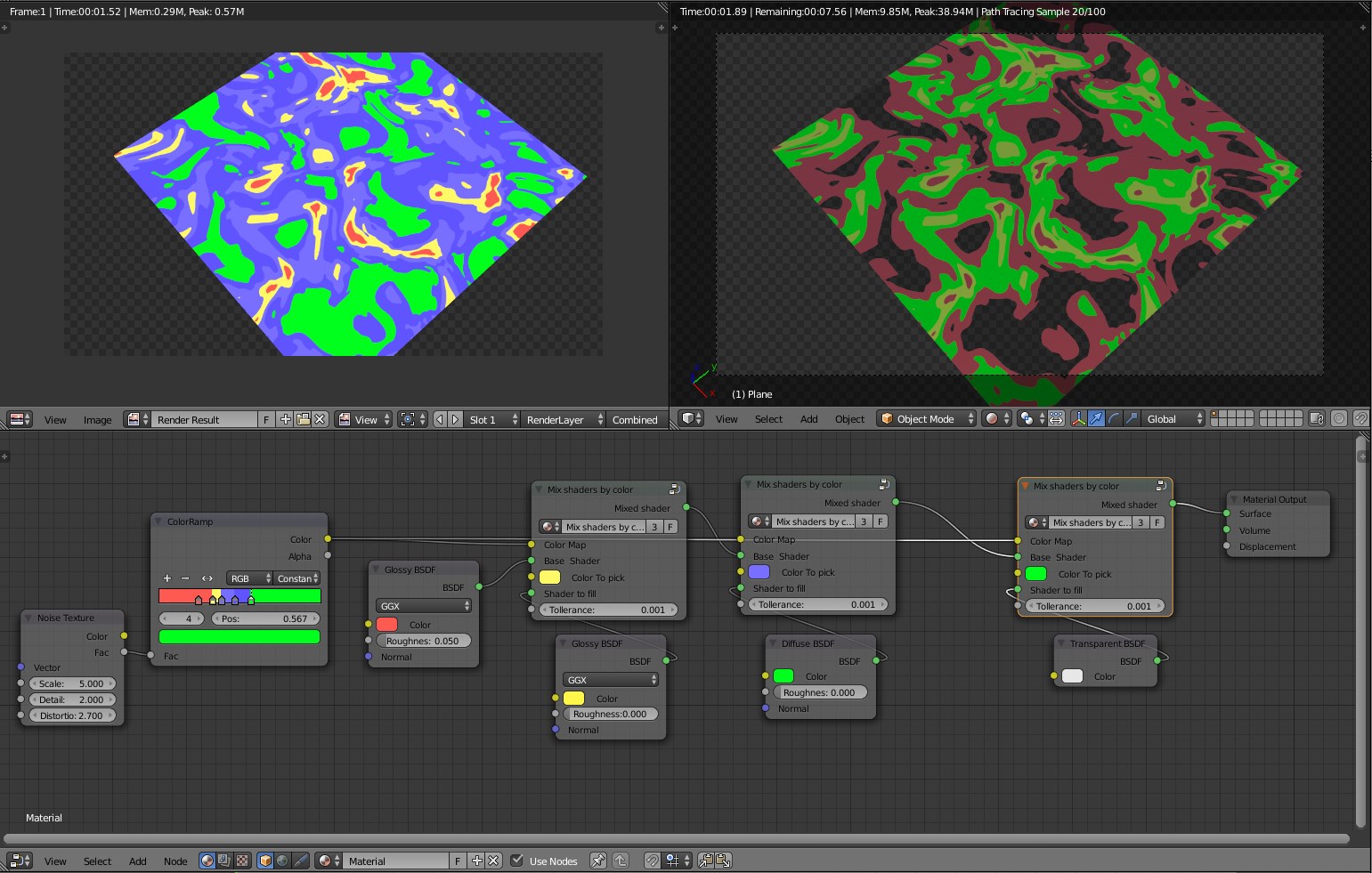 Here's an example of usage with files made by an external application such as the SciFi Helmet by Michael Pavlovic. You can pick the colour from the Colour Id mask directly from the render preview.

Here's a simple set up to do what you asked for: 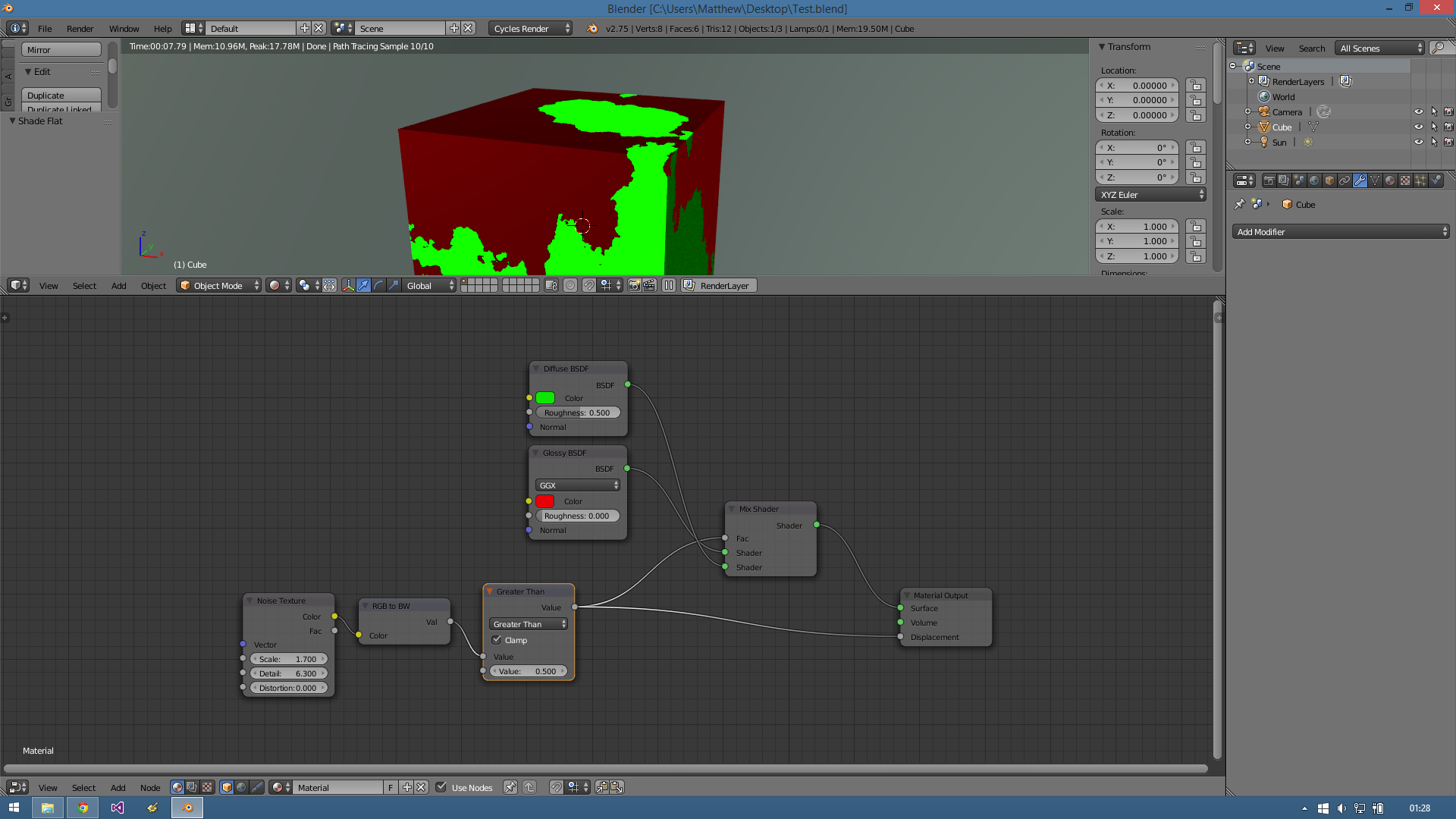 That value of 0.0 or 1.0 can then be used as the factor in a mix shader, and also directly for the surface displacement. (You could add a multiply node in there if necessary).

(I believe the RGB to BW node happens implicitly - as in your set up above, so you could skip it.)

0
How make a specific color have a different shader
15
Using an RGB map to assign various shaders in a material
0
Selecting Color-range with the shader editor?

0
Getting a normal map to work in a multiple uv node setup
8
How to match material properties to physical reality?
4
Edge Angle as Cycles Shader input
3
How can use the mapping node for two noise textures
1
Node compositing - How to switch colours in frames
1
How do I use a map or node as a mask?
0
Is there a node that can separate colors by scale?
0
How can I use a curve node to shape the edge of this node texture?
4
How to create a switch Node that recognizes if a texture is connected to the node input?
0
Can i use a "Image texture" node as a "colorramp" node?