I'm back with another super basic question.

I have four faces that I want to extrude inward(or outward) ten grid units. So I have done the following... 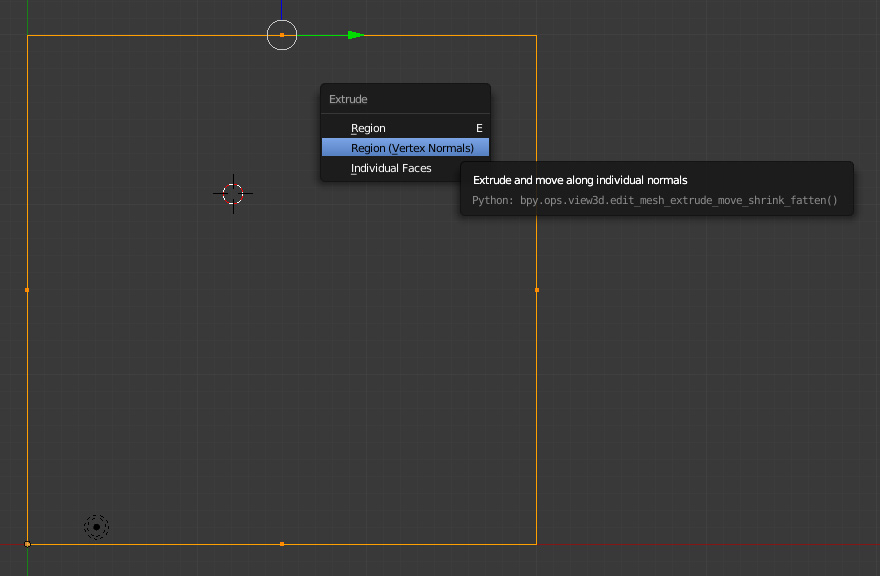 I want to snap the faces in or out and have them snap to each grid line, but no matter what options I check, the extrude won't line up with the grid.

These two pictures are snapped to -.9 and -1, but they don't line up with the grid

It moves two units each step instead of just one, but it's a workable solution. Also adjust the extrude settings to offset by just one unit: 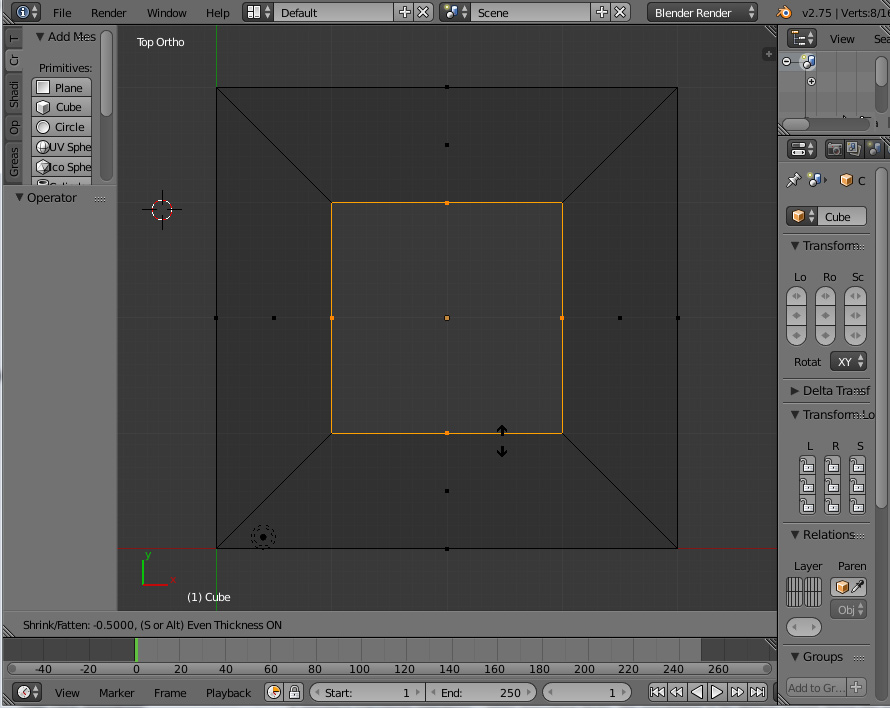 Unfortunately this is mathematically impossible.

Shen scaling, snapping (by holding Ctrl) does not use the grid. You are basically multiplying an object's size, not incrementing (moving) it. So when snapping is enabled it snaps the scale factor to multiples of 0.1 (or 0.01 when Shift is pressed).

The biggest mathematical difference between scaling and translating (moving) is that when scaling an object, you aren't simply moving vertices a certain distance, you are multiplying the vertices' distance from a point (the pivot center) by a scale factor. So the larger the object, the smaller the scale factor would have to be to enlarge the object by one unit.

0
Extrude individual doesn't work for edges?
1
How to cut grooves in a rectangle
2
Snap to grid using knife tool
3
Changing the pivot point and using it to snap to grid
7
What is the fastest way to do a cut extrude / inward extrude?
2
2 related(?) questions: How to scale or extrude multiple selections together?
2
(Beginner) Inset weight “extruding” faces individually
0
Can I snap to face during transformation in animation?
0
the mesh is still snapped even i turned off snapping
0
Why is snapping to the Grid in Blender 2.8 not (always) reliable for precision for centimeters?