Is it normal to have these reflections when full global illumination on?

I am using cycles, Subsurface modifier at 3 for the glass objects to render

Where are that reflections coming from?

Not from the chocolate material. While in your modeling there is actually a small gap between the mousse and the glass cup (this mess up IOR calculation, but that's another story...) that would surely create additional reflections, those are not caused by that.

If you make the chocolate object completely diffusive (or delete it), you'll se that the effect is still there.

Let's erase the object, leaving only the cup and put a small red ring near the base of the cup.

We see that on each stripe (reflectons) is coloured by the red ring. This means that the light travel through the glass object with the path (more or less, I'm not an expert of optics) that is highlited in the image below. 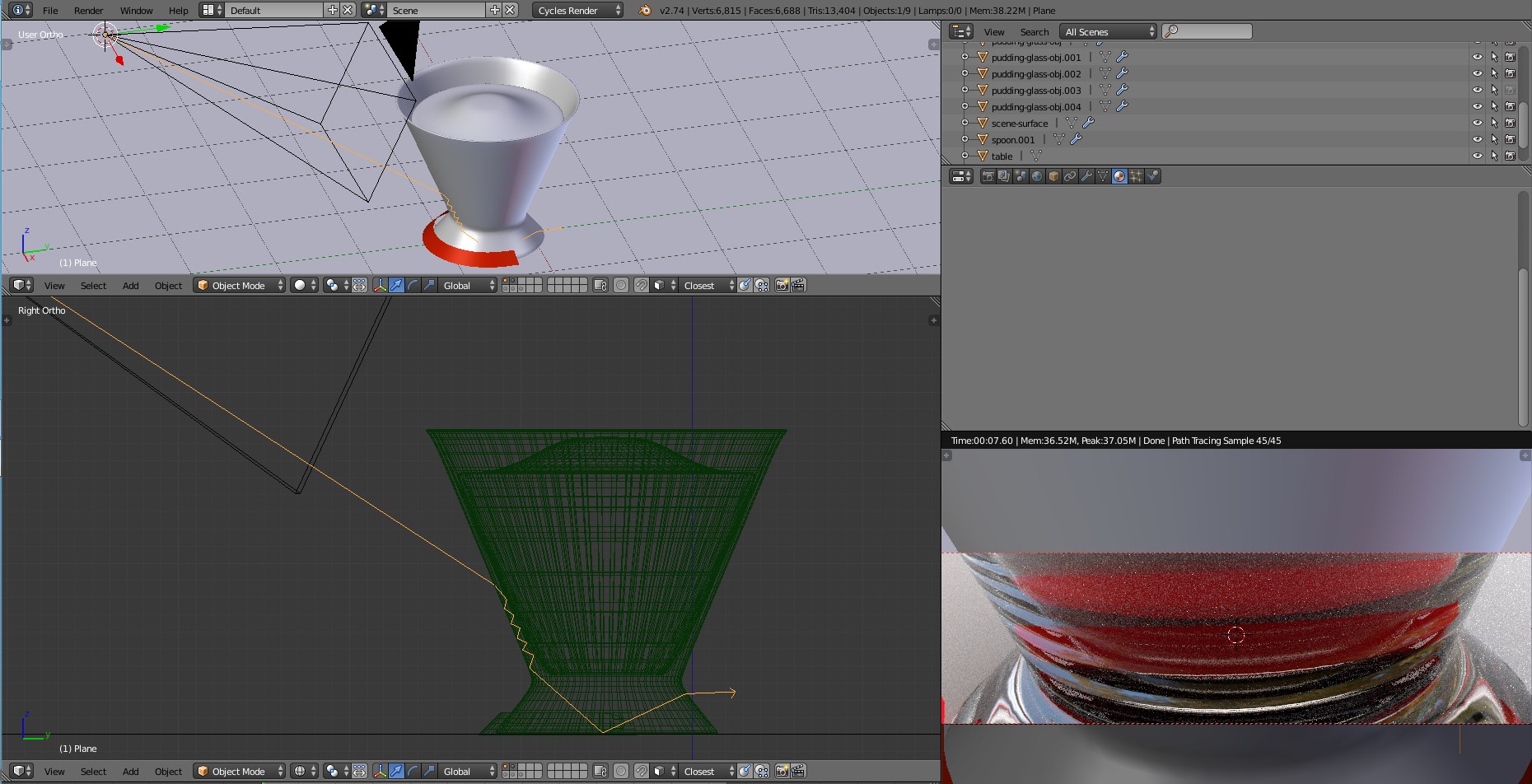 Notice how cutting away the half of the ring that is behind the glass make the red stripes disappear. This is because the reflex is just what the faces (opposite to the camera) of the glass cup base are pointing to.

On the right, inside the black circles there is a small green spot. By maginifing the image we'll see... 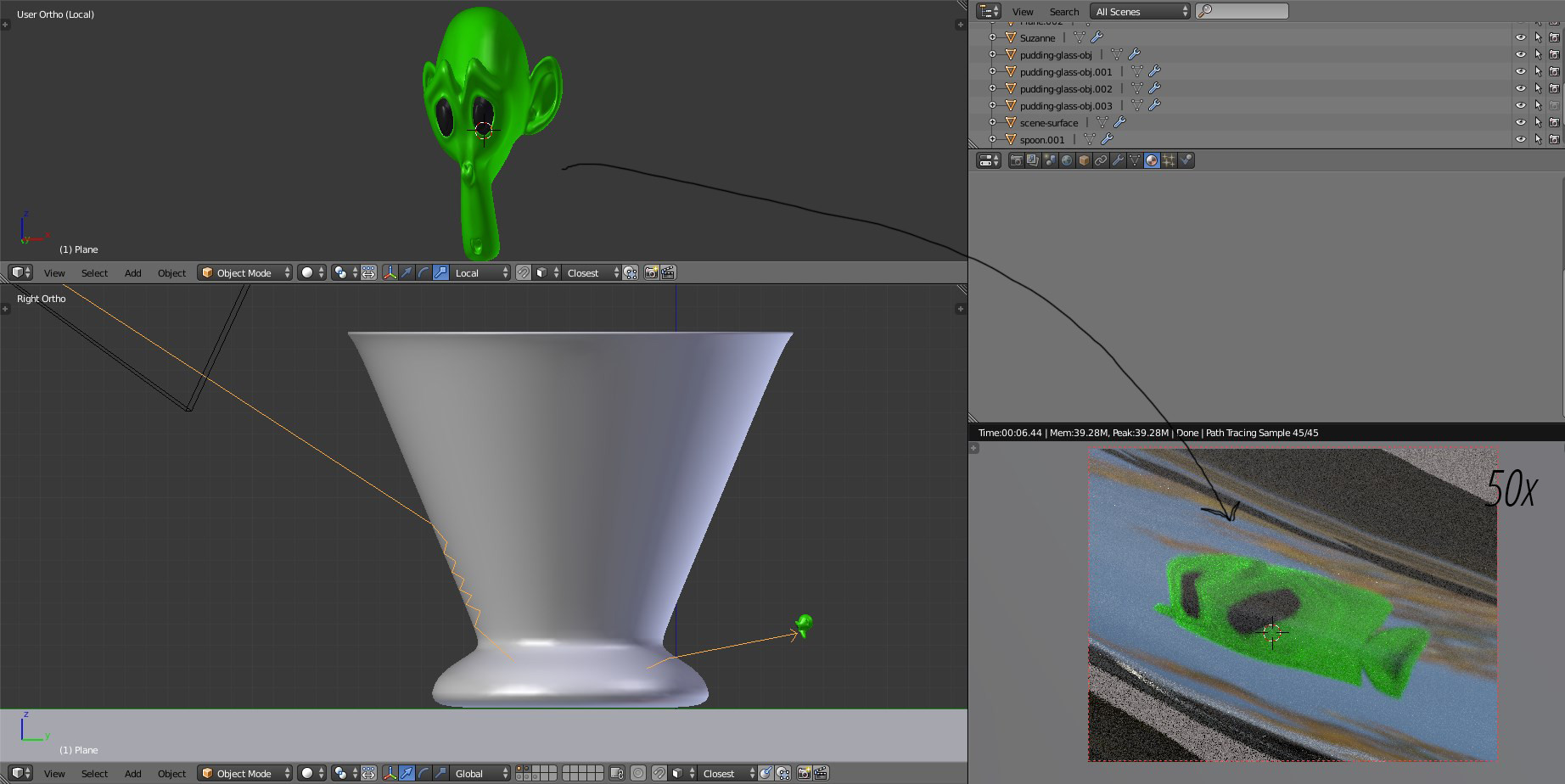 I'm quite sure it is upside down, as when you look yourself in a spoon... we can run another test by pushing the lower faces of the base behind the plane surface. So the ray will hit a diffuse shader and should reflect nothing:

Why there are so many?

Because for each camera ray the light path is slightely different due to the different incident starting angle. At the end of the path they are probably "diverging", so in a small portion you'll be able to see (distorted) the whole surrounding. 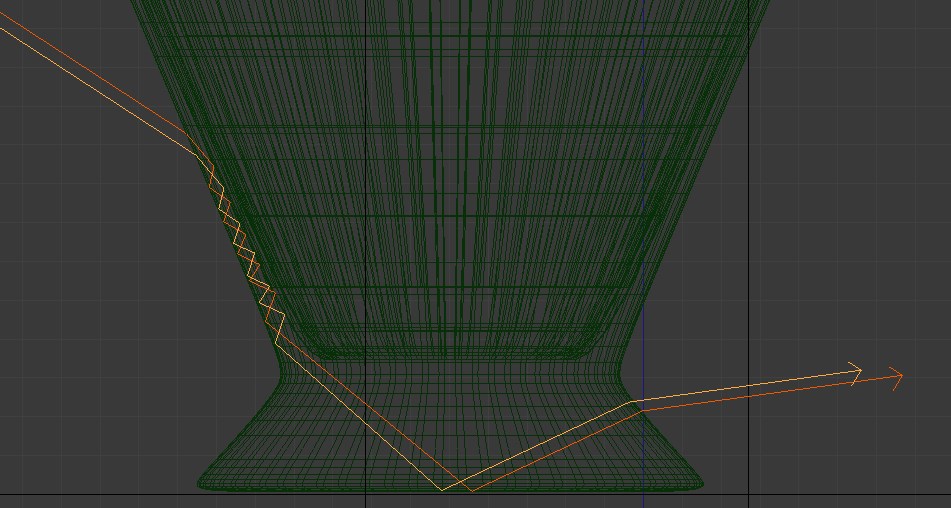 Is this a physically based effect?

Yes it is. You can see it in glasses with a thick base. 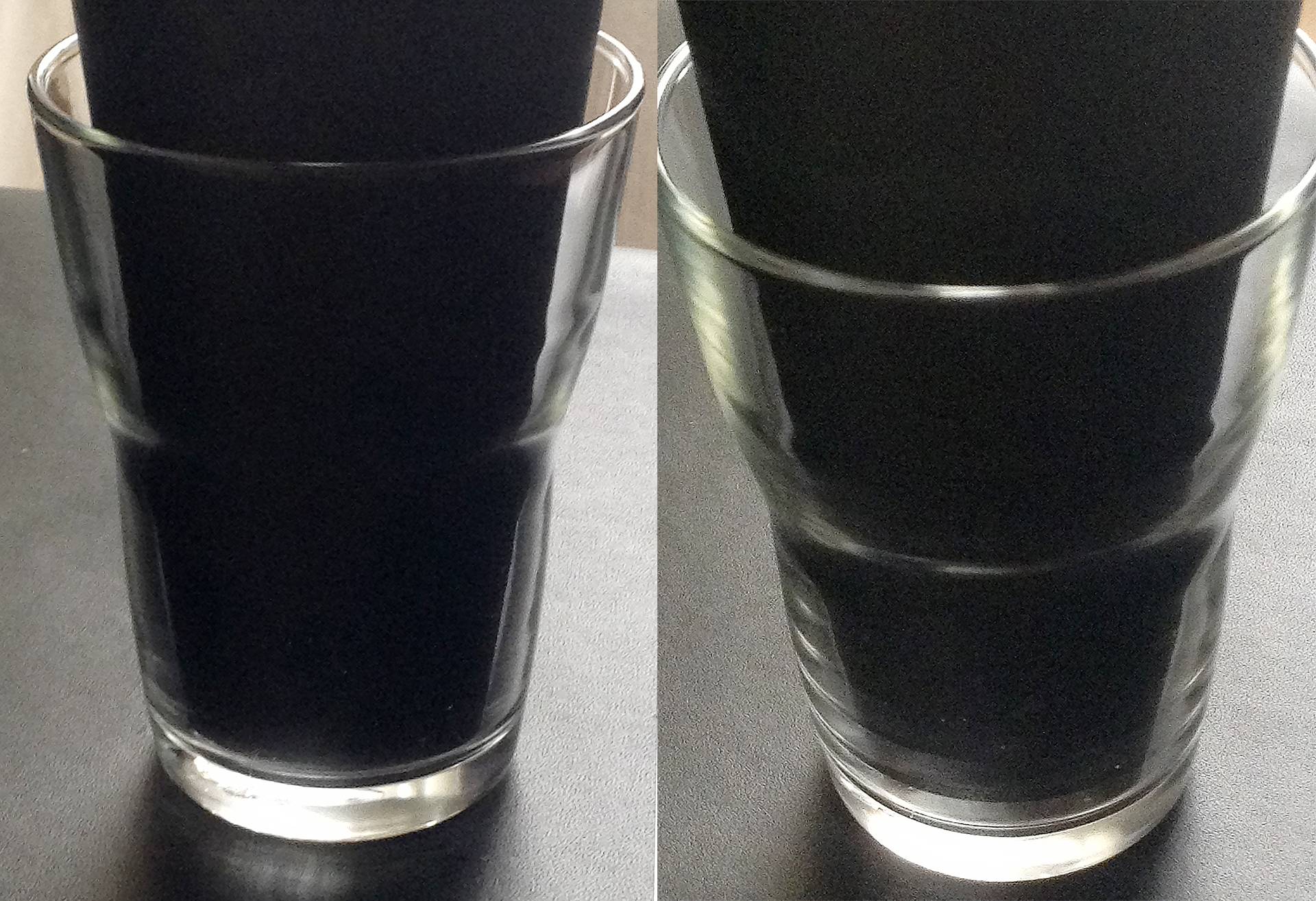 Why choosing "Limited Global illumination" instead of "Full Global Illumination" don't show them?

Because Limited Global Illumination has lower number of "Max" & "Glossy" samples. That factor is ruling after of many light bounces the simulation is stopped. If they are set to a value lower than the noumber of bounces that the light need to travel to get out of the glass, you'll not see any full reflex from that ray. There would maybe some light path that would be able to get out of the glass even with few bounces, but increasing the values, would give higher chances, so it is more likely to se lot of reflexs.

The effect is phisically based. Full Global Illumination's setting as espected helps in making the scene to look more realistic, as it takes in account more bounces.

There are some materials who use the "Add Shader" node that isn't energy conservative, so it can lead to non stichtly-physically based behaviours.

When a fluid is stiched to the walls of a glass container, it is better to deal with interfaces as the link in my comment shows to get a "true" IOR effect. Notice that with that method, you'll also will get rid of the reflections, as the light is reflected (as in real life) towards the mousse, instead of bouncing all around trought the glass volume: 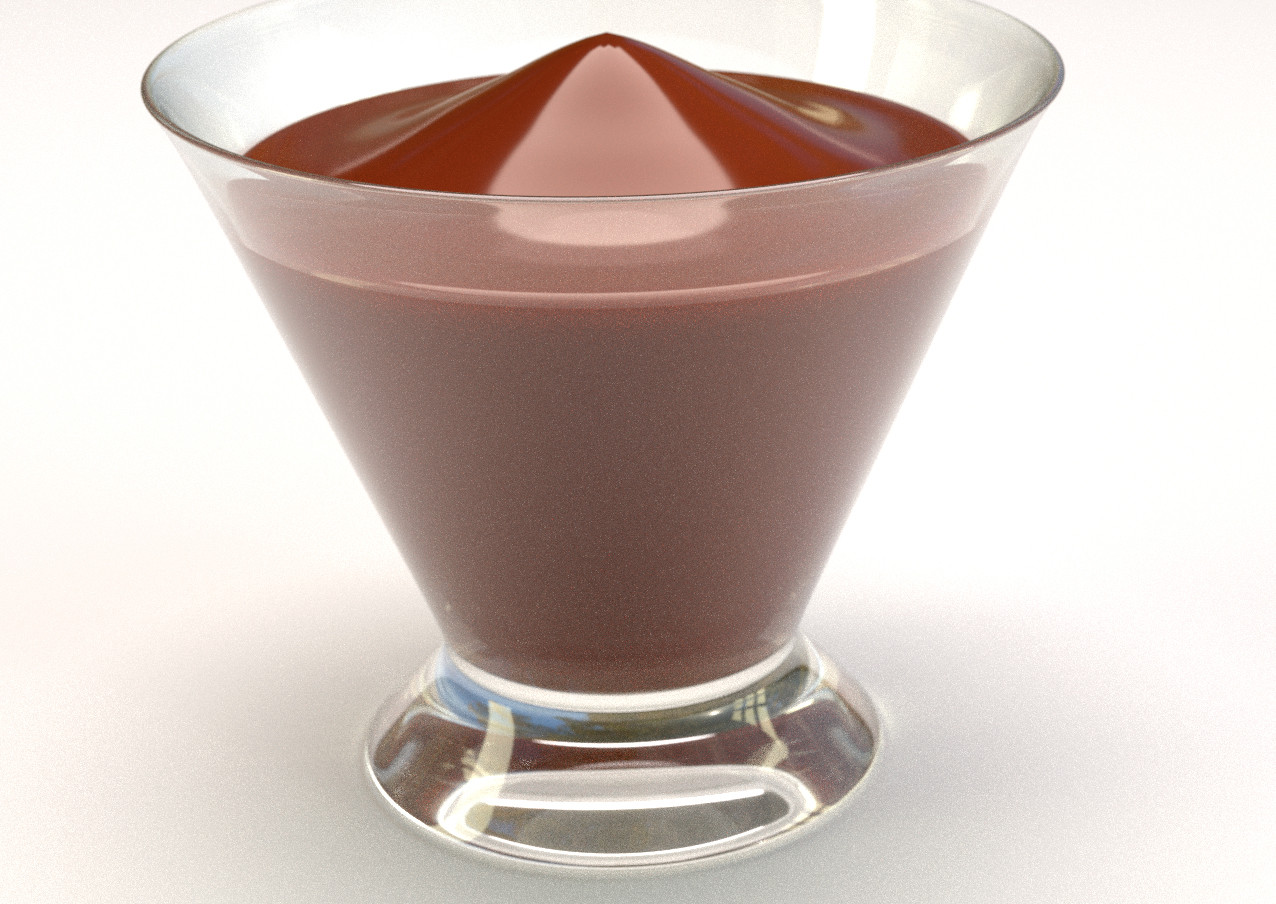 Afaik. This is normal. What is happening is that the chocolate filling reflects the glass' internal surfaces multiple times. One way to avoid this would be to use the light path node to limit the glossy component of the chocolate to only non-glossy rays, effectively elliminating the problem. ANother way around the problem would be to remove the faces of the cup that are in direct contact with th chocolate.

Your problem lies with the use of full white color. Use close to white so that those reflections will diminish with each iteration.

Not the answer you're looking for? Browse other questions tagged cycles-render-engine rendering light or ask your own question.

6
What does the 'light path' node do?
3
Realistic Colored Fur?
8
Why is my half resolution render taking a quarter of the time of the full one?
2
Disabling Indirect Light in the Cycles Render
0
Blender Render rendering dark, spotty and weird image
1
Strange liquid appearance inside glass
1
Weird reflection on glass from specific angle
5
Weird behaviour: A simple material renders fine on one mesh but not the other
1
Baked and applied normals reflect light at an angle