Why this material doesn't render?

this issue is driving me crazy. I have this simple node material with a dirt texture (.png) applied to a plane.

In the preview render it works and shows up but as soon as i try to render i get nothing! 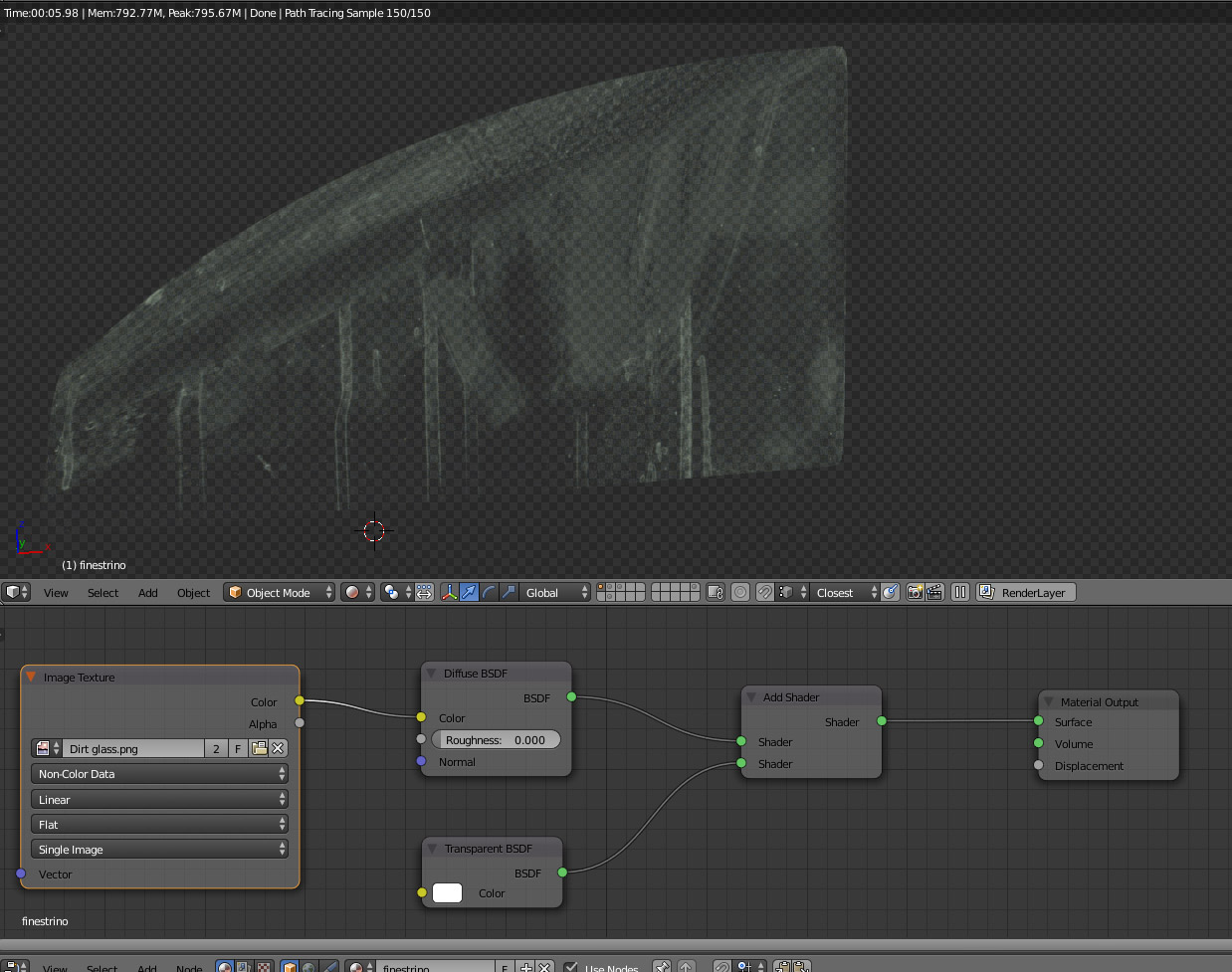 Diffuse shader by default contributes to the final image alpha with a value of 1.

Transparent shader contributes with a alpha value that reflect its colour HSV value's... value. High values corrispond to a low alpha (not in a proportional way).

By using an Add shader you are combining the shaders's alpha info (or you can call it Transparency values) in the final render too. I can't exactly tell you the math between the values combination (see below for some thought about it)... anyway the important thing is that the low values rules!

If the Transparency values would be the imputs of a logical operation, the Add shader node would work quite like an OR operator.

What about the preview?

The difference from the preview cames from the fact that the preview has no alpha, and the grey checker pattern that looks to us as if there is nothing...it's merely a simple, true, background image! It gives the illusion of transparency but it's not related with the final alpha channel. It's the same result you would get in the final render by adding a checker background.

In fact if you put an object with alpha behind your geometry, it will shows up correctly (same thing if you disable Transparent option in the Film panel). 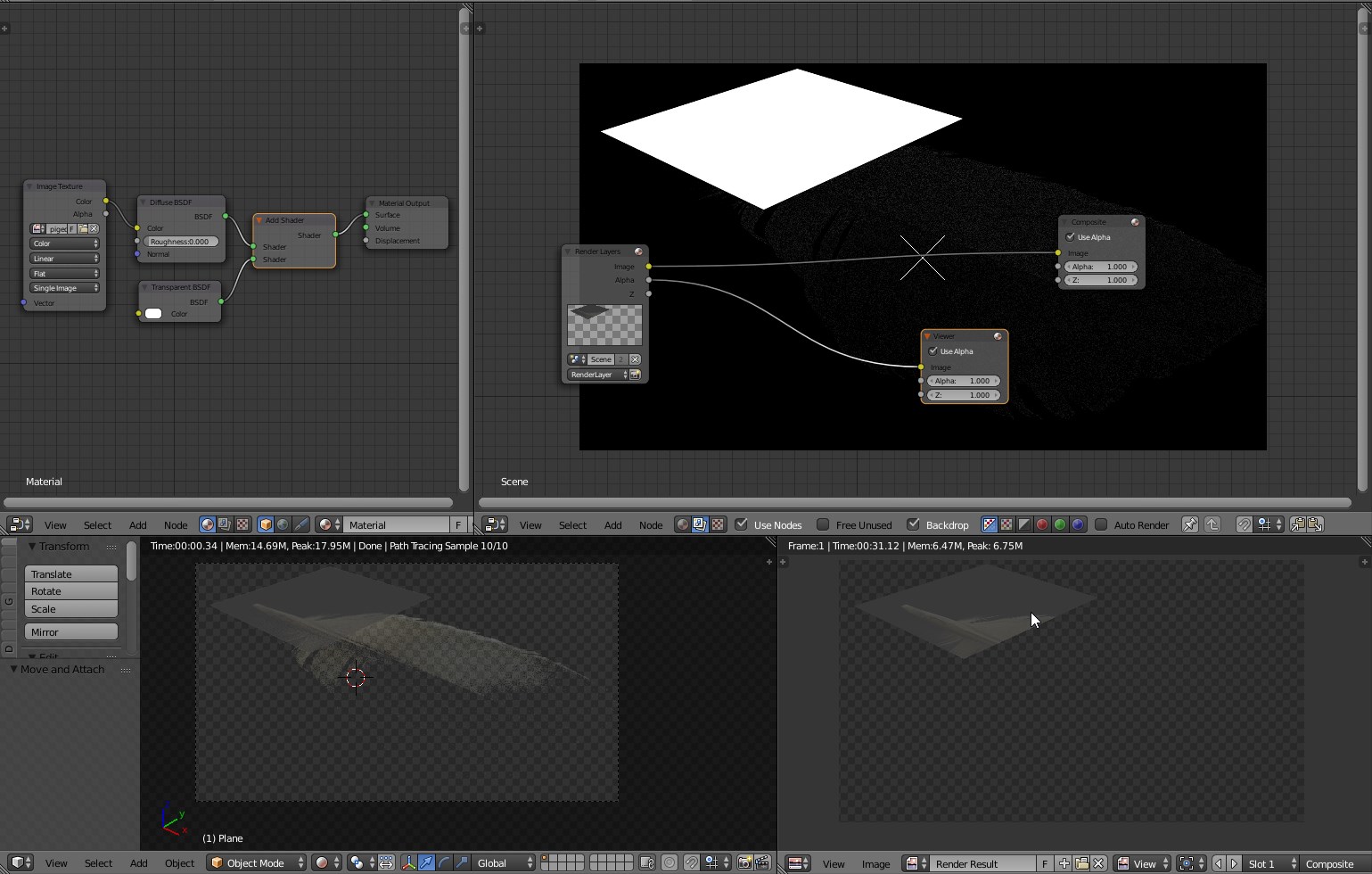 As the resulting shader bring not exactly to a completely black alpha channel, you can try to exaggerate the difference of the values stored into by adding a Math node set to Greater than as in the following picture: 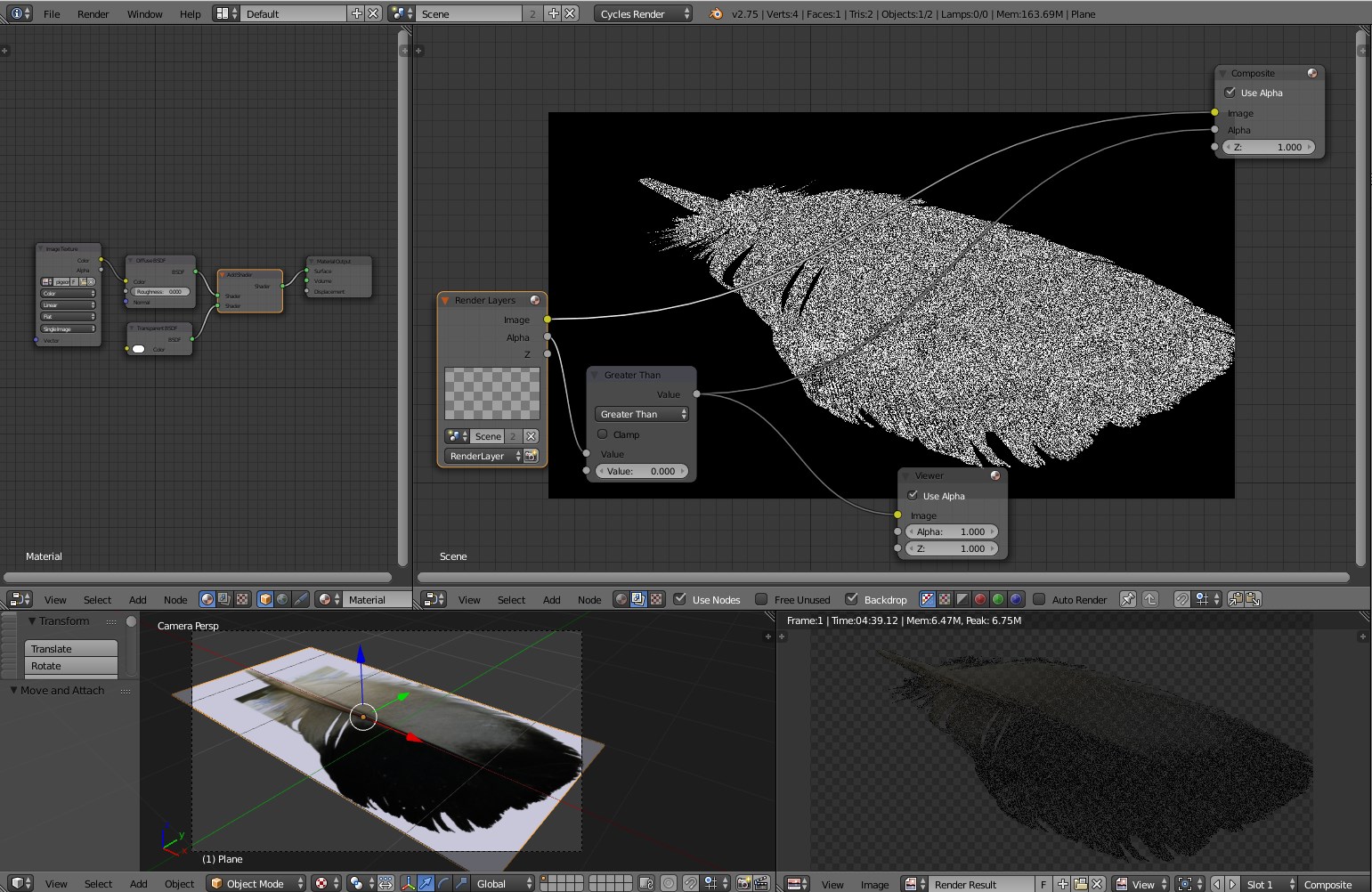 By the way, the most common way to use alpha from texture in shaders involve using the mix shader node as in the following picture: 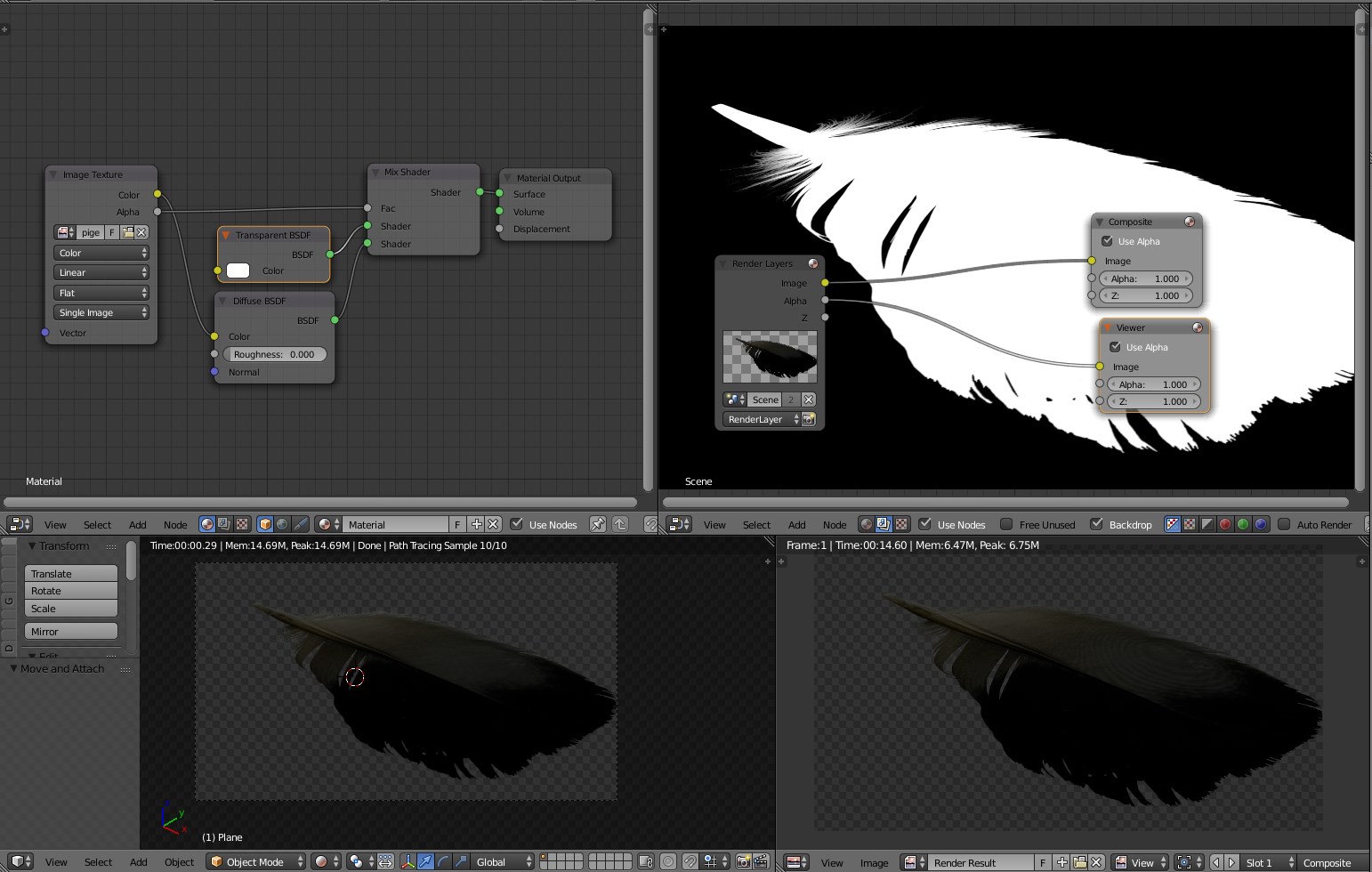 So the final alpha will be composed from a mix of values of the diffuse alpha (1) and the values from transparent shader (0) masked by the texture's alpha channel. 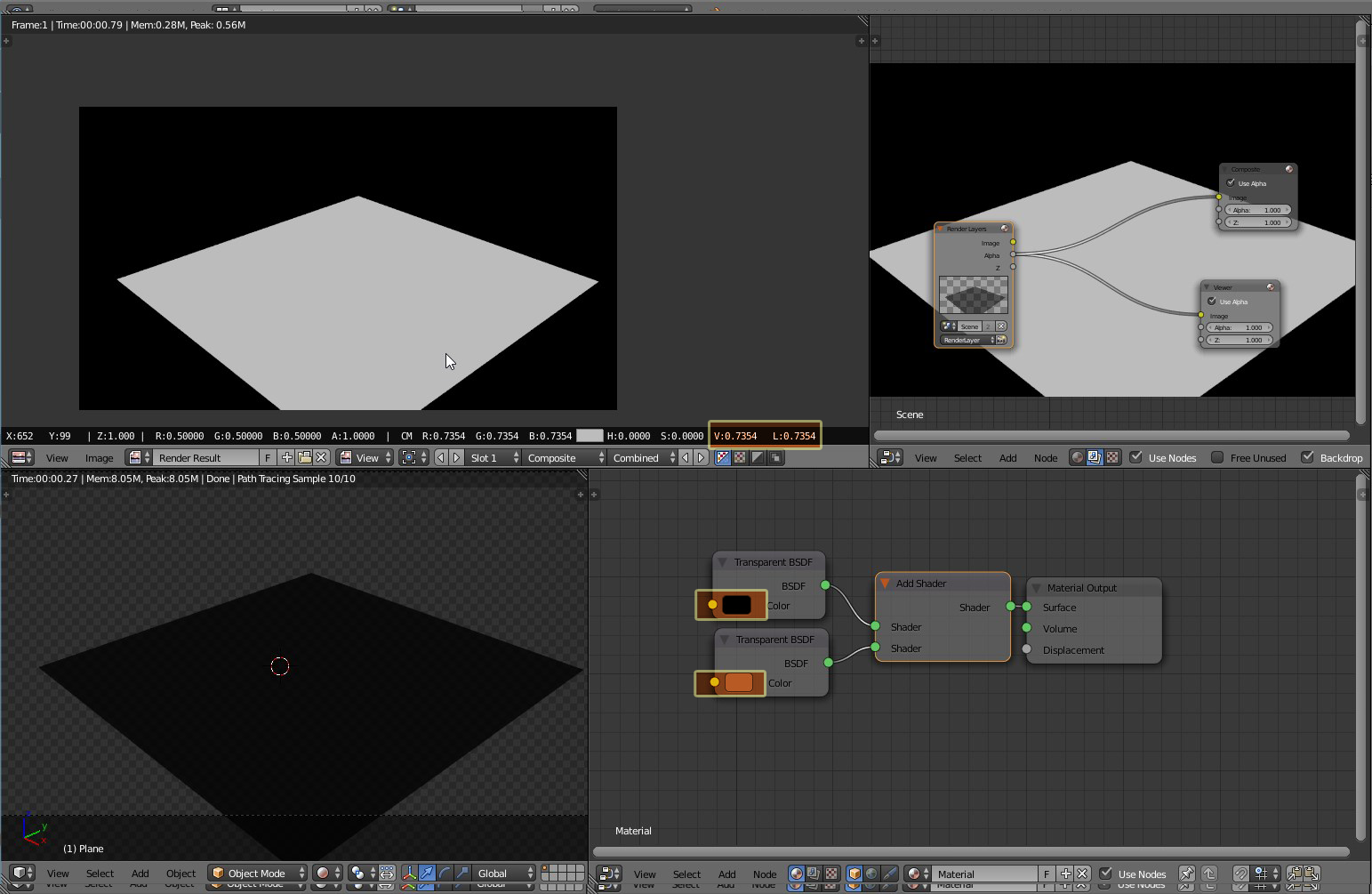 As shown by the blue function in the graphs above, the resulting alpha is quite similar to the sphere sector equation. The difference is probebly due to the use of some dampening factor, anyway there is no doubt that should be something not too far away from: 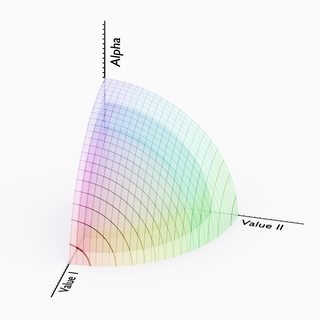 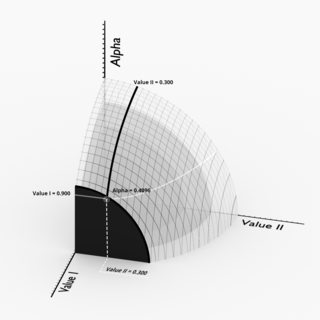 Which means that with that node setup your images will always have an empty alpha channel.

I wasn't able to find any evidence in the documentation of what I said, so consider it as my personal opinion.

Not the answer you're looking for? Browse other questions tagged cycles-render-engine rendering materials transparency or ask your own question.

13
Why is part of my model not being rendered?
2
Using Alpha Textures doesn't work properly
3
How to make a transparent reflective surface with transparent film

5
Cycles Material Texture not showing in render
2
Final render different than preview, black artifacts appear
1
My texture doesn't render
3
How to make a Stone/Clay Material?
3
Texture shows in render preview but not in Render
0
Object doesn't appear in Final Render
1
Why my light doesn't appear when I activate Cycles render?