I've been studying JamesVillanueva's lightsabers for a while now, and have tried to recreate the effects in Blender. The trouble I'm having is with the blade in the compositor. Keep in mind that I'm also trying to animate it. 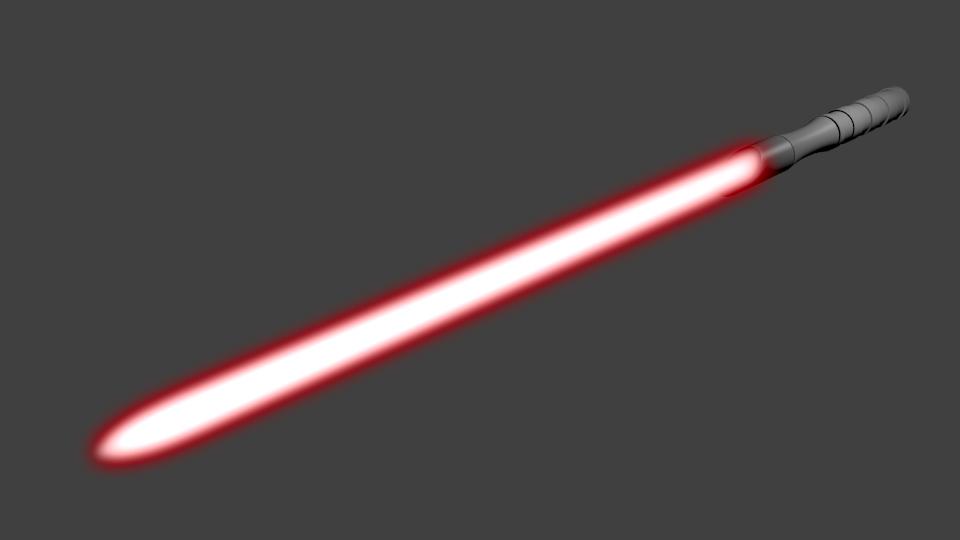 First off, this is the lightsaber I've created with help from Williamson's lightsaber tutorial. Obviously the color of the glow needs a little more work to be accurate, but that's not what I'm worrying about at the moment. This is also rendered in Blender Internal, but I'm going to switch to Cycles when I got everything prepared. The blade model is totally transparent, but its index is fed into the ID mask node.

I'm using two versions of Blender's Gaussian glow. The glow it creates is, unfortunately, omnidirectional. This is different than the glows Villanueva puts on his, where the white core continues into the saber emitter. Also, unlike his, my glow flows over and obscures part of the emitter. This also means that if prongs were placed on the emitter and closer to the camera than the blade, the glow would engulf them. What I'm looking for is something like this: 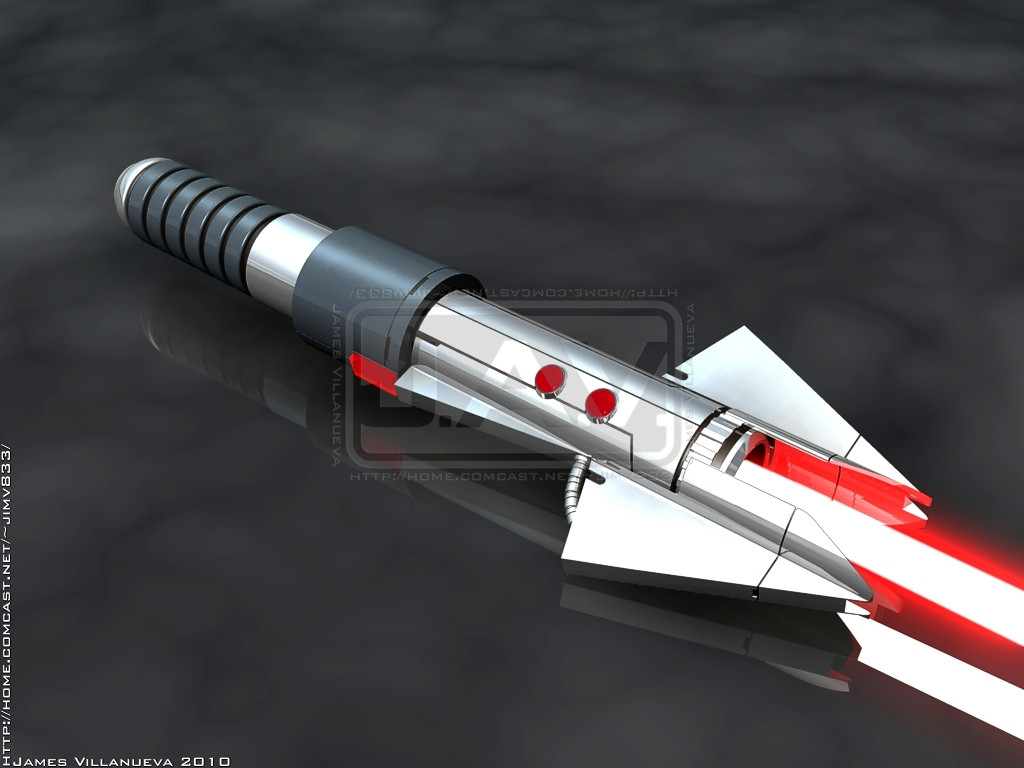 Where the parts of the model that are closer aren't affected by the glow, while those that are farther are.

Anyway, help is appreciated for any of these questions. If there is a different way of going about this and getting the glow, like with Cycles materials, I'd be happy to know.

Here is what I came up with:

Adding a glow without affecting close parts of the handle 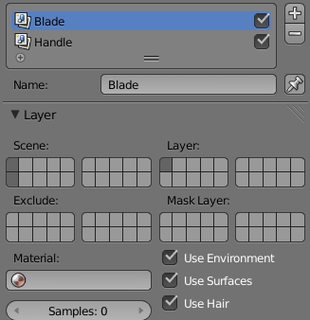 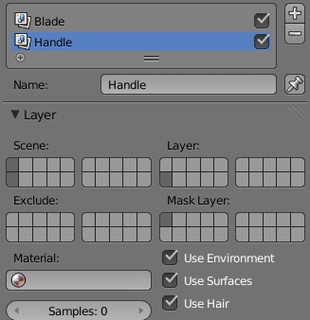 By setting the handle layer to be masked by the blade, we get the glow to be added behind the nearer parts of the handle. 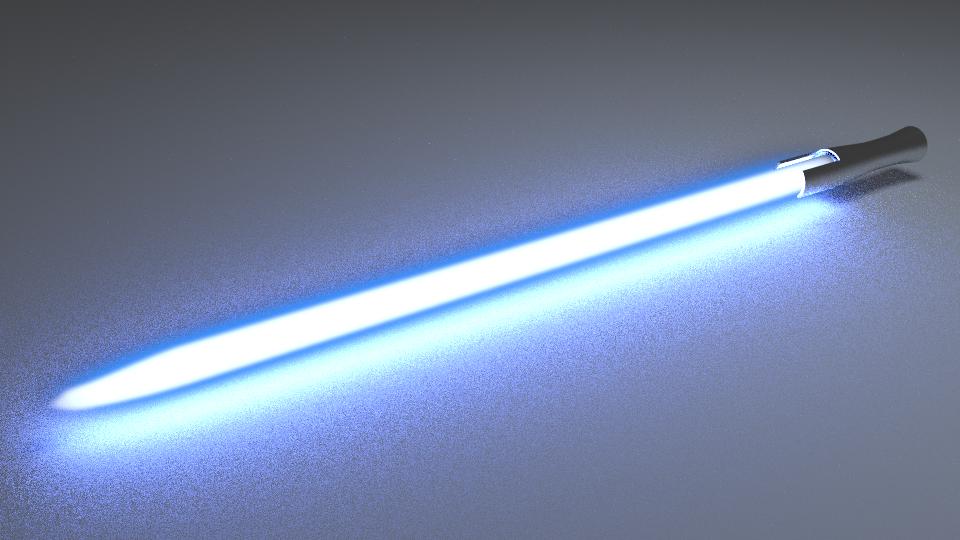 Without and with reflections and refractions blurred: (click for full size) 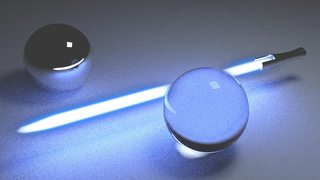 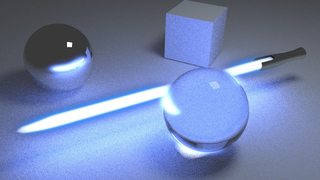 Here is a Blendfile for you to inspect. 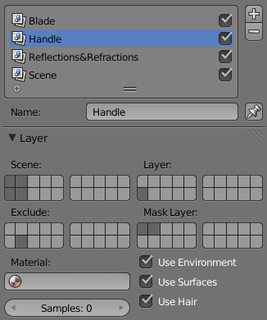 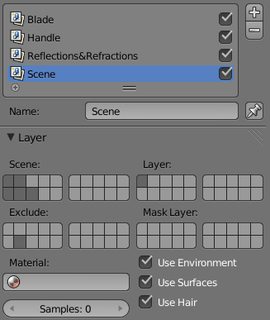 Here is a blend for technique two 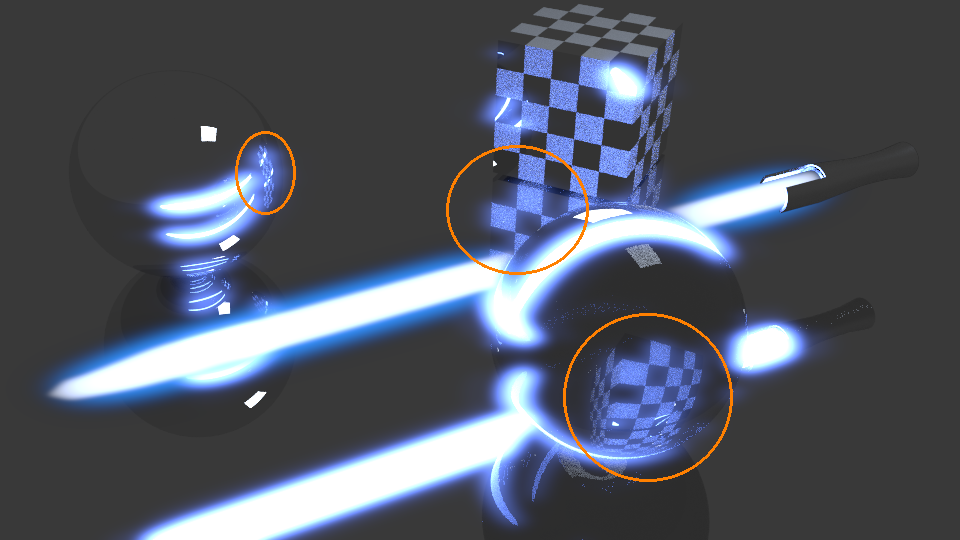 You could fix this particular example by adding separate materials for the glossy/diffuse aspects of the shader and separating with the Material index pass. 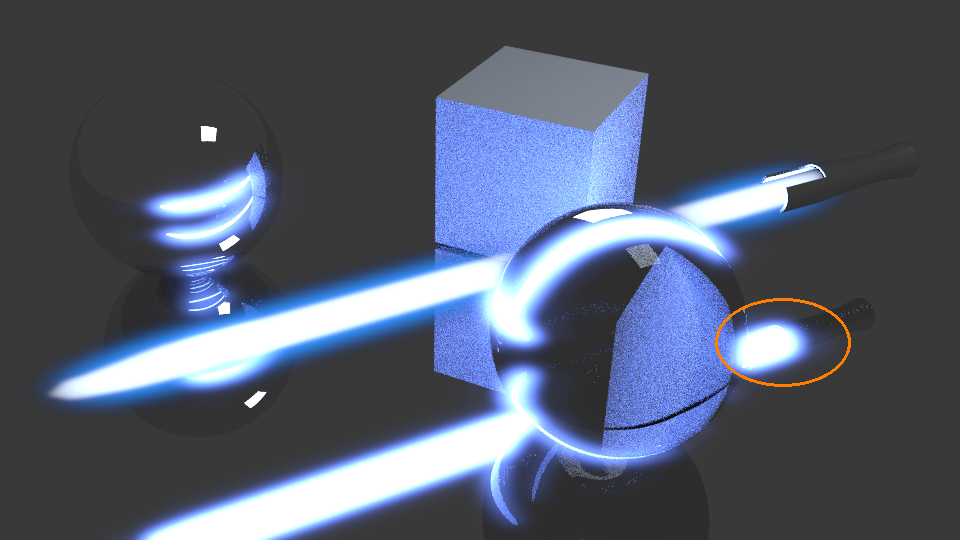 You could fix this by adding another renderlayer, but this will use up more render time and it may not be worth it for such a small detail.

There is just one trick for this kind of effects: Scene-referred workflow. (i.e. using physically plausible values for emissions and forget).

Instead of going through so much contortions, the most effective path is to treat a lightsaber as what it is supposed to be: a saber. of light.

So it only takes a high intensity emission shader, using the colour you want for the saber. That's it. The rest is just a glare effect that will pick up the high intensity lights and create a nice looking glow. It works on reflections, refractions. Motion blur? No problem.

It's super fast to render, super easy to achieve. All you need is in the following screenshot: 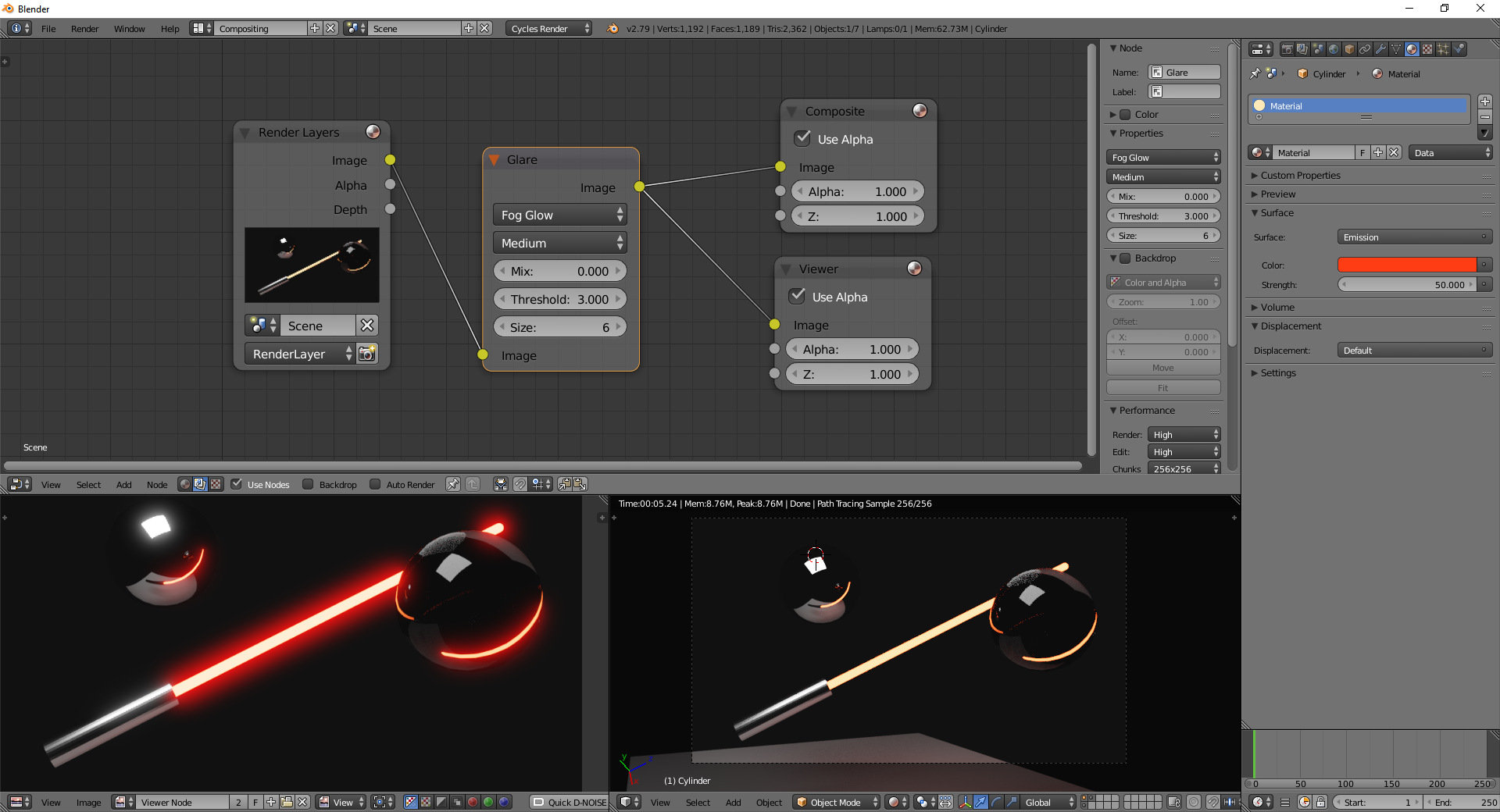 Not the answer you're looking for? Browse other questions tagged cycles-render-engine node-editor compositing-nodes or ask your own question.

2
How would I make this glow?
0
make specific part of object glow
0
How can I make a realistic lightsaber?
28
Glow with depth in Blender?
14
How to create a fire/light effect in a spaceship engine
10
How to render lightning in Cycles
5
A tube of light in a volume shader
3
Creating a "halo" effect for a material in cycles?
0
Cycles Render passes: Glossy Direct vs. Indirect
0
How to create a glowing object in a light background?
See more linked questions

15
Real depth of field in blender, without post processing
0
How could a lightsabers bright core be maintained when motion blurred?
3
Composting/Post processing animation
5
How do the options in the Post Processing tab work?
2
Blender cycles glow on transparent background
3
Difference between VSE Add Blend Type and Compositor Mix Node Set to Add
2
How to add a vibrance value to a render in post processing
1
Blender - Subsurface Modifier causing extreme pinching in L-shaped corner