Cannot figure out how to rig a flexible strap

I'm trying to rig a long, high-poly rectangle object so that it will be posable/deformable to behave like thick strap or belt. I don't need it for animation, just static renders.

I've successfully employed armatures to pose segmented "hard" objects, but this deformation thing has me baffled. The rectangle mesh is composed of multiple polygons along its length so there are plenty of places for it to "bend".

I've spent several days working on this and have viewed multiple video tutorials and read multiple guides, but in the end I'm just as confused as ever. It appears that there may be several approaches to this, none of which have worked for me yet. Any suggestions?

UPDATE: Here is a screenshot from my project. The chamfered rectangle is currently selected and it is what I want to make flexible, like a strap. Above that are objects that are to be a carabiner that will be articulated and (hopefully) all a part of the same armature. Nothing has been parented to the single armature yet.

I know how to bone the carabiner; what's stumping me is making the chamfered rectangle deformable. One tutorial I saw stated that parenting (Ctrl+P) does not result in deformable meshes. 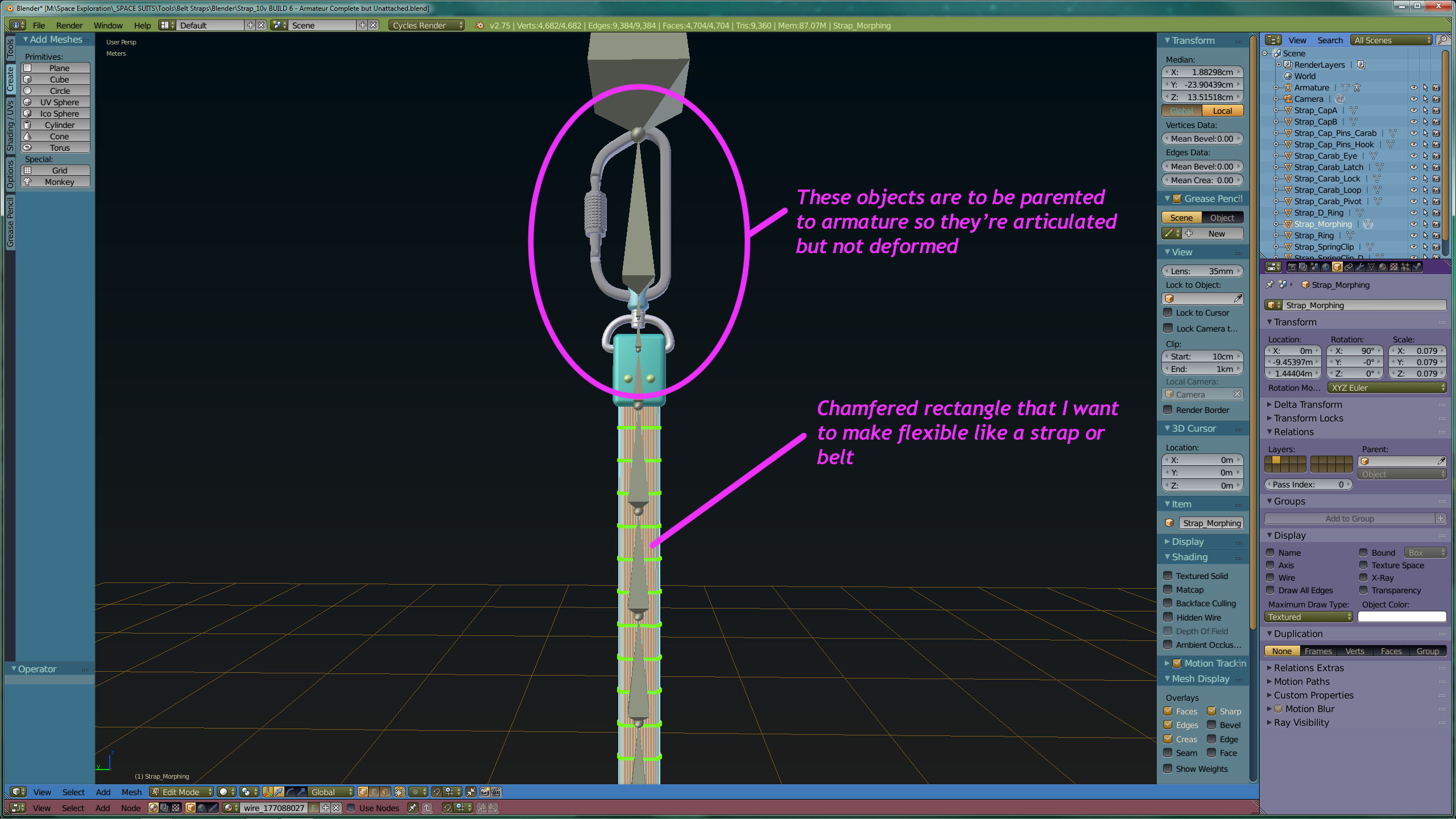 Browse other questions tagged rigging or ask your own question.

1
IK rig spins out of control
0
IK/Posing Nightmare
1
Rigging a flexible rod
0
Help figure out unexpected arm rotation
0
What's the best way to do an IK rig for a stick figure?
0
Vertices deforming in the wrong way… can't figure it out
1
cannot get rigify rig to bind to mesh