I had a few .mov video files in channel 1, and it rendered fine, but then I tried to add an mp4, and I got an error (xyz.mp4 could not be loaded), so I decided to add some .jpg images instead.

I tried duplicating one of the strips from the first channel and putting it into the second channel (hoping is was just an issue with the channels), and it still had that issue.

But when I added a new .mov, it would render that one fine, but it wouldn't fix the other strips. 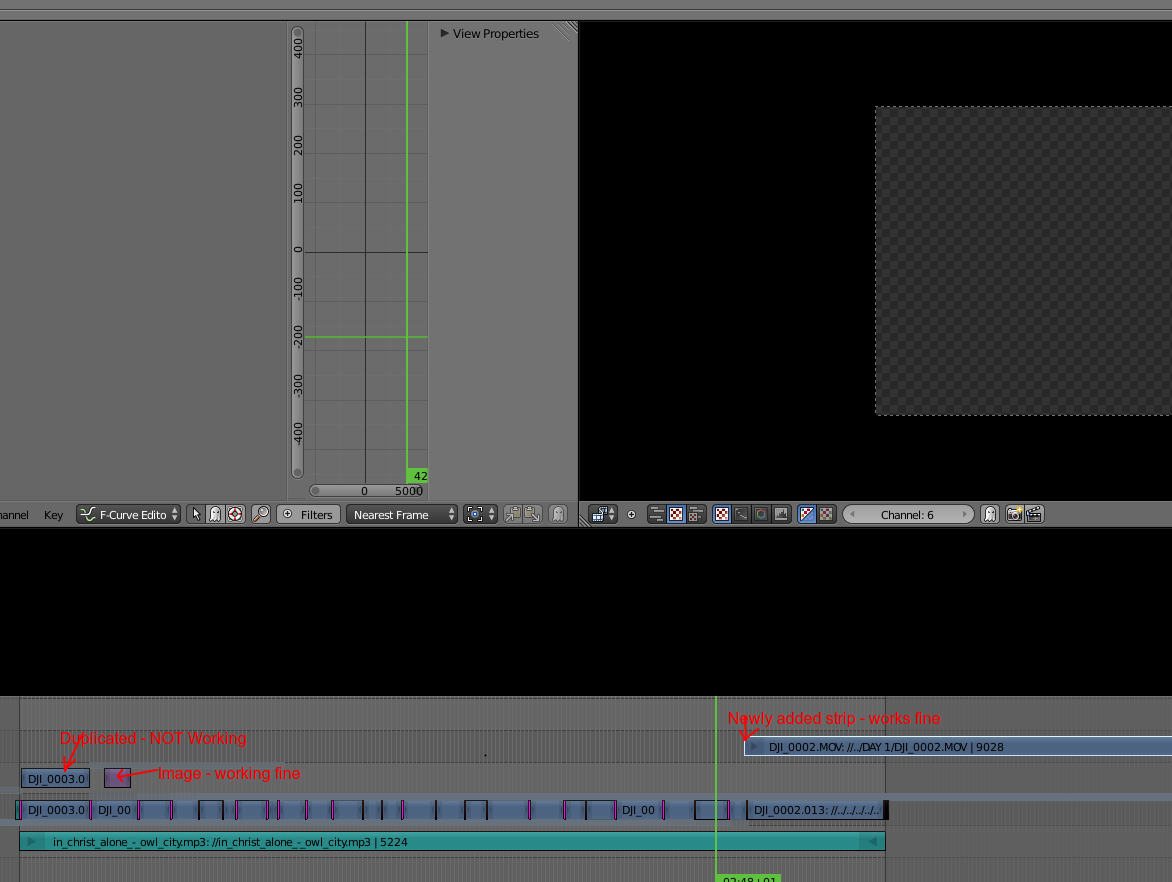 Browse other questions tagged video-sequence-editor video or ask your own question.

3
Preview and rendered video from VSE suddenly shows nothing

5
Workflow to convert rendered images to video
0
Sequence editor split screen video output black
1
How to use all the audio and video strips in the VSE as a video texture?
2
Video Sequence Editor: playback lag after stripchange
3
VSE: Use png images in one channel as alpha mask for another channel
0
Video Editing in blender 2.8 - FFmpeg renders nothing
0
Blender video editor blank render