How to recalculate Follow Path animation after curve length has been altered?

I have a Curve Object and a vehicle following it using a Follow Path Constraint. I'm using the Fixed Position method and keyframing the Offset slider.

The problem is that I had to shorten my path and now the animation keyframes no longer match up (since they are based on the length of the curve). How can I know how much to rescale my keyframes by so that they will once again occur at their proper times?

Put simply, I want my vehicle to travel along the Curve at the same speed it did before, with the same acceleration/deceleration keyframe data, but adjusted to the new Curve length (stopping sooner).

Here are the keyframes:

So what happens if we delete the last point on the curve? The entire animation speed changes. What is the formula for correcting for this? How can we know what percentage to scale to in order to make it animate at the same speed it did before we deleted the tip point?

Is it possible that the keyframes' Y values needs to be scaled as well as X? 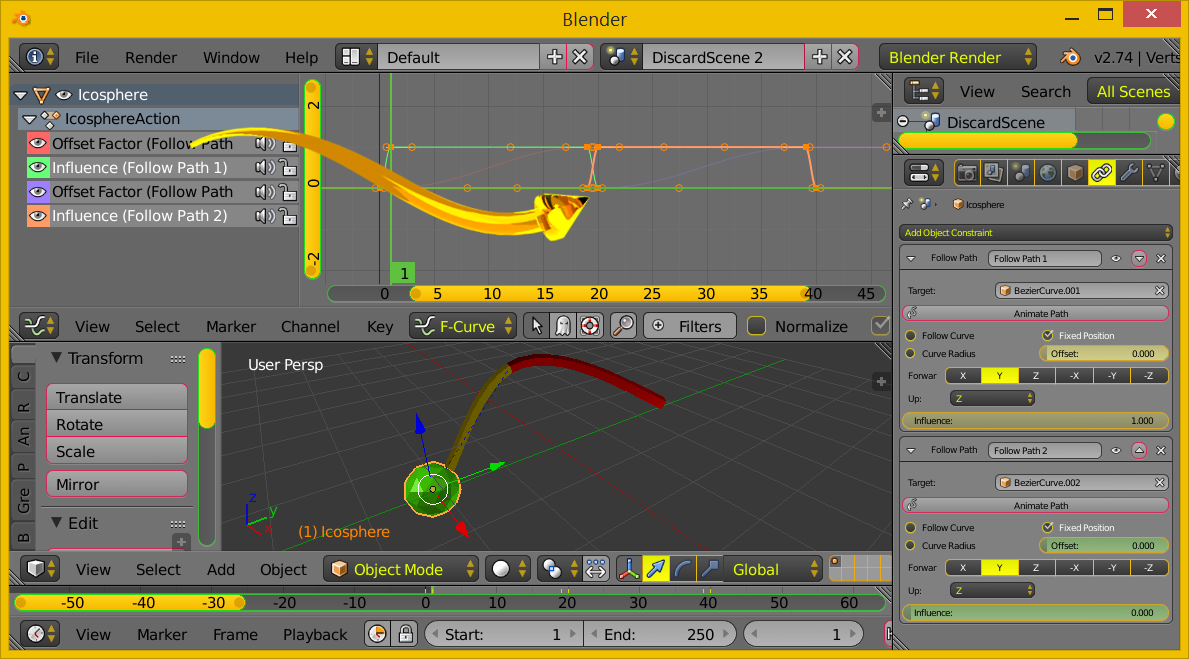 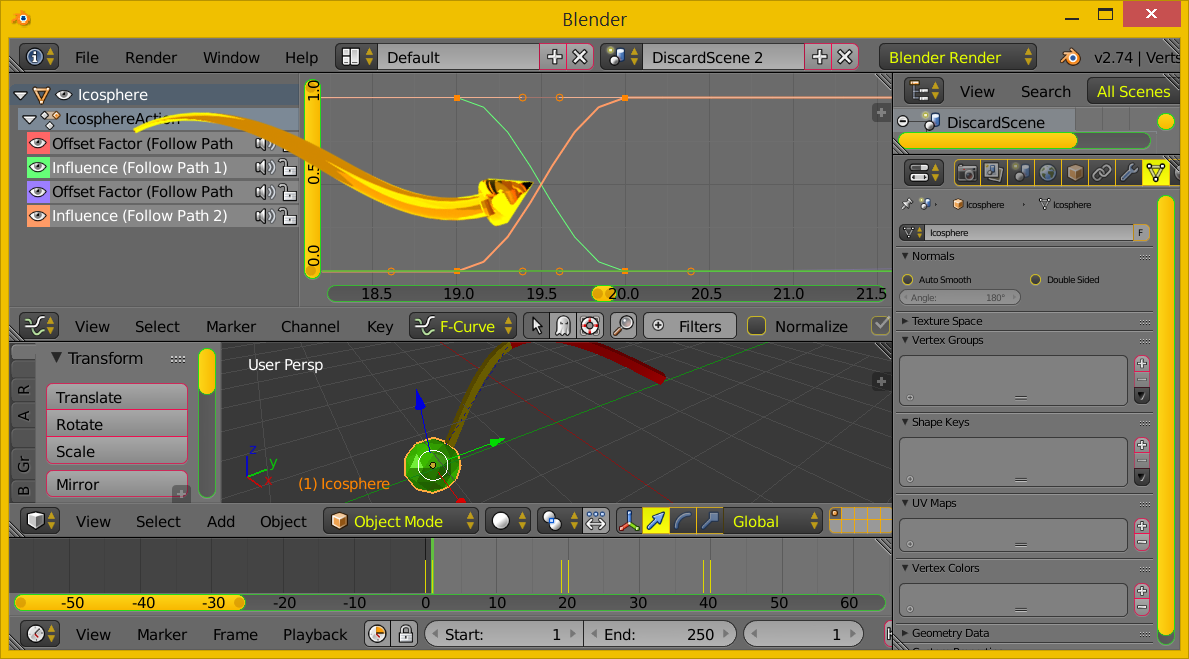 In the 3D View are two Bezier curves, red and yellow which visually appear continuous by position and slope. The two curves which were originally one and were [separated] to preserve slope/position continuity (piece wise continuous). The green ball first follows the yellow curve and then the red curve. The movement is smooth across curves. Speed continuity is reasonable because the constraint influence curve has value 1 for a designed range of frames.

Curves are different colors and have positive bevel for explanation purposes only. Curves need not be rendered. The image on bottom is to emphasize the graph [influence] values as they transition.

In this example I have repeated the location for one frame. Change the end [offset] to a number such as ( 1 - (1/[number of frames in range])) if this suits your goals.

Method 1 Verbose Discussion of above

Not the answer you're looking for? Browse other questions tagged animation bezier-curves keyframes or ask your own question.

4
Clamping camera to path, existing keyframe positions are thrown out when path is extended?

8
How to follow a path by curve points rather than length?
2
Actual speed of object on curve
2
How to bake follow path constraint to animation keyframes
0
Camera animated using Follow Path contraint wanders then Jumps back to path near end of animation
2
how do i insert a keyframe at the frame where the object reaches a path control point?
1
How to pause camera along animated path
0
Constant speed along path
0
Follow path constraint - object goes back and forth when speeding