How would you hide the cracks in cell fracture?

I was watching a video (link to video) video and you could only see the shards where the places have hit the ground, but when I do cell fracture you can see the cracks before they've impacted with anything. I've checked on google and couldn't find anything. Also I want it so that the cracks only show up in the places that have been hit. For example, if a corner of a cube hit the ground then only the cracks in the corner will show and the rest of the cube will remain solid and intact. Watch the video I linked if you don't understand what I'm asking, it could help.

An example of my problem: 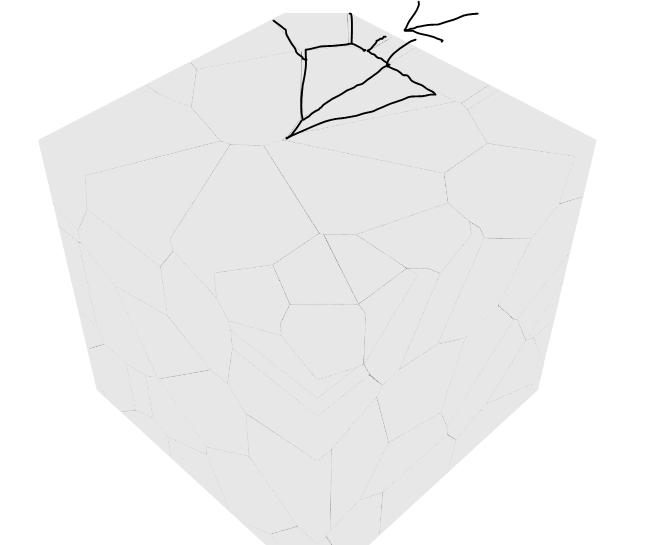 I did a cell fracture test with 0 margin but still got cracks where I don't want them (I know it's blurry, I just like my depth of field and motion blur) : 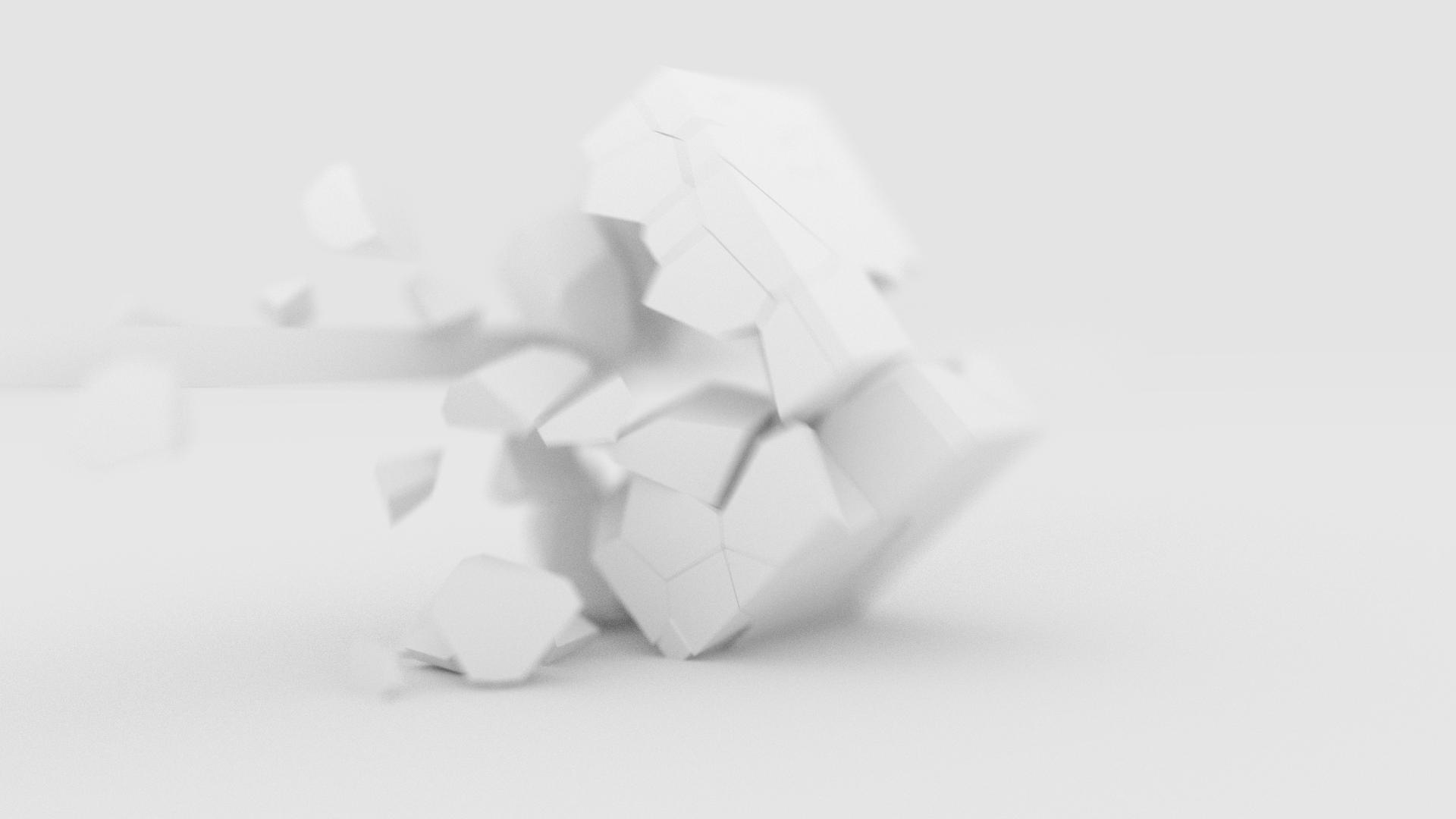 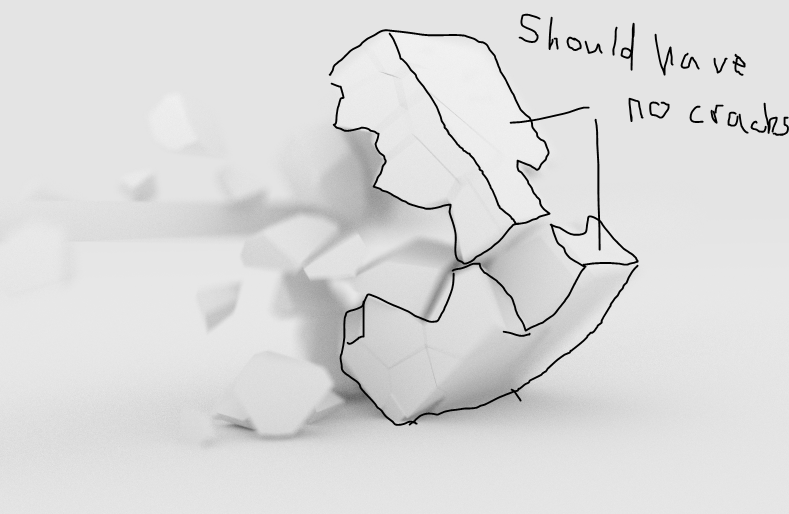 It's the same with a stationary cube with 0 margin which hasn't been hit. You can still see lines where the cracks are.

The examples in the video where it's show without any cracks where it hasn't been hit is in the first scene with the text and in the other seen with the horse. You can see that the top of the text has no lines or cracks until it hits the floor and it's the same with the horses body.

How would you recreate how the fracture in Phymec's video?

You could put the unsharded cube in one layer and the shards in another layer:

But using this exclude method, just must make sure the unsharded cube and shard move in a same way for smooth transition during switching excluded layers

For example, if the collision occurs at frame 100. Then at frame 100, it looks like this: 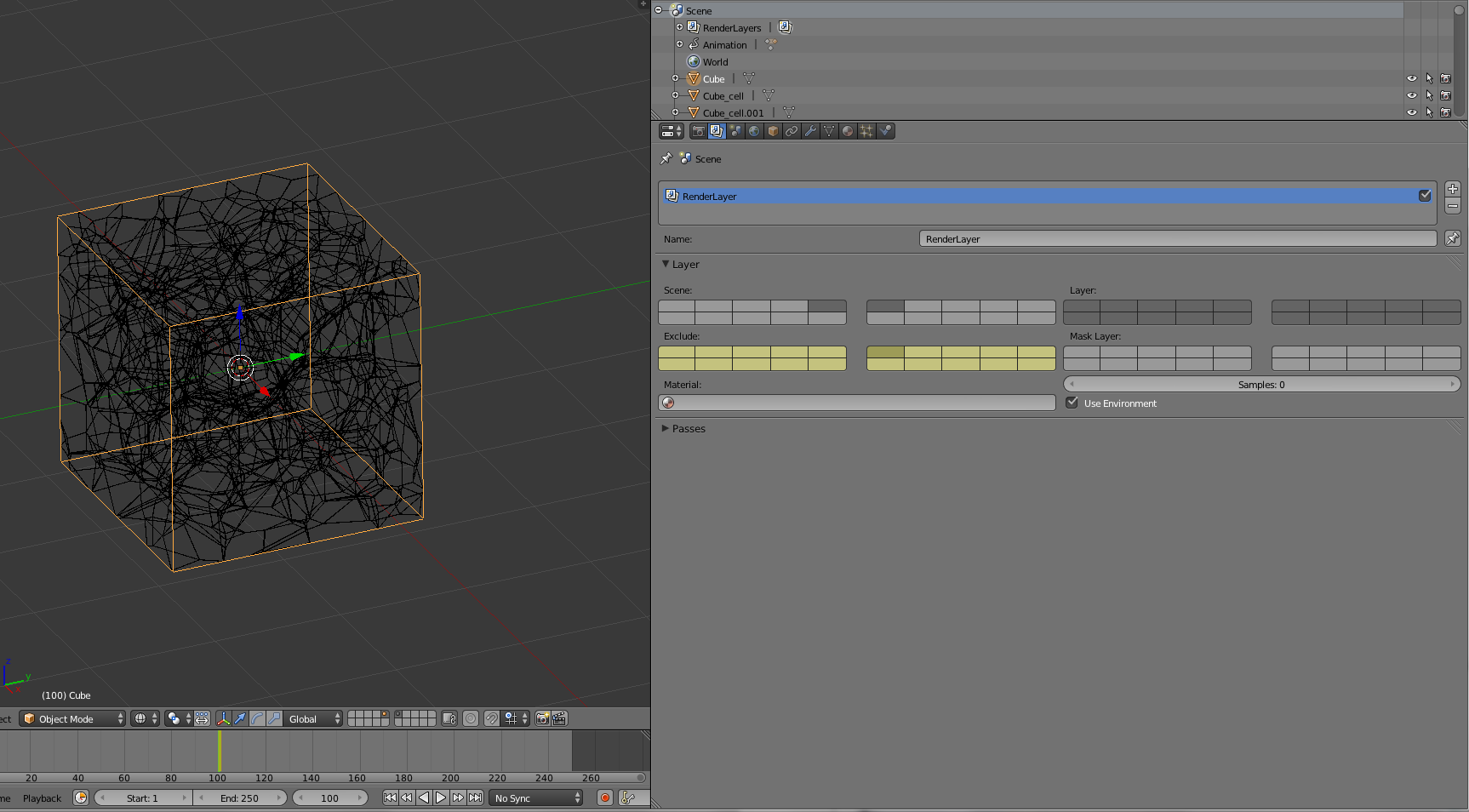 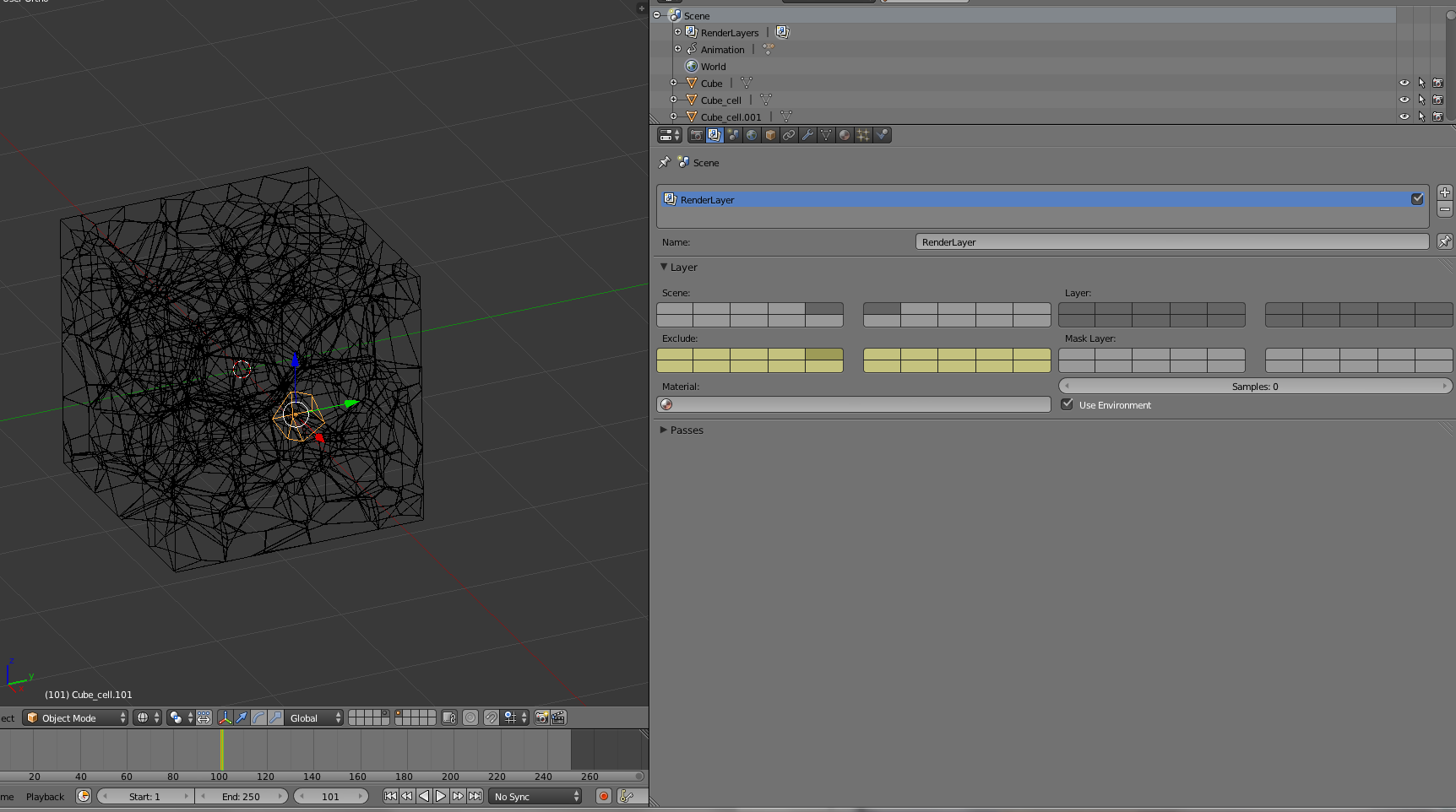 After you make changes in these variables (while shards selected), then click 'update selected'