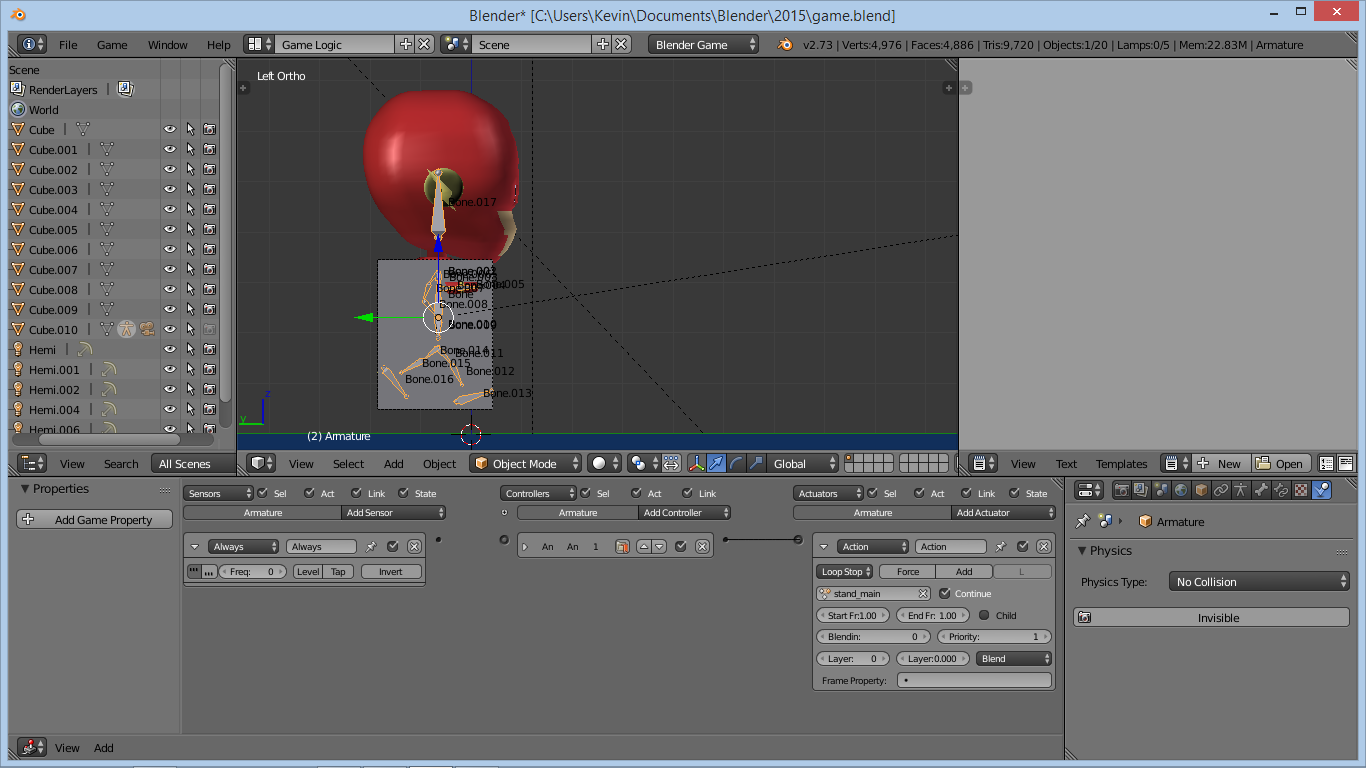 So I'm not good at blender and you can see that. My problem is that I added a control like jump and whenever I press spacebar the character does not go back to the floor. If this is related to physics I tried some but I can't seem to find the right one and for a character where should I put the physics armature or the main character?

From what I've seen online the method usually followed by the character is the following:

Tip: In order to remember which to select first for parenting think this. When a ship goes down, you pick the children first and then the parents. So the last thing you select is a parent. Read that somewhere.

Edit: Forgot about the bones's physics. Set that to no collision if you don't want it to interact with stuff. Also I think that the parent's physics would overwrite the childrens's. So even if bones was dynamic nothing would make them move differently.