I've imported an obj file of Comet 67P here (newly released) and found it has over 4 million polygons. I'd like to reduce that number, but using somewhat "scientific" method/strategy using an algorithm I understand. For example - I would want to avoid alter heights or shadow positions, volume, etc.

This, this, and this link are also helpful.

So instead of "Just use decimate", could I have a strategy, or some ideas how to approach creating an algorithm which reduces the polygons - by a factor of say between 2 and 10, which maintains peaks, valleys, volume, etc. Maybe something like a "it's pretty flat around here" detector? 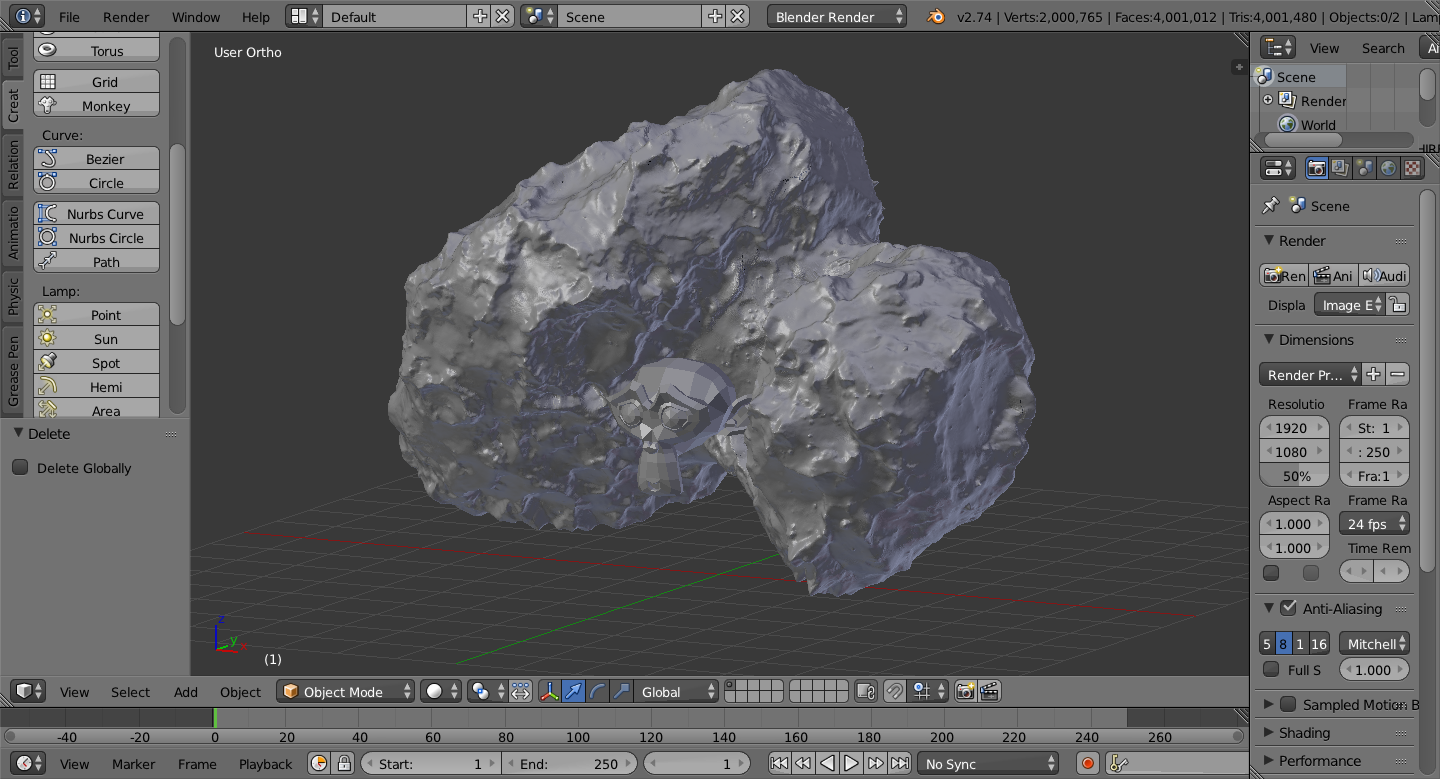 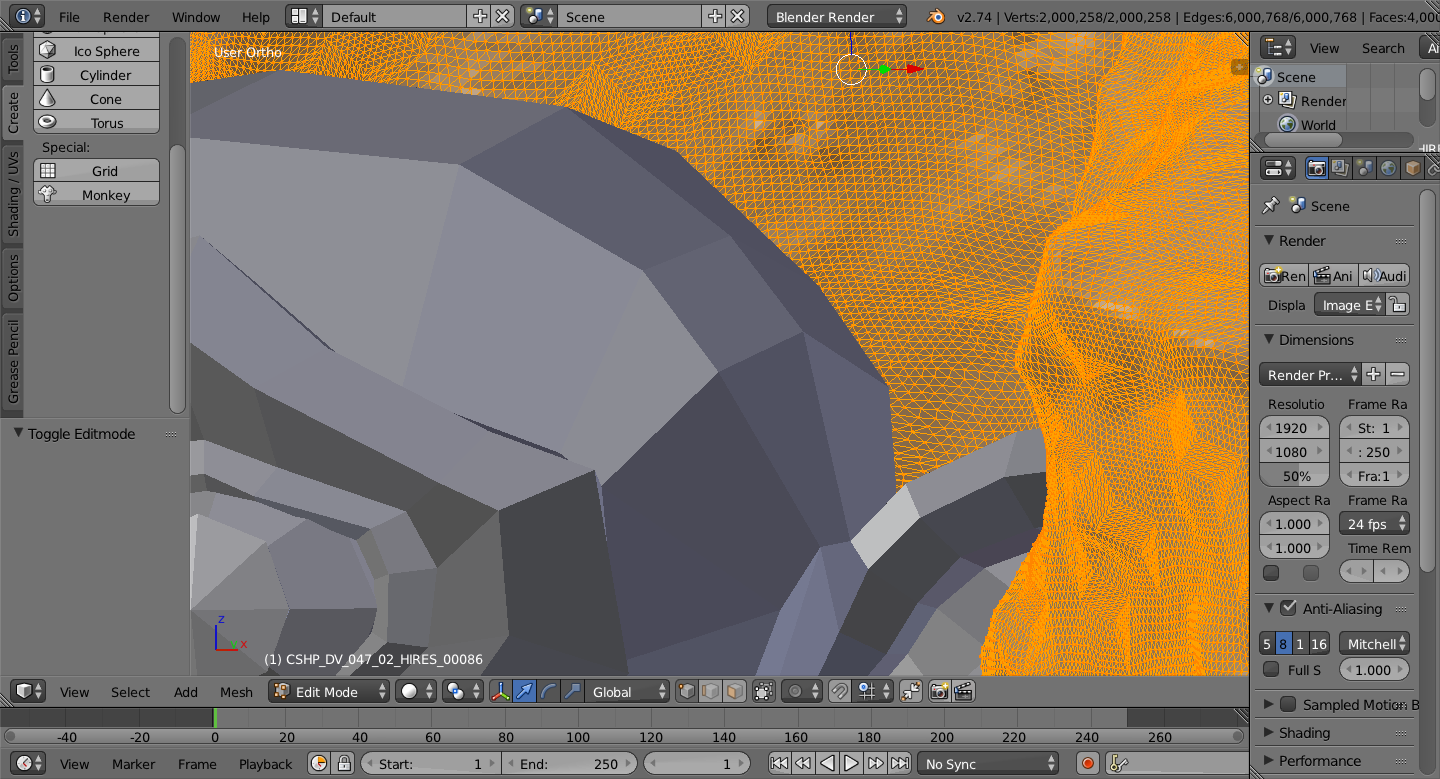 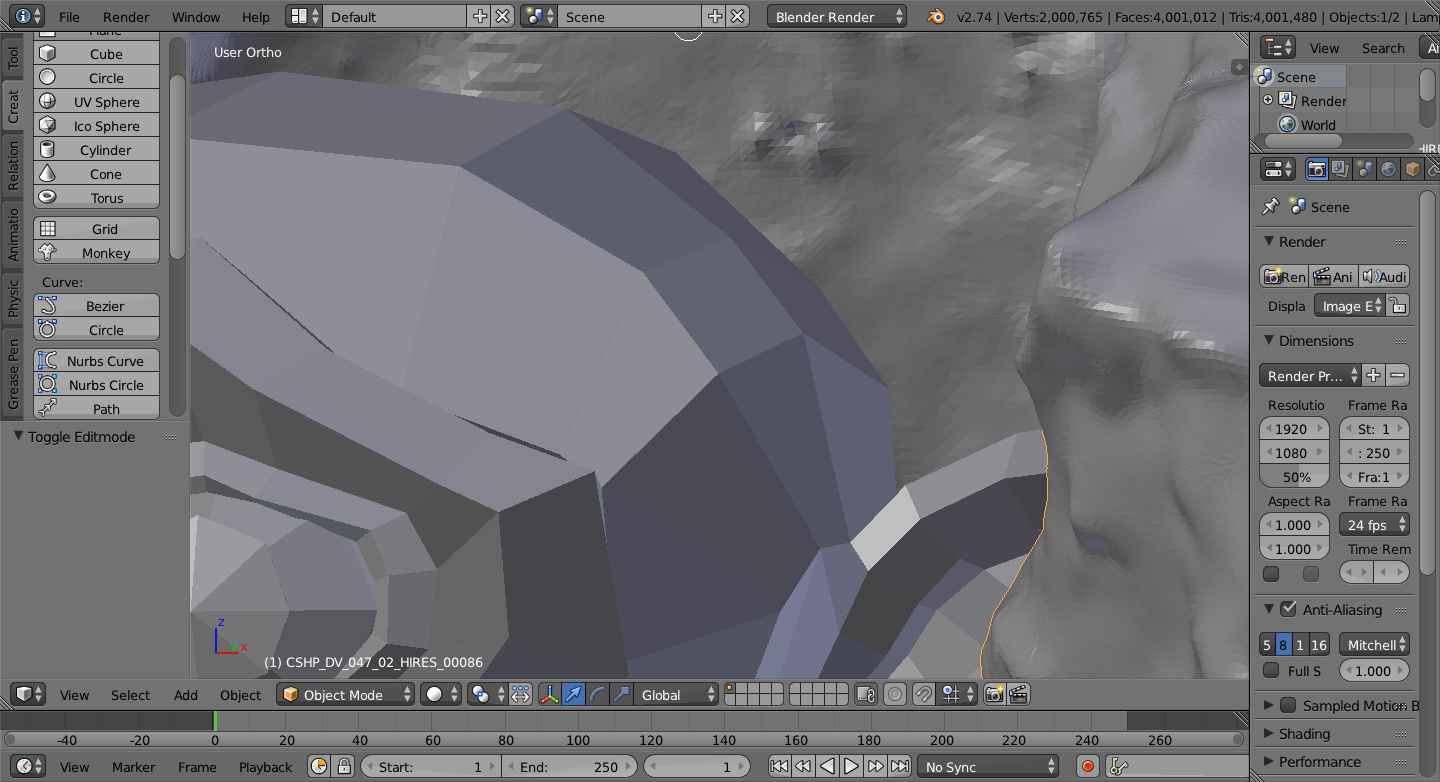 https://www.youtube.com/watch?v=ApzVWuPa4A4 Try creating a normal map out of the high poly comet. The above tutorial teaches how to do this, so far i only thinks this works in blender render unless someone else knows how to make it work in cycles (if that's what you want to use). Basically use the decimate to to remove polys from your mesh then add the normal map to create the illusion of all the valleys etc. Watch the video to understand what i mean/

Not the answer you're looking for? Browse other questions tagged python mesh scripting or ask your own question.