Scale-able/rotate-able 2x4 wood plank with 45-degree cut end - is there a better way?

I'm using Blender to do some architectural modelling for a house. (Yes, I know Blender isn't really designed for architectural modelling, and there are probably better tools, but it's what I'm using for now.) This model is going to be "hyper-accurate" in the sense that I'm planning (hoping / trying) to have every single concrete brick and every single 2x4, 2x6, etc, modeled one way or another (although I'm drawing the line at nails and dustbunnies - not including those!) Just to give you a sense of what I mean, here's what I have so far: 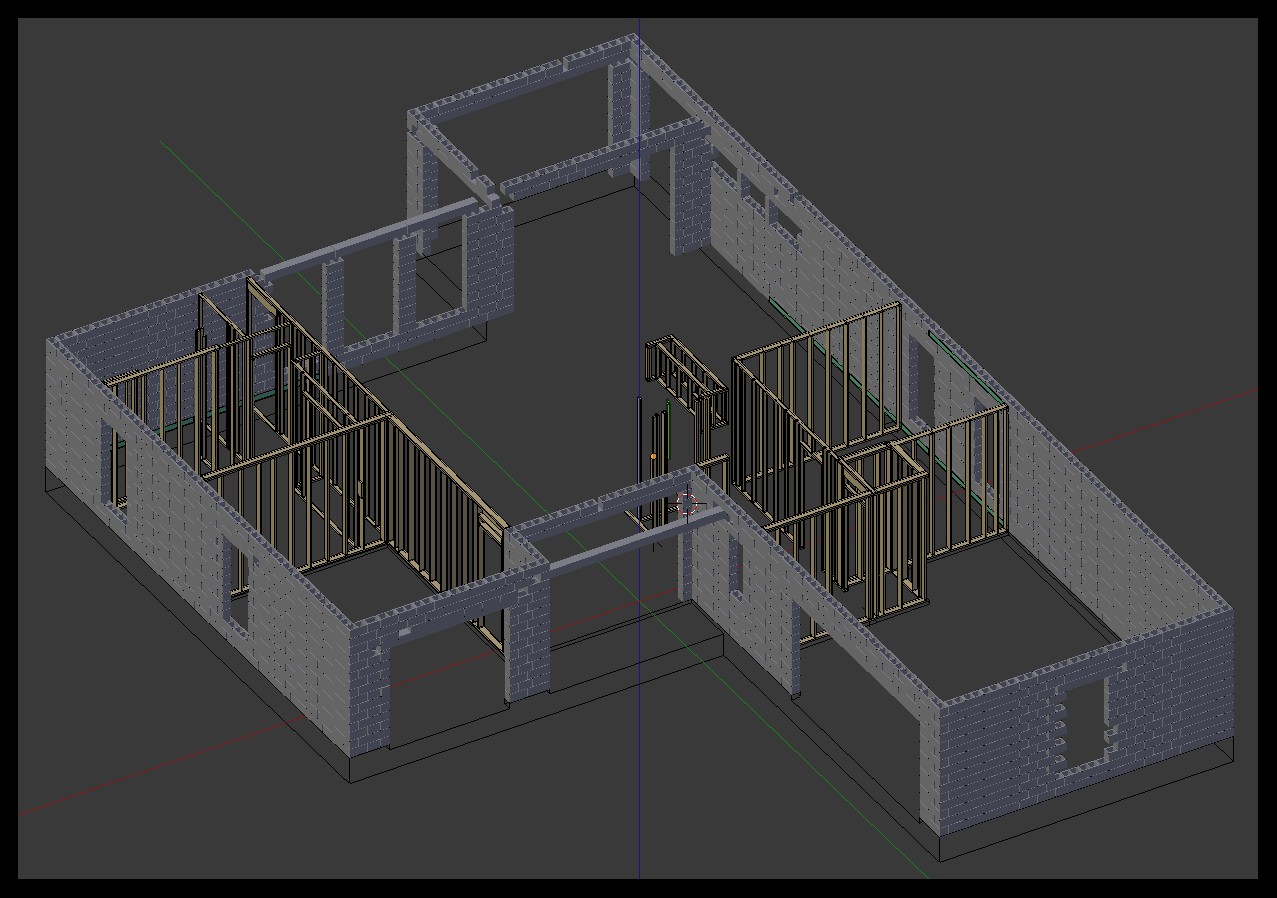 For the 2x4s with square-cut ends, I created a simple cube mesh with the long-dimension along the Z-axis, and placed the object origin at the center of the 2x4 face at one end of the plank mesh (nominally at 0,0,0). I also lock the X and Y scale in the "Transform Locks" section of the object data. This allows me to place the 2x4 by using vertex snapping, and then subsequently use the scale tool to adjust the length of the 2x4 as needed, even on objects that use a linked mesh (that is, I always create new 2x4s by using Alt-D on an existing 2x4). No problem so far.

But now, I'm trying to create 2x4s with a 45-degree cut on one side, and running into difficulties getting it to work simply. Here's what I've tried:

As I said above, the method I like best so far is to add the two constraints, even though it's a bit of a pain. Also, I think that technique will only work for a 45-degree cut on one end - there are some cases where I need 45 degree cuts on both ends (but not many). But being a bit of a Blender n00b, I don't want to assume that there are other better ways to achieve what I'm trying to do. Please remember my key objectives for an ideal solution (which may not be possible): I would like to end up with a single object that can be duplicated using Alt-D and that I can scale the length of the object without deforming the 45-degree angle at one or both ends. If I can't get that, I'll take the best I can find.

Thanks in advance for any and all suggestions!!

14
Locking a vertex group from modification

13
Pipe with round caps (ends)?
5
Is there a way to scale by an absolute distance, rather than a percentage?
7
Scale a 3D beveled bezier path vertex on 1 axis, not 3
14
How to aproach the modeling of duct work, piping, wiring?
4
difference between dimension and scale in blender
0
How to cut a small amount into object?
1
Create a smooth, well rounded aircraft nose (with a low poly constraint)
0
Scaling on X axis changes XY axis angles