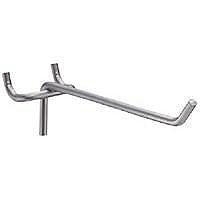 However I can not get the ends to close with a rounded cap. I do not want to use an array --the instructions given with the first suggested / help link (shown next) do not work anyways. Can anyone please help? Pipe with round caps (ends)?

If you want to fill the caps of the tube:

One way to accomplish what you're trying to do is using proportional editing.

I've attached a gif of the process. This example has way too many faces but that can be fixed w/ some simple limited dissolving later.

I've also included a gif of the different menus I used during the process.

Your pipes have arbitrary start and end locations... I would start over and do this:

At this point it looks pretty but edits to the pipe means the caps aren't where they belong. Start by making the pipe the parent of the caps, which fixes pipe's object movement. When end cap vertices are edited, you must be careful to duplicate the movement and rotation edits to the end caps... kind of a pain but feasible.

13
Pipe with round caps (ends)?
2
Shading Issues with the Array Modifier
3
LoopTools : Wierd shape instead of being a simple circle
0
Subdivision Surface Artifact with Creases
2
Rounded shapes with hard surface modeling (lubricant bottle)
2
Making a precision pipe with 30 deg bends
6
How can I create complex edge profiles on columns?
4
how to make a stroke, like in vector software (illustrator, flash, animate, etc.), with a round cap?