Depth map with distance along the camera Z axis

With RenderLayers Node you can get the Z distance from the camera to the object behind (x,y) which is sqrt((x - xcam)² + (y - ycam)² + (z - zcam)²). But is it also possible to get only the distance along the camera Z axis for each pixel in the rendered image?

Assumed my camera is at (0,0,0) and looks parallel to the X-axis and I have a point at (3,0,4). Then i would get the distance of 5, but it i need it to be 3. The camera could also be somewhere else or rotated in all directions.

Is this possible to read out?

You can achieve this using cycles' camera data node. One of the outputs on this node is the view vector, which can be separated to x, y and z.

Using a simple node setup you can display only the Z distance from the camera in grayscale values.

In the example below I used the light falloff node to enhance the contrast (the Suzanne model is rather small and all the distances were small as a result, something that produced a low contrast whitish image, before contrast was added).

EDITED: replaced the seprate RGB with separate XYZ (does the same thing, but this demonstrates what's happening more clearly) and added an invert node so that farther values are darker (which is more intiuitive). 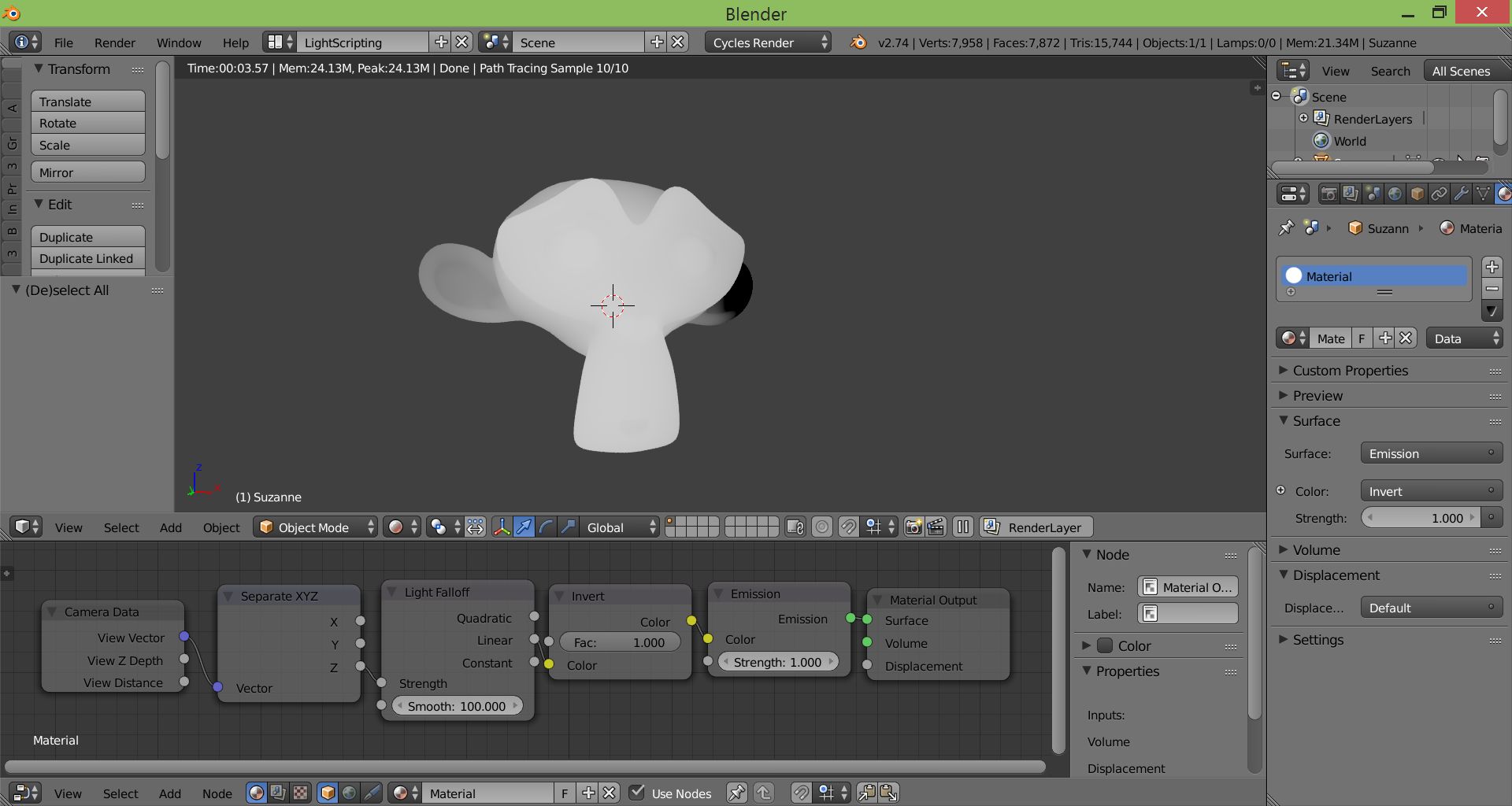 Not the answer you're looking for? Browse other questions tagged render-layers or ask your own question.

1
How to get real Z-buffer value from Blender

1
Sky-only pass with the foreground knocked out?
3
Cannot blur objects with Z Combine
3
Alpha over layers but maintain environment background
1
Render Layer Z in orthogonal and perspective projection
1
Refresh Viewer Node's image data when pass index of ID Mask node has changed in python
2
Assign camera to renderlayer
2
How to use an invisible emitter as mask for its particles? (Cycles)
4
Z-Buffer render gives unexpected results