How to make an object transparent to the freestyle pass?

In Blender 2.75a, I'm making a render using Cycles and the Freestyle pass. My scene contains a mesh with a smoke modifier that I'm rendering through a volumetric shader.

The boundaries of this mesh (the box, in the example below) are meaningless to the extents of the render, therefore the mesh should neither have its edges drawn by freestyle nor cover the lines of the things behind or inside it.

I don't know if it's possible to tell freestyle to completely ignore the mesh, and how to do it.

Neither of them is the expected result: I'd like to have the freestyle lines on the sphere but not on the box. Is it possible?

As you can see, even if I choose to render freestyle all the objects except the box using an "Inclusive" group, the "phantom" of the box still covers the edges of the sphere and partially of the cone and torus (exactly as in the example above where I used an Exclusive group containing only the cube instead)

The source of the problem is that Freestyle view map has (can see) the smoke domain geometry. This is a typical problem. Transparent mesh like glasses can be solved with the same method.

That should solve the smoke domain cube from being rendered.

You can control which edges are visible and which aren't if you mark the edges you want to display via the edge menu (Ctrl + E in edit mode), and change the freestyle settings to display only marked edges (see image below). 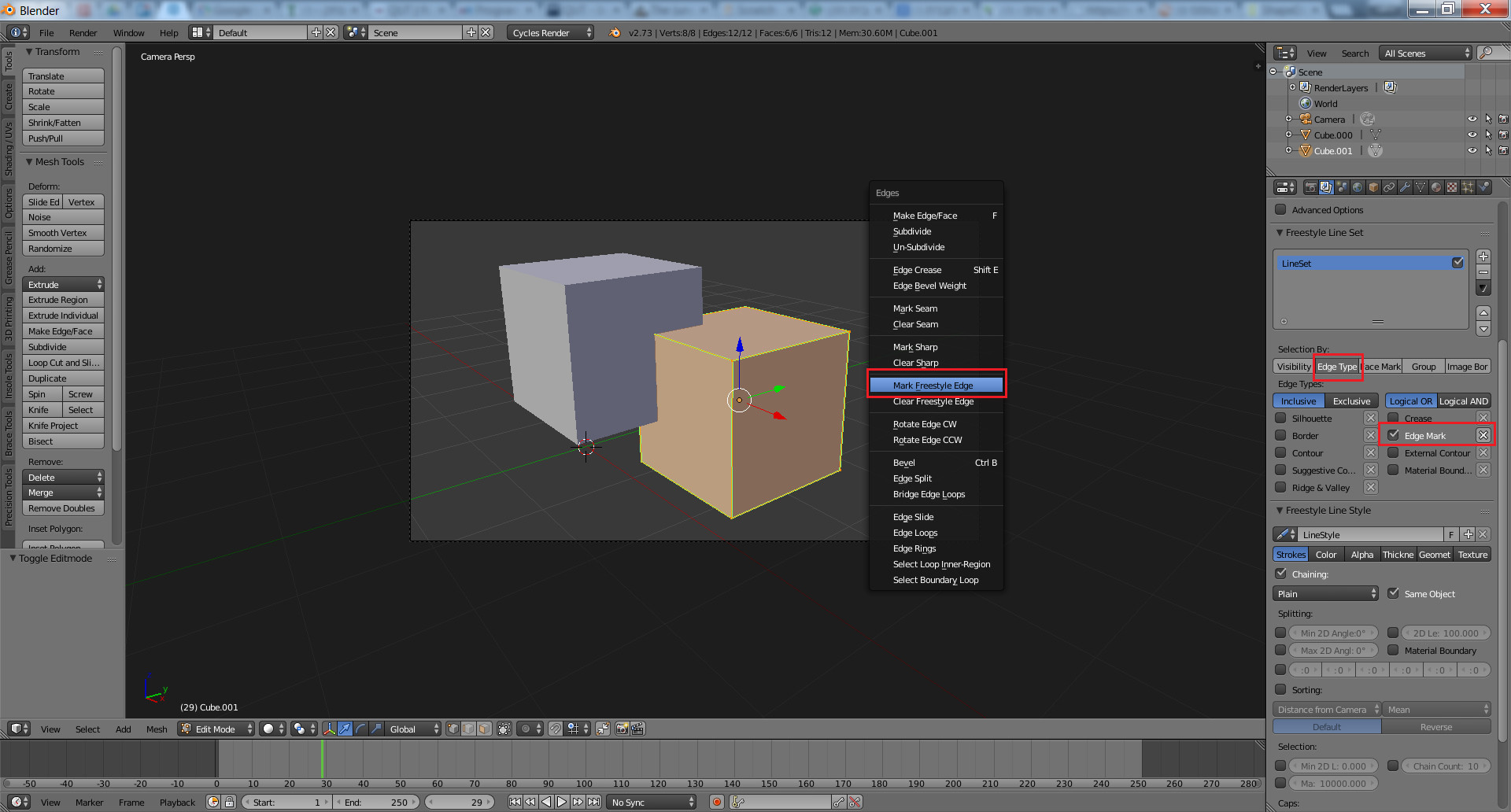 If you can't or don't want to mark the edges of the objects you want to render in freestyle, you can simply use the group selection method. Objects included in the group will be rendered in the freestyle pass, while the rest won't: 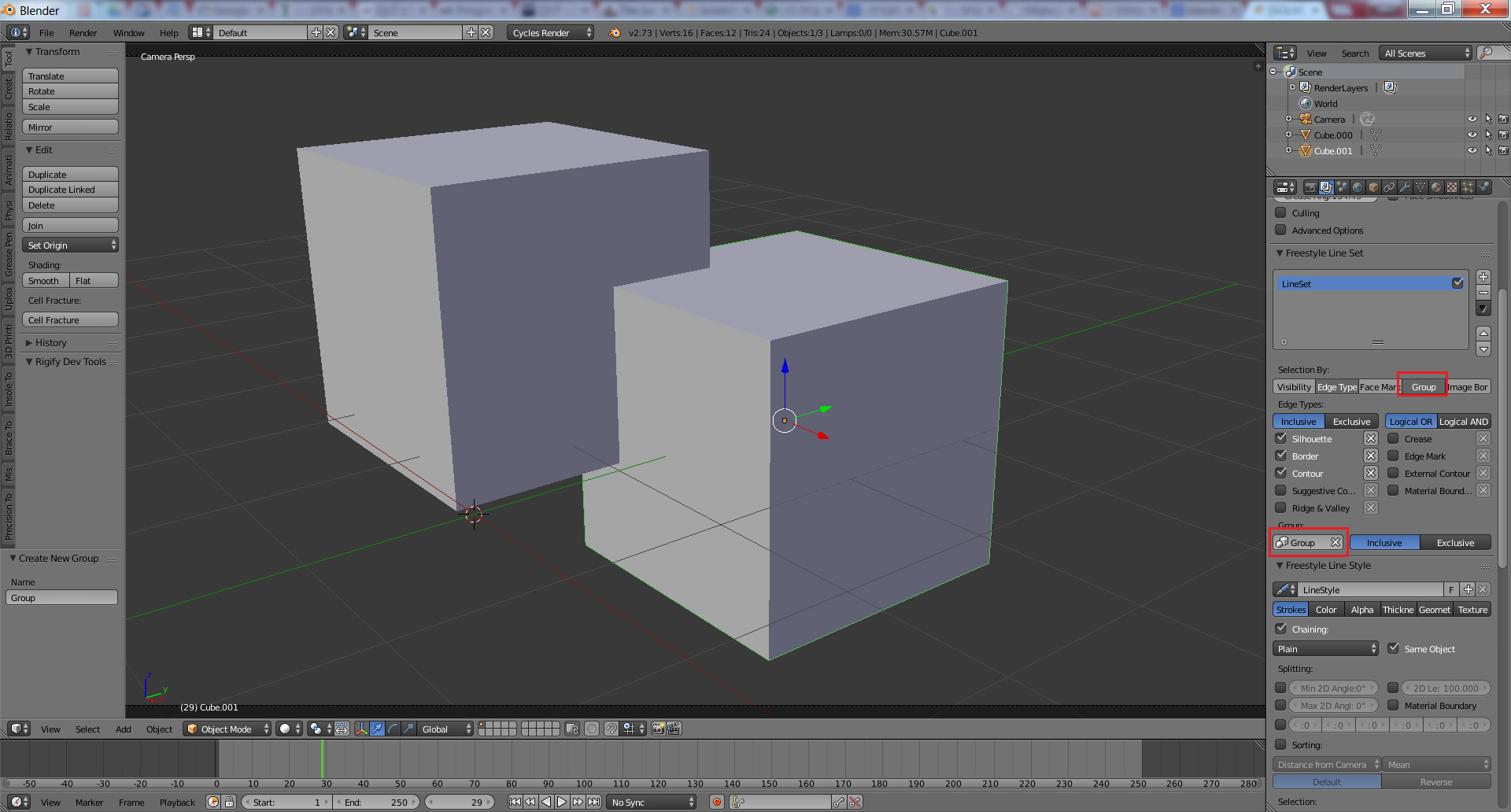 Not the answer you're looking for? Browse other questions tagged cycles-render-engine smoke-simulation render-layers volumetrics freestyle or ask your own question.

2
2.7 How to make an anime looking object
2
How to exclude hair particles from Freestyle using Cycles?
8
What's the best way to take a bezier curve and have it render as a freestyle line?
3
During render can I render freestyle lines, then re-insert them back into the scene so other objects may interact with them during their rendering?
1
How to enable freestyle edges on top of freestyle faces?
3
Delete freestyle after rendering