I've renamed my vertex groups in my rig and my object after unparenting them, and I've reparented them. The rig works, but my animations don't work anymore. How can I fix this? Thanks!

Each channel is assigned to a named bone. The channels are grouped by bone name for easier identification.

If you rename a bone Blender automatically changes the assignment and the group for you.

But it can do that only on known actions. That means it does this on assigned actions only. There can be only one assigned -> so it renames the current one only.

If you assign an action (via ActionEditor) that belongs to an armature with bones of different names, the channels lose the bone assignment:

This action will not play with this armature as there is no bone to play the channel.

You can rename such unassigned channels. Be aware this removes the previous assignment.

You can assign vertices to bones by assigning them a vertex group with the name that matches the bone name. 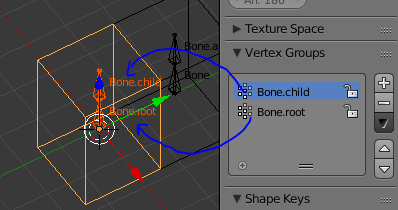 When the bone gets animated the animation engine considers the vertices that are part of the matching vertex group.