Why is my scaling (Ctrl-A) causing me problems? 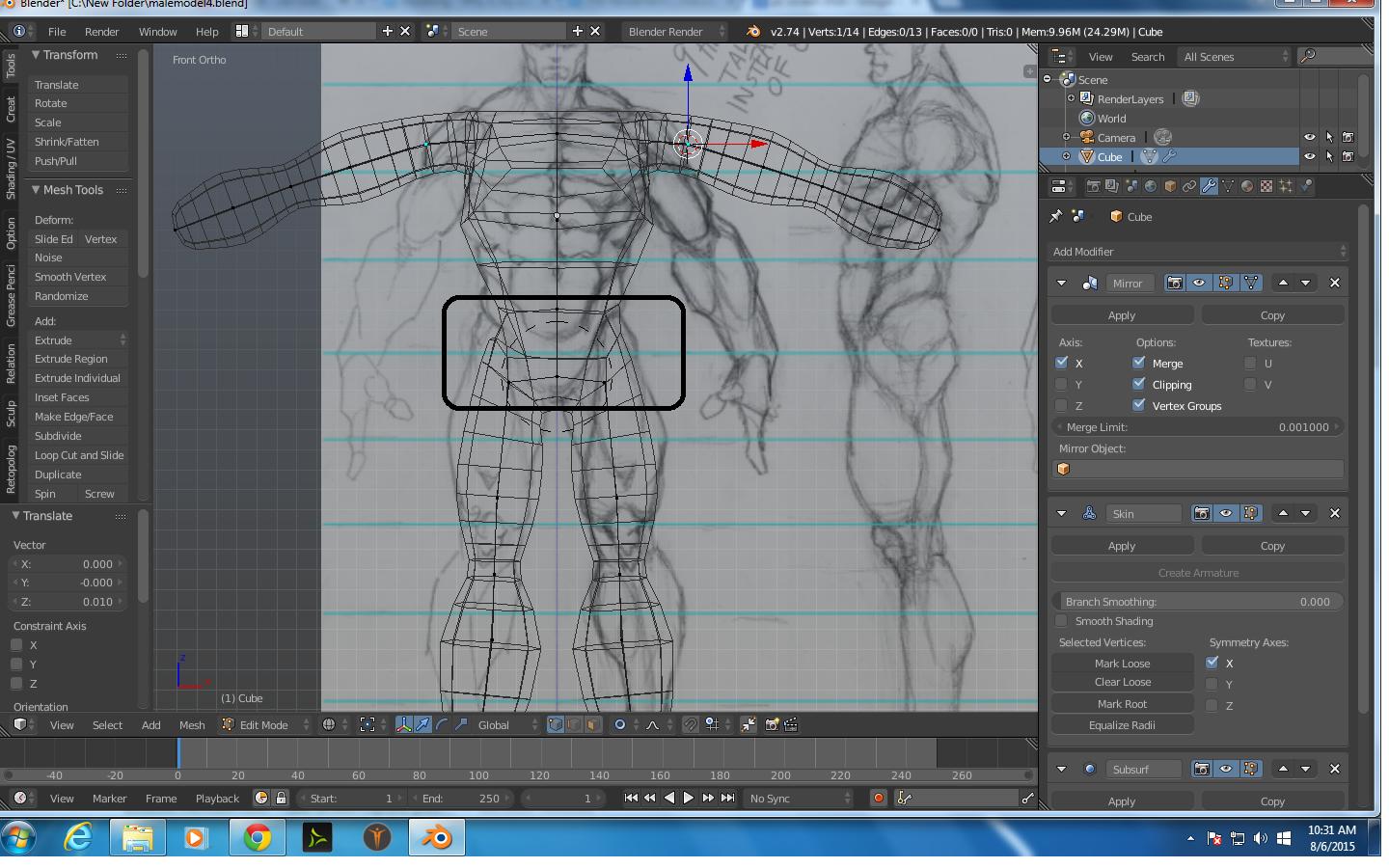 I'm working on a human character and I'm in the middle of modeling.

I have the entire body near complete but I noticed some of my points were off. Like the chest-shoulder region wasn't matching up. I tried to grab with G but that ruined the placement of my character hips. So i tried to scale it, same issue.

I decided to move the points to where I needed them the attempted to adjust the hips. Now when I move or scale the hips, my previous points are not set off again. Can someone tell me what my issue is??

I have Mirror, Skin and Subsurf modifiers added, in that order, but not yet applied.

Browse other questions tagged modeling mesh modifiers mirror or ask your own question.