Can I cut a hole in a mesh using only a subsurf modifier?

In the Blender reference manual page "Subdivision Surface Modifier", in the "Combination" section, there's a file called WoodBlock.blend that apparently shows that you can use the subsurf modifier only to make a hole in a mesh. Can it be done with only a subsurf modifier? I tried to do it myself using my own mesh and with mean creases, but it's not turning out as I expected.

The edges of the hole I made aren't round like the ends of the mesh are (and like they are in Woodblock.blend).

I see that there's a similar question to this one, but I don't know if that person used a boolean modifier to make the hole itself or used a subsurf modifier.

What you see in the manual example is currently (2.75) still achievable (and probably will be for long time..).

If your test has not the same result, maybe you should check the mesh. Notice in the image below how the presence of an additional vertex near the cursor led to a non-rounded edge (as like a loopcut would do) while in the other side the edge is rounded. 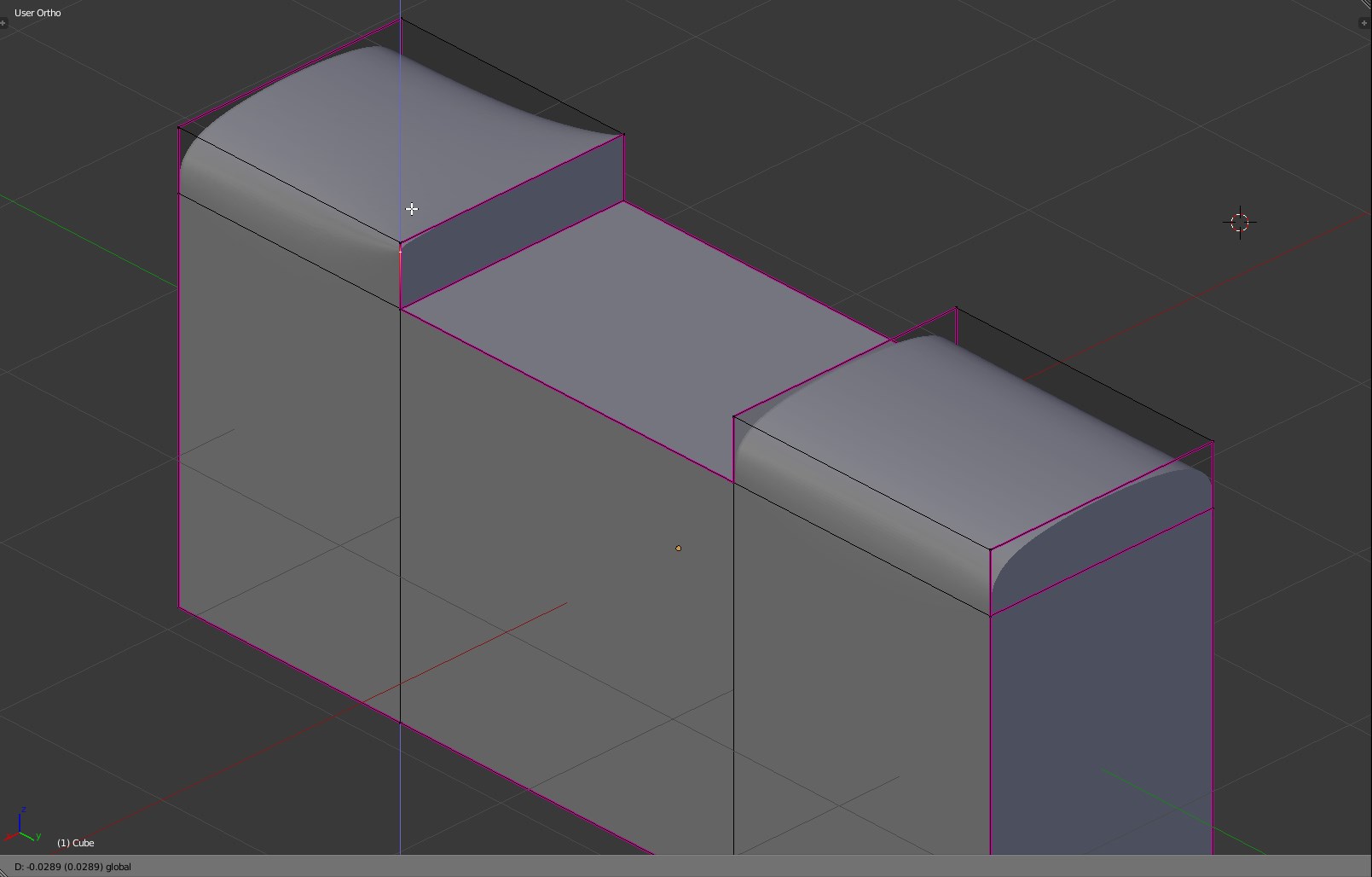 You may want to remove doubles, look for hidden vertices/edge/faces, check topology in general...

4
Cutting rectangular hole in a cylinder with subsurf modifier?

2
Vertex Indices change after using Subsurf Modifier
2
Is it possible to make Particles follow Displacement Node?
10
How do I straighten just the inner hole of this mesh?
1
Can you perfectly line up one object with an array modifier with another object that has an array modifier?
0
Unwanted bump on a mesh after Boolean and Subdivision Surface
0
using subsurf modifier to object with boolean undoes boolean
3
How to harden edges using subsurface modifier on corners (Mandalorian helmet)