How to make transparent material in cycles?

Is it possible to make a transparent Material in cycles render? How is it accomplished?

An image texture with alpha(transparency) data can be used to make transparent materials. Do note that in order for alpha textures to work the image file format requires an alpha channel or be a grayscale mask.

Though my original answer is still applicable and functions. There have been many updates and enhancements since then. One of them being the inclusion of a PBR shaders, Principled BSDF hese specifically. Which, as of v2.8, now also has an Alpha input. Simplifying transparency in many ways. 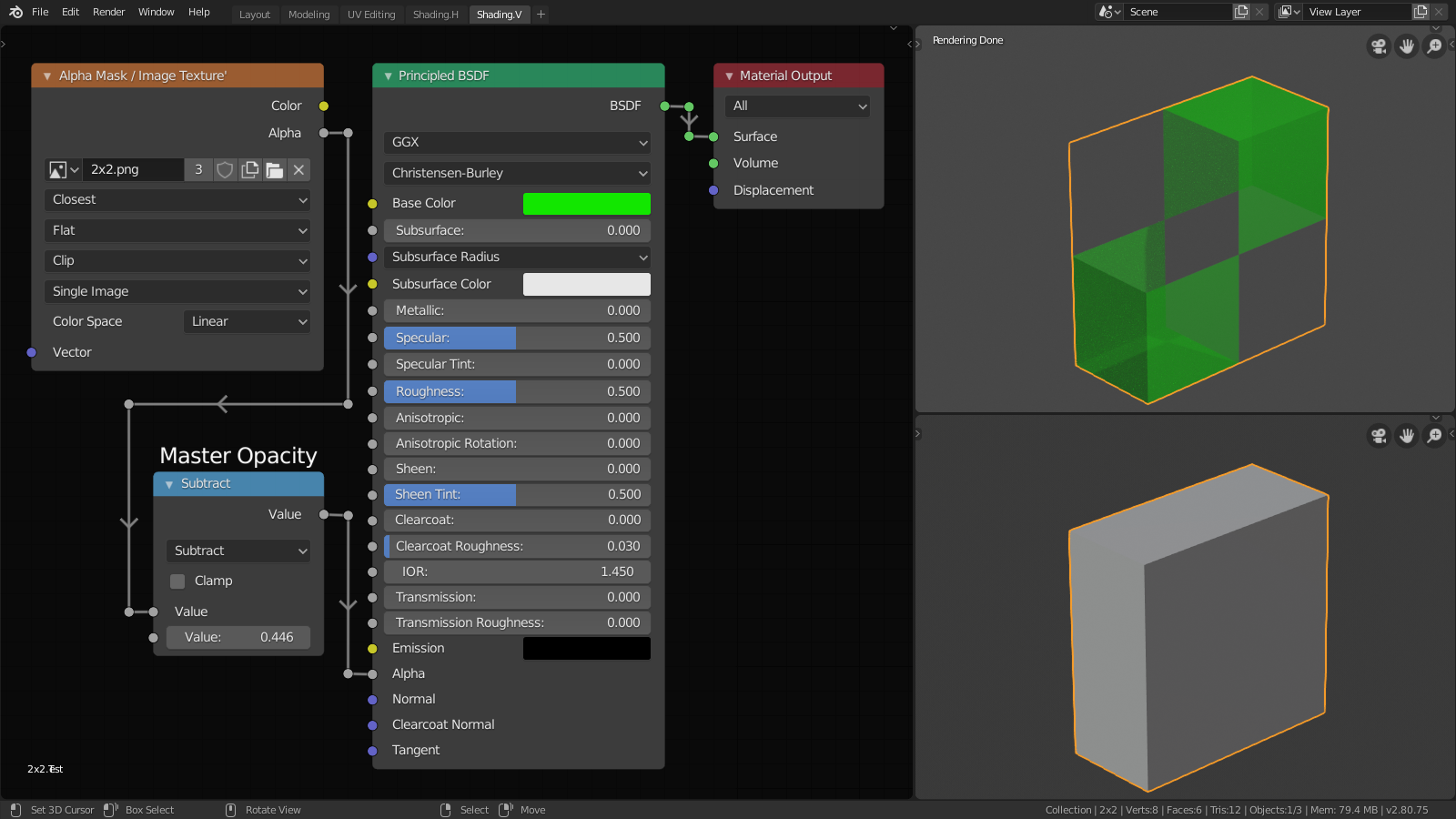 In this example; the Transparent Shader is set to white #FFFFFF which produces full transparency. This is then connected to the top input of 2 Mix Shaders.

Alpha from Image Texture is connected to the factor input of first Mix Shader. This takes the alpha data from the image and essentially applies it as a mask.

The color data from the image is not used in this case. Though, when applicable, can be connected to the color input of a shader. Such as mesh based hair and eyelashes for example.

The first Mix Shader connects to the bottom of the second. This allows control of the overall opacity.

A black and white and/or grayscale image can be substituted.
Black being fully transparent and white being fully opaque. Use color output instead of alpha. 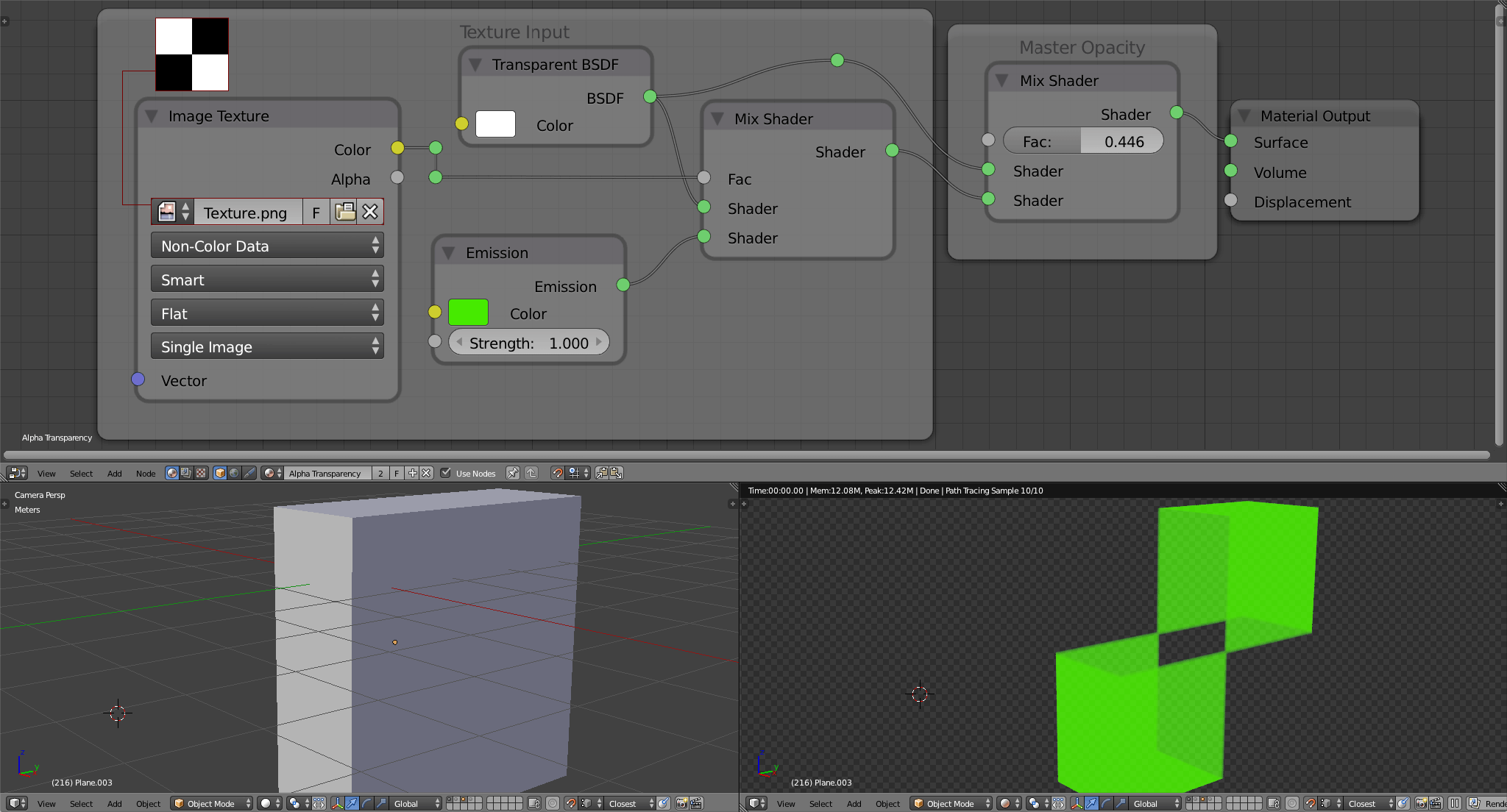 Some raster formats that support alpha are:

I would suggest use of OpenEXR when working with raster images containing an alpha channel. For Photoshop users I recommend the exr-io plugin.

For those using vector images. To my knowledge SVG is the prime candidate.

Note 2:
The shader used for color can be changed as desired and/or needed. This will also work with volumetric shaders as well. However do understand that volumetrics work a little differently than surface shaders. Any further detail on that would be getting a little too far off topic.

Special thanks to Mr Zak and troy_S for their insights in the comments.

You can add a transparent shader, and with the mix node you can control the transparancy 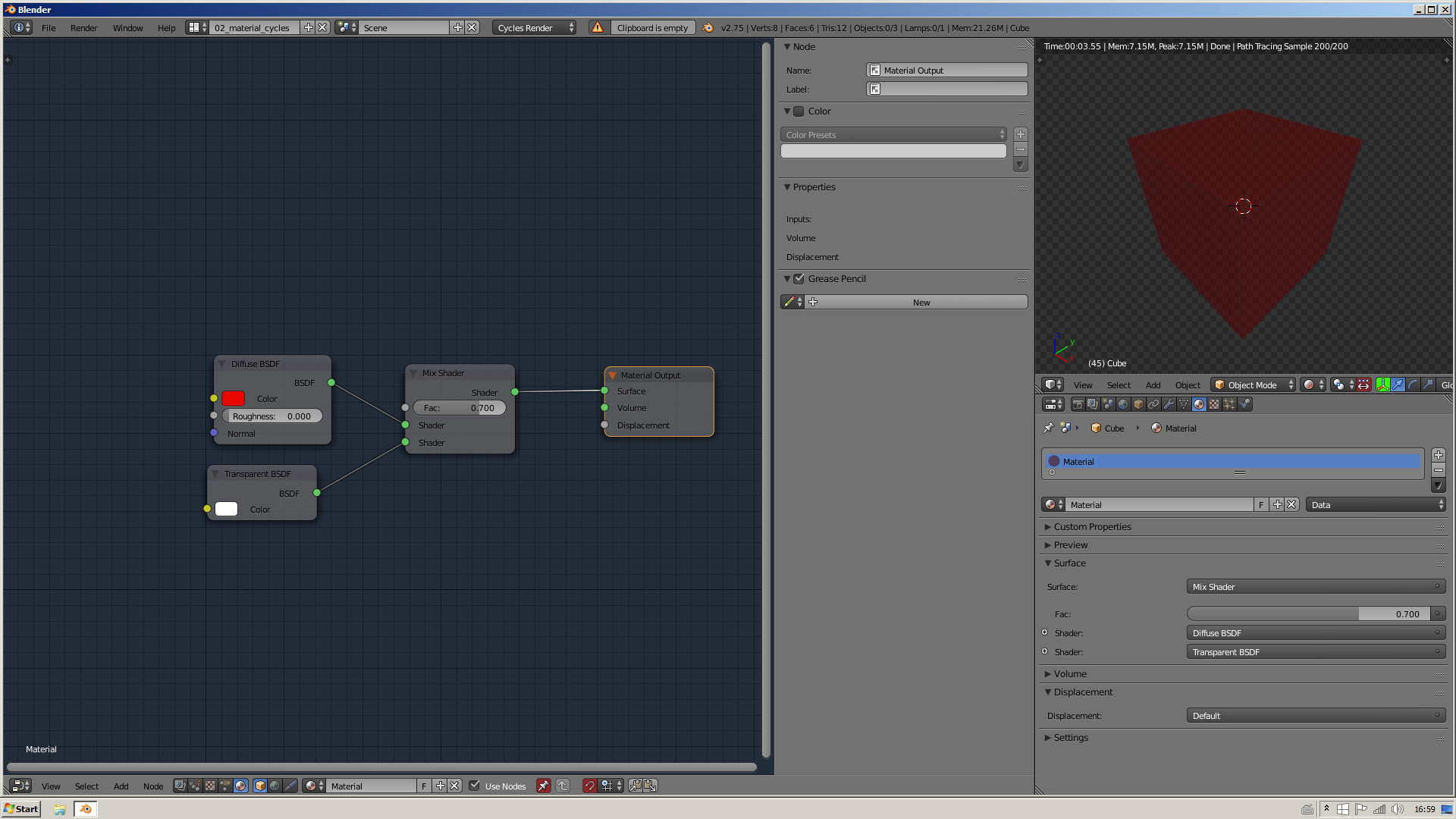 I wanted to make a transparent glossy plastic for a packaging in blender cycles and ended on this thread. Someone in reddit recommended this setup but I wanted it to be transparent. This is my node setup. I hope it works for you. 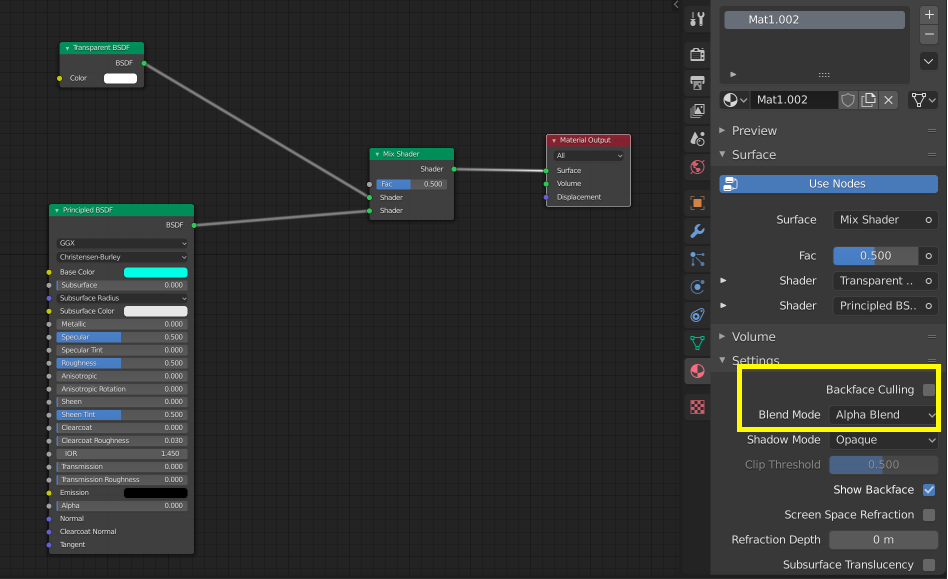 Setup in the image works in Blender 2.81 eevee atlease. i.e Principled BSDF,Transparent BSDF with the Mix Shader.Then the Alpha slide in the Principle shader is set to 0. Please note the yellow rectangle. You need to set the Blend mode to Alpha Blend. Thanks

Not the answer you're looking for? Browse other questions tagged cycles-render-engine texturing materials transparency or ask your own question.

12
Transparent image textures in cycles
9
How can I make an object invisible when I render in Cycles?
12
How can I setup a Material in Cycles for Z-Transparency?
0
Make part of a texture transparent
2
How to make a minecraft character transparant
0
Displacement with transparent background
1
Partially semi-transparent texture in Cycles