Beginner question: Increasing poly density for a single side of a cube

I am new to 3d-modeling, so please bear that in mind and if you find some fundamental flaw in my explanation below, do not hesitate to tell me.

The mesh I want is a cuboid with a lot more faces on one of its sides compared to the others. I inserted a cube, scaled it and applied transformations, subdivided it once and added a few edge loops to help subdivision. The resulting mesh then looked like this: 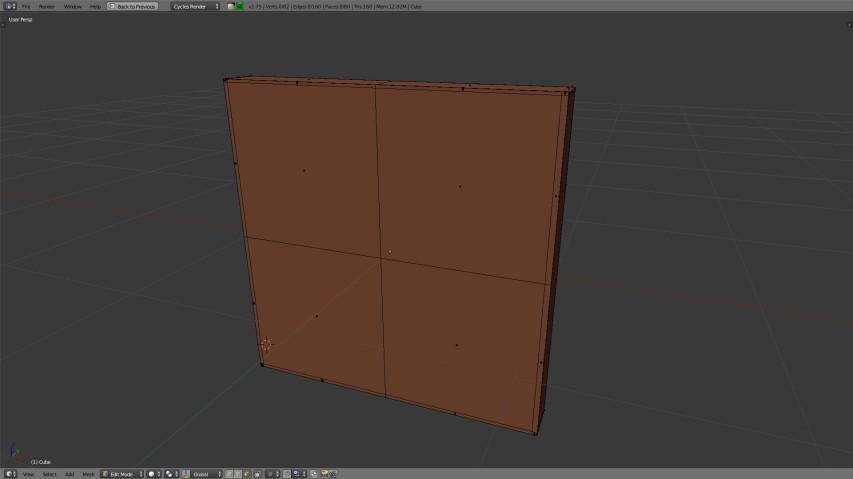 (Up until this point everything worked as I expected)

In order to get more polys on one of the sides I selected its four inner faces and subdivided them, the result was that adjacent faces "degenerated" into n-gons, which I want to avoid (because the target application does not like them). This is the resulting mesh, where I selected the resulting ngons using select->facesBySide: 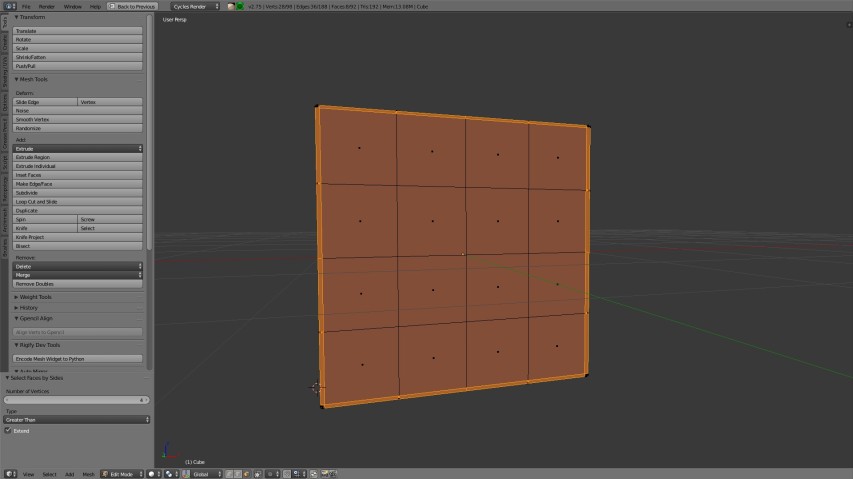 This of course makes sense, because these adjascent faces now have more than 4 vertices, but I am not really sure how to proceed from here. I currently see only two solutions to this problem: 1) Either subdivide the whole mesh evenly (which is actually not a solution at all, because the resulting mesh will have the same poly-density on all sides) 2) Connect all the new vertices of the adjascent faces (the ngons) to a "corner vertex" by creating new edges for each, which results in a set of many ugly stretched out triangles.

Both solutions seem undesirable to me. So how would a more experienced poly-modeler approach this?

ps. I realize that this is a beginner's questions which probably has been answered a million times. Unfortunately I did not find anything, but if you know a post or a tutorial explaining these things, it would be great if you could post the link.

When you subdivide a face of a mesh, you also subdivide all of the faces which share edges with the face you subdivided. But while a mesh is part of one and only one object, an object may contain more than one mesh. This is the key to the solution to your problem.

One way to do this is to take your original cube, in edit mode, and delete only the face (X > "Only faces") in which you want to increase the vertex density. Then select two opposite edges which helped define the face you deleted, and duplicate them using the duplicate tool (SHFT - D). Use the F key to create a face between the duplicated edges. You now have an object with two mesh sub-objects, a plane, and the other five faces of the cube. For convenience, you can assign these two sets of vertices to different vertex groups, so that the sub meshes can be more easily selected individually, but even so they are part of the same object. Now when you subdivide the new face, you will have no impact on the five faces of the other sub object, and as long as you don't move the four pairs of vertices defining the overall edges of the new face, or that outlined the old face, individually, the two meshes will maintain their relative position.

Another way to accomplish the same thing is to select the face in the original cube that you wanted to subdivide (in edit mode), and instead of deleting it, press the P key selecting the option "selection". You have now made the face you want to subdivide a separate object. Selecting this new separate object, and then the cube (in either order), and pressing the key combination CTRL - J combines the new face with the other five faces of the original cube as a single object, but leaves them as independent sub-object meshes.

In both cases, you can subdivide the individual face as many times as you want, without affecting the other sub-object, but all six faces in the two mesh sub objects are part of the same object, and when the object is manipulated, the six faces are manipulated in the same manner.

I am glad you asked that question. I see many meshes from beginners with triangles or Ngons (polygons with more than 4 vertices) when it's not necessary. In most cases it's easy to change mesh density using only quads--once you know how. The image below shows some examples to get you started. Good luck. 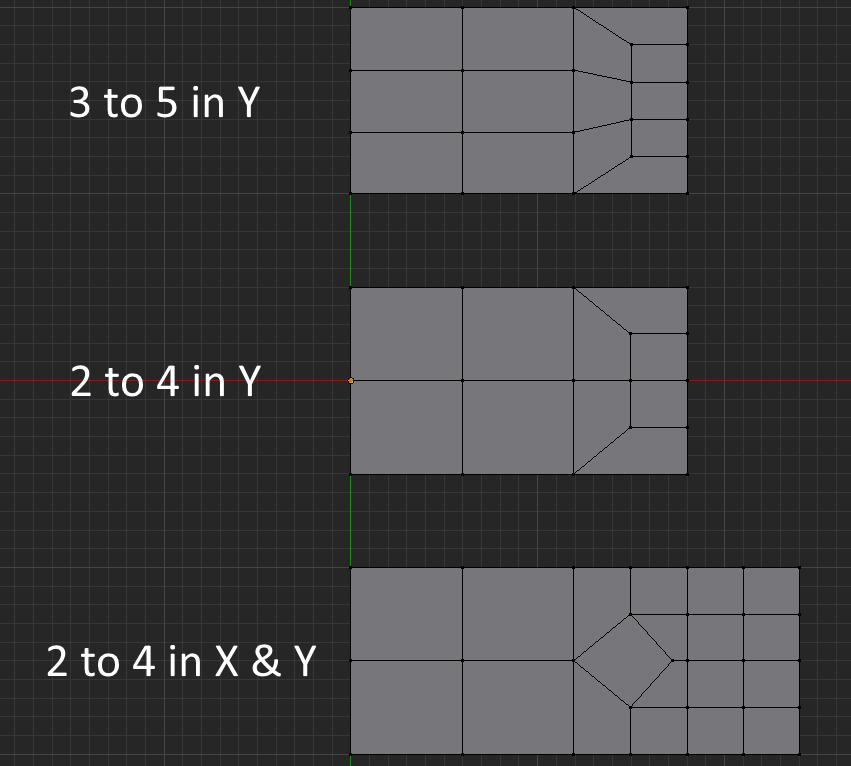 You can't subdivide a plane without turning the adjacent faces into ngons or triangle fans. If you want the mesh fully connected you must create a transition between the two resolutions.

I've scaled down the subdivided plane in the last example to show that it is detached from the surrounding geometry. It depends heavily on your use-case which of these options is most suitable.

Not the answer you're looking for? Browse other questions tagged modeling edit-mode topology or ask your own question.

4
Fixing unclean Normal map on round shapes?
2
Subdividing a face with subdivided edges
1
How do I smooth hexagonal shapes more into cylinders?
0
Model looks bulky with smooth shader, don't want to subdivide further, would a normal map made from a high poly version make it look better?
4
Complexity versus NGons!
6
Are there good techniques for creating high poly regions within lower poly meshes when using subdivision modifier?