Why the knife tool can't be used on some of my faces?

The knife tool or knife project tool cannot be applied on the faces shown in the screenshot, but they worked on other faces. I've used 'remove doubles' and 'recalculate normals' on my model but that doesn't solve the problem. Any help is appreciated :)

Model Download Link : Here (A circle was placed in front of these faces for knife project tool testing) 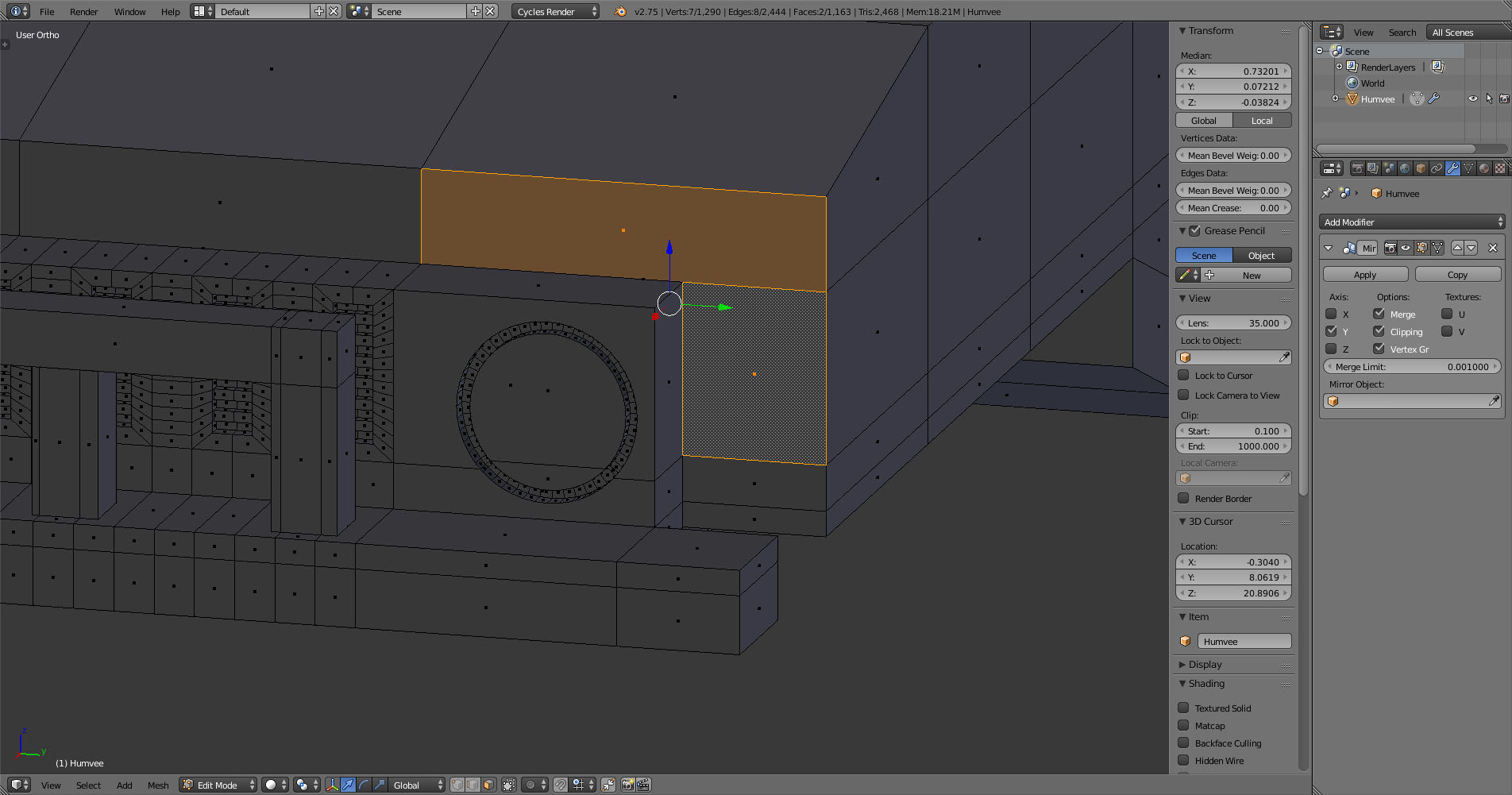 It appears to be because you are trying to cut into the "virtual" geometry created by the mirror. You have set the Mirror modifier to display both sides as if they as edit-able, but the KnifeProject feature doesn't seem to take the mirrored geometry into account (but it is reasonable to expect that it should..)

the option with the green square let's you edit both sides, but not project onto both sides.

Other problems with your model:

You also have some issues with degenerate geometry (faces with zero area), and faces that you might not be aware of causing non-manifold geometry. Use

to look for hidden geometry, and in Face selection mode look for Dots on Edges, that's an indication that you have collapse or potentially "invalid" geometry. 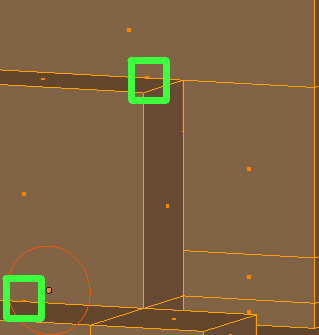 Additionally, the KnifeProject tool has a feature which can limit/extend the distance the cut goes into the geometry. 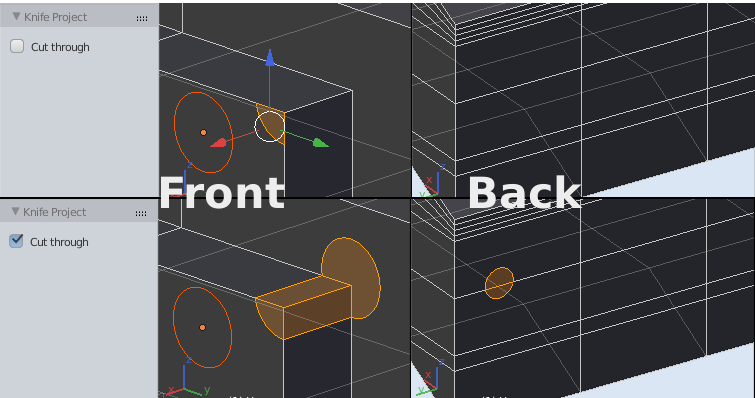 0
Knife Tool Making Extra Faces
0
Quad Junctions. Why are some not working the same as identical looking one nearby?
1
knife tool 2.8- used in past with no problems
2
How do I attach floating vertices to the mesh?
1
Why do grey faces appear on inset faces after using the knife tool?