I'm making an animation where a camera orbits a number of objects. Each object is on it's own render layer and has it's own blur effect.

So here is the setup for the visual effect i want. 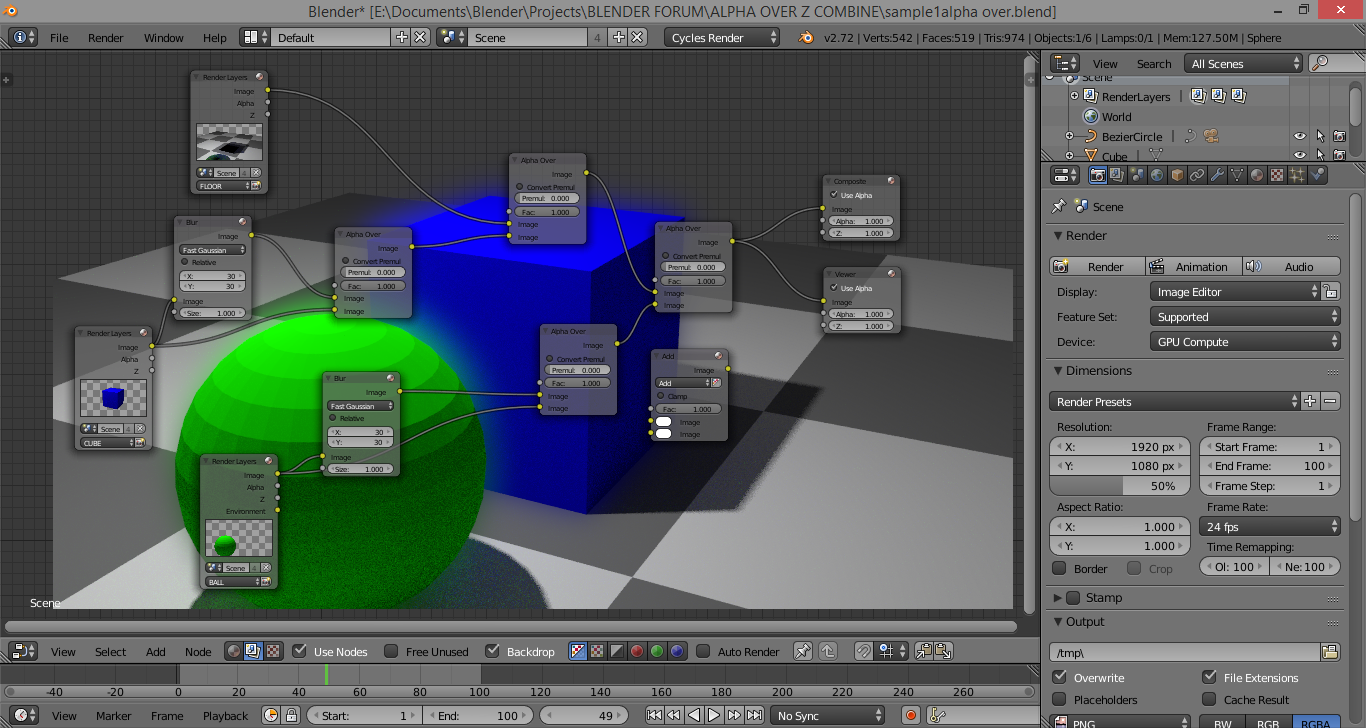 However the problem with this is that when the camera rotates around the objects, Alpha Over in the compositor does not render the objects depth according to their distance from the camera but just as ordered by order of the Alpha Overs in Node Editor.

When I switch to Z Combine the order of the objects as rendered is working but there is no longer a blur effect on each object. 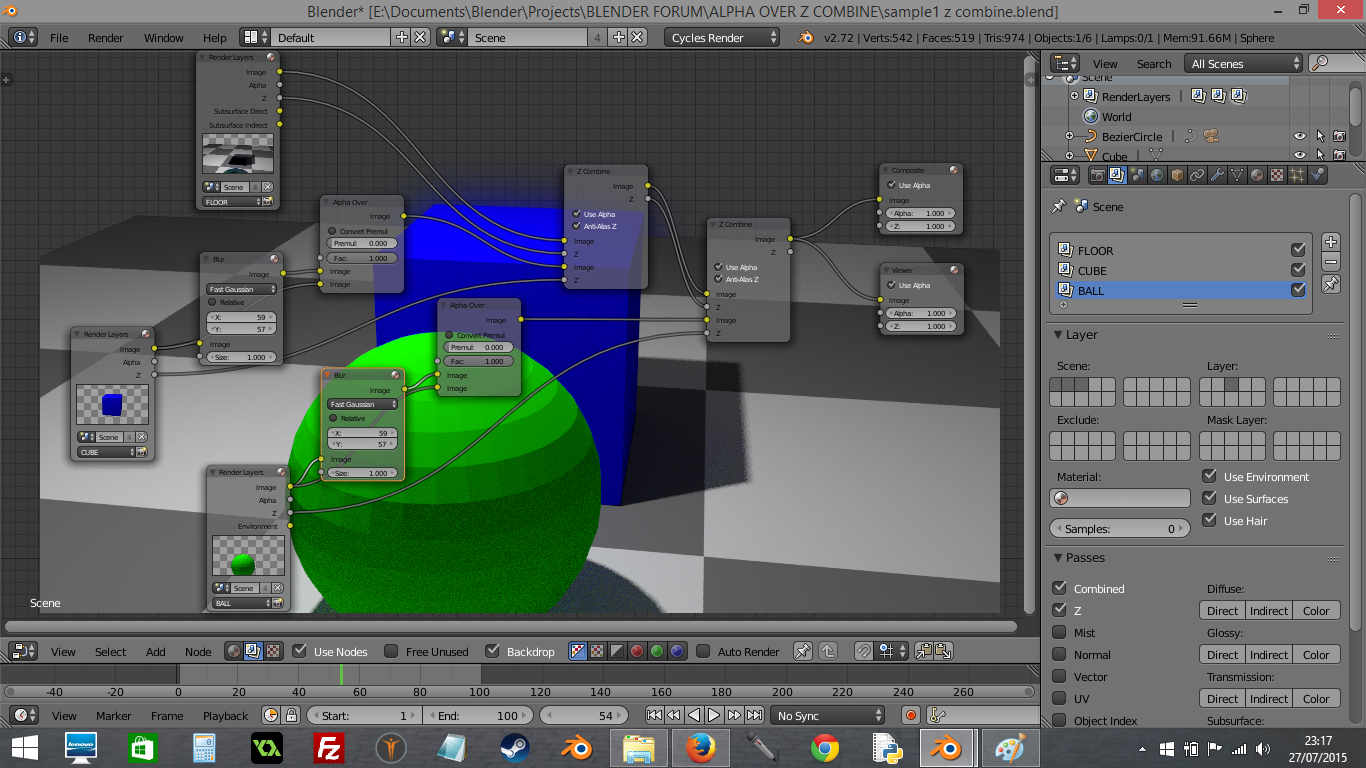 Can anyone help me get the blur effect I want please?

I got it working. As PG Math proposed I used Alpha Overs and Mask. I didn't use Z transform.

Not the answer you're looking for? Browse other questions tagged nodes compositor render-layers or ask your own question.