How can I apply some material included in a node-pack library?

I am new to Blender. How can I apply some material included in a node-pack library?

Those are Node groups. Node groups are node setups can take input to give an output with which you can use in other nodes. (Think of it like making a new node of many nodes put together, similar to a function in computer programming.) This also allows you to create a node setup then use it in many places.

Adding a node group to your blendfile:

You can use them in your own file Appending them. You can do this by pressing ShiftF1> append, then navigating to the blendfile with the nodegroups which you want to use:

Pick the type of data to append, in this case we want Node groups so pick NodeTree:

Select the node group you want to import into your file: 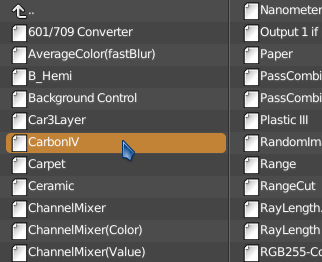 See this question for more information on appending and linking.

You can now add this node group to your own node tree. 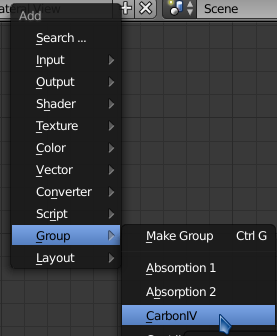 You now have a new "node" which you can use in your node tree the same way you would use any normal node: 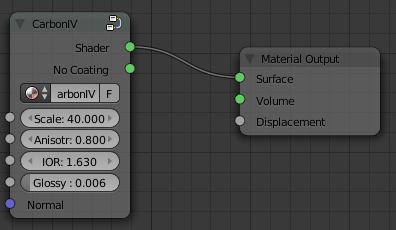 In the case of this node group, it supplies a Shader output, however some node groups return a value or an image (or a vector, or even multiple different outputs). 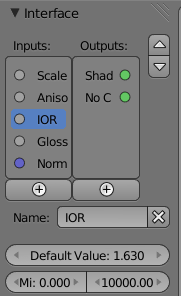 Other things to note:

The way node groups look and function changed a lot in 2.67. See the wiki for a full description of the changes

0
Installing Free Blender Resin Shader for Cycles
68
How can I reuse existing materials, objects, etc from an existing .blend?
11
Can I make a custom node from a group and have that available in other projects?
11
Is there a way to save composite node presets?
9
Can you export compositor nodes?
3
How are these Custom Node created?
4
Problem appending a Node Group in Blender 2.71
2
What kind of node is this?
1
Can someone explain the node shown in this screen capture?

1
How to save the material in library
1
Adding Material to Cycles Material library in Material Library VX addon
1
How can I apply reflection texture to a material?
0
How to get a live preview for material library?