I am having a UV-Sphere with 23k vertices and 25k faces. I used the Smart UV project to create UV-Coordinates but I was surpries to see that some of the faces are overlapping. 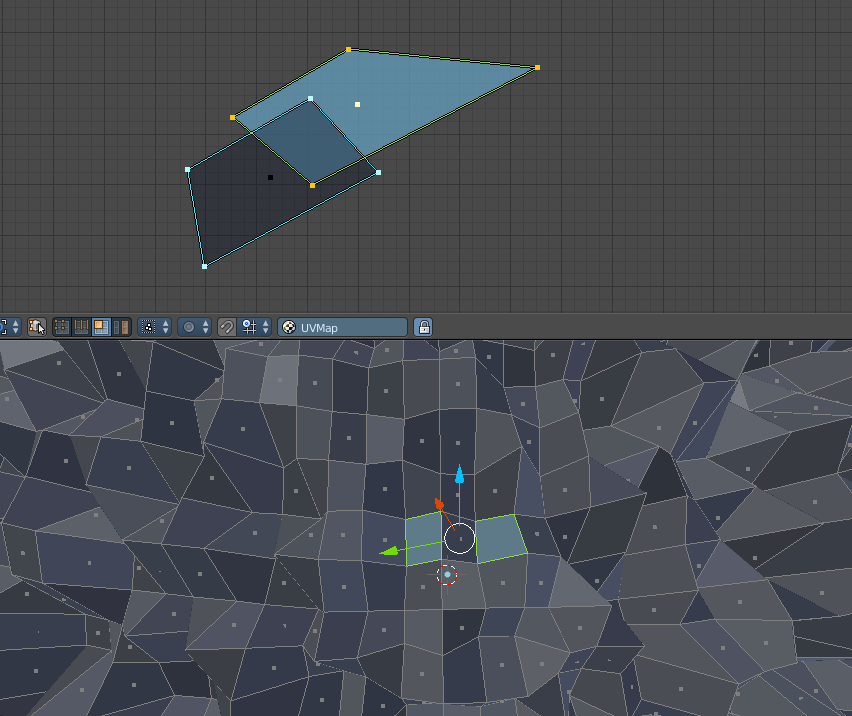 I was able to reproduce that behaviour with a simple plane, which I subdivided two times and then moved two vertices. The Smart UV Project's angle limit must be 89.00. 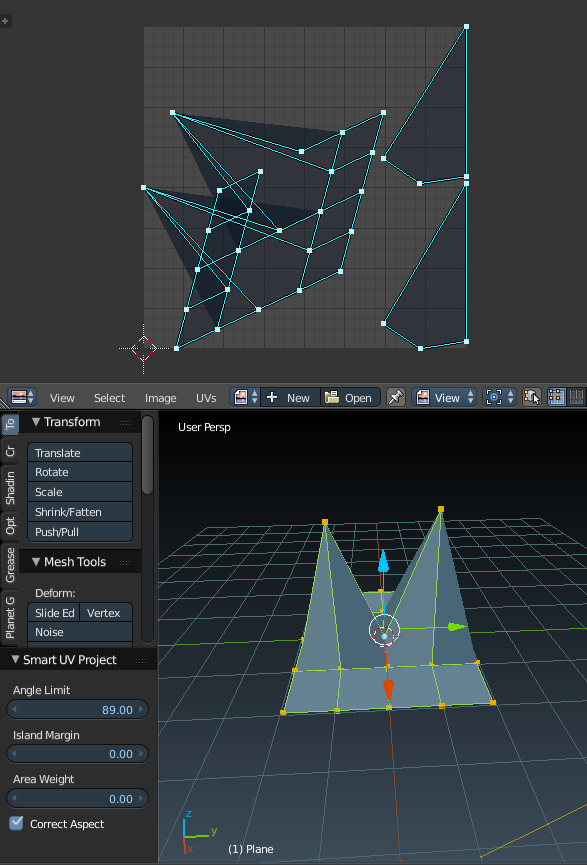 Is that a bug? I thought every face should have it's own uv-coordinates as well as texture space.

This also happens when I use a Smart UV project on a uvsphere where the vertices are moved along their normal with a value out of a noise function. 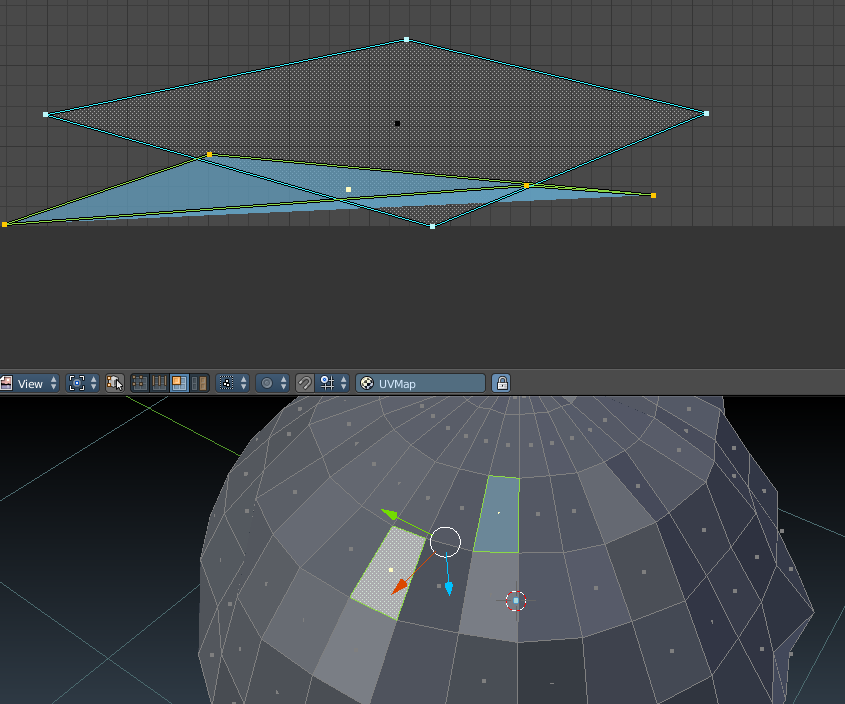 This can't be right?

It doesn't detect or correct self-intersecting UV's within a UV-island.

Using lower angle limit will typically help to avoid this problem, but there are still cases it could happen.

If the possibility of overlapping UV's is unacceptable, you could use Lightmap-pack instead.

Note, in the example given - there is a lot of noise, One way to resolve could mitigate overlapping could be calculate the UV's on a less noisy version of the mesh:

Because there are non-planar/concave quads.

Unfortunately I don't know the math behind the algorithm itself, but I can guess that this kind of faces are not easy to handle for this kind of operation.

Blender has to do calculation about the angle between faces. If that angle overcome a thershold (the angle limit) the edge between faces become a point of discontinuity, a seam.

If the face has an ambiguous geometry, it becames more difficult to have a predictable behavior, as what the modeler sees may not be what the software understand. 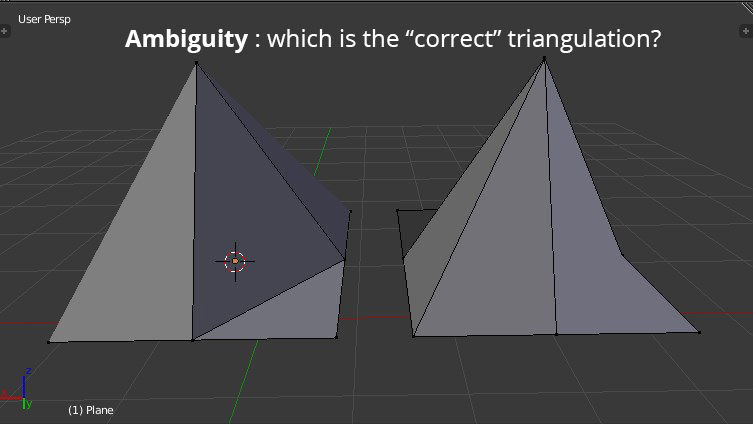 The image above shows two possible triangulation of a non-planar quad face. If the modeler doesn't specify which one is the expected geometry, the software could not act as expected.

A predictable behavior can be achieve by solving ambiguities. One (brutal) way is to triangulate (not only the overlapping-uv faces, but a bigger area as adiacent faces are also take in account in the calculation).

Notice in the images below how a triangulate mesh is not affected by overlapping uv. 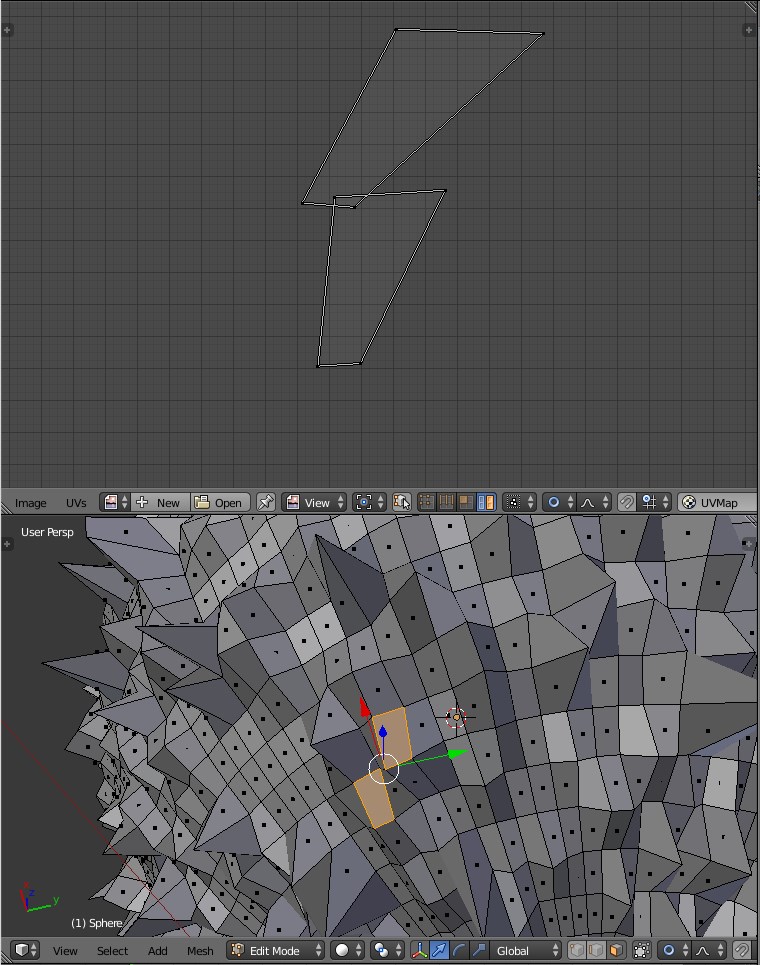 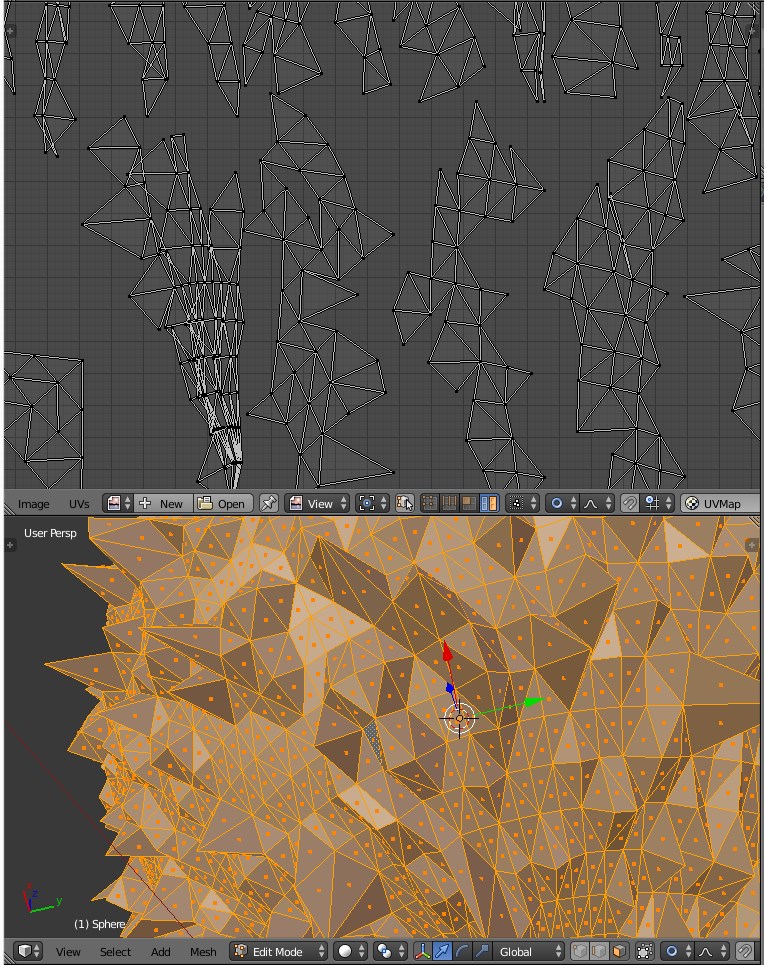 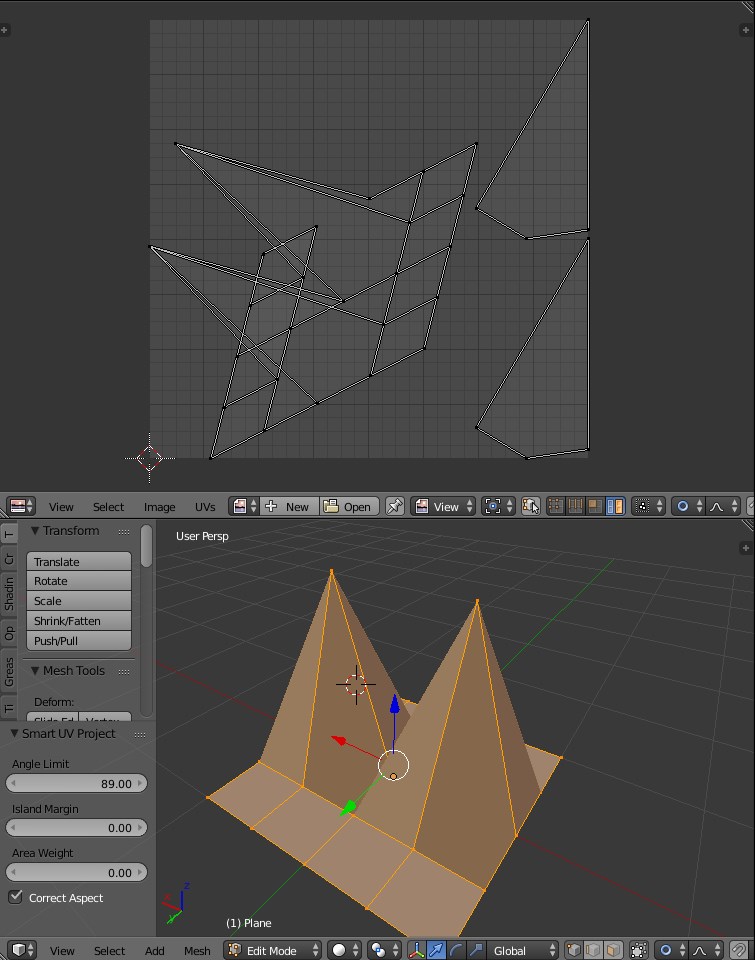 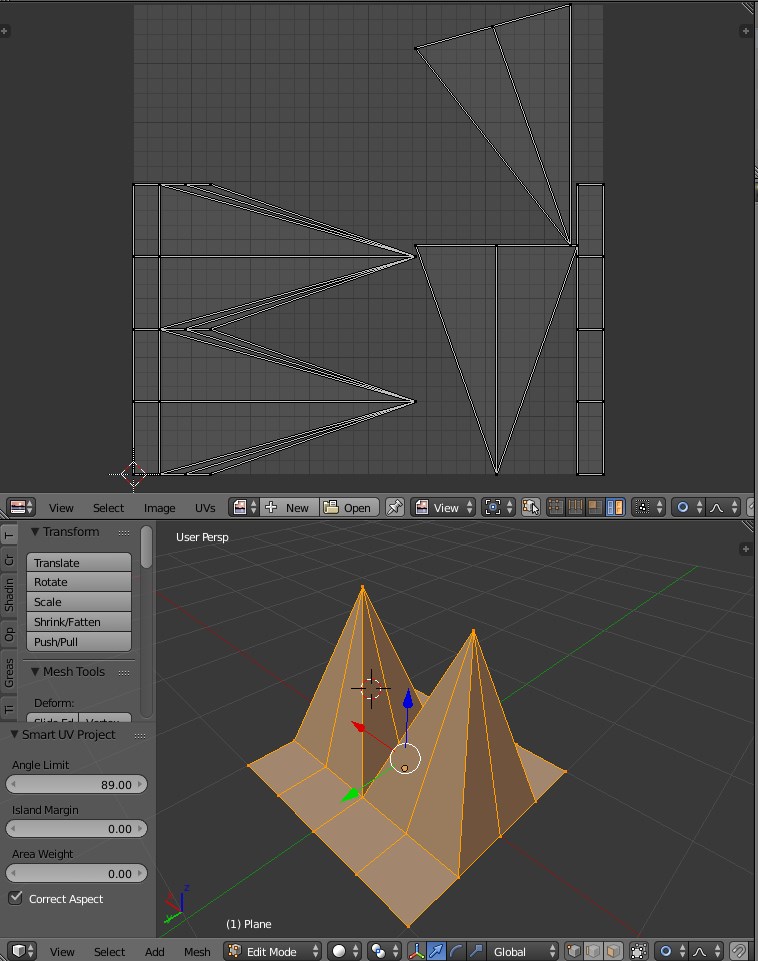 It may not enter in the UV-unwrapping hall of fame,... but at least there isn't any overlap.

0
How to change a python script which was distributed via blender?