Why does my object increase and deform when i first select the object, then the armature and afterwards go to Set Parent With Automatic Weights?

Recently i've downloaded the Minecraft-Character-Rig from Rymdnisse, but i was a bit unsatisfied with the the backbone of the armature (it had altogether only 2 bones). At the beginning it wasn't possible for me to rotate the pelvis. But i was able to solve it. However, the upper body was affected too heavily, so i had to add another bone. So i selected the bone for the lower body in Edit-mode, pressed W and subdivided it once. Then i adjusted my modification (Clear Parent etc.) so that everything works fine.

But there was one problem. i had to adjust the weights for the three bones that had been affected by this modification, otherwise nothing would have been changed. Therefore i first selected the object, then the armature and afterwards i selected with ctrl + P Set Parent to / With Automatic Weights, but there was a very strange result. The whole body was increased ~10 times, shifted a bit down and two places were completely deformed.

I also tried to use Set Parent to / With Envelope Weights or With Empty Groups, but the result remained the same. Even after i've deleted all Vertex Groups, Physics, Modifiers and Shape Keys, the result was still the same. So i conclude that there might be a problem with the object, but i'm not sure about it.

How am i able to solve this problem or are there any other options to adjust the Weights properly (but not manually since it's not very accurate)? 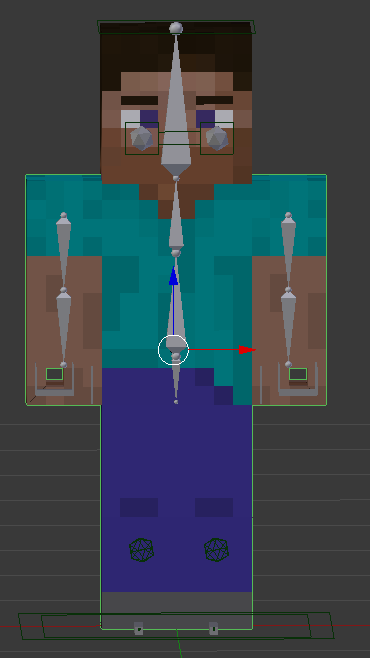 This is the object with my modification (3 bones now). 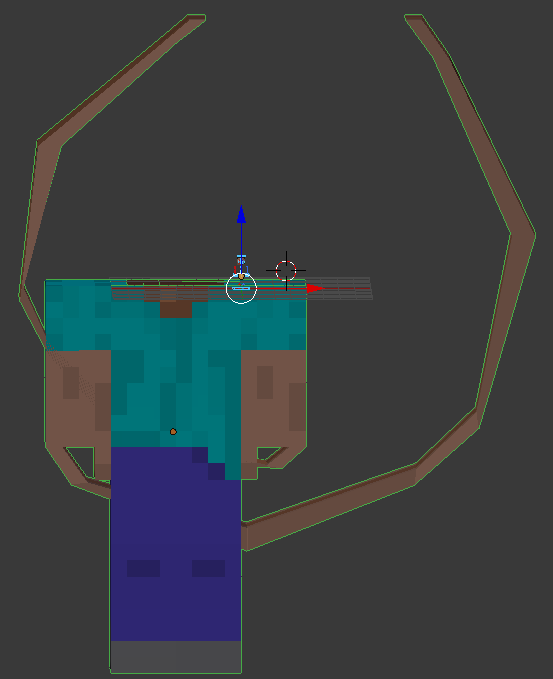 Here is the object after i selected Set Parent to... (Head and armature remain in the same place.

Before parenting, apply the scale (Ctrl+A) to both your rig and your character.

Not the answer you're looking for? Browse other questions tagged rigging armature vertex-groups or ask your own question.