Is there a way to snap color ramp stops to equal distances?

Is there a way to snap stops in the Color ramp node to equal distances from each other?

For example, when you add a new stop by pressing the Add button, the new stop is added halfway between the selected stop and the stop to the left, but this doesn't allow for equally aligning 4 stops.

Is there a simple way to align stops evenly?

This gives you access to position and color values. Key frameable as well. 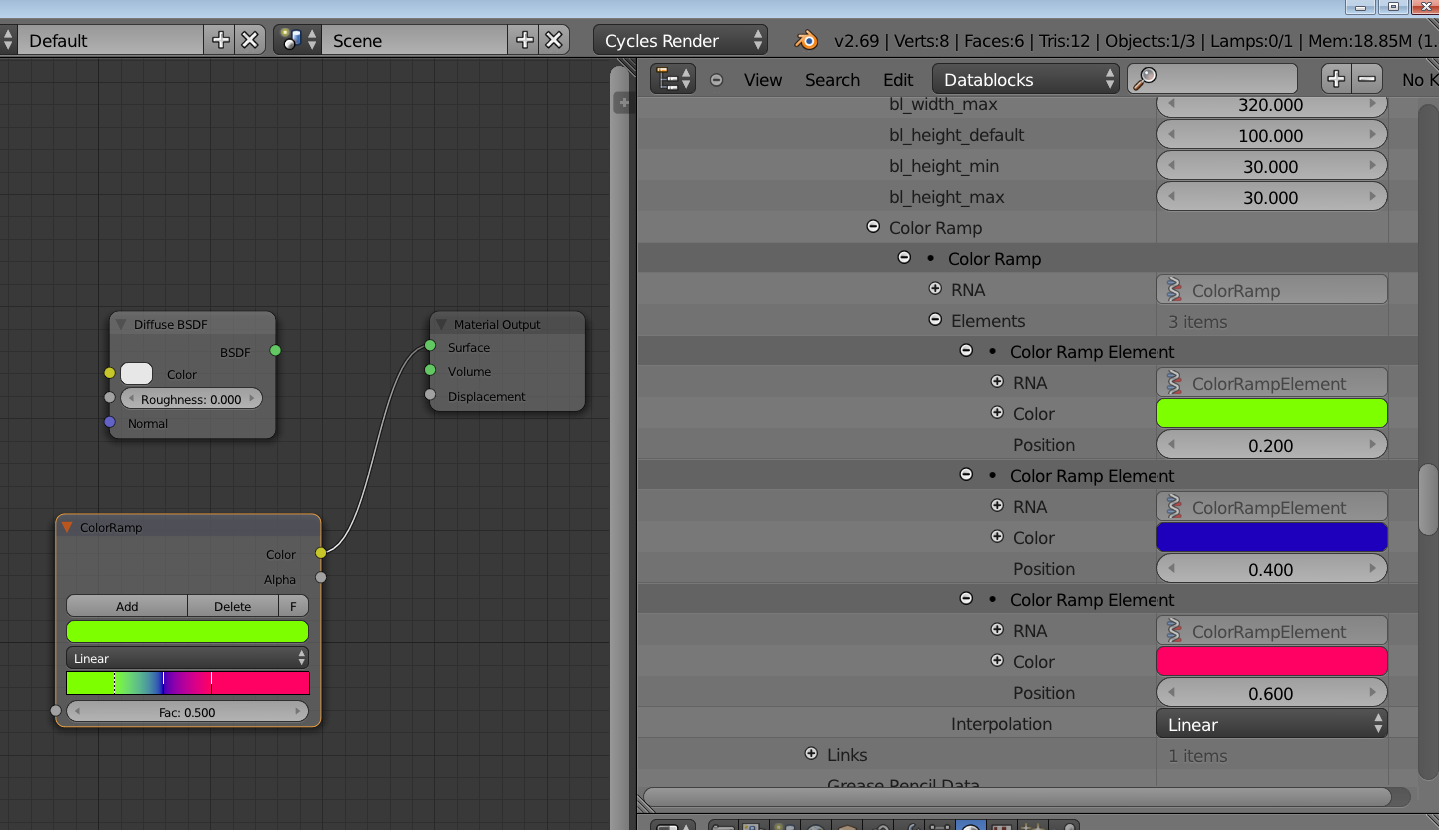 While this is probably bad python, I post it anyway until something better comes along

If it's a compositor node

If it's a material node

The colorramp in question has to be selected.

Not the answer you're looking for? Browse other questions tagged interface nodes or ask your own question.