I've been following a tutorial by Daniel Kreuter on Youtube (https://www.youtube.com/watch?v=wdsY4BtlcpQ), modelling a body using a mirrored surface. I thought I had followed his actions fairly accurately, but I'm getting a weird seam on the mirrored plane in my model when I apply a multiresolution subdivide. Oddly enough, it doesn't appear when I use the subdivision surface modifier. 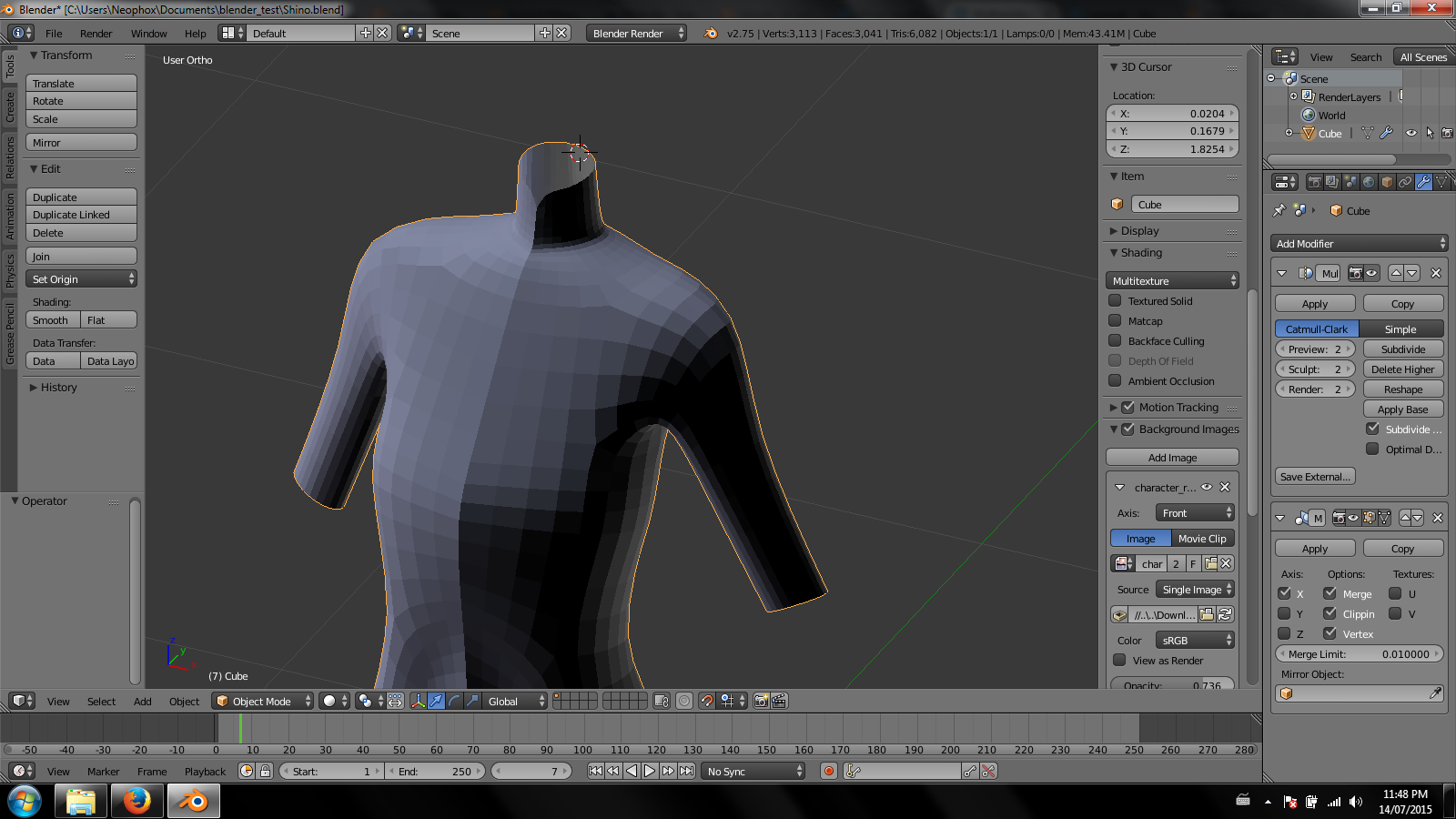 I'm not really sure where to start looking for problems. This question has an "answer" which seams (see what I did there?) to have the same problem I'm having, with no solution. This forum post looks like they have the same problem. One of their suggestions is to move the mirror modifier above the subdivide, as the modifiers are applied sequentially. Unfortunately, that gives me the error "Cannot move a modifier requiring original data". The other suggested fixes, checking clipping (it was already checked) and increasing the merge limit, haven't worked.

Another thing I've checked, based on what I've seen on the web, is whether faces have been inserted along the mirror plane by accident. Sadly, that's not the solution either, nor is it due to duplicated vertices. What should I try next?

First I presumed that you did mirroring by negative scale around YZ-plane, then you have flipped normals at second half. But then I noticed modifier, so I was wrong.

I think it's a way Blender modifiers works with mesh data. I took a peek in official docs and found this: https://www.blender.org/manual/modifiers/the_stack.html - according to official info modifiers applied in order from highest to lowest. When I tried to apply them in this order, I also get seam in final mesh with both modifiers, but it was just crease in geometry, vertices are wielded, normals are outside, just little wrong geometry. Old edge at section at half-mesh left unsmoothed by modifier, because it processed differently areas where edges belong to just one face.

This is a common problem with the mirror modifier. Make sure you have "merge" selected in your modifiers settings.

You can also adjust the merge limit, to merge vertices more tolerantly 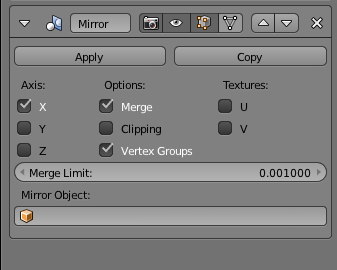 If you delete the middle face ( generated by the seam) and you apply multires, it works correctly. I know this is an old post, but if help someone i'm happy!

10
Mirror modifier without seam
0
Center grooves with mirror and Subsurf Modifiers
1
Smoothness between (Dup)Mirror and Orginal?

0
Why is the boolean modifier creating a glitchy mesh instead of cutting into the object?
0
Rotating object to axis
1
Rig is moving other parts of my mesh for no reason!
0
Armature rotates both sides of mirrored mesh
2
Subdivision Surface modifier above level 1 subdivide causes boolean modifier to break
1
Symmetrize and Mirror