Really odd on this... using Blender 2.75... I started modelling and lost the objects from the 3d view, but they were still showing in the object lists on the outlier... I was able to copy them and continued working... when I did a test render I discovered that only the original lost objects were rendering and nothing that I had modelled over the previous 2/3hrs was showing up...

I have no idea what I did but I created another 3d view and the original bits showed up along with the layer buttons which had been missing from the screen which I thought was just a new feature from 2.75...!

Picture to show the 2 screens, top one doesn't render but bottom one does 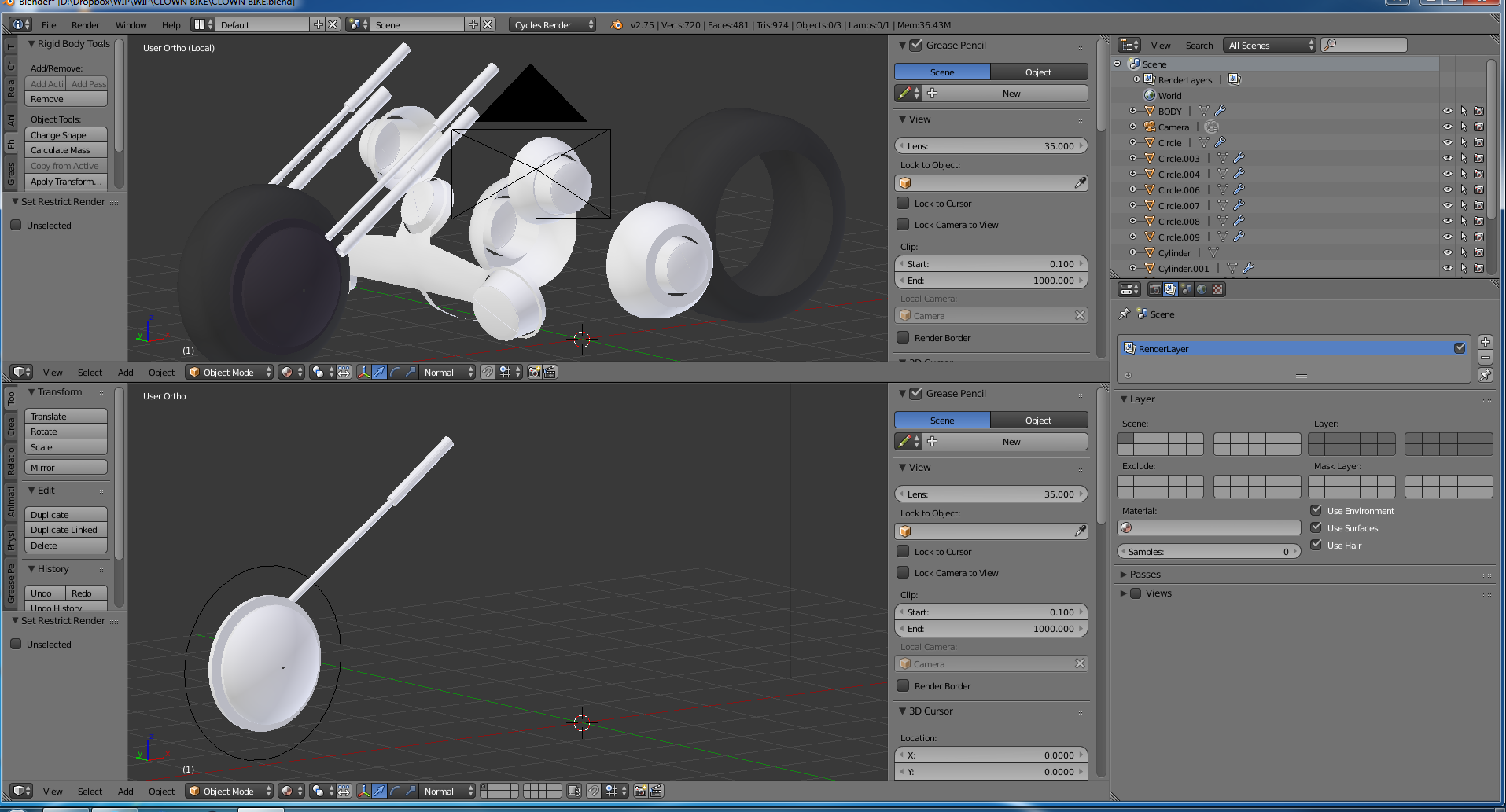 Any idea's what I've done?

Apparently, it was a simple mistake - I entered Local view, by mistake; to exit it, I just had to press Numpad /.

1
Only the first objects i made are rendering
5
Why did my mesh disappeared?