How would I add bump mapping on an OSL shader?

I've found out by reading through the specifications of OSL that N is a global variable, pertaining to normals, but I'm not certain on how to use it.

If I were to use a Normal Map node to get a vector from an image, how could I make it so I could plug it into an OSL shader and have it come out as a bump-mapped surface?

Store in a vector/normal variable: 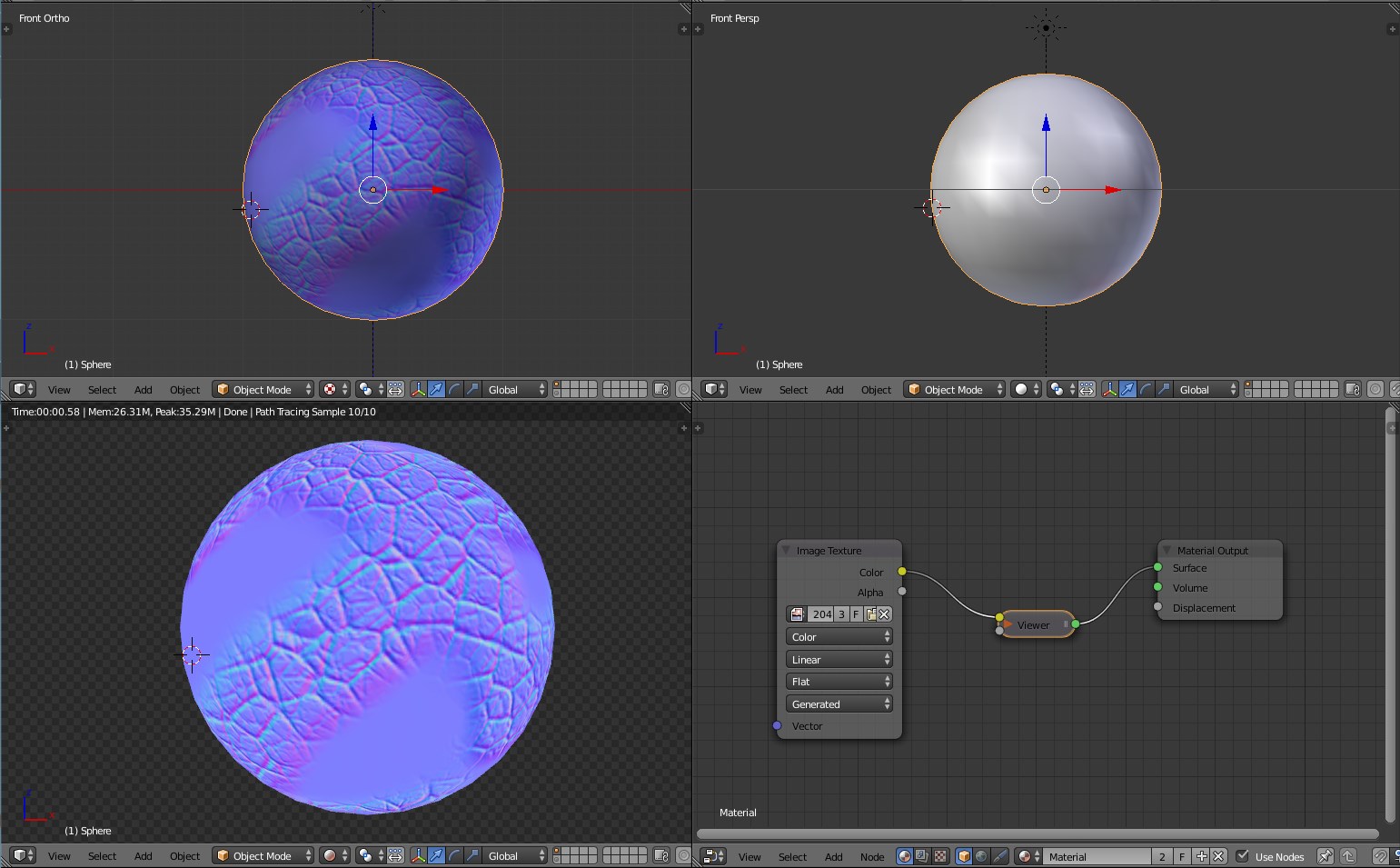 The code above creates a closure output named "Bumped" which is based on a "diffuse_toon" shader, whose normal information are stored in the variable "N" that we declared.

To access the respective "i" component of the NormalMap use the syntax NormlaMap[i], as it's stored as an array.

That said, you can shorten the code by avoiding the use of the variable N, just use your own like in this example.

Here's a comparison between the result of the OSL shader and the one coming from Cycles nodes. 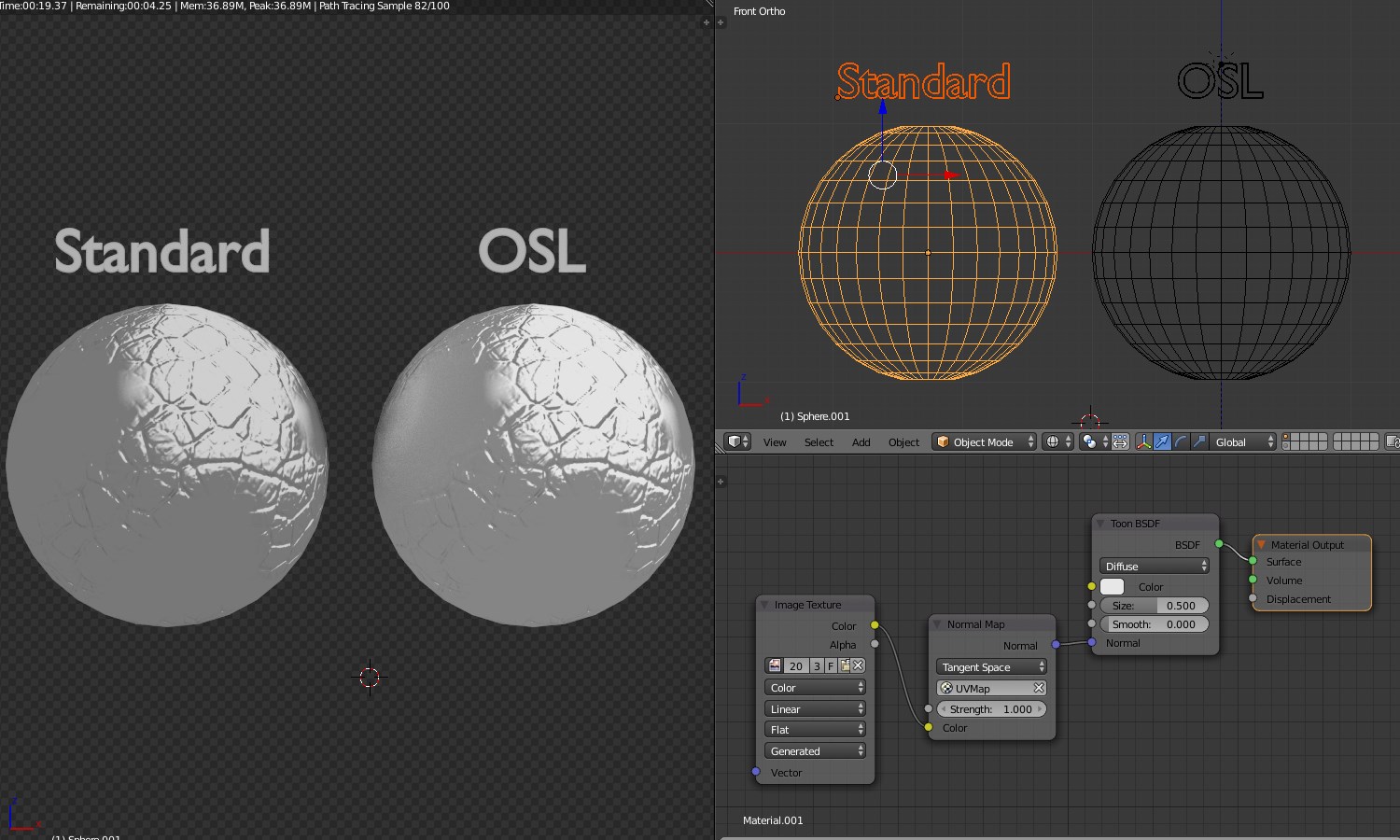 Not the answer you're looking for? Browse other questions tagged osl or ask your own question.

5
Bump node in Cycles, with an OSL script -- am I doing it wrong?
1
OSL toon shader with a glass effect?
3
How to adjust texture coordinates with a distortion texture?
8
Fake Bool operation with OSL shader
1
Blender 2.8 Text Editor OSL Script Node Update Disabled