Can someone explain the layer system?

I am really confused with the different uses of the terms "Layers" and "Passes" in Blender.
Can someone please explain how they work in Blender. I know about Render Passes like AO, Diffuse and so on, but there seems to be a confusion with layers.
Also, how do the layer buttons work in the properties panel like in the image shown? I get it that you can assign objects onto certain layers, but whats the difference between "Scene" and "Layer" buttons in the image? How do they refer to rendering? How can you see what layer a certain object is on?

Layers are a way of splitting up and organizing the objects in your scene.

In the 3D viewport.

You can select the currently visible layers in the footer of the 3D view or under properties panel > render layers tab > layer rollout > scene layer selector. (With any layer selector you can hold down Shift to select multiple layers.)

You can see what layers have objects on them by the dots in the layers' boxes, layers containing selected objects will have an orange dot. You can move the slected objects to a new layer by pressing M and selecting the layers you want in the pop-up layer selector.

In the scene section of the properties Window, there are four sets of layer boxes that control which layers are computed in the render and how: 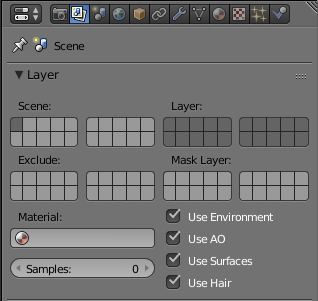 Here is an example showing the functions of the 4 different layer selectors. The ground plane, light, and camera are on layer 1 (top left); and the red box is on layer 2. 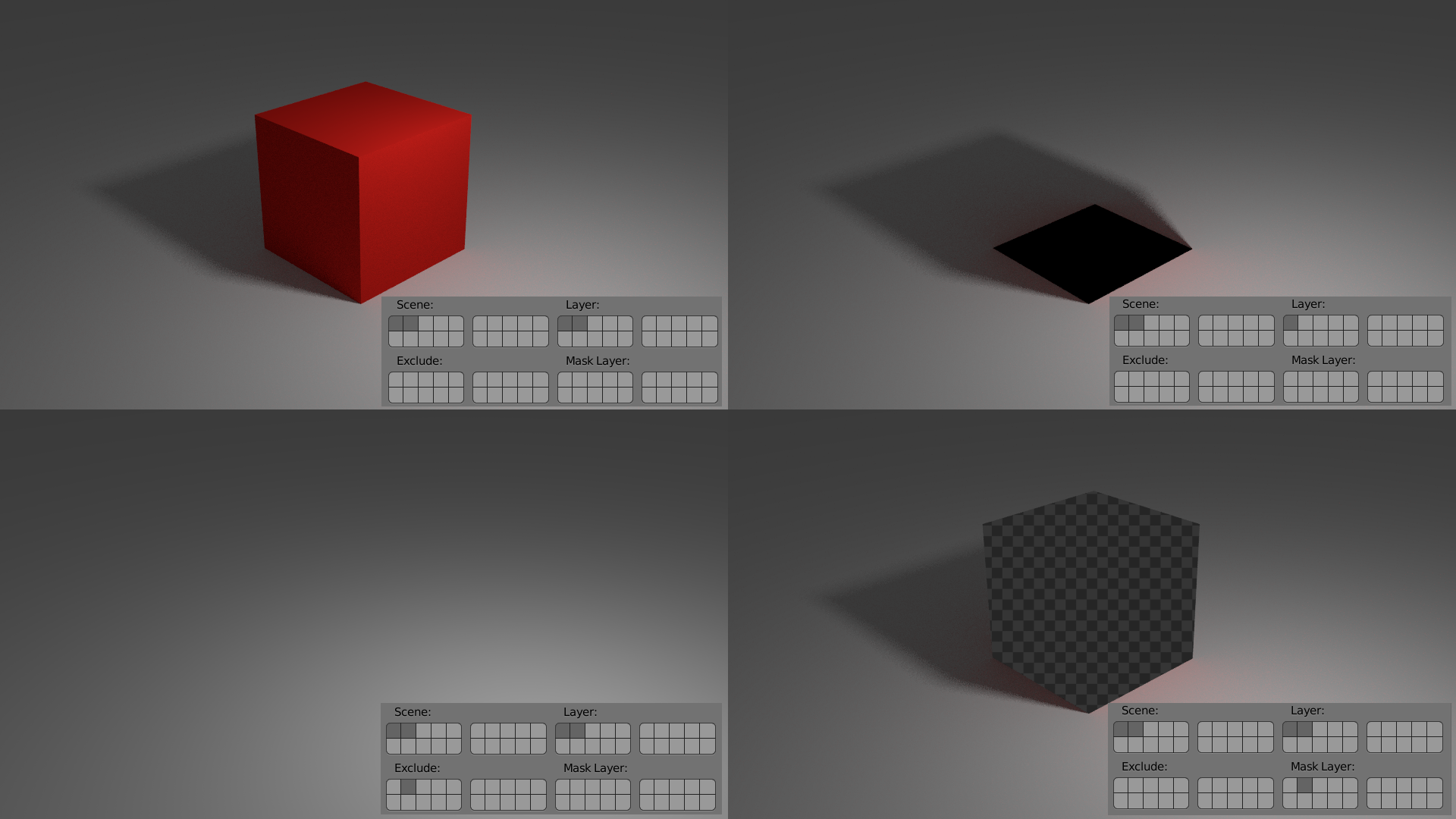 I think what may be confusing you is that there is also something called render layers. Render layers are a way of rendering the scene multiple times with different settings (including passes and visible layers). 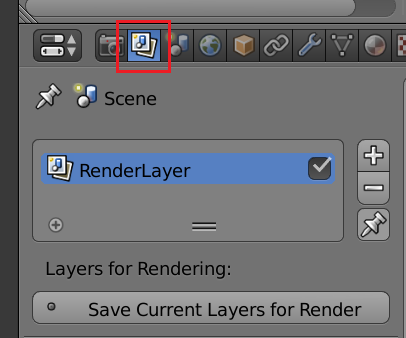 Not the answer you're looking for? Browse other questions tagged render-layers layers render-passes or ask your own question.

1
(Blender Internal) Render Layers keeps duplicating
23
Render result is completely blank
4
Prevent shadow on object/material A, allow for object/material B
5
How do I make an object only visible when it is in front of another specific object?
1
How to change color of glossy highlights?
0
How do I add a composite effect to a scene using material index?
1
Removing an object from specific lighting
0
How do I combine three rendered animated layers?
1
Renders coming out completely white
0
How can I render all layers?
See more linked questions

5
Is it possible to link a modifier for only one Render Layer?
1
Why is my object not assigned to layer?
0
I can't see the 2nd layer rendered in the Compositor
3
See Through Render Layer
3
Why is my Shadow Catcher layer shadow-pass entirely black?
2
How do I batch render the render layers that I have set up?
1
Rendering single .exr from passes with different shaders?
3
How to render only one render layer?