Can a Force object have no falloff?

I'd like to apply a constant force to all objects, attracting them to the scene's origin. A Force object with negative strength at (0,0,0) with no falloff would do the trick.

Is it possible to disable a Force object's falloff?

For example, a negative force object will stretch a softbody; the closest parts of the mesh will move toward the force quicker than the rest. See this stretched torus object (attached .blend): 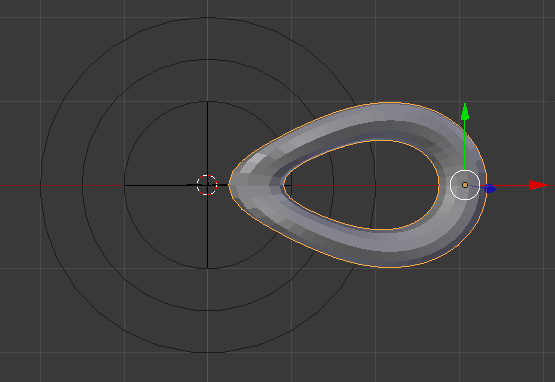 The falloff is actually correct - as can be seen if you replace the point force with a plane force - in which case the soft body does not distort until it reaches the plane of force.

The apparent issue is actually caused by a combination of the differing direction of travel of the soft body points and how they interact with each other. ie, the top and bottom rim of the torus is being pulled diagonally towards the centre of the force - this pulls the torus into an oval shape, reducing the force keeping the front and back edges together and allowing the front to pull away (and get pushed away from the other soft body vertices) faster than the back (which is also pushed away from the middle as it's pulled together). 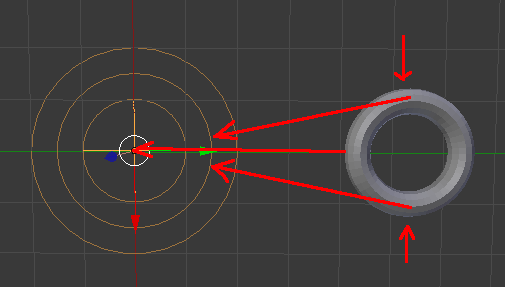 Note how the sides of the torus are pulled together as well as towards the point force. This deforms the soft body allowing the front and back to separate (they are actively pushed apart by the 'push' springs). 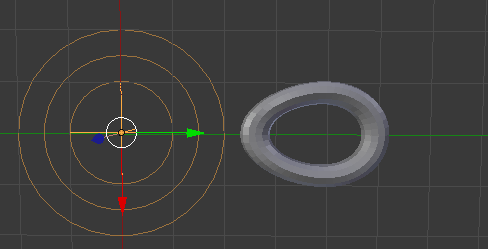 The uniformity of the force can actually be demonstrated by using particle emission instead of the soft body - this results in the 'particle body' being pulled directly towards the centre and the front-back distance remains constant until it reaches the point force (although the sides are still drawn together). 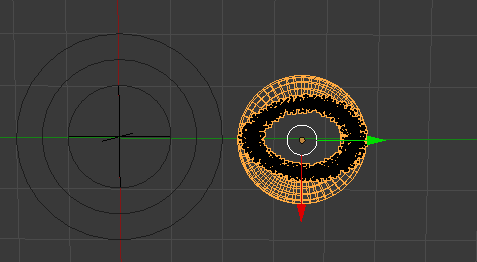 As a final proof that the effect is due to the soft body 'push' force between vertices, reducing the Soft Body Edge 'Push' spring to 0.000 produces the following result :

ie, the 'sides' are still pulled together - squashing the torus - but since there is no 'push' spring this doesn't result in the torus being elongated along the Y axis (highlighted torus (orange) shows the distorted soft body the same length as the undistorted (black) one).

11
how do I make an object bend or break if hit with sufficient force?
3
How to calculate centripetal force in BGE?
3
Blender 2.78a force field not affecting particles
4
Can I make a force field that is defined with differential equations?
0
How do I apply force to an object that must move with the forehead?
2
How to force creases into a cloth object?
0
Physics object with force field render oddly shaped and jagged