Is it possible to generate an image based on edges and corners?

Prompted by my previous question, is it possible to generate a black and white map based on the sharpness of edges and corners of a mesh?

E.g. to use as a map to make procedural texture displacements more intense on edges and corners.

Yes, you can use vertex colors.

Note 2.70 - when its released, (or any recent build) has the ability to bake vertex colors directly so you don't have to worry about setting up the material.

You can configure AO to shadow sharp edges (with inverted normals) and bake that into an image too.

As Ideasman42 hinted, it is possible to invert the normals and bake AO to get what you want. However, this doesn't work at all times.

It works like this. Normally when baking AO you want holes and dents in your mesh to be darker. Not the same amount of light reaches those areas. This can also be used for dirt. If we instead want to mark the protruding edges we can invert the normals. A protruding edge is converted into a dent (sort of). It will render darker when baking AO.

One tweak must be done. If you bake a cube 2 units wide it will be baked totally black. Rays for the inside of the cube (because the normals are inverted) will hit the opposite side of the cube. The Ray length must be set very short. Here are the settings for this: 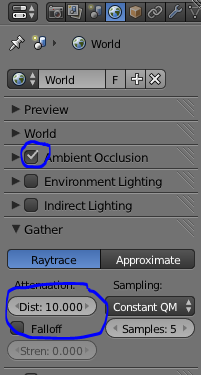 Vertex colours strike me as the superior method in most cases.

Made a simple test to compare them both:

For the vertex paint method I hade to subdivide some to get the desired effect. 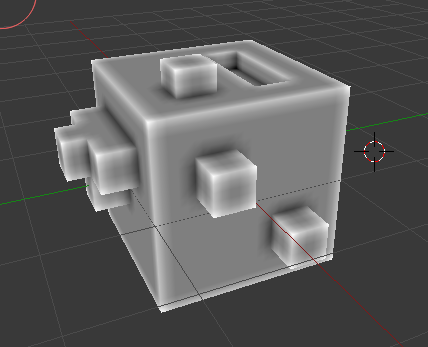 With baking AO I hade to save the image and edit it externaly (inversion and contrast). 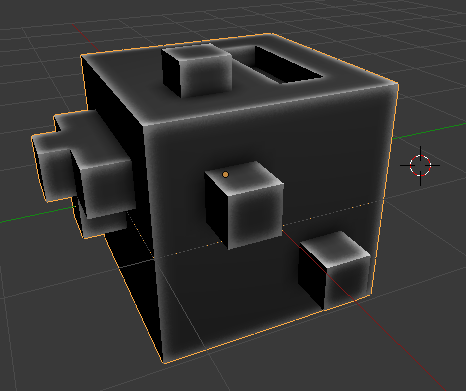 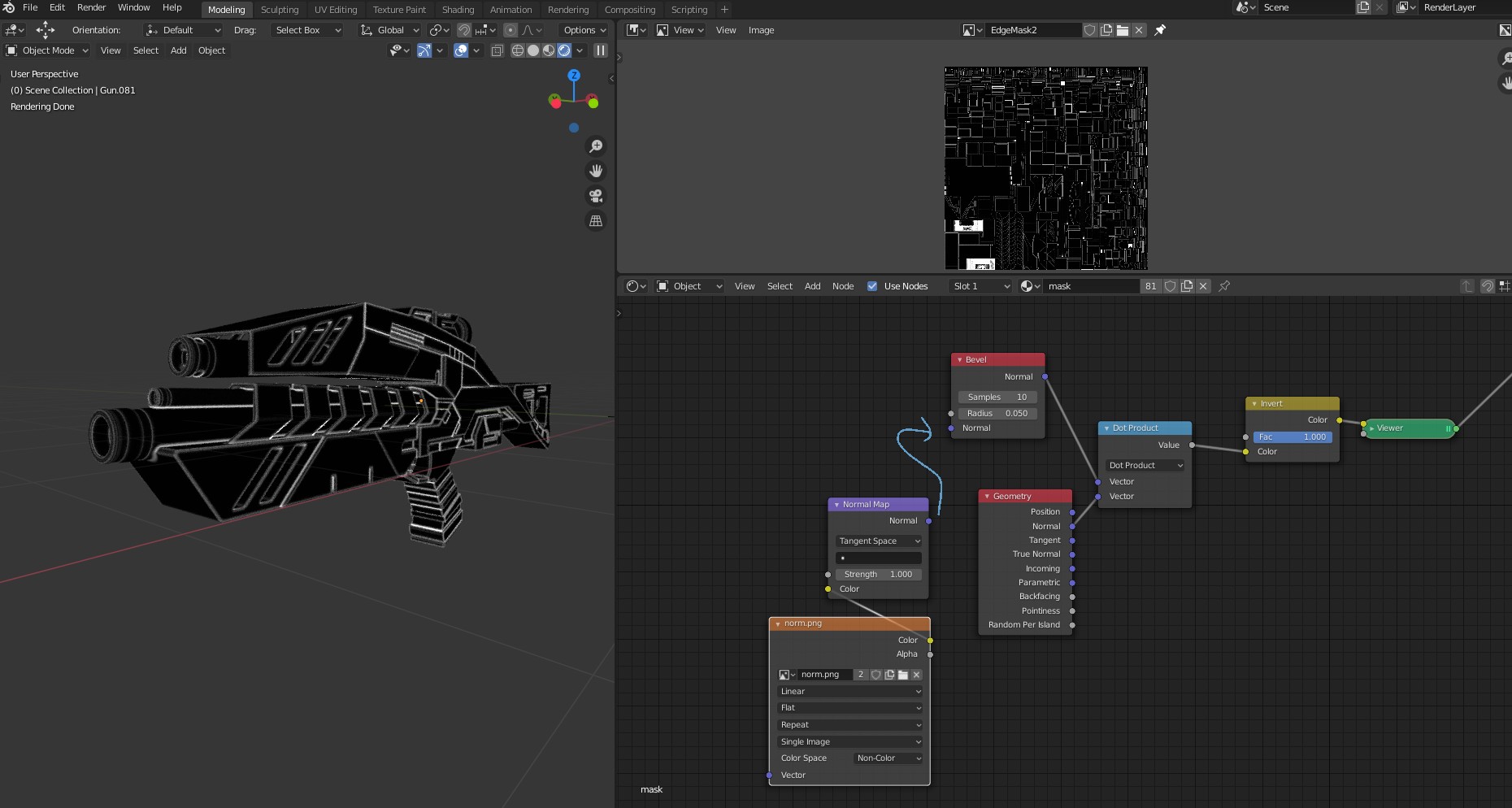 Here is my adaptation of a technique I found in the b°wide node pack's fake AO node group. It works by subtracting the normal and true normal vectors, which on a smooth shaded mesh are the smoothed and original (non-smoothed) normals respectively. So closer to the corners of the mesh there will be a greater difference between the two and thus the subtraction will give a higher value.

The only downsides to this method are that it requires the mesh be smooth shaded and the mesh must be subdivided. You can get around the first one by plugging the true normal into the normal socket of the shader as I have done in the example.

Here is the render with the output of the subtraction plugged into a diffuse shader. 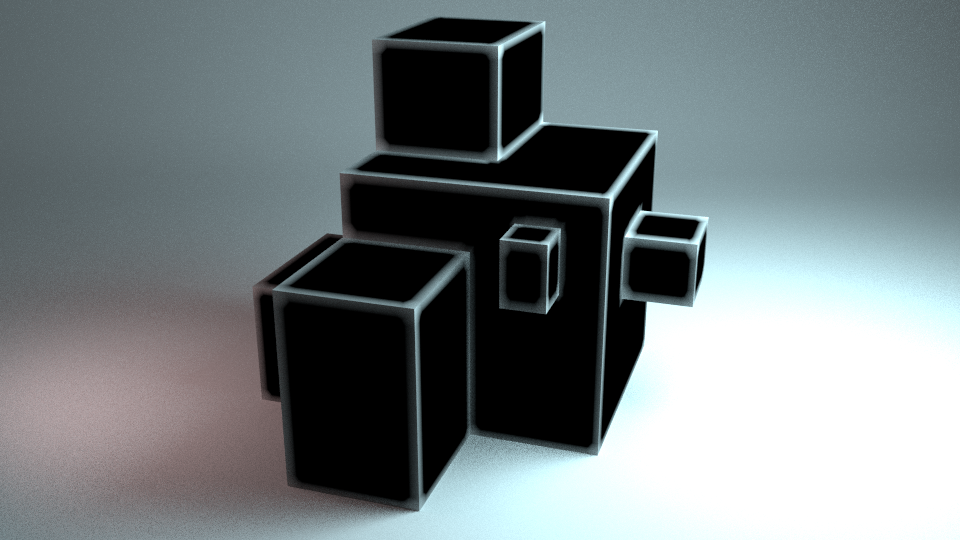 And the mesh (as you can see it is smooth shaded): 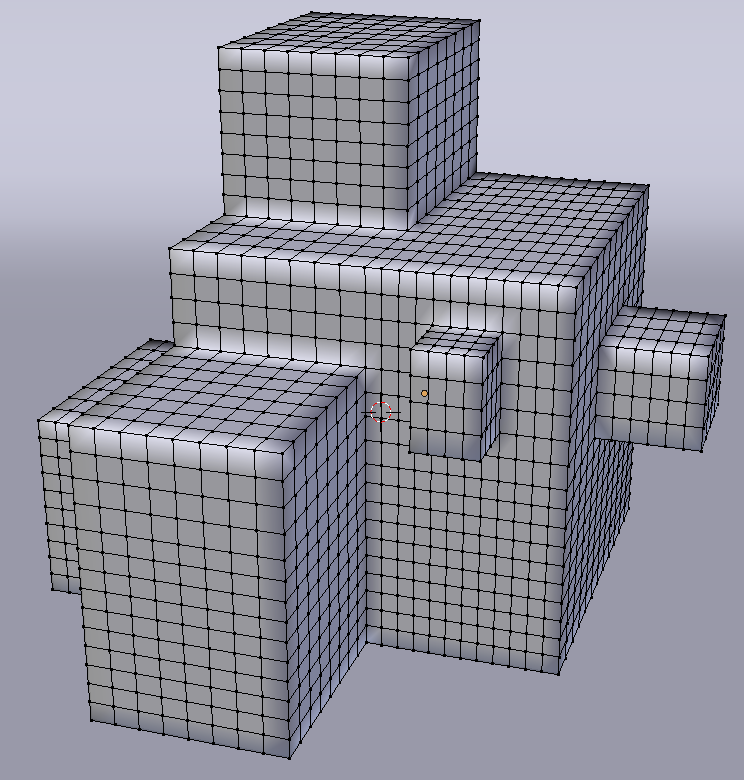 This can then be baked using cycles baking to create the map you are looking for. I use this technique fairly regularly on materials for mainly old metal and rocks. As an aside, two slightly different gray diffuse shaders mixed based on this make an amazingly realistic material on a high poly, hand-sculpted, rock.

36
Procedurally generating wear on an object?
5
How can I animate the visibility of a face?
3
How to make Gems/Emeralds look like this in Cycles?
4
Node for local mesh curvature
1
add damage to an object

3
Why are the Cycles/BI Voronoi Procedural Textures Different?
8
Is it possible to convert a procedural texture into actual geometry?
5
Using 2D / 3D textures with volumetrics?
12
How to adjust size and frequency of procedural texture independently
8
Creating a procedural worm texture
1
Is it possible to scale and rotate the 'image for clone tool'?
4
Edge angle dependent material apply
3
Image Texturing - Using cycle's nodes to scale image texture and randomly rotate them
4
How to align mesh for Seamless Texture Baking?
0
Displace modifier with black and white texture has sloping edges