I've got a low poly character on Blender. I modelled it, unwrapped it and textured it with a Mirror modifier on, so that modelling and texturing was symmetrical. However, when I render it, a some of the vertices just... move, without percievable cause. This deforms the mesh, interrupts symmetry and noticeably displaces the texture, albeit only slightly. It is most noticeable in the face, whereby the eyeball on one side of the face begins to clip through the eyelid, whereas the other remains fine.

The issue is only observable when the mesh is rendered; it otherwise appears fine. When I switch between any regular viewport and a rendered viewport, I can see these particular vertices move away from their original, mirrored positions.

At first inspection, no part of the model is influenced by errant keyframes.

EDIT: I'm not sure how to upload a .blend just yet; I am working on it. Here are some before and after shots that hopefully demonstrate what I mean a little better.

EDIT 2: Here is a copy of the .blend file for your perusal. This iteration does not include the texture. The issue is observable when switching between rendered and non-rendered views of the mesh. ALee - Zombo Man

The before screenshot: Note the eye and general facial symmetry. 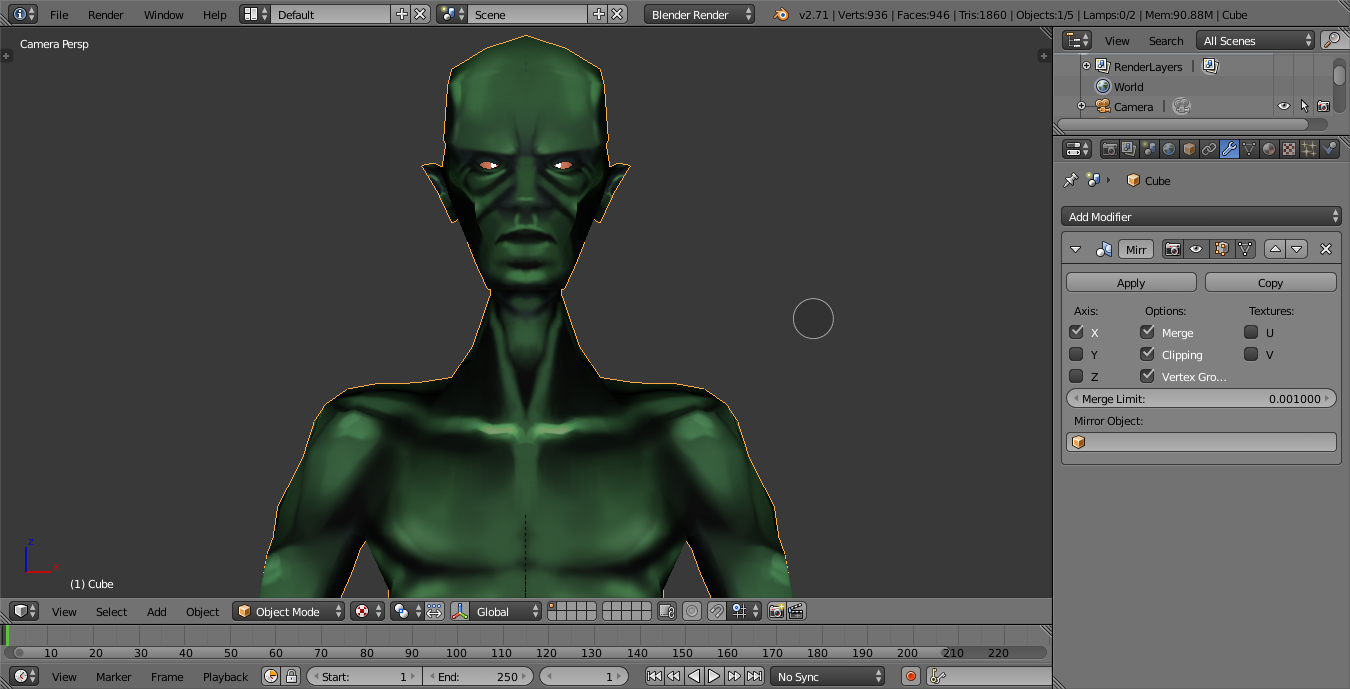 After I hit render: The eye on our right has begun to clip through the eyelid. The area of the texture representing the jowls/dental sphere has also changed. I have deduced that the cheekbone/zygomatic arch has changed due to aforementioned vertex movement. The texture around the neck is also seeing deformation due to vertex movement. 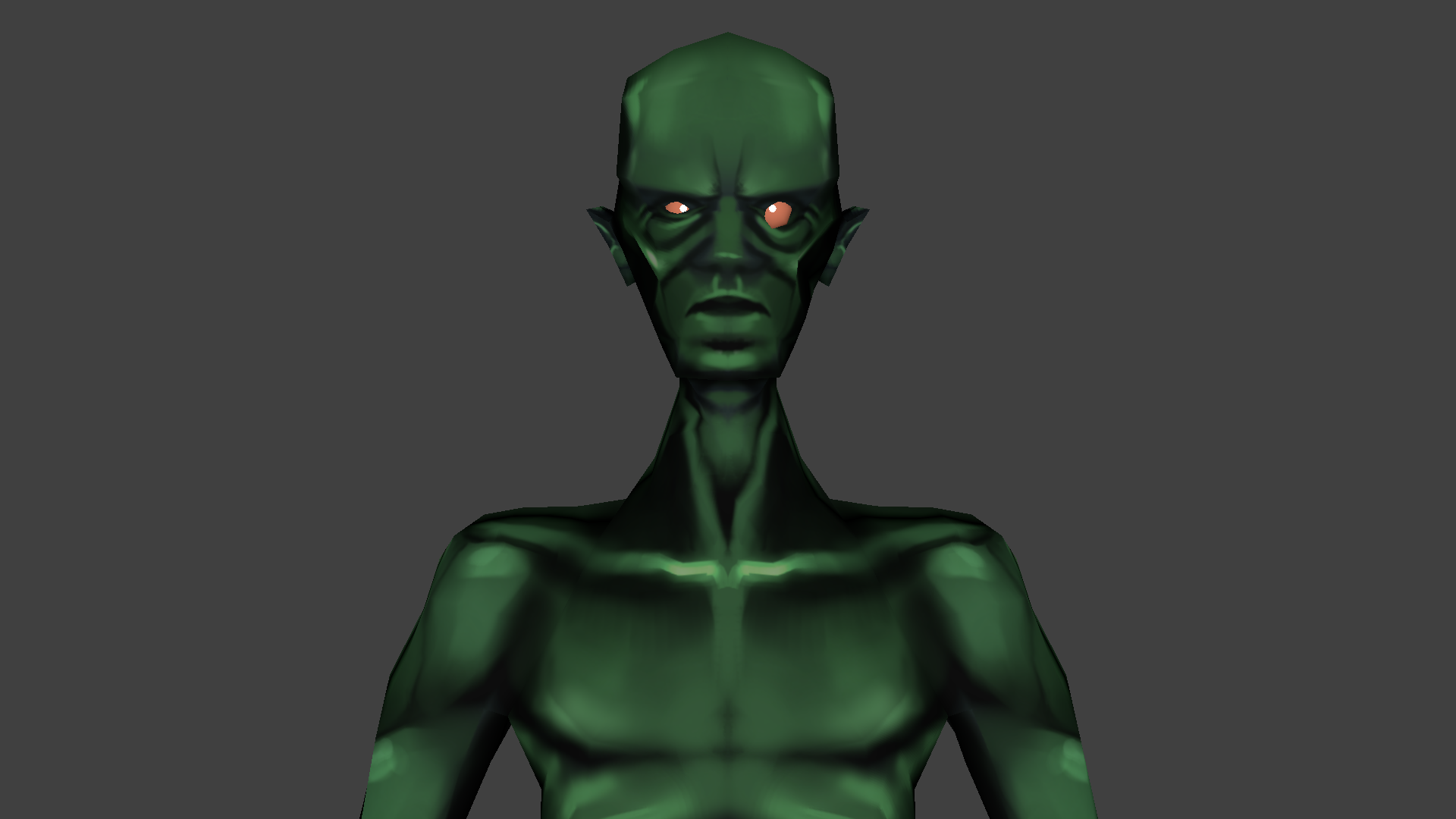 I'm not sure about this answer, but to me it looks like a calculation approximation problem: if you add a subsurf modifier to the body mesh, even with only 1 step of subsurf, everithing goes allright (then you can apply it, to get a pure mesh). Blender is not intended as CAD and your mesh is very low poly, maybe also adding some loopcuts would resolve your odd behaviour.

Consider that, generally, we use a circle of vertex for shaping the "hole" of eyes.

13
Is there any way to save background images in the .blend file?

2
Texture not appearing in render?
4
Texture view works, but render is without texture
1
Problem: Armature deforms mesh when after parenting
1
Strange mesh behaviour when rendered
0
Separate Mirrored mesh when exporting?
1
The object becomes blur when entered into rendered view mode
0
Base mesh becomes unsculptable
0
Why Blender Mesh becomes messy when imported into Salome