Is there a way to stop Cycles Computing Transparency?

I'm trying out a method of rendering smoke in Blender Cycles through the use of Image Planes and Smoke Textures as Johnathon Lampel shows in his recent tutorial: http://www.blendernation.com/2015/07/04/faking-smoke-with-particles-in-cycles/

This is my current result: 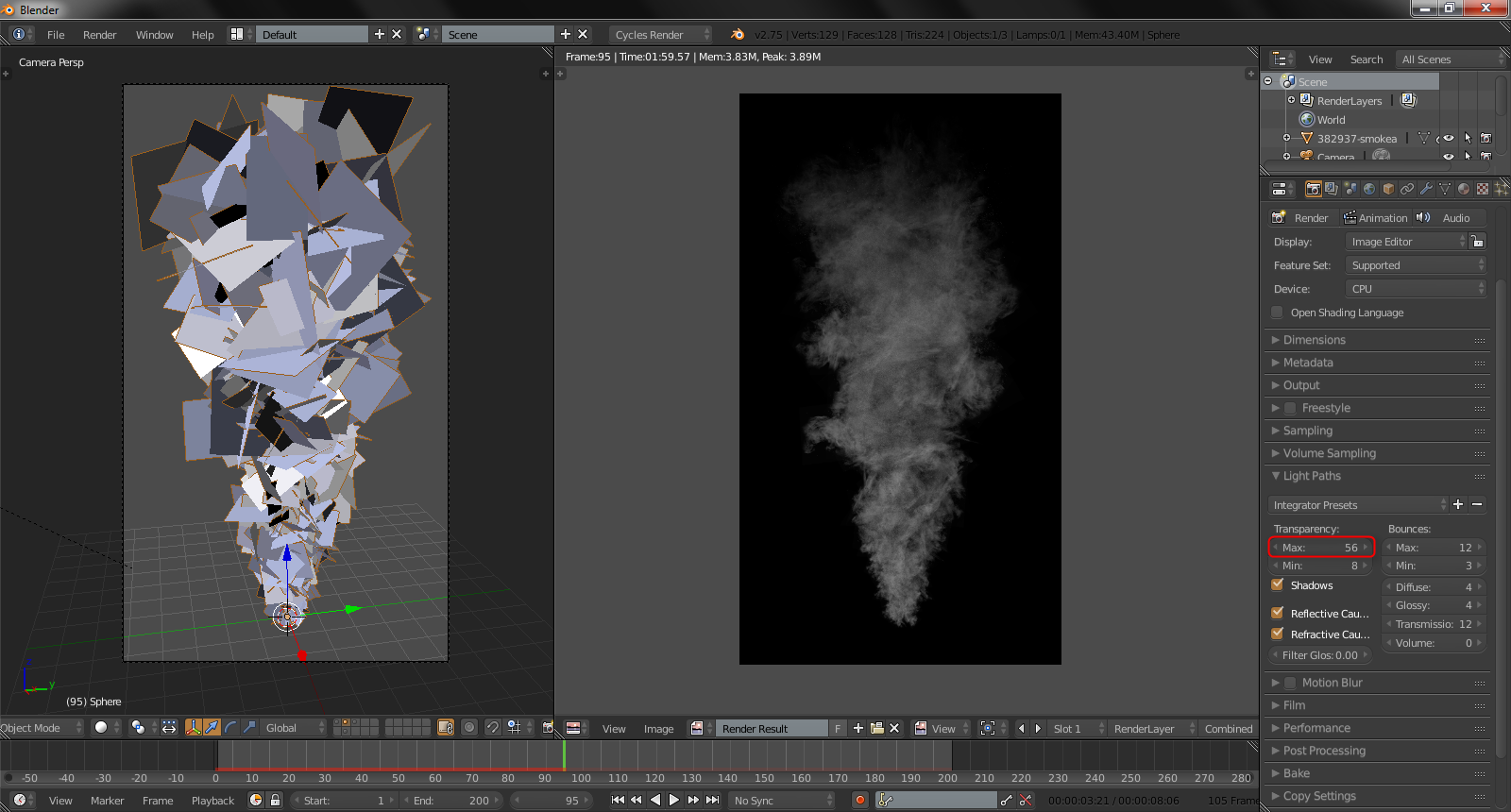 And this is my node set-up: 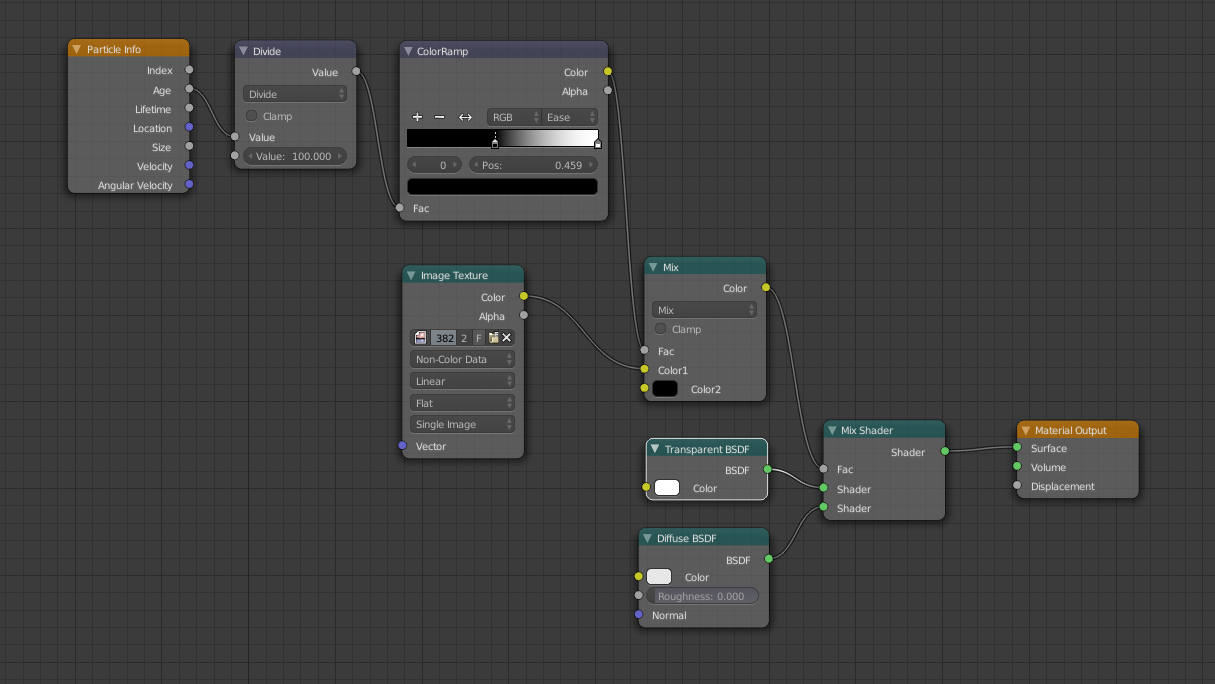 As you can see, in order to prevent cycles from rendering transparent planes at the back of the particle system as black I've had to bump my Transparency Light Path Bounces up to a Max: value of 56, which in turn takes a while to render (1min 56secs on half-res 10 samples).

I feel that it should be possible for Cycles to simply disregard Transparency, so instead of computing it as a bounce, it just treats it as though it's not there, rendering the smoke image but not the alpha surrounding it. As a result this would drastically save on render times.

Does anyone know if this is possible? :)

From my knowledge of cycles, I don't think this is possible.

Think of it this way: If you disable camera ray visibility it simply ignores the object when calculating ray collisions. But a transparent shader is simply that: a shader. And Cycles will only look at a surface's shader if a ray has already hit the surface, meaning the calculation you are trying to avoid has already been performed. In other words, Cycles has to perform the collision algorithm to find out where the ray hits the surface to know if it is transparent.

To ignore transparent parts of objects you would first have to go through every shader in the scene looking for the pure white 100% transparent parts so that it just so you can ignore them in the ray-tracing step. This process would be very computationally expensive and would probably far out-weigh the saved time in the ray collision calculation.

With that said, I am by no means a complete expert on cycles, so if anything I have said is incorrect please let me know.

1
How to move a particle emitting object around a movie clip in Blender?

13
How to get additive blending in cycles?
3
Can this low-light animation in Cycles be rendered sharply and in HD, and how?
5
Smoke hi-res fire artifacts in Cycles?
0
Noiseless single sample cycles renders
1
Rendering cutout transparency 2.8
0
Shadows not rendering properly in cycles
1
Cycles Alpha Issue - Plane with seamless edge