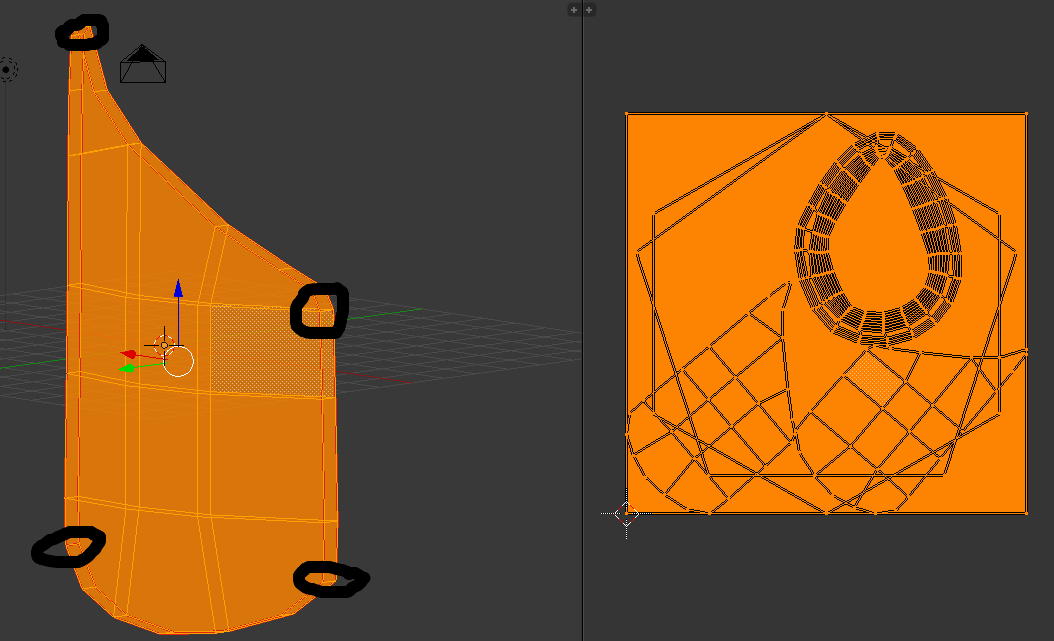 Hello, folks. I'm relatively new to blender and modelling in general. Everything has been going pretty good until my attempts at UV mapping has given me the result you can see above. I can clearly recognize the two faces of the object and even the edge, although it looks rather absurd. I don't know why it shows up like that, it's as if every single edge is shown three or more times on the UV.

My issue is with the infinite hexagons and rectangles behind them. Attempts to pull the items in the UV window apart resulted in nothing. According to Blender, the infinite rectangles and hexagons are actually what build up the object and not the clearly defined faces and edges. It makes no sense to me as there are no rectangles and hexagons on the actual model. I made two large seams around the edges of the faces of the object and connected them four times - twice at the bottom and twice at the top. I have marked on the image where the two large seams are connected by small seams.

How could I make this work without the unwrapped UV turning out in such a mess? According to Blender there are no loose vertices nor unconnected faces and edges, no doubles, etc.

The problem Usually when you have hidden geometry that was not marked with seams. In your case the UVs are showing that you have additional edges that overlapping on your mesh.

The solution is to remove that geometry by removing doubles using Ctrl+V and select Remove Doubles. Then check your seams again and unwrap the mesh.