Unfortunately I have deleted some face. Now my loop cut stop at the deleted face. I am trying to model my lock, but without a loop cut I am currently lost.

Can anybody tell me how to model my lock? Do I have to rebuild the deleted faces to make perfect loop cuts again, or can / should I do it differently? 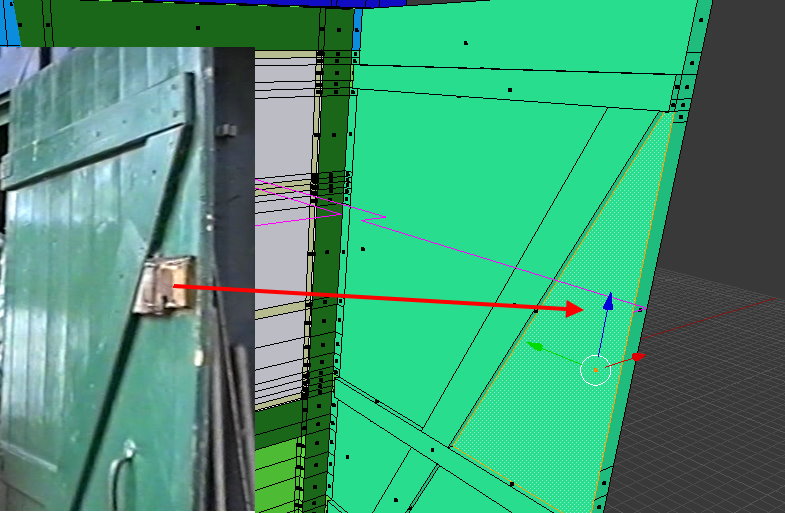 The first thing i tend to teach people in 3d modeling is that loop cuts are good and that their geometries should be quad based.

Having told them that I immediately tell them that loop cuts arent ALWAYS a good thing and that not having them is sometimes preferential before they start to spam loops everywhere generating unnecessary geometry.

In your case I would finish the door and then model the lock as a separate object, keeping the geometry as simple as possible. If you parent the lock to the door (ctrl+p) it will stay with the door at all times when you move it.

Don't be afraid of non-manifold objects/meshes. Unless you work in 3D printing, then be very afraid.

You can also use the knife tool with k, this way you can create a loop cut where ever you want.

The alternative to a loopcut in this case is to model as separate objects as is already proposed. This also applies to the planks of the door; they shouldn't be a part of the door, it's what the door is made of, thus they are sticked to it with nails or whatever. In case of modeling these as separate objects (the lock as well) the object will be constructed from parts:

Then all the planks and lock should get some nails in the corners for faking the reason why they still stay intact.

If faking some depth in the place where the lock is then it's possible to add some geometry there and extrude it inside. As the plank behind the lock is just a scaled cube, add 2 loopcuts, scale them appropriately and inset the resulting face. After that you can extrude that face inside and get a small indentation where lock can be put on: 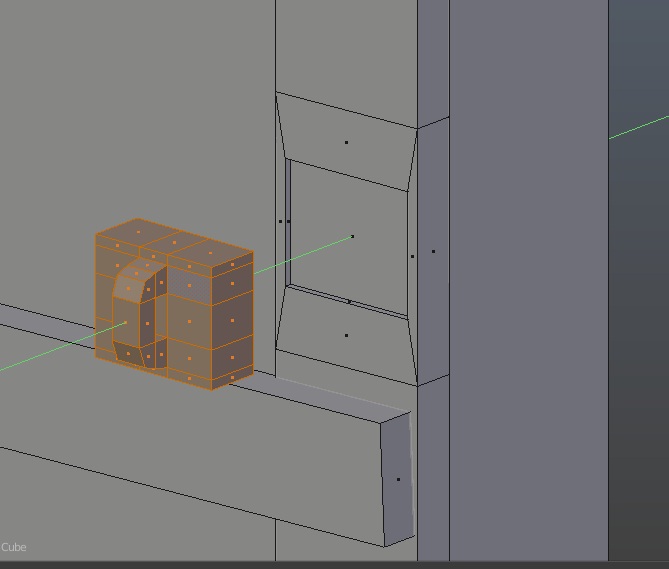 Here the lock is moved by Y axis (movement is not confirmed hence the Axis line is shown as green) to show the indentation behind it. There's much less geometry to bevel for better effects of man-made objects and it can be operated much easier overall.

8
Face behavior not equal after loop cut
3
Is it common to have many loop cuts?
1
Wrong loop cuts position offered by blender by default
6
Billions of loop cuts
1
How to evenly divide a face when loop cut doesn't work
2
How to add extra loop cuts without affecting subsurf
1
Unable to Loop Cut Odd Shape