I am trying to create something like volumetrics with a falloff: beams of light that shine visibly into the air from an emissive object, becoming gradually less visible as they get farther from the object. 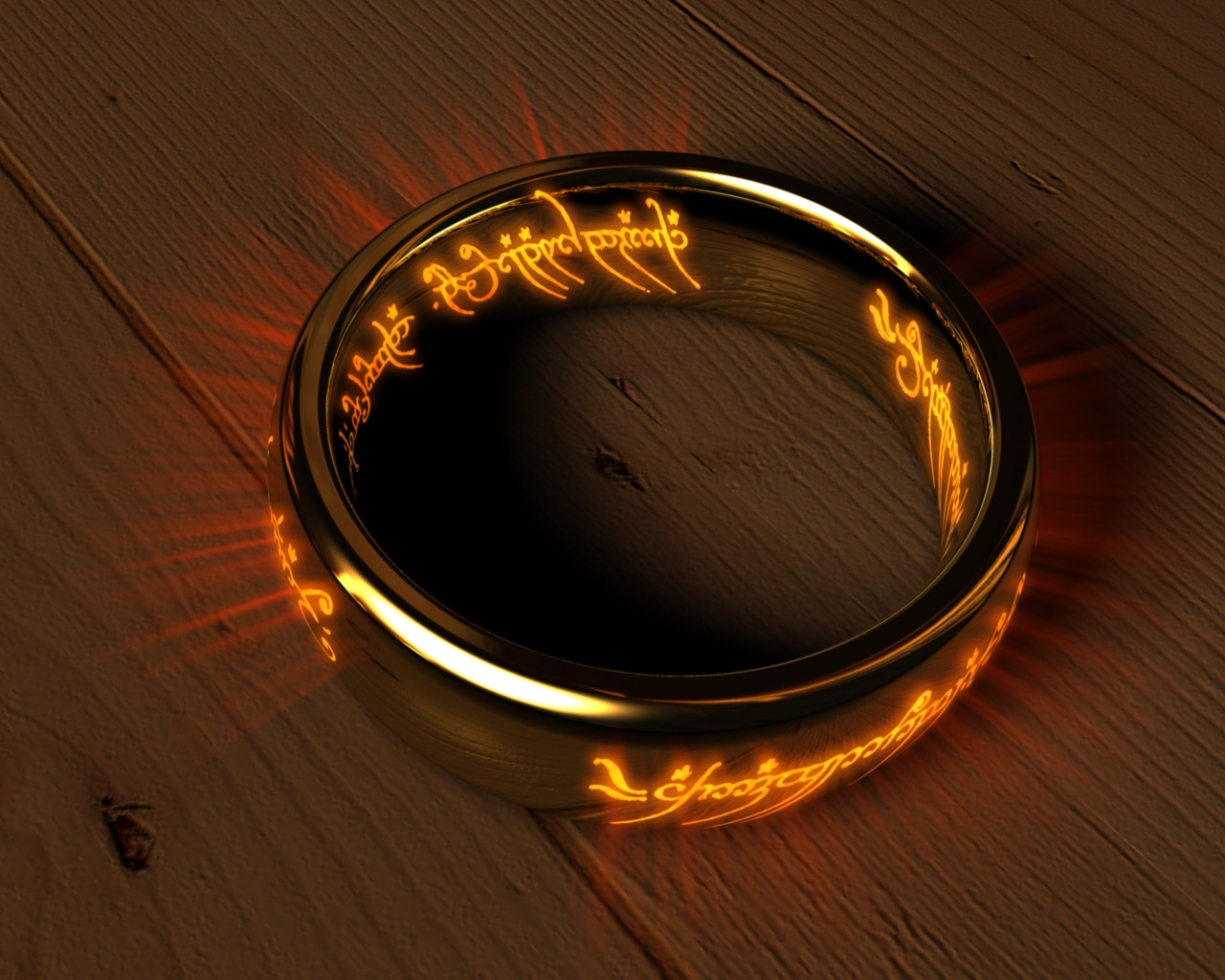 This strikes me as involving some sort of volumetrics, which Cycles supports (yay!), but extruding the actual geometry out and giving it an emission volume shader either produces extreme blocks of light or none at all (and it doesn't have that cool flame appearance).

Plain text on a plane would be perfect!

Using a Gradient texture you can fade the volumetric emission off however you want: 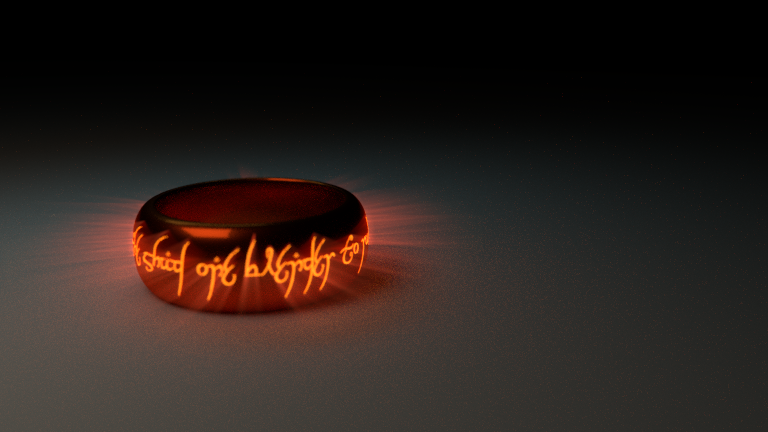 In this case, since it should fade out spherically from the center of the ring I used a spherical gradient:

In the image above the rays are made up of an extruded text object: 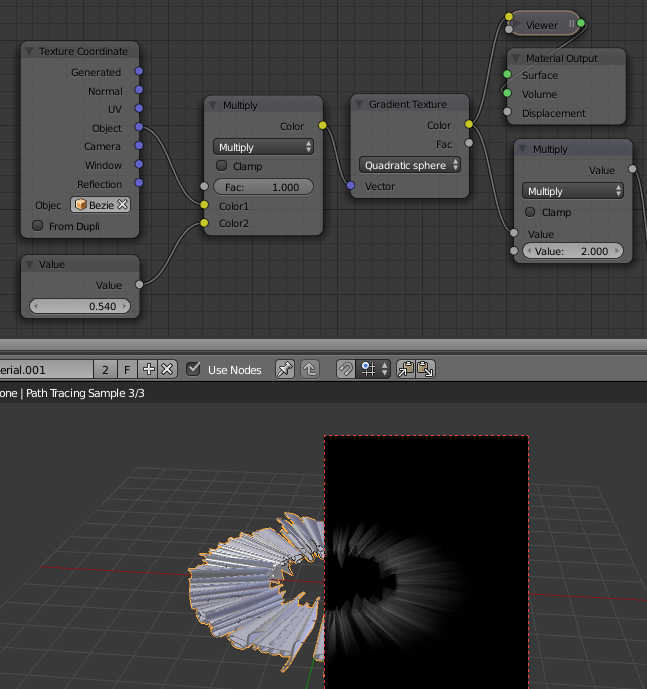 For linear gradients, you might not even need the gradient node. For example, the Generated coordinate system has 0,0,0 at one corner of the object's bounding box and 1,1,1 at the opposite corner. Using this, you could fade an object out along it's length by using one of the axis as the gradient: 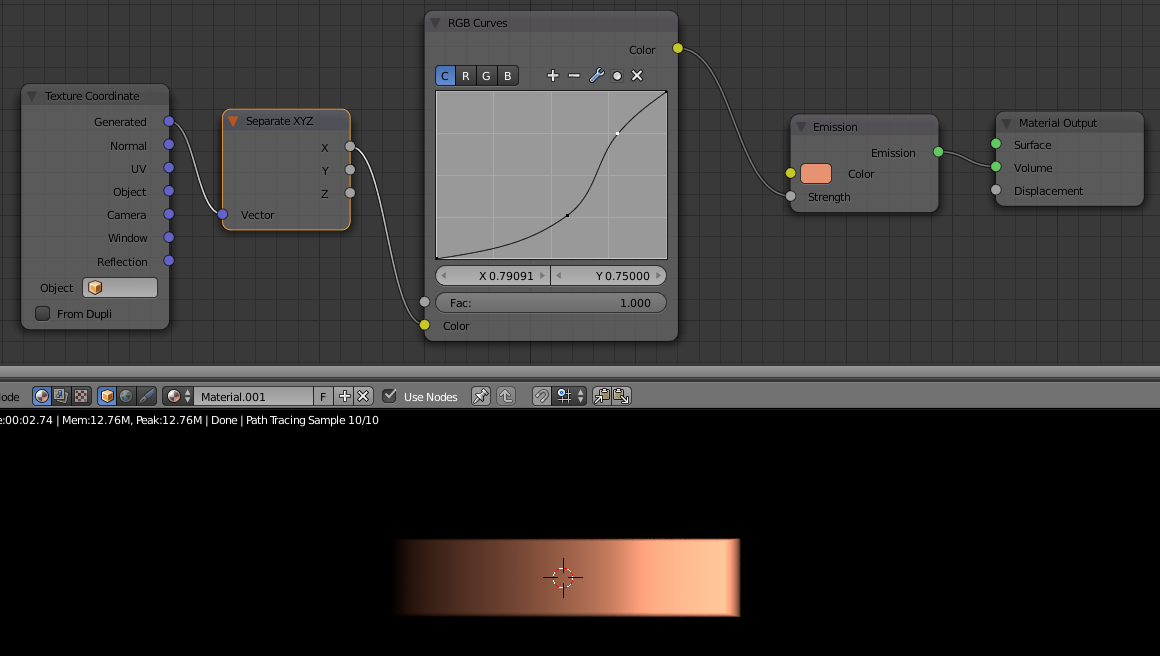 13
How to make sunbeams in blender?
19
Using volumetrics in Cycles I have to have the light strength super high
4
How can I soften my Volumetric Light borders?
5
How do you fade the edges of a model?
4
Why does the math node change the noise texture's color output to B/W?
0
Create a light ray effect?

6
Volumetric Spot Light with Cycles
10
How to create a hologram projection with light rays?
3
Light rays through glass
0
How to trace light rays
0
Volumetric light rendering a hard cut-off in the scatter rays
2
God Rays through window pane: Cycles