How to create a node group with a custom node tree?

Is there a way to make node groups with a custom node tree? The option is grayed out in the node menu. I checked Sverchok's implementation, but it also seems like they don't support node groups.

If you are comfortable with Python then having a reference implementation may be enough, the whole concept is a little complex to try to convey as a single answer because it involves describing many sub problems. In short, it is possible, but it's not trivial. you'll have to deal implement a few things:

Most of these can be copied almost verbatim from the reference implementation but others will likely need some modifications to fit with your own CustomNodetree type.

It takes a slightly different approach, it is not final but includes a lot of the same functional Operators / UI behaviour:

I don't consider this a reference implementation, but it may be of some interest. 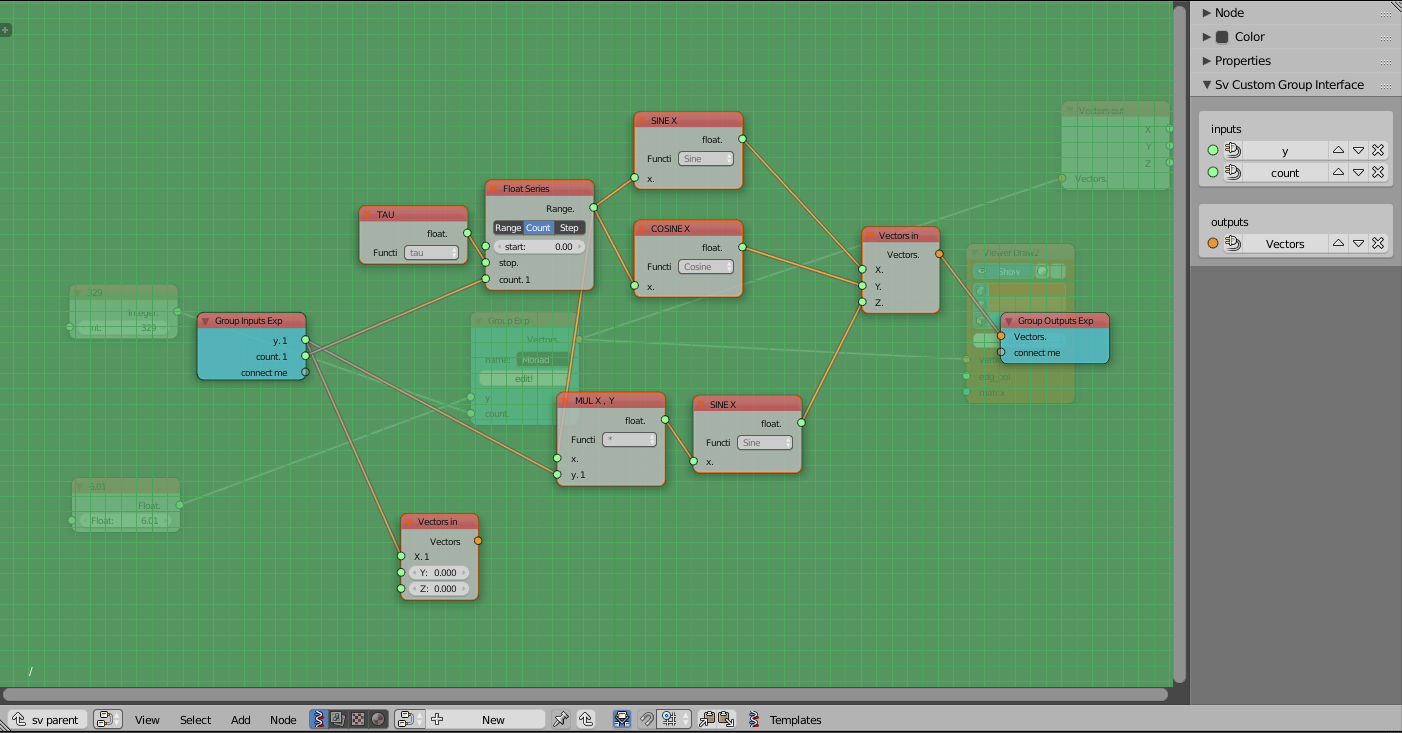 Not the answer you're looking for? Browse other questions tagged nodes pynodes or ask your own question.

5
How to group nodes in Sverchok?